The International University Sports Federation (FISU), representing university sport across the globe, had the honour of being present at the prestigious SportAccord Convention 2019 in Australia, ensuring university sports’ image continues to grow worldwide.

SportAccord is a not-for-profit organisation which annually brings together representatives from more than 100 International Sports Federations, with this year’s week-long Convention including an exhibition area, a themed conference programme and a multitude of networking events.

As both a world sport and business summit, the SportAccord Convention looks to drive positive and is focused on engaging and connecting international federations, rights holders, organising committees, cities, press and media, businesses and other organisations involved in the development of sport. 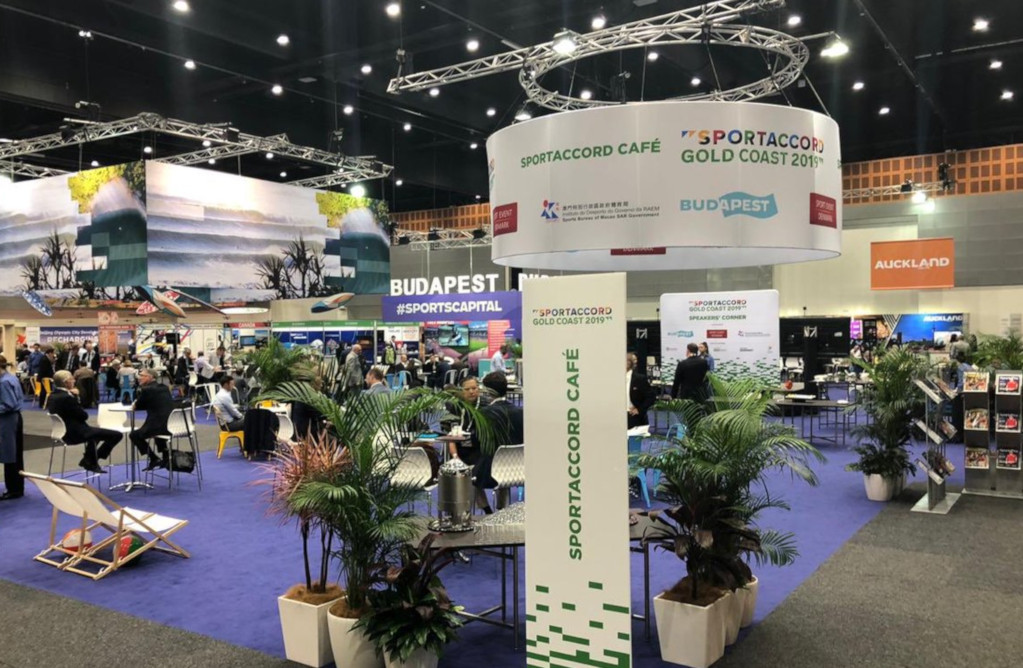 The 17th edition of the SportAccord Convention 2019 took place from May 5-10 at the Gold Coast Convention and Exhibition in Queensland, Australia.

In attendance were more than 1 700 stakeholders - including some of the world’s most high-powered sporting executives along with exhibitors and industry stakeholders – from 500 different international businesses, sports federations and rights holders.

Among these was FISU, which annually takes part in the SportAccord Convention to strengthen its position within the international sports movement and collaborate with the leaders of other sports federations, city representatives and potential business partners. 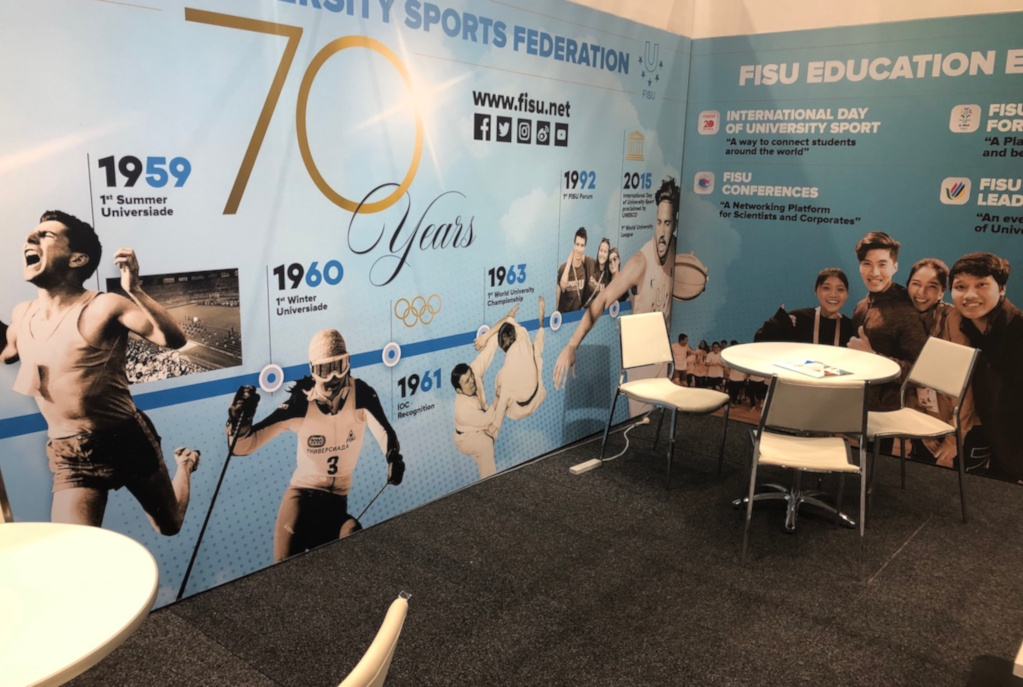 This year, FISU showcased an exhibition in line with its 70th anniversary celebrations, with a pictorial timeline of its rich history. As was done in preceding years, FISU organised introductory sessions for various world cities to better acquaint them with the scope of FISU’s activities in sports and education.

FISU President Mr Oleg Matytsin was given the opportunity to address the audience as one of the speakers at the closing ceremony, and spoke of FISU’s goal in increasing global participation at the organisation’s events.

"Widening the participation base is vitally important to us and something we are actively addressing with initiatives like the International Day of University and our new Healthy Campus lifestyle project," Mr Matytsin said. 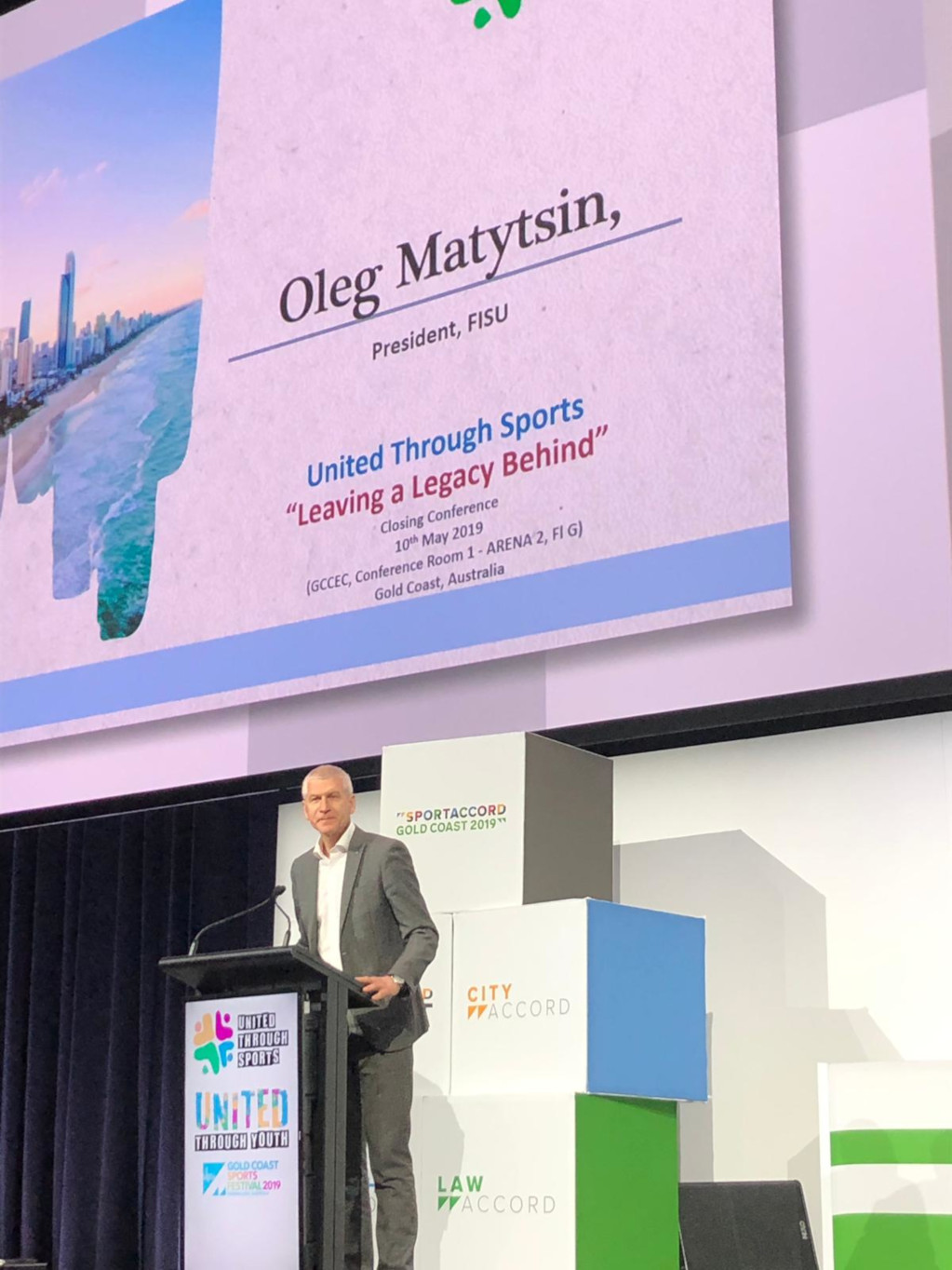 Mr Matytsin also made use of the opportunity to draw attention to the upcoming Summer Universiade, which will take place in Napoli, Italy form July 3-14.

"In terms of national teams, athletes and sports that will participate, it is set to be the world's biggest sporting event this year," he said. 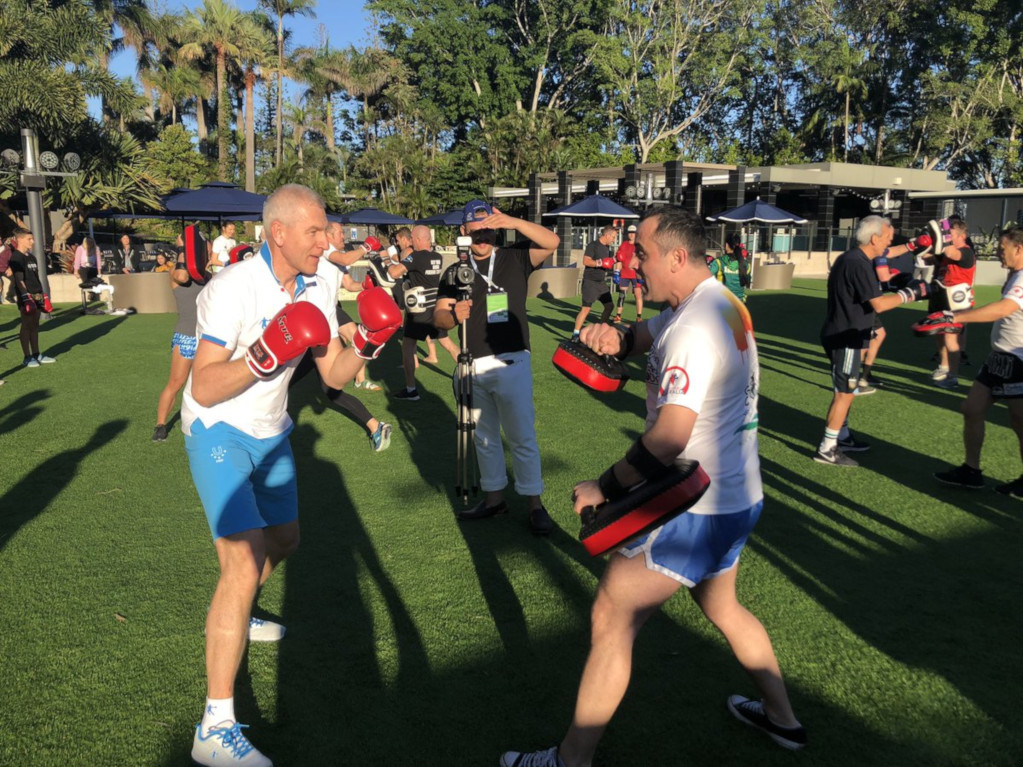 The Convention included physical activities as well, with President Matytsin participating in a Muaythai masterclass conducted by Alliance of Independent recognised Members of Sport (AIMS).

The next SportAccord Convention will take place in the Chinese capital of Beijing from April 19-24, 2020.