With just over a year to go until the highly-anticipated event taking place in Poland, preparations in Lodz are in full swing, with a meeting between the EUSA Office and the Local Organising Committee held between June 13 and 15 to ensure that operations remain on track.

The delegation was honoured to begin the visit with a meeting with the Vice-Rector for Student Affairs at Lodz University of Technology Mr Witold Pawlowski, following which various inspection visits were conducted at several venues around Lodz which will be utilised at next year’s Games.

The Local Organising Committee was able to present an update on their activities and progress, following which several discussions took place regarding the sports programme and schedule, the cooperation between the Organising Committee and national associations as well as the upcoming EUSA-EUG2022 Convention. 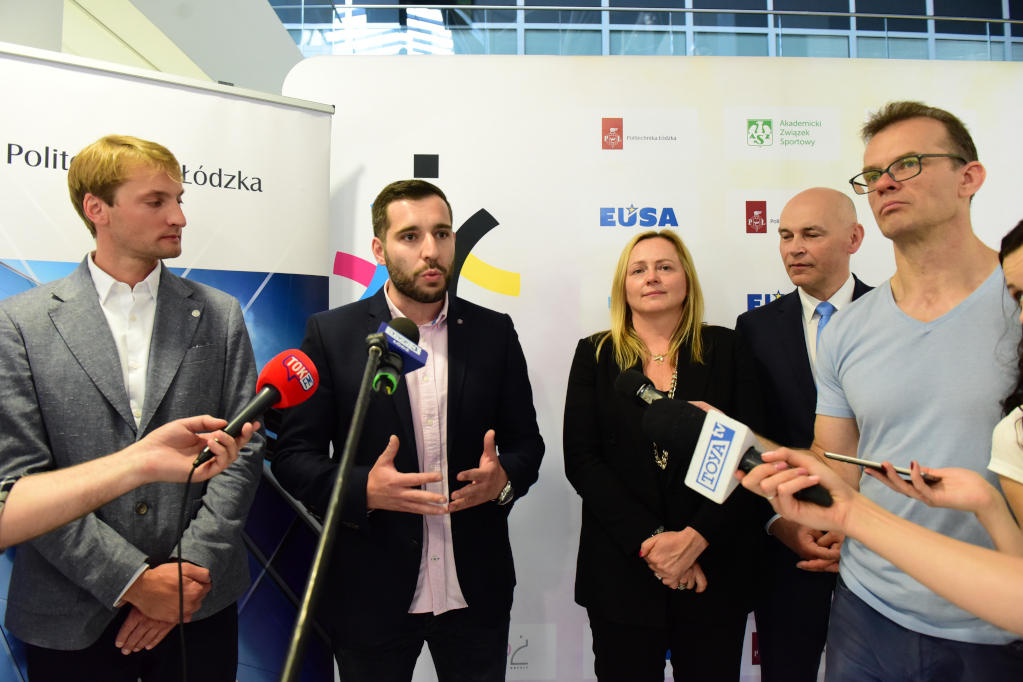 Further inspection visits took place the following day, where the delegation was also privileged to meet with Ms Joanna Skrzydlewska, Deputy Mayor of Lodz (Department of Revitalization and Sport), before a final press conference was held.

EUSA will next meet with the hosts at the EUSA-EUG 2022 Convention taking place in Lodz, Poland in September.