EUSA looks forward to 2021 Games, and beyond

The start of a new year brings with it hope for the future, with EUSA hard at work in preparation for this year’s highly-anticipated 5th edition of the European Universities Games, as well as the following editions in the coming years.

Since the first edition held in Cordoba, Spain in 2012, the Games have been organised on a biannual basis. The largest edition was hosted in Zagreb/Rijeka in Croatia involving almost 5500 participants, while the last edition held in Coimbra, Portugal in 2018 attracted over 4000 participants representing almost 300 European universities from 38 countries. The next edition of the European Universities Games will be held this summer in Belgrade, Serbia. 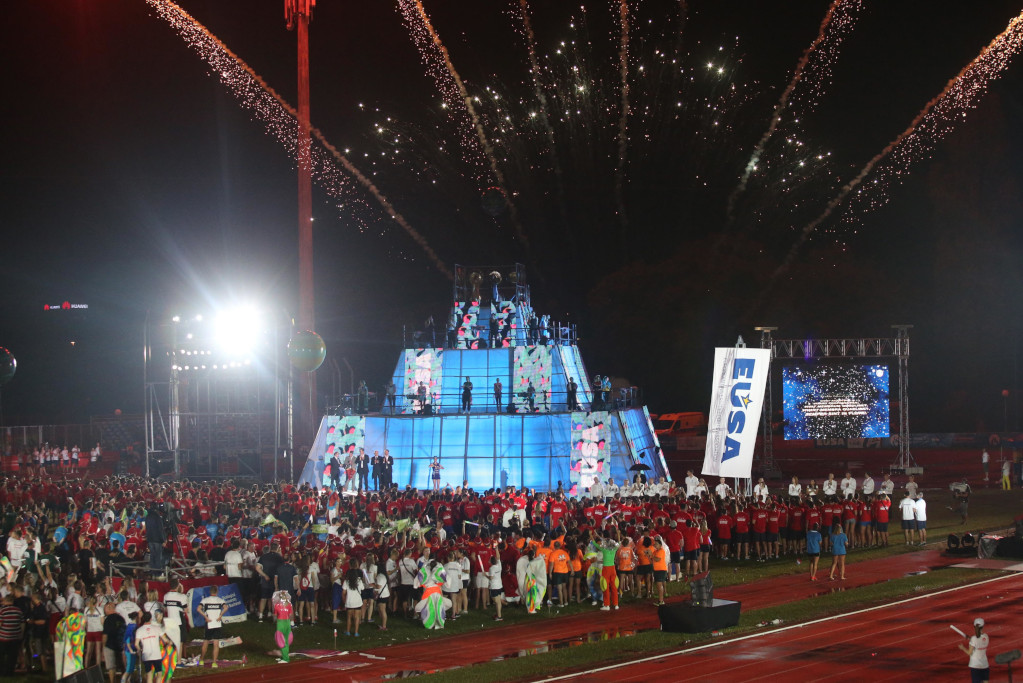 The postponement of the upcoming edition of the European Universities Games has not deterred local organisers who have continued their preparations in earnest, preparing what will be a most memorable event taking place in Serbia’s capital city from July 14-27, 2021.

Twenty-one different sporting disciplines have been included in the EUG2021 sports programme, with two events for student-athletes with disabilities as well, namely Para Table Tennis and Sitting Volleyball. Besides the sports events, the Games will also include various conferences and workshops that will focus on an array of topics affecting university sport across Europe, as well as a unique social programme enlightening participants about the local Serbian culture.

The first registration deadline for the European Universities Games is Friday, January 15. Interested participants can visit eug2021.eu for more information.

Meanwhile, progress is already being made in Lodz, Poland ahead of the sixth edition of the European Universities Games, taking place in the summer of 2022. EUSA has been engaging with the local organising committee who are fully committed to the hosting of what will be the biggest university sports event in the country since the 2001 FISU Winter Universiade.

The announcement of Lodz as host of the sixth European Universities Games at the 2018 EUSA General Assembly in Madrid, Spain was simultaneously made alongside the confirmation of Debrecen and Miskolc as the hosts of the 2024 European Universities Games in Hungary. The Hungarian University Sports Federation has hosted several EUSA Championships in the past, yet the 2024 EUSA Games is expected to be the biggest university sports event in the country in over four decades. As has been the case for all editions of the European Universities Games, attribution is given well in advance in order to give adequate time for host cities to prepare for these prestigious multi-sports events. Thus, the bidding process for the 2026 Games is already open, giving the opportunity to potential hosts to submit their letter of intention by October 2021.

Hosting such an event not only brings about immense joy and excitement for the student-athletes taking part, but is also an opportunity for the host city, country and university federation to enhance their image on a global level, boost the economy of the local community and leave a lasting legacy for future generations to enjoy.