The Executive Committee meeting of the European University Sports Association (EUSA) was held on March 9-10, 2018, in Paris, France – the host city of the 2024 Summer Olympic Games.

EUSA Executive Committee members, staff and invited guests were greeted and welcomed by the President of the French University Sport Federation (FFSportU), Mr Jean-Francois Sautereau who expressed his pleasure in hosting the meeting in his home-country. EUSA President, Mr Adam Roczek, thanked Mr Sautereau for his warm welcome and proceeded to start the meeting with the approval of the meeting’s two day agenda. 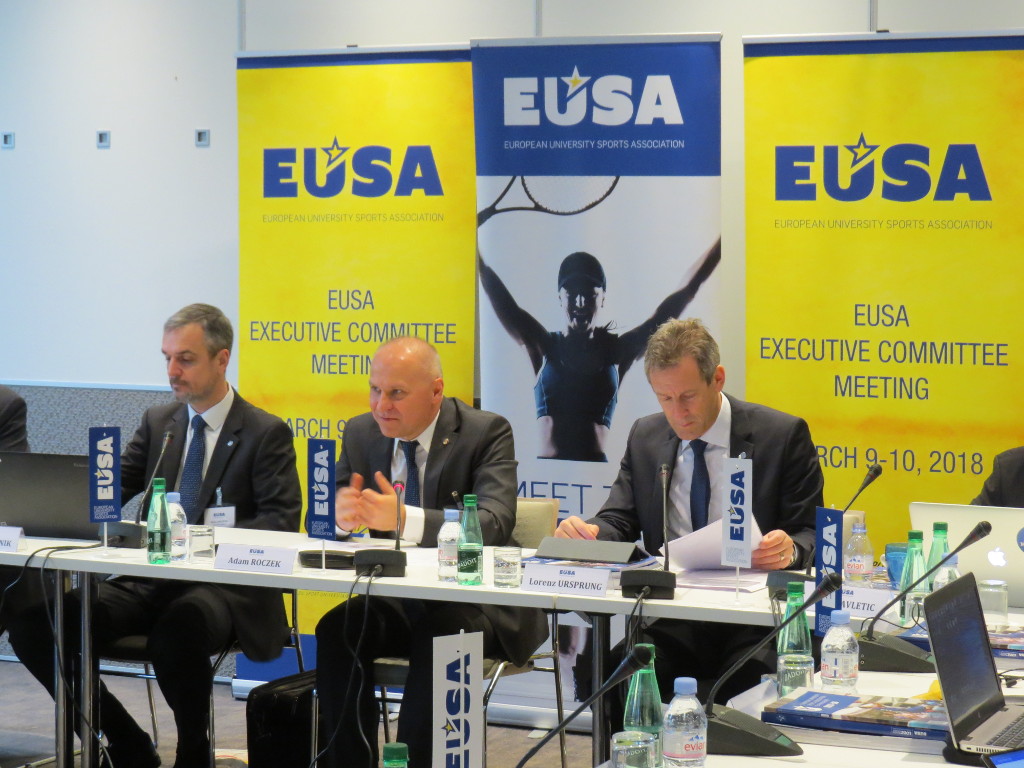 EUSA Secretary General, Mr Matjaz Pecovnik began with the office report, a general overview of the recent important activities of EUSA Office, before passing the floor over to EUSA Treasurer, Mr Lorenz Ursprung who provided a deep insight into the financial accounts and audit Report. 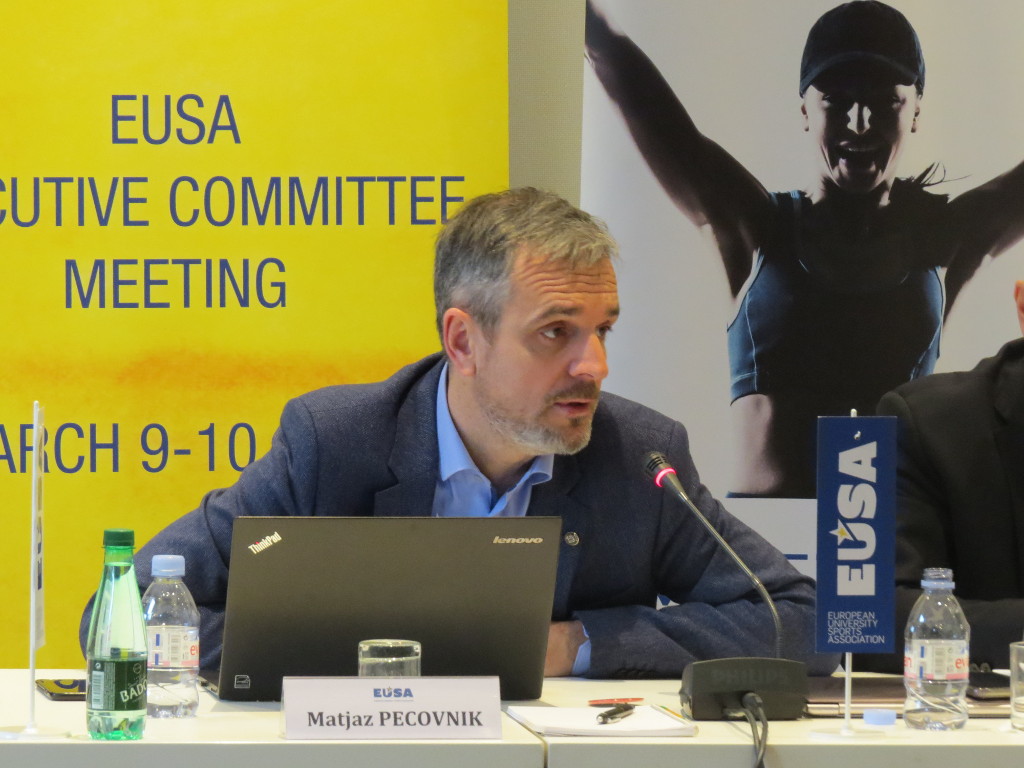 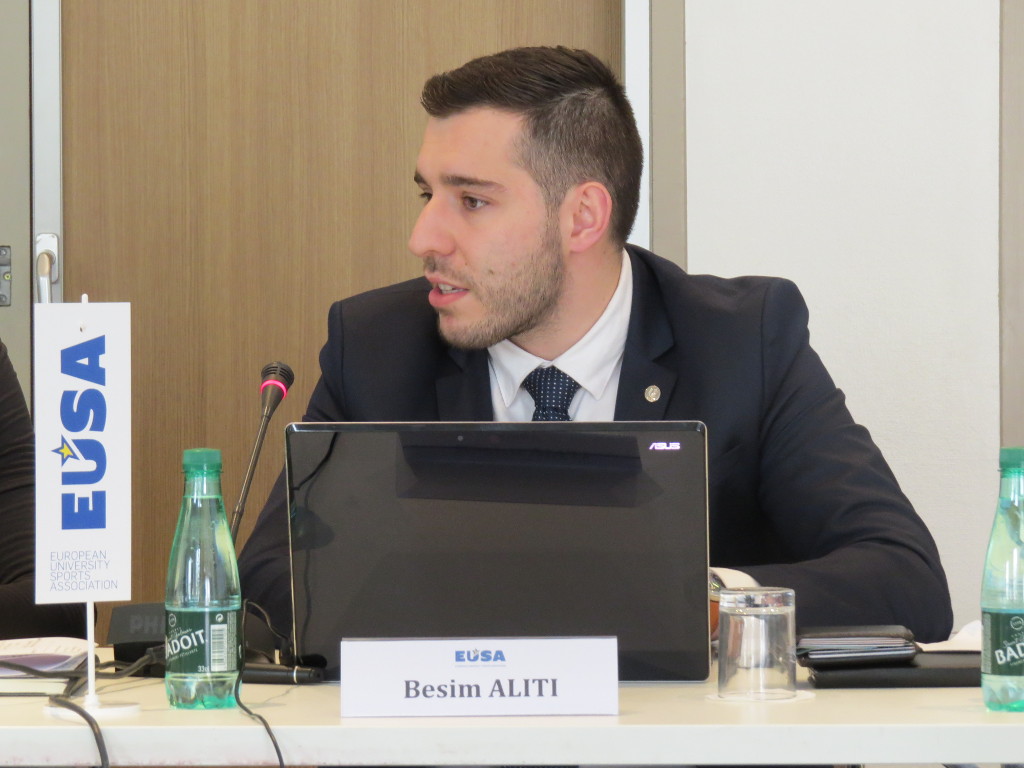 Ms Sara Rozman, EUSA Education and Development Manager, went in detail through all of the new EU funded projects which EUSA are either the leading, or partner organisation, before Mr Pecovnik gave insight to the FISU supported projects that EUSA are engaged with. 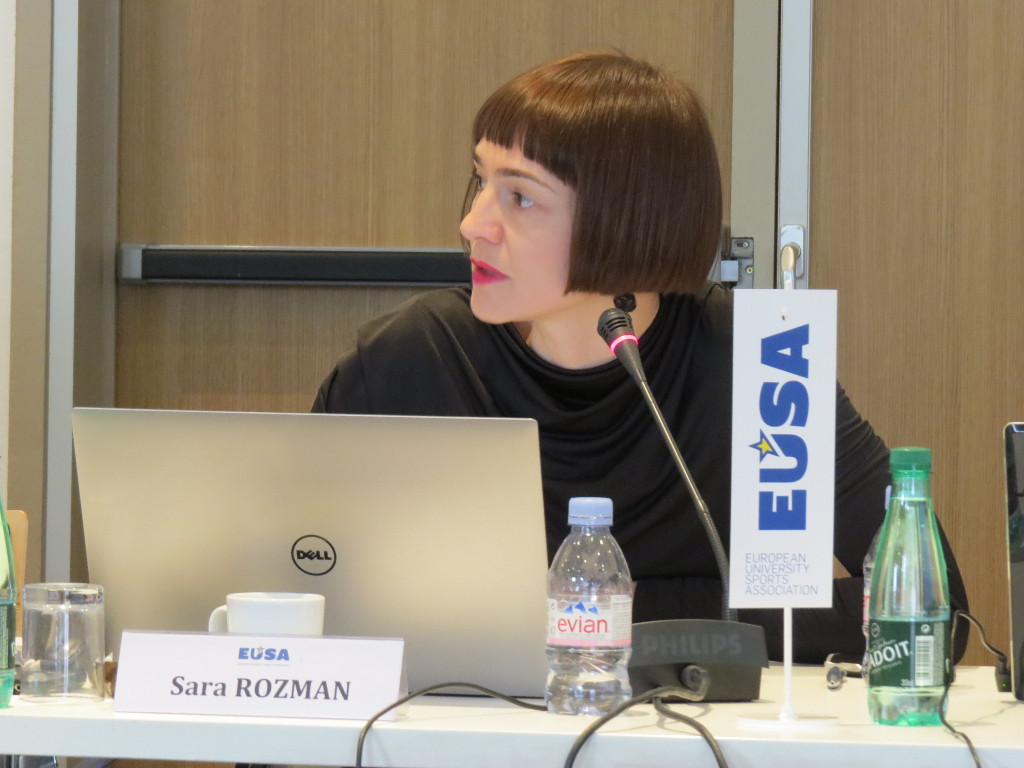 EC member, Mr Aitor Canibe Sanchez provided a progress report on EUSA General Assembly 2018 which will be held in Madrid, Spain, at the start of April. Time was also given to discuss the next work meetings, including the next EUSA Executive Committee meetings and EUSA Conference 2019. 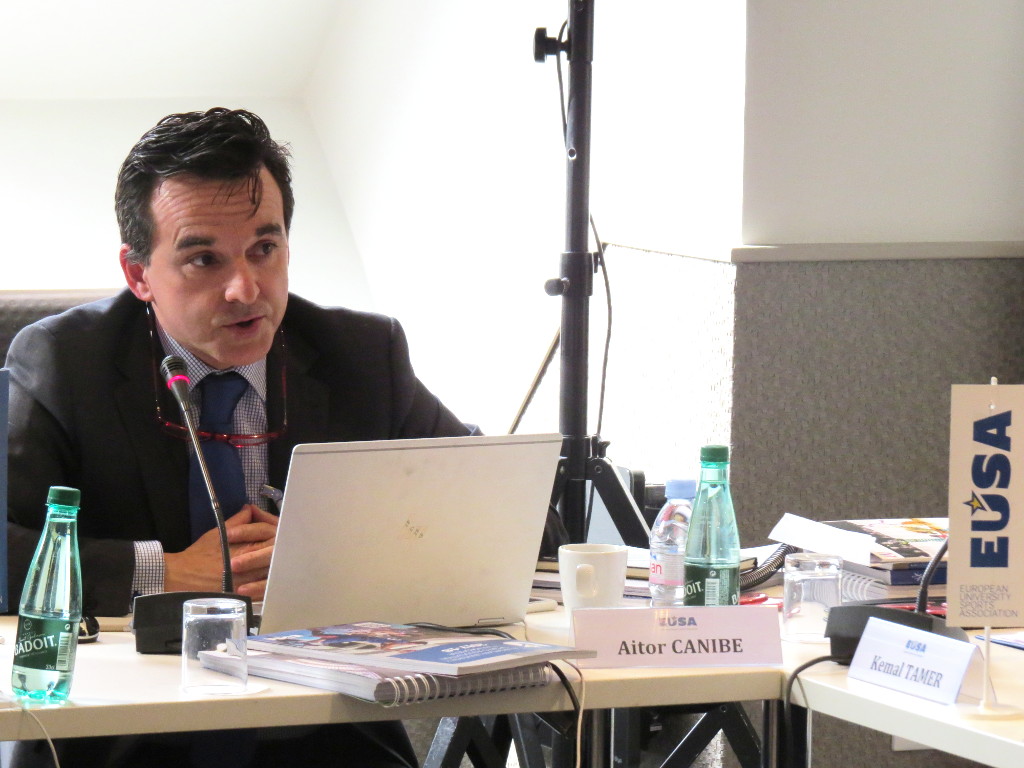 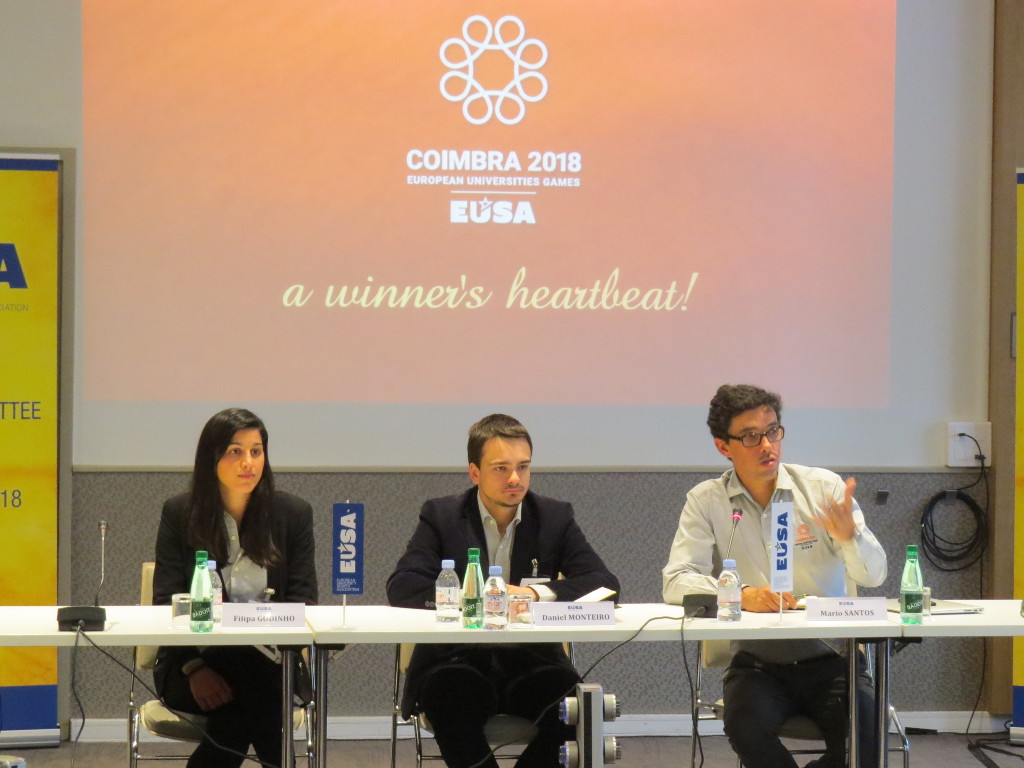 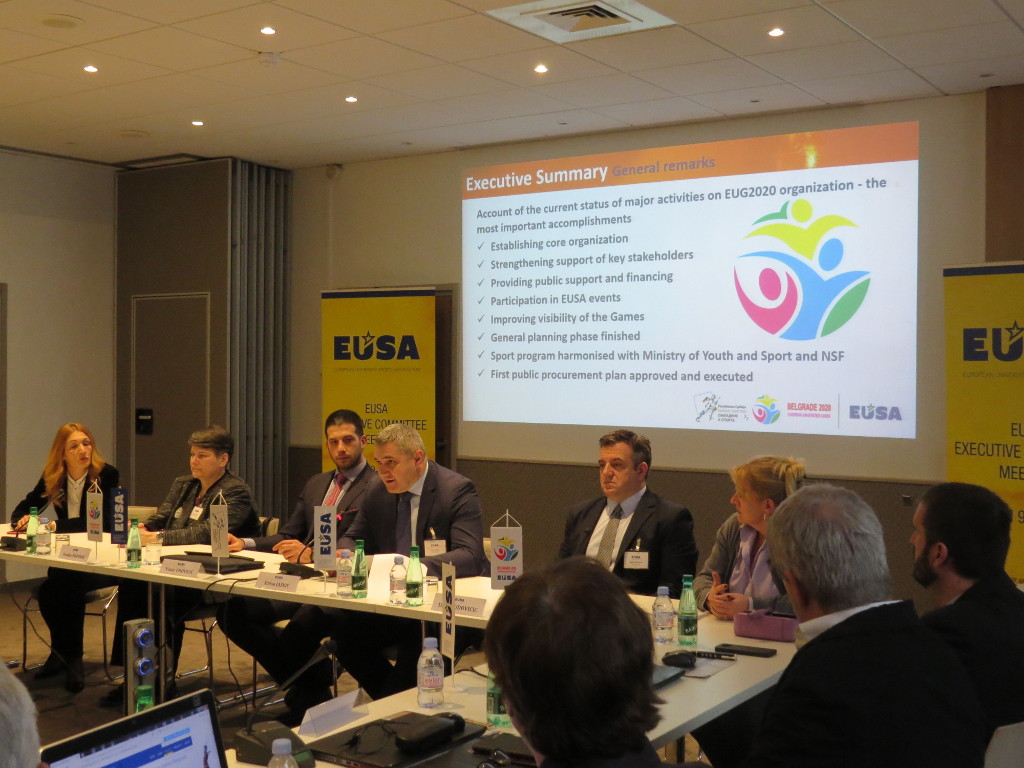 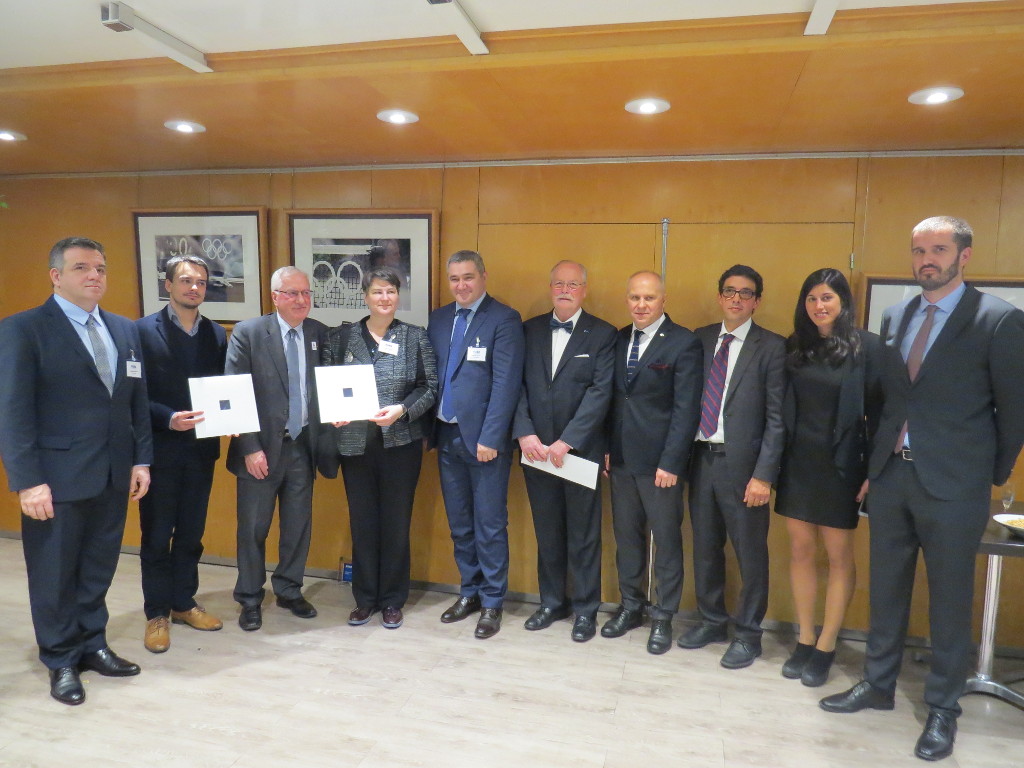 The meetings began once again on the following day, where the board began to speak about international cooperation and EUSA member federations. President of the Swedish University Sports Federation, Mr Sture Espwall was invited to present how the university sports field looks like in Sweden, including their “Vision 2020” and the European Universities Rowing Championships 2019, which will take place in Jonkoping. 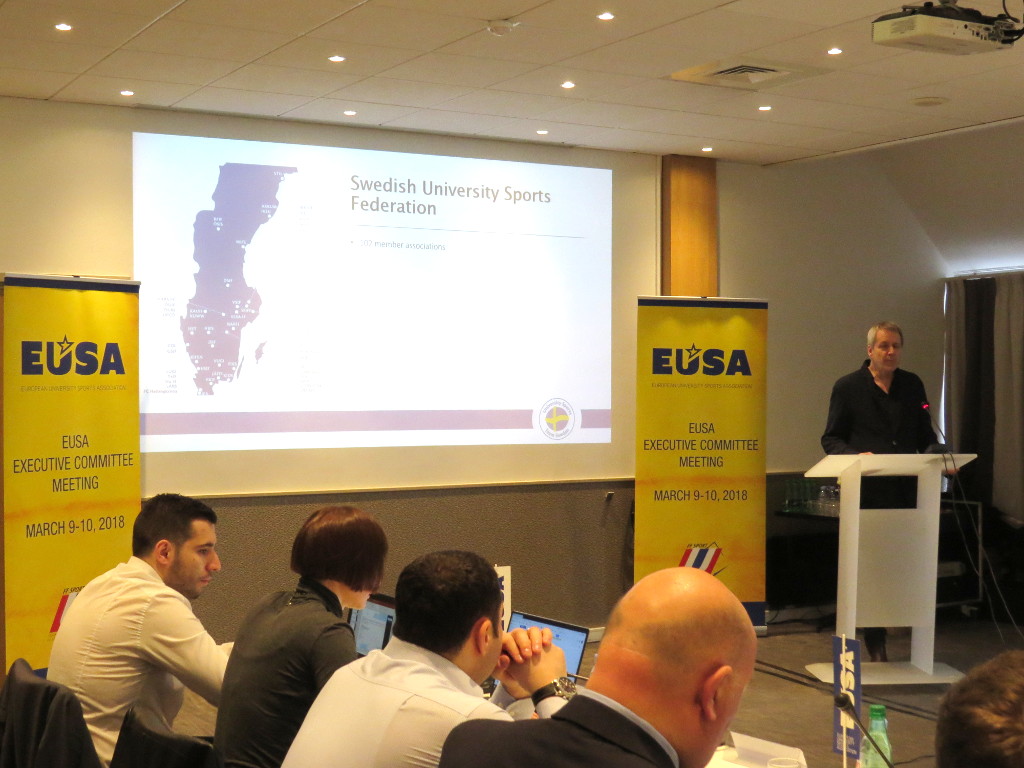 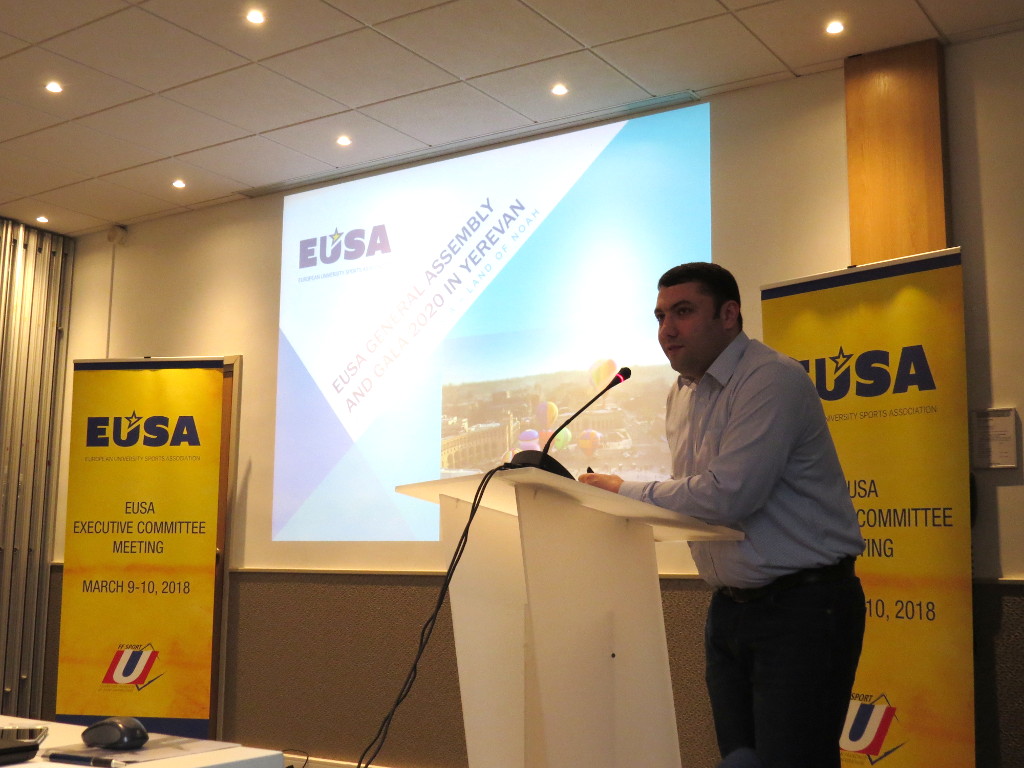 EUSA Treasurer, Mr Lorenz Ursprung lead discussions of EUSA’s development strategy plan which was formulated with the assistance of the other members of the Finance and Marketing Commission, Mr Aitor Canibe Sanchez and Mr Bill Thompson, together with Matjaz Pecovnik, Secretary General, who met earlier in the month. All members of this commission presented alongside Mr Ursprung, which lead to lengthy discussions in the room. 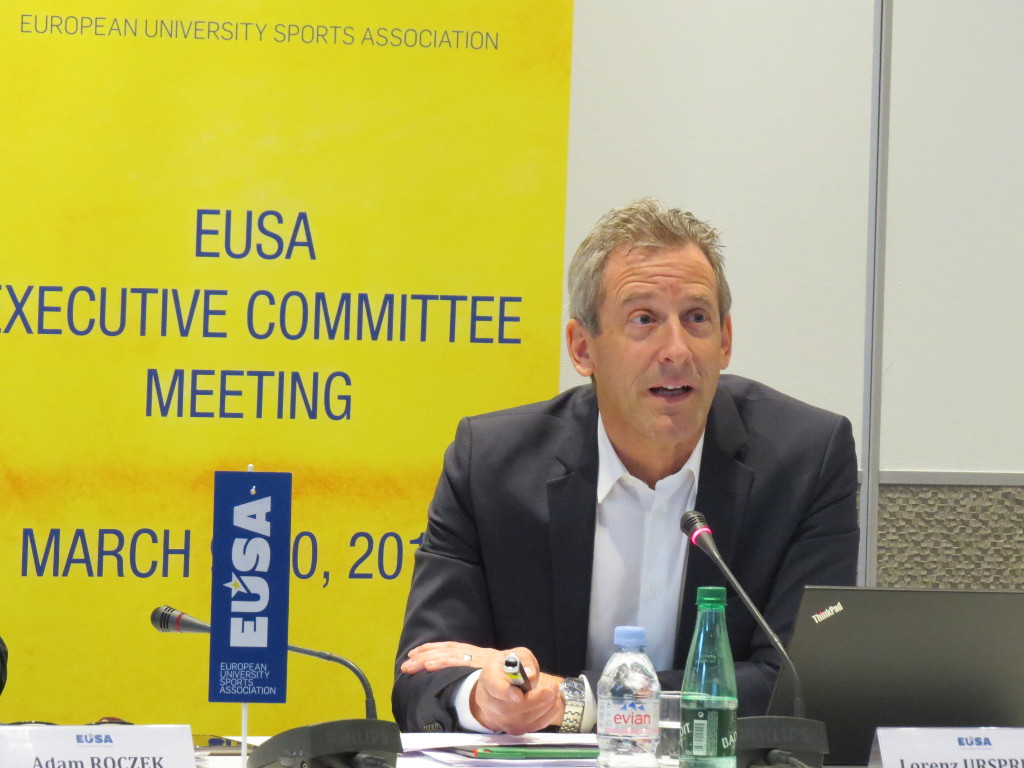 Several EUSA commissions were then able to present reports into their work in the last few months, starting with the equal opportunities commission which was presented by Mr Aitor Canibe Sanchez, who is the chair of the commission. 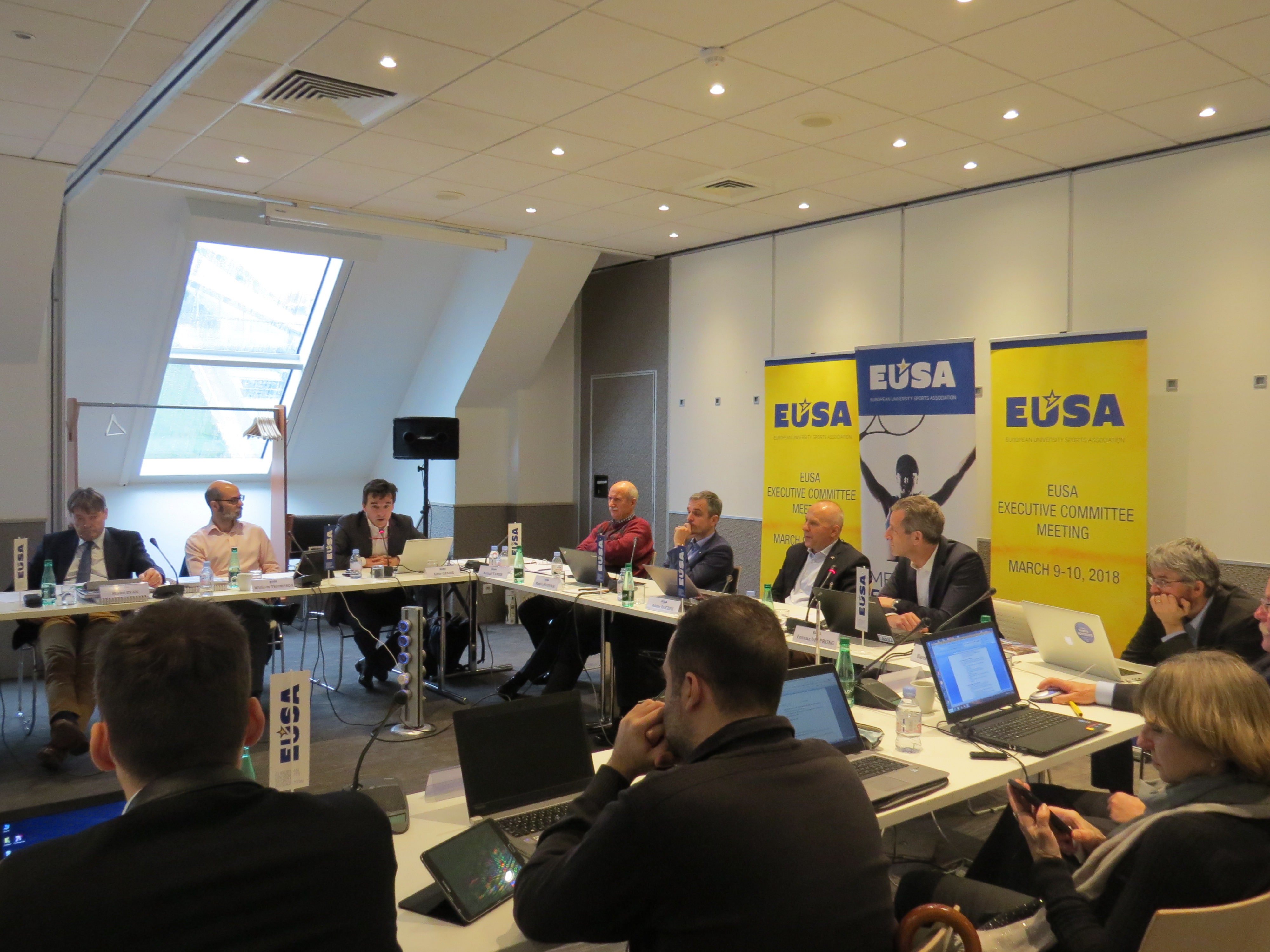 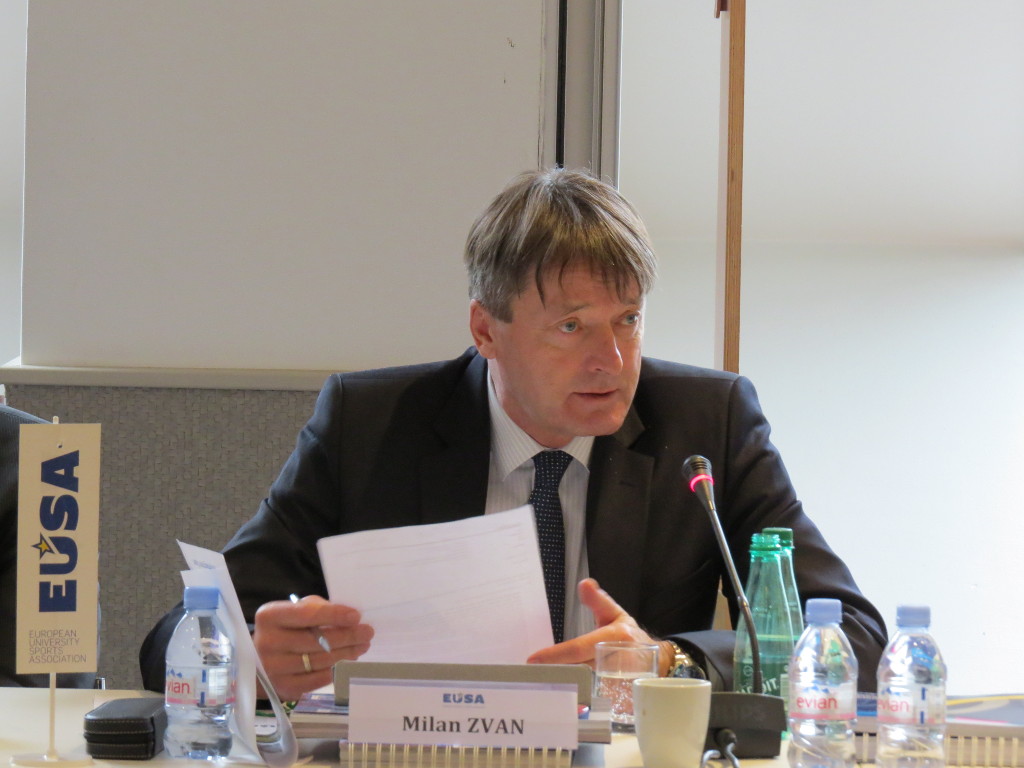 Mr Bill Thompson, Chair of the Media and Communication Commission discussed the proposed activities of the commission on the lead up to the EUG2018 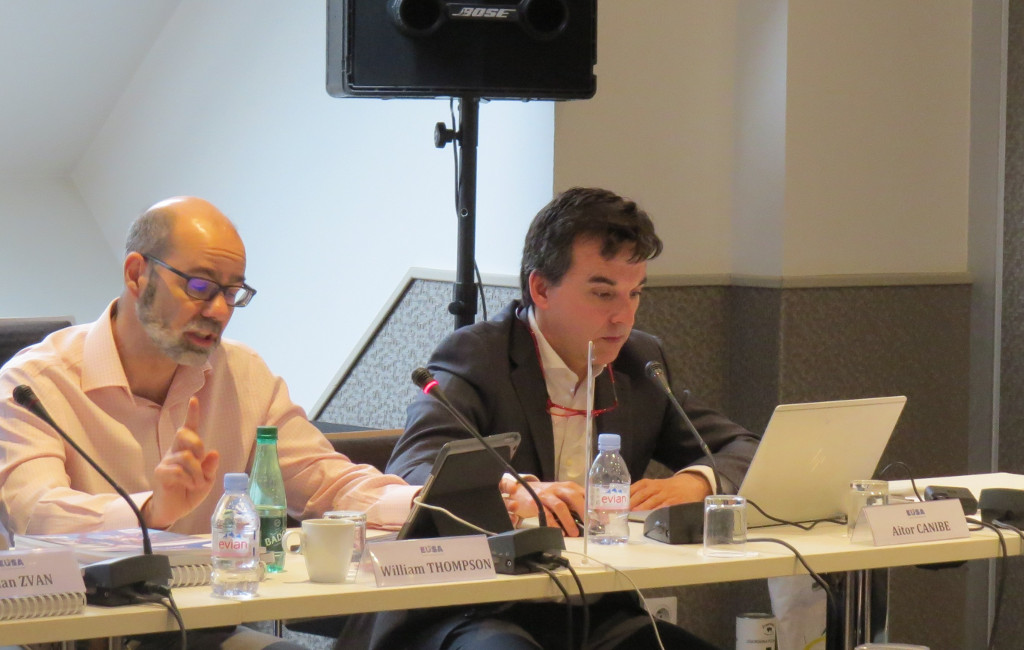 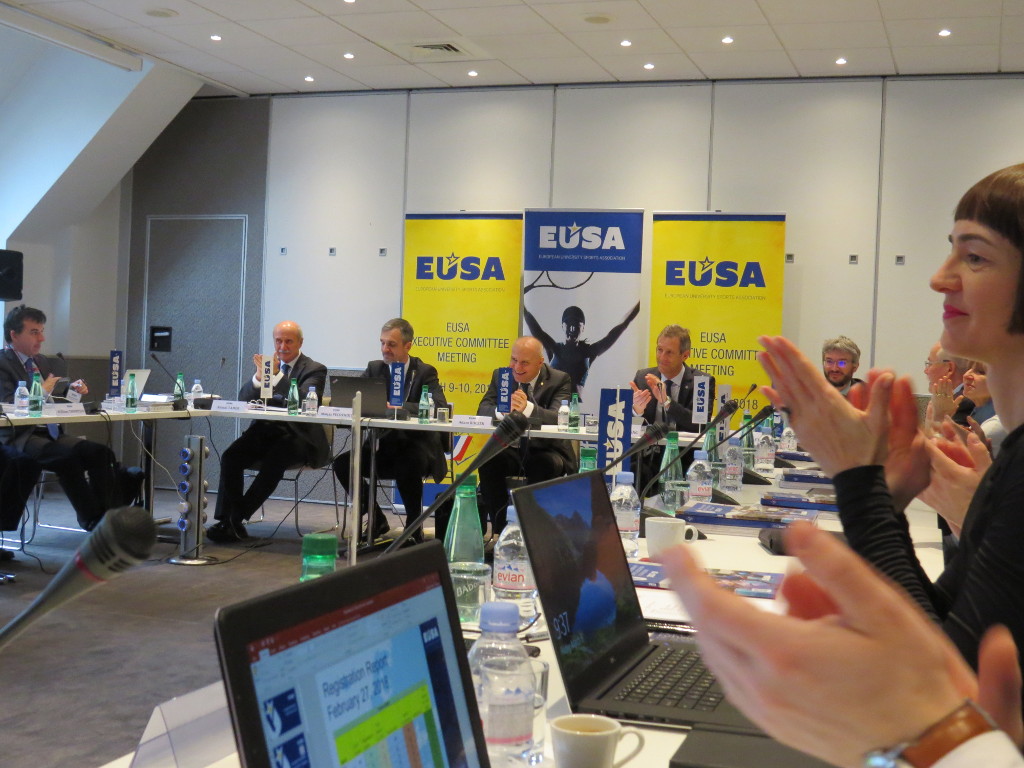 The second and final day of meetings was concluded at the FFSportU Headquarters in Paris, where FFSportU President welcomed EUSA Executive Committee and thanked them for their hard work over the last few days. The event was also attended by members of the executive committee of FFSportU, which has a large student compostion. EUSA President, EUSA Executive Committee, and EUSA Staff were able to have relaxed conversations with the individuals involved with FFSportU and discuss the future of university sport in France and in Europe. 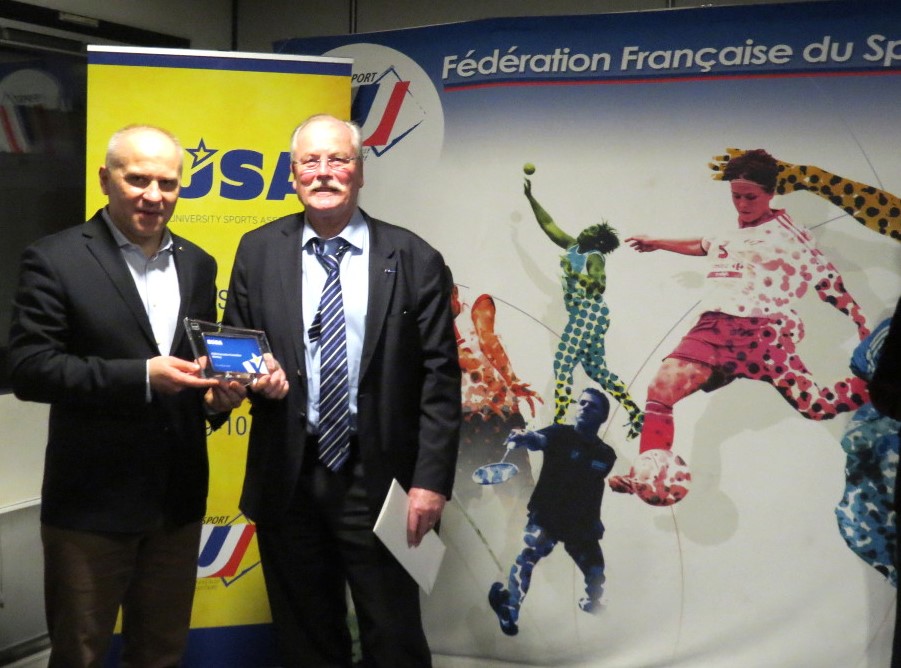 European University Sport Association would like to thank once again FFSportU for hosting this EUSA Executive Committee in Paris, and we are looking forward to seeing French student athletes competing for medals in Coimbra for the European Universities Games this July.