What's up: International sports events much more than sports

International university sports events are a great opportunity for students from different parts of the world, involved in the process of higher-education to come together and compete. But competitions are not the only focus and experience; here is a personal experience story.

My name is Shiran Granot, I am a student in my third year studying Physical Education. I live in Kiryat Tivon which is located in the north of Israel. I play Water-Polo and I run long distance, at my College I serve as the sports coordinator of the Student Government and I also volunteer at Israel ASA (Academic Sport Association) sporting events. This year I took part in the ASA Championships held in the south.I participated in the leadership conference which deals with social involvement of students in favor of the sport.

The Student Union together with ASA are involved in expending the sports programs in the colleges and universities around Israel. Together they provided many events such as basketball league, football, volleyball, tournaments and competitions in biking, running, athletics and more. 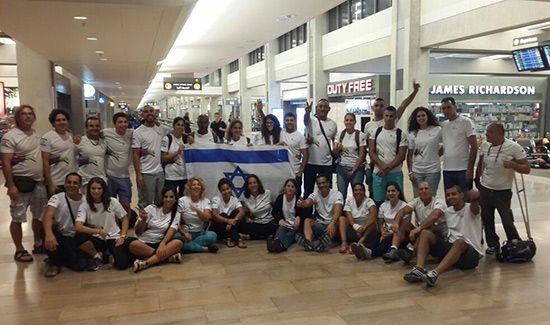 In the past year have I started to become more involved in rowing dragon boats- a sport which has an old history and is very unique. The group is made up of different sets of individuals from all over the country, men and women, Jews, Druze, Muslims, Bedouins, young and old, kibbutzim, moshavim and urban. As you can see we other sport to all different types of people from various different social backgrounds.

Rowing Dragon Boats is a sport born in China which is more than two thousand years old. It has many fans all over the world from Canada to Iran, and from the United States to Hong Kong. This sport is based on a boat that is similar to a canoe length, it has 22 crew members - 20 seek, coxswain and a drummer. The Key for good Dragon rowing is unity, listening and cooperation. Only teams that row together, at the same pace and perfect synergy, can develop quickly and win. 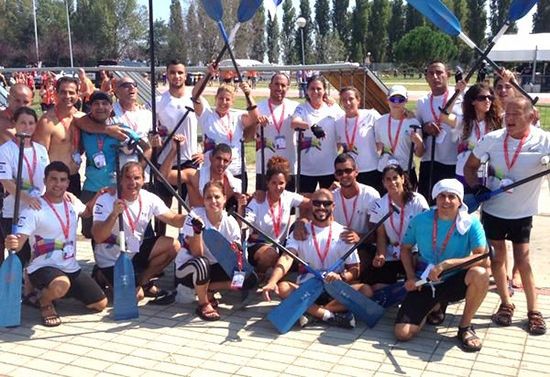 Our team from Ohalo College - 'Ohalo-Dolphins' was formed less than two years ago; it started with a group of PE teachers and students from the north. Meanwhile many more excited rowers joined us and began to invest in the sport. Last year we won the 2013 Israeli championship of Dragon Boats, and we have been selected to represent the country at the World Championships held in Italy for groups. Representation is very important to us for several reasons; first of all, it's clear that we love the sport, it is challenging and the desire to be the best, most powerful and fastest is in our hearts, But beyond that, we really feel that we have created, without meaning to at all, a team that reflects the true and beautiful society. Almost all the diversity of population in this country are represented in our team. We all row together, in strong cooperation and amazing mutual encouragement.

We showed the world the Israel that is not so familiar. The group that contains such different cultures - also in a way is so similar. At the end, we are all human. We are all in the same 'boat' and the experience and support we receive has given us a real pride and feeling of respect. 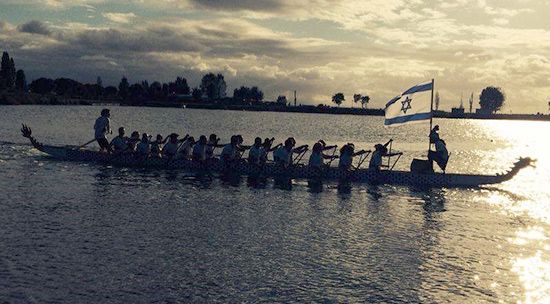 The World Championship took place on the 2nd of February in Turin, Italy. Delegations included representatives from all over the world. We who represent all groups from across the human spectrum fit together in harmony and were ready together to represent our countries. The group's achieved its record – we got to the semifinal - 200 m. with an amazing result of 53.3 seconds, which is an Israeli record.

Giving, listening and believing was what composed a handful of people to the benefit of the society. This is what we believe leads to a better and healthier society. In these days of polarization and hatred, and after a hard summer there is hope with the rowing team of Ohalo, for a better future of course!