The last Executive Committee Meeting in 2011, which took place in Cordoba, Spain on November 25 and 26, concluded with the presentation of the bids for the European Universities Games 2014 and its attribution.

Members of the Executive Committee were presented the reports of the inspection visits of the evaluation committee, performed in October by Mr Alberto Gualtieri, Mr Kemal Tamer and Mr Matjaz Pecovnik. The bidding cities: Wroclaw, Poland and Rotterdam, the Netherlands then presented their candidatures to host the 2nd edition of the European Universities Games in 2014. A draw decided on the order of presentation. 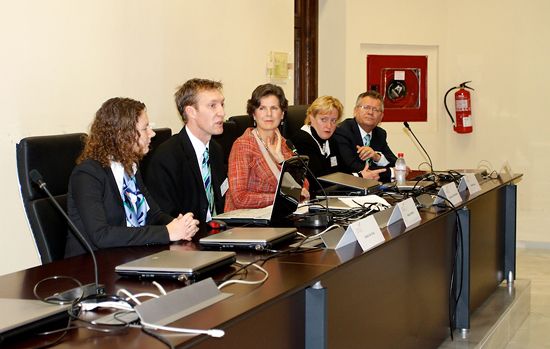 Both cities presented their cities, sport & accommodation facilities, reasons why they are bidding, and other details related to their candidature. The decision about the attribution of the bid was announced by Mr Alberto Gualtieri, EUSA President, after a vote of the Executive Committee Members. The host city of the European Universities Games 2014 is… 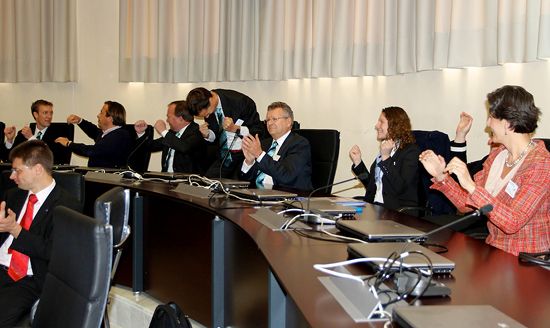 …the City of Rotterdam! 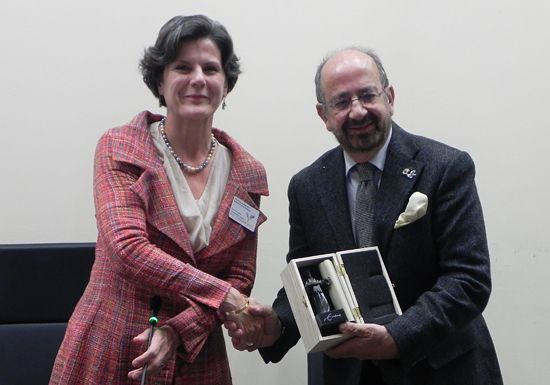 After the announcement, Mr Gualtieri congratulated the organisers and thanked both cities for participating and bidding. Mrs Van der Meer Mohr thanked the EUSA Executive Committee for their decision and entrusted task. She also commended the bid of the City of Wroclaw, as a strong competitor. The meeting and attribution concluded with taking a group photo, followed by a official closing lunch in the old part of the City, hosted by the Rector of the University and local city authorities. Apart from the meetings and receptions, the delegates also enjoyed interesting cultural and entertainment programme prepared by the hosts, which included culinary specialties, sightseeing and a spectacular equestrian show.