In the magazine, published with the extended contents and layout, also reflecting the new visual identity of the organisation, you will be able to find the welcome address by the EUSA President, current information on the structure of EUSA, including its member associations, Executive Committee, the Commissions and the Secretariat. 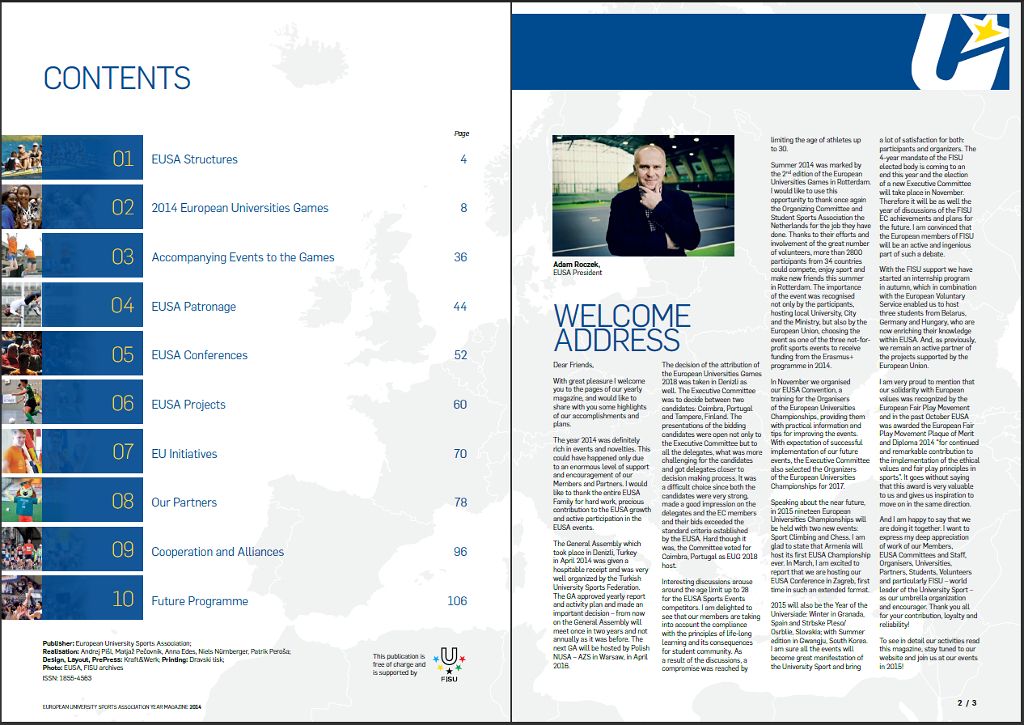 The main focus of the 2014 EUSA Magazine has been given to the 2nd European Universities Games which were held in the last year in Rotterdam. Besides the general overview and the statistics, each of the sports competitions has been introduced, together with the final standings. Emphasis was given also to the events accompanying the Games, both in terms of sports events leading to the Games, as well as social, cultural and educational events which were part of the programme. Masterclasses - series of workshops and round table debates got special attention in the Magazine as well. The magazine also reports on the events organised under EUSA Patronage, with special focus also given to EUSA Conferences and Projects, including the EUSA Conference, General Assembly and Convention, EUSA Convention among the first and the projects of EUSA - Volunteer Program, Equal Opportunities, University Sport Exhibition, Awards, Fair Play and EUSA Club of donors among the latter. As EUSA is a proud partner in projects and initiatives run or endorsed by the European institutions and agencies, or other partner organisations, receiving support by the European Union, Council of Europe and other institutional bodies, these projects were introduced as well. Special attention has been given to the introduction of the European Week of Sport (EWOS), which will be held under the slogan #BeActive in 2015 for the first time, promoting sport and physical activity throughout the EU. Other EU-funded projects where EUSA is a partner in have also been introduced, including the Sport employs YOUrope initiative promoting youth employment in and through sport, and the Strengthening Coaching with the Objective to Raise Equality – SCORE, encouraging women to pursue their coaching careers. 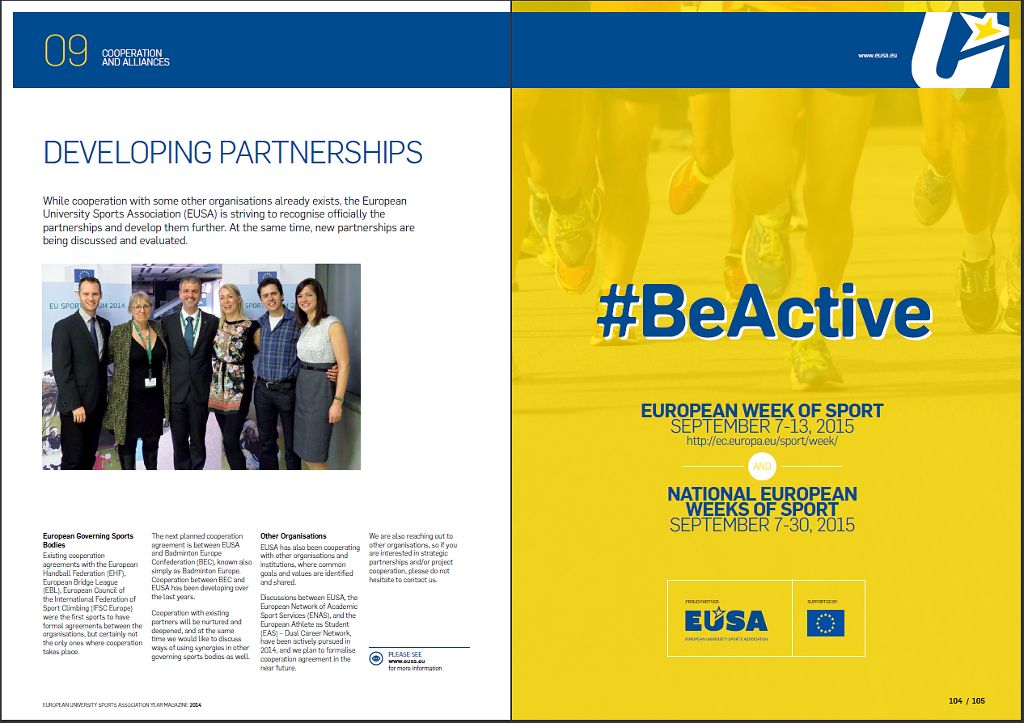 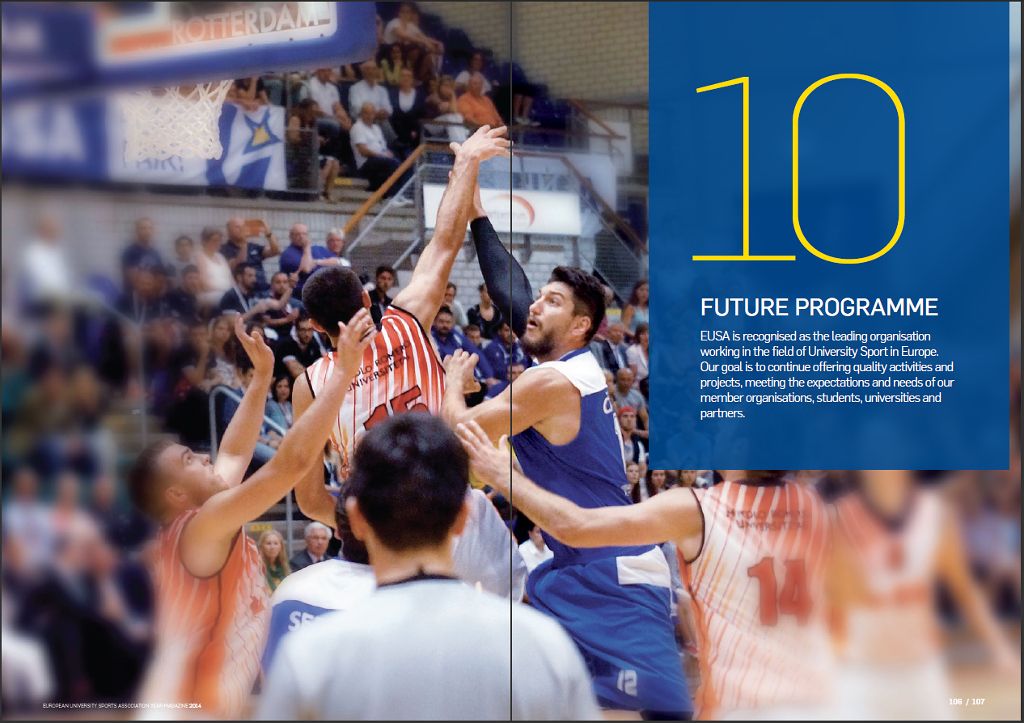 The last chapter of the 116-page publication is the Future programme, promoting the next editions of the European Universities Championships (2015 and 2017), and the European Universities Games, both Zagreb-Rijeka 2016 as well as Coimbra 2018. The 2015 Calendar of University sports events will help you with having an overview of the most relevant events in Europe, as well as beyond.

EUSA Magazine is a free publication, supported by the International University Sport Federation (FISU). Printed editions have been distributed at the EUSA Conference and Convention in Zagreb, will be distributed to all EUSA member federations and partners; they will also be available at EUSA events. The digital version of the magazine can be downloaded from the EUSA website. For additional printed copies, please contact the EUSA Office.