Israeli beach volleyball player Alexander Kopzon suffered a tournament-ending finger injury the day before the start of the 2019 European Universities Beach Handball Championships in Koper, Slovenia. Anna Zamejc caught up with the Israel Institute of Technology player, who kept his spirits high despite the disappointing setback.

You are probably one of the unluckiest players of these championships...
Probably, yeah!

Right before the tournament started, you broke your finger. How did that happen?
We had a practice on the day we arrived here – just to get a feel of the sand, the balls, the wind and the courts – and we only came half-loose to start the warm-up, not really ready for a strong play. But the couple we played against wanted to punch us in the nose. I got down in defense and the ball hit my leg and then bounced straight onto my finger. After that, we went to a hospital when they did an x-ray which showed my finger was broken in a bad place.

So there was no chance of playing in the tournament?
We thought there was a chance, but after we saw the x-ray, the doctor said it was better not to, otherwise I'd need surgery to fix it. I was told to sit out ten days and it'll be fine after that.

What was your partner's reaction when he realised you could not play?
It was not a one-moment reaction. In the beginning, I just heard a click and we thought I just had to rest and next day, with some ice and tape, I would be fine. But it started getting worse and worse and he slowly understood we would not play.

Was he upset with you?
He wasn't upset. We had the same situation, but the opposite, in Israel two months ago – when we were about to participate in a tournament there, he got sick. Just two days before the tournament! He was dead and couldn't get up from bed.

So now you're even...
Yes, we are even on this. And we are partners, we try to support each other and look forward to the next year. We will prepare better. 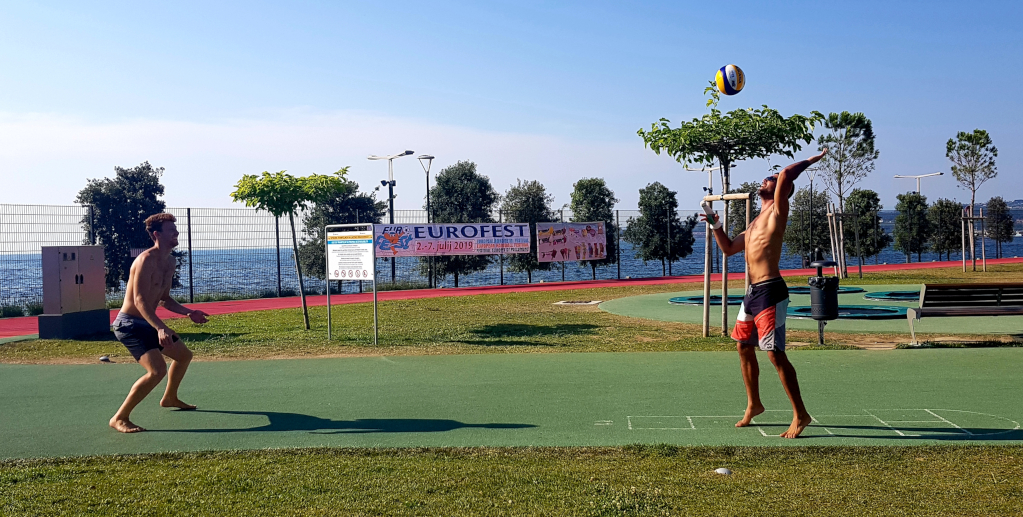 How long have you played together?
Not so long, it's only been half a year. He just started studying at Technion, and came from the boarding school of the national team, where I also stayed, but seven years ago. He came from an indoor volleyball bacground, and I then started showing him what beach volleyball was about. And now, every month he's getting better and better.

Getting back to the championships: you were at the courts every day after the accident ... you could have just taken the time to travel around and enjoyn the sea and the sun, but instead, you remained to watch the games and cheer for the other participants. Why?
Volleyball is my life. I wish I could do volleyball for a living, but there is not enough resources in Israel, so I'm trying to experience volleyball everywhere I can. It's already the fifth EUSA tournament I've come to so far.

You're also a full-time computer engineer. How do you combine studies, professional work and trainings?
Physical trainings are in the morning, before I take my kid to kindergarten. We practice three times a week, sometime around 6 o'clock in the evening, so it's after work. On Fridays we travel to the center of Israel, Tel Aviv, Herzliyah, Natanyah, where we can find better players to play against. So it's all about the schedule. Everything is written and planned ... well, except for this [pointing at his broken finger].

"Volleyball is my life ... I'm trying to experience volleyball everywhere I can."

You could not have predicted this, but what expectations did you have for this tournament before you got injured?

As I mentioned, it is the fifth time I participate in a EUSA Championship. Before I had a partner who was shorter than I, and he wasn't a professional volleyball player. We were playing all the time in just the pool stages, and would not make it to the upper part of the table. Then I played for rankings and this year, he came [the new partner]. He's a real player. We invested a lot of time in practice. About the expectations, it's hard to say, because the guys here are playing a different type of beach volleyball. In Israel, we have sandy beaches and we play on beach sand, which is deeper. Also, we play with strong winds. We can practice all year long in Israel, so during the beach volleyball season – which starts around March – we have our first tournaments in crazy winds, which really changes the game. Here, it is nice – it's easy to move on the sand, and easy to jump. The game looks more powerful and more interesting to watch. We really like it, because we both came from indoor and we like to spike hard.

So having trained in more difficult conditions, you could potentially have had an advantage...
Yes. If we played in a game against a good team, around 11am or 4pm when it's still really hot, we would be well-prepared for heat. Also at noon or 1pm, the winds are always stronger, so we could have had an advantage.

How did you actually get started with beach volleyball?
I started playing indoor and after that I had a choice to be a third outside hitter in the national team, or go to beach volleyball and travel to the European Championships. I chose beach volleyball. It took two seasons to understand that it's really a great game. In the beginning, it's quite hard: you come with an indoor mind, so you have to rebuild yourself.

What do you find great about beach volleyball?
The nature around it. You have more impact on the game with beach volleyball – it’s two against two, instead of sixes. Girls in bikinis ... what can be better? I also love the part where there's no coach who can come and tell you what to do, where you need to follow what he says. It's more like tennis or any other single-person sports. You are together on the court and you don't have a coach yelling ... it's like a brain fight. 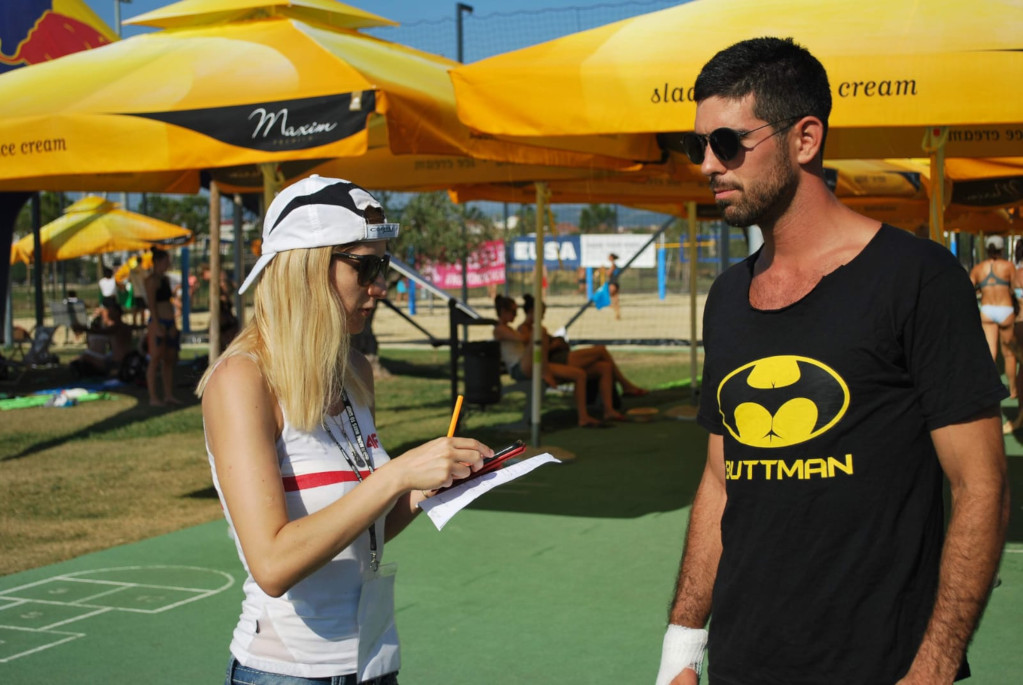 You have a volleyball tatoo on your back... What's the story behind that?
I finished boarding school and started to play in a league, and one of the middle blockers who was not so young anymore understood that you cannot live by just playing volleyball in Israel, so he started tattooing. I also wanted a tattoo, so I was thinking what would be nice to write there, what it was that I love the most in my life. And it was volleyball, so I drew a tattoo and he put it on my back.

What are your plans for the next two years?
Next year, I hope I will do my master's degree and we will keep playing. We already started a schedule for preparations for the next tournaments.

Anna Zamejc is a young reporter who was given the opportunity to report on this year's European Universities Championships as part of the PRODUCE project, of which EUSA is a partner. To read more about the project, click HERE.