Partners of the Erasmus+ project Innovating Football Leadership through Practice and Policy (iFLIPP) gathered on 7th of September in Rotterdam, for a meeting hosted by the Erasmus University Rotterdam reviewing the progress of the project and setting the next steps in supporting women and ethnic minorities in football and sport in general.

The meeting was opened with a round of short introductions of the present attendees and the organizations they are representing and it continued with a presentation of the aims of the meeting among which were to discuss and clarify the status of the project, to plan ahead future activities, the final conference, the dissemination of the project and the reporting and finances. 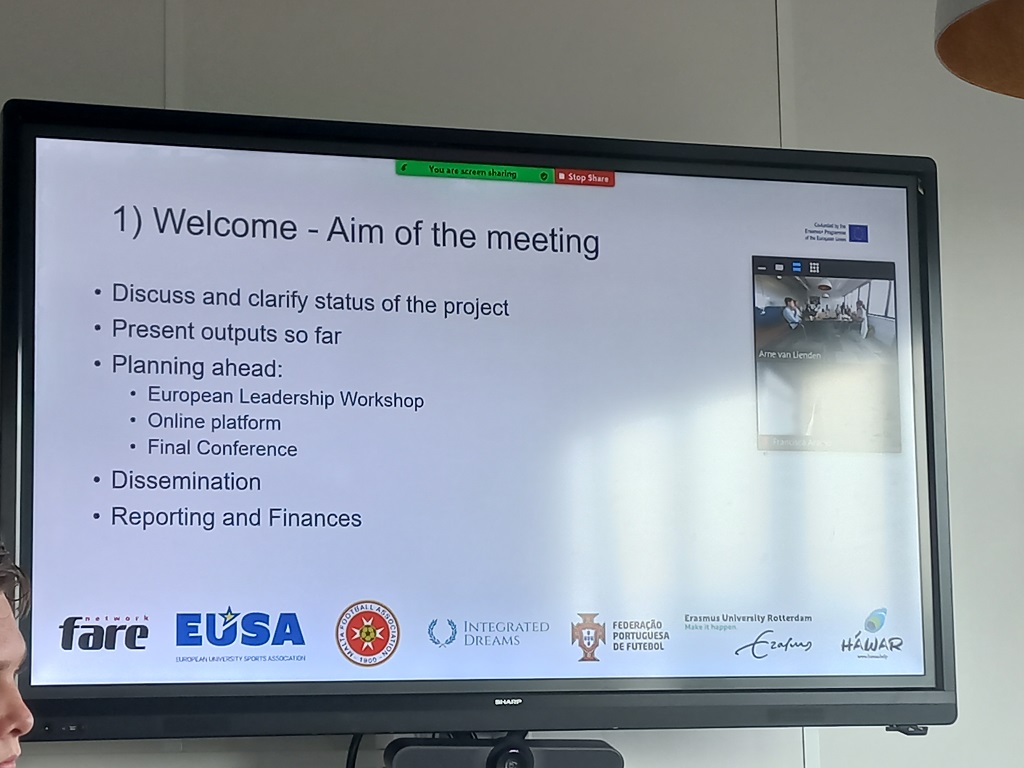 At the start of the meeting, a broader explanation of the timetable of activities to be carried out until the end of the year, was presented. The spotlight was given to the creation and publication of the European Road Map and the IFLIPP MOOC.

Mr. Jacco Van Sterkenburg, representative of Erasmus University Rotterdam carried out the presentation of Governance Index and details of the research put around it and the creation and realization of the MOOC, what steps were taken, what was incorporated in it, how will it look like and expected dates for publication of the MOOC on the Coursera Platform. 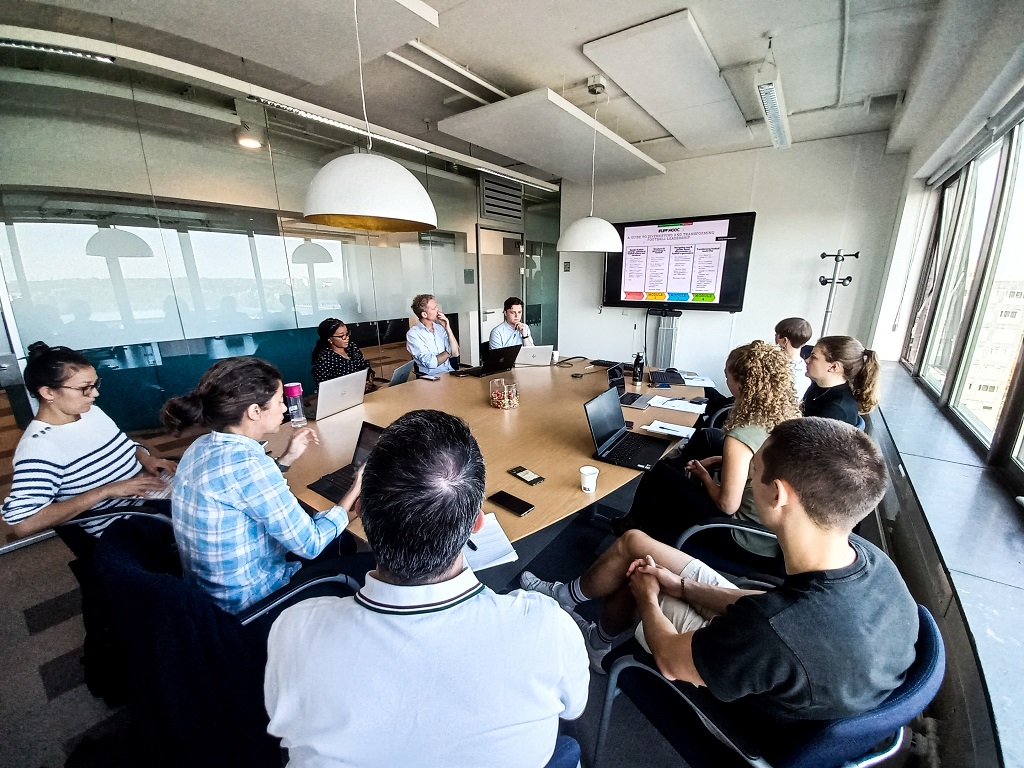 This MOOC is a guide to diversifying and transforming football leadership which showcases an overview of modules, with a specific theme and order, in which there are videos incorporated giving examples, best practices and guidelines on different topics related to football leadership and exclusion of ethnic minority people from football culture. This guide is aiming to help ethnic minority men, women and organizations who want to develop their work within football. After they complete it, there will be a possibility of getting a certificate based on the success of going through the modules. The presentation of the MOOC was followed up by a discussion among the partner organizations about the access of this guide, its usage at the leadership workshops as well as the dissemination of it among the targeted network. 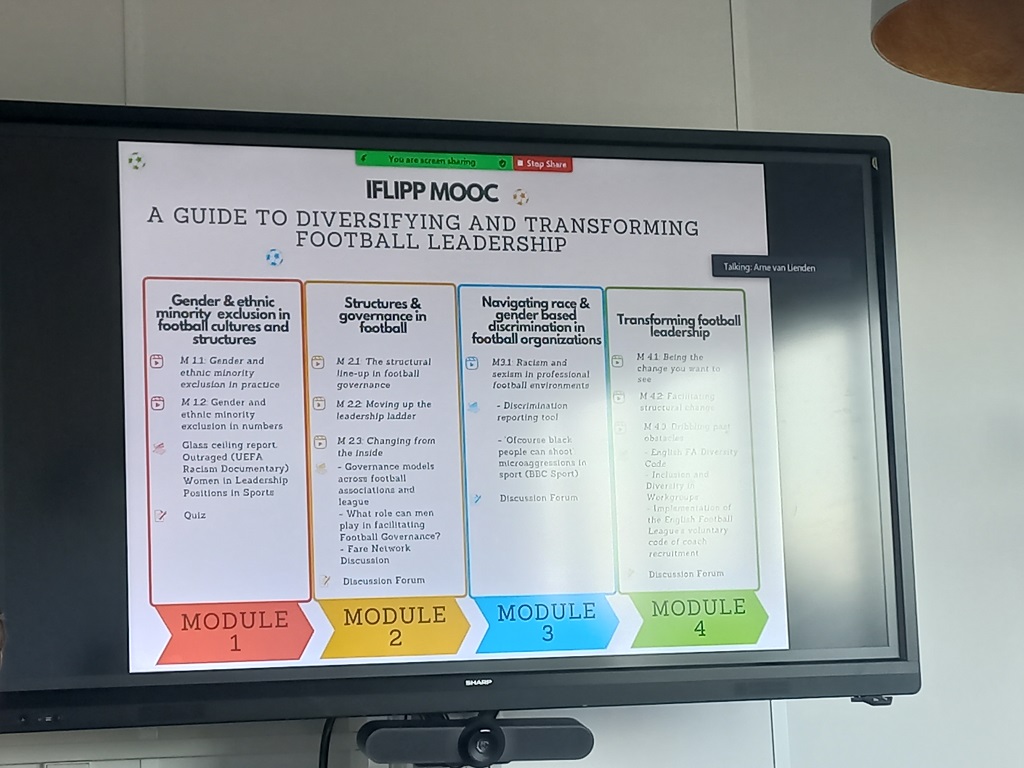 The second part of the meeting was devoted to presenting the details around the European Leadership Workshop that was postponed from this September to 11-13 of January, next year in the Netherlands. This workshop will be followed by another one that will be hosted by EUSA Institute along with the next TPM from 8-10 of March 2023. These workshops will be the opportunity where the participants will start developing their personal or organizational development plan and having feedback from experts that will be present on both workshops. The foreseen idea is for the participants to start creating their development plans in the Netherlands, have a follow up work in the two-month gap between the workshops and to come back and present their final plan in Slovenia. At these workshops the attendees will be able to hear more on the topic of leadership, network building, developing strategy, joining boards, building personal brands and other requested topics in their fields of interest. 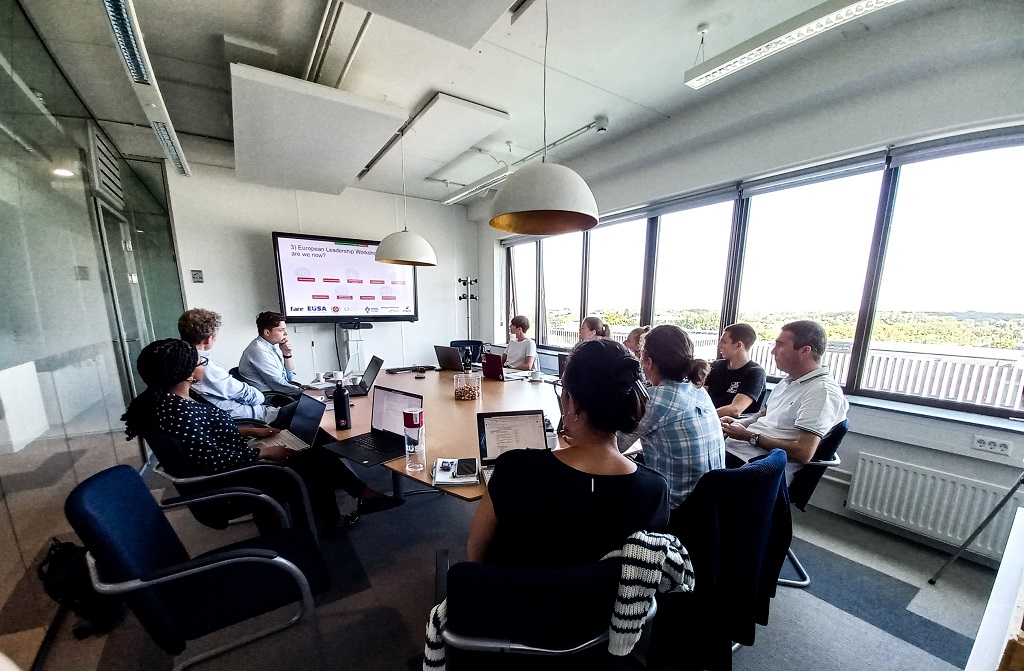 After giving the details about the foreseen leadership workshops, the representatives had the chance to brainstorm on possible guest speakers, experts in their designated fields, structure of the workshops and important features of the development plans to be included in the workshops in order to make the experience more valuable and efficient. 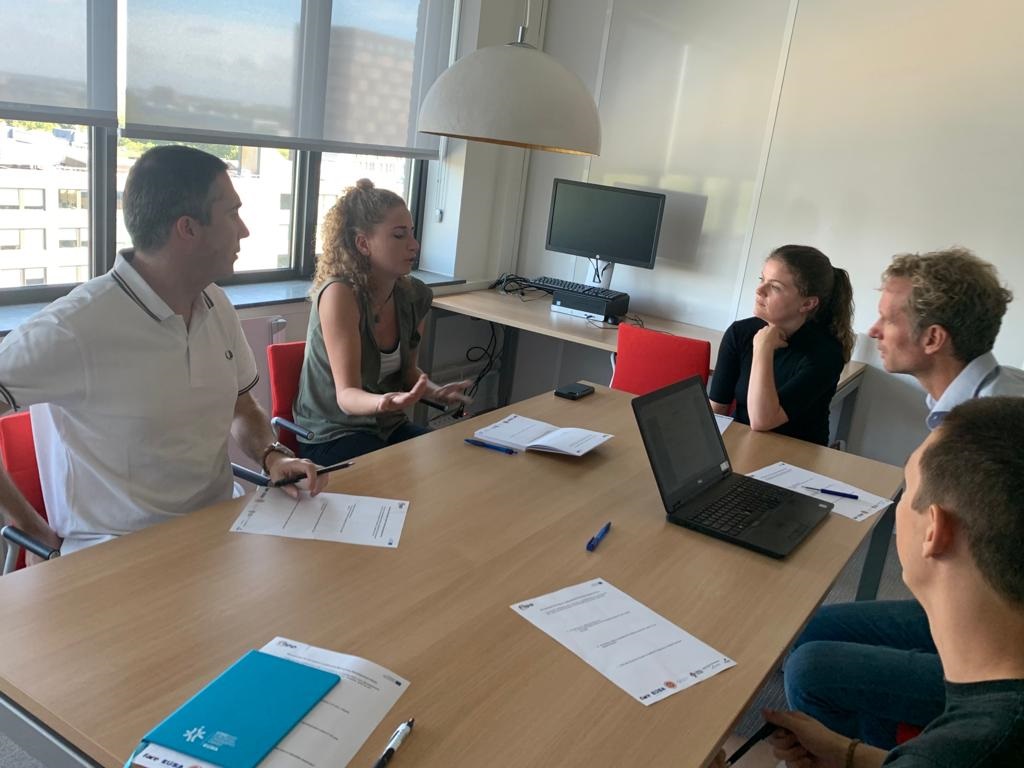 The last sessions of the meeting as the wrapping up part included discussions and brainstorming about the creation and launching of the online platform, that has the aim to serve as a hub for diversity in football for professionals, to share news related to the topic of the project, resources, networking, best practice examples, possible workshops and seminars and possibilities to get more experience and education about ethnic minority people in football and sports in general. Part of the discussion included brainstorming about the dissemination plan of the toolkits and results of the project, promotion and networking, details around the Final Conference, foreseen to be happening in May 2023, finances and reports as well as next steps and scheduling future online follow up meetings.