Following the conclusion of the bidding process and the official presentation of the candidature, the European Universities Games 2026 have been attributed to Salerno on April 22, at the occasion of the EUSA Executive Committee meeting in Salerno. 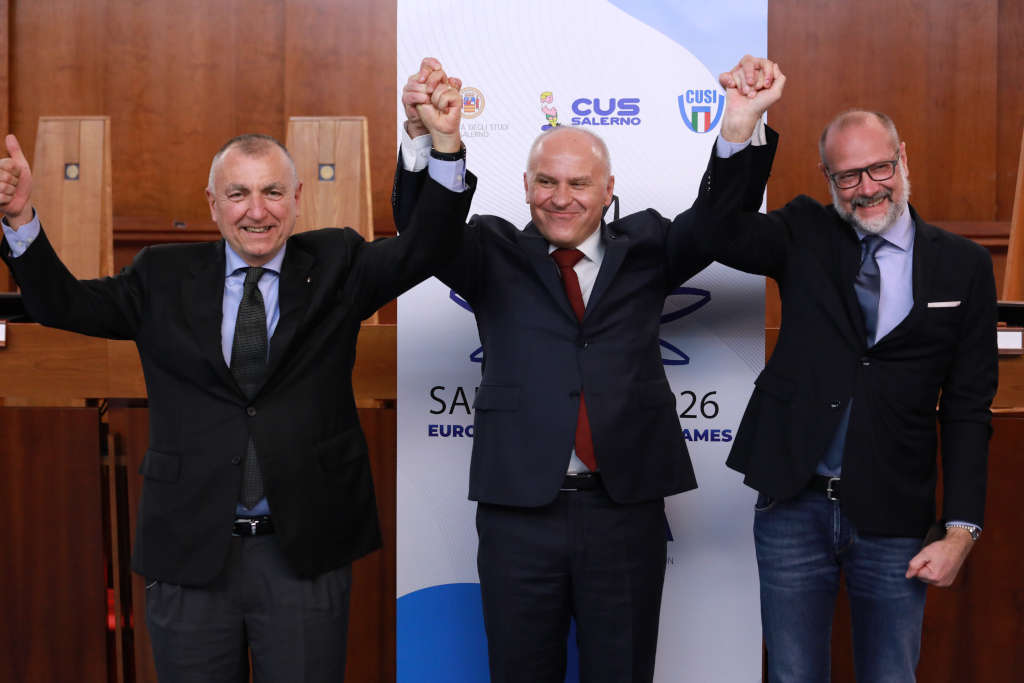 The bidding and awarding ceremony was held at the Aula Magna of the University of Salerno, in the presence of the highest local and university authorities, EUSA Executive Committee members, invited guests and students, including the President of the Region of Campagna Mr Vincenzo De Luca. 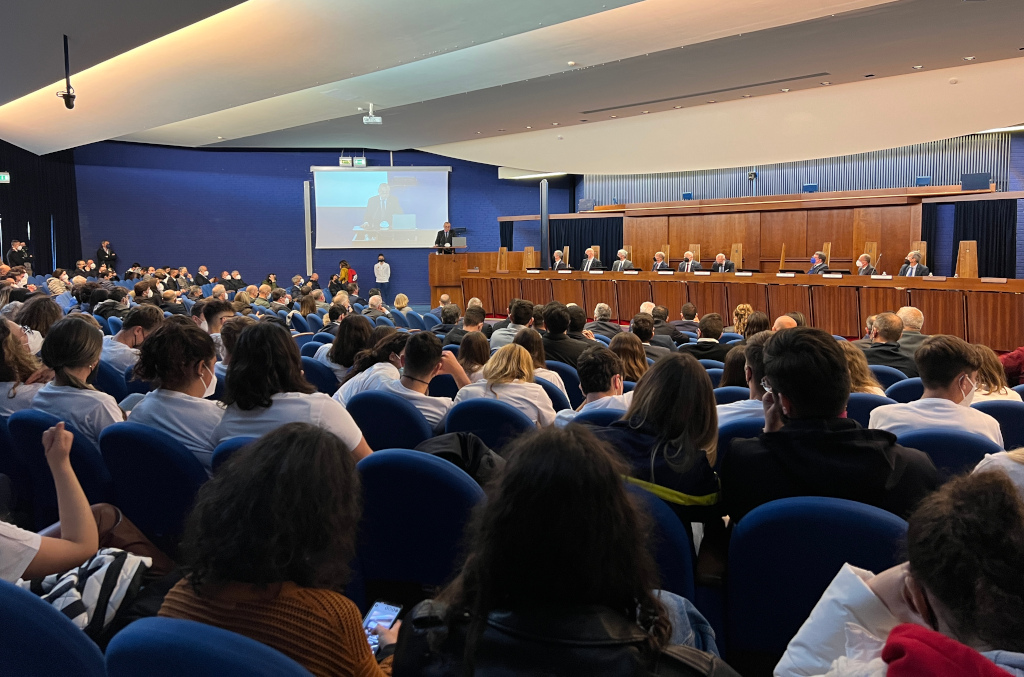 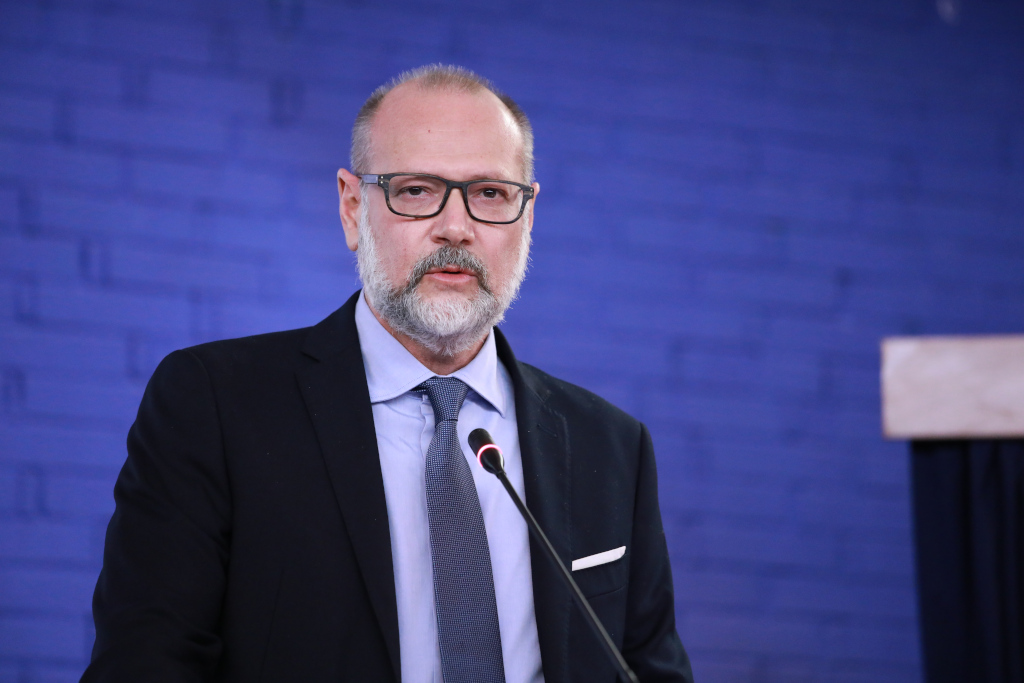 The delegation of the European and International governing university sports bodies were represented by Mr Adam Roczek, the President of EUSA; Mr Leonz Eder, the Acting President of FISU; Mr Haris Pavletic, the First Vice-President of EUSA; Mr Francis Cirianni, the Treasurer of EUSA; and Mr Matjaz Pecovnik, the Secretary General of EUSA. 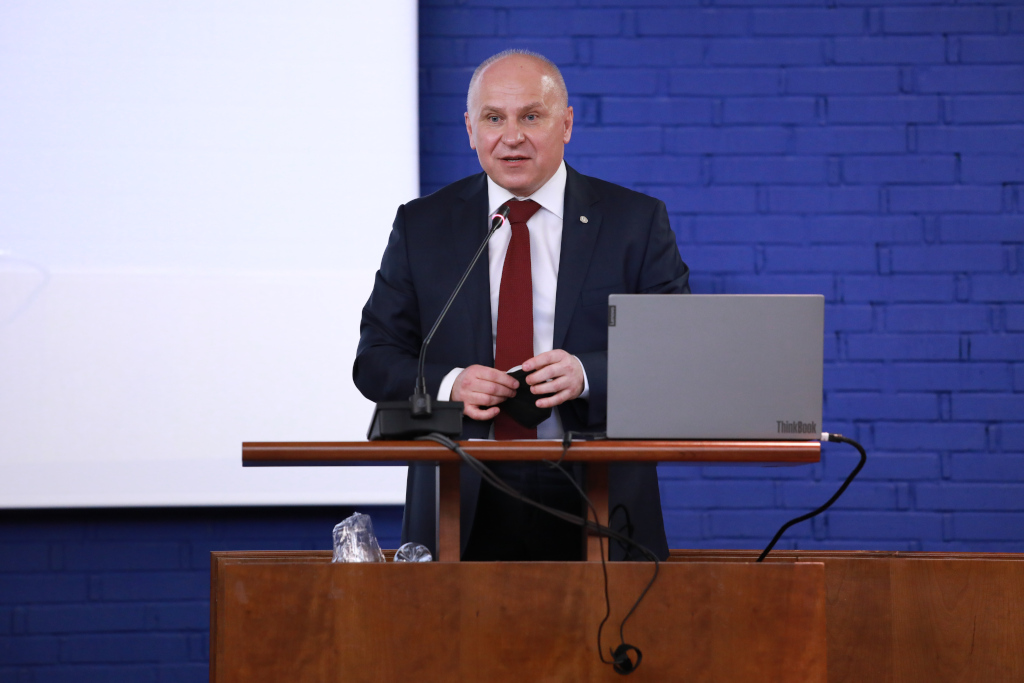 After the welcoming speeches by EUSA President Mr Roczek and FISU Acting President Mr Eder, the Rector of the University of Salerno Mr Loia as the host and the Chair of the Bidding Committee, welcomed the participants and started the bidding presentation for the 2026 Games. 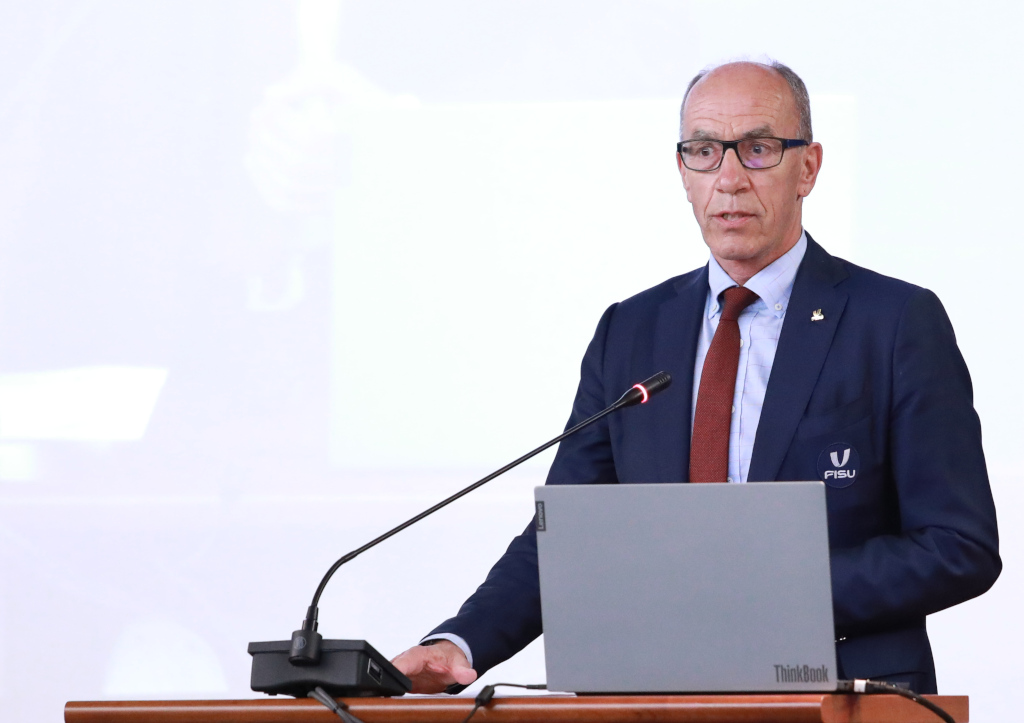 The President of CUS Salerno Mr Lorenzo Lentini took the podium next, remembering the successes of the latest Summer Universiade, taking place in 2019 in Naples and surrounding areas, including Salerno. 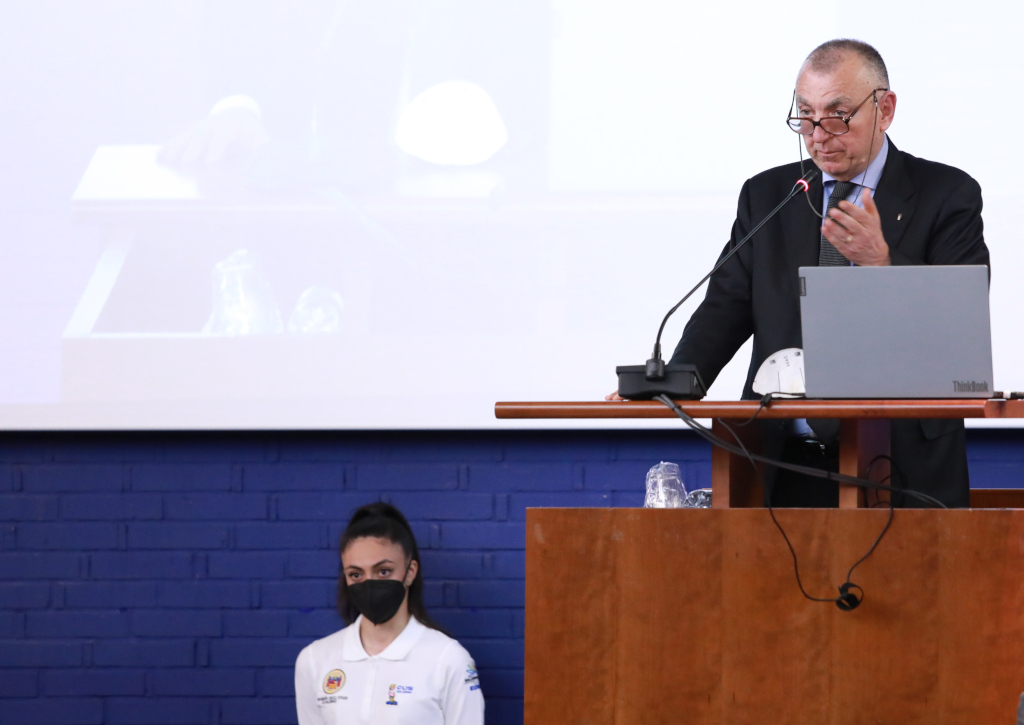 He was followed by CUSI President Mr Antonio Dima, who reflected on the key values that are the basis human values, and also important for university sport – including peace, sharing, working together, and the balance of winning and losing – fundamental especially in sport. 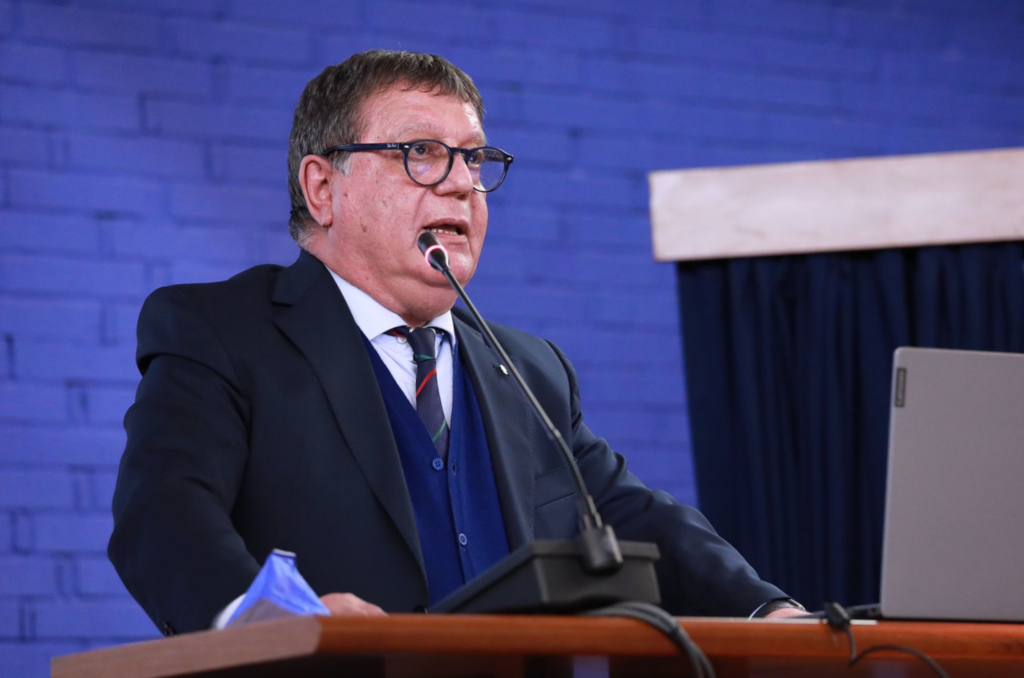 Director General of CUS Salerno and member of the bidding committee Mr Michele Di Ruocco presented the Salerno bid in more details, including the legacy, proposed sports programme and facilities to be used in 2026. 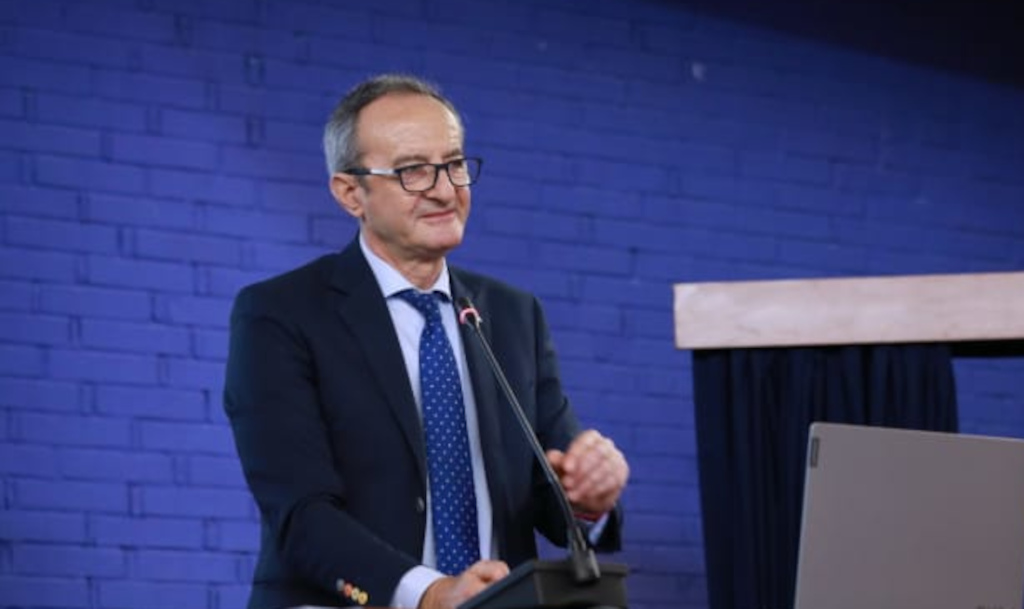 Also the logo of the event was explained, closely linked to the City of Salerno, and the new symbol of the city - Liberty Square (Piazza della Liberta).

A closing video concluded the official part of the presentation and the bidding proecss. 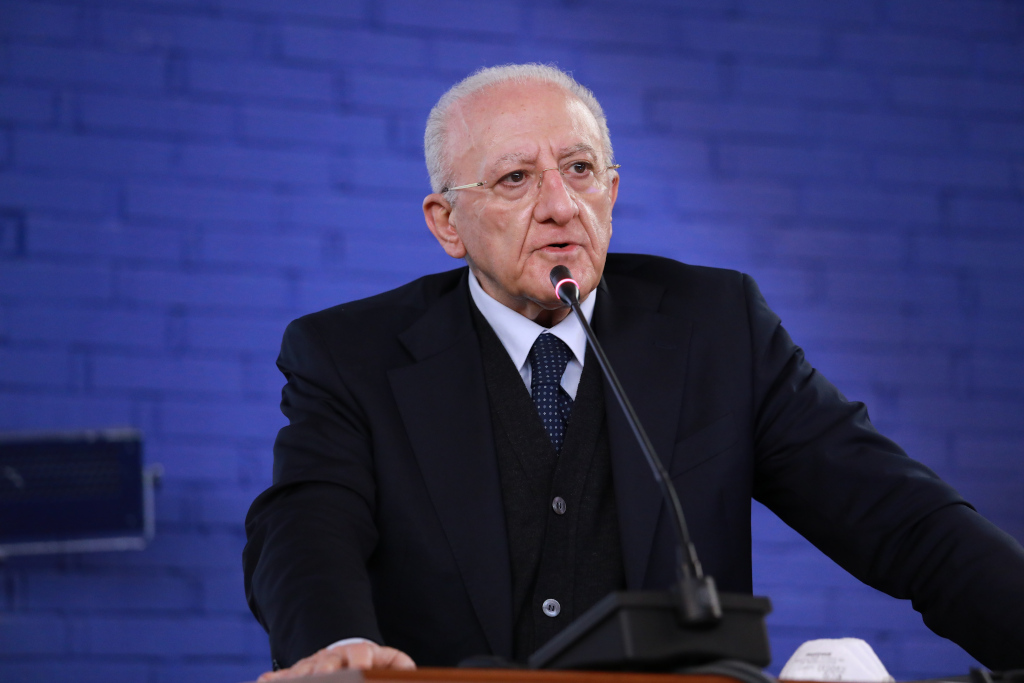 After the confirmation of the attribution of the event to Salerno by EUSA President Mr Roczek and conclusion of the bidding process, the President of the Campania region Mr De Luca addressed the audience at this memorable occasion. 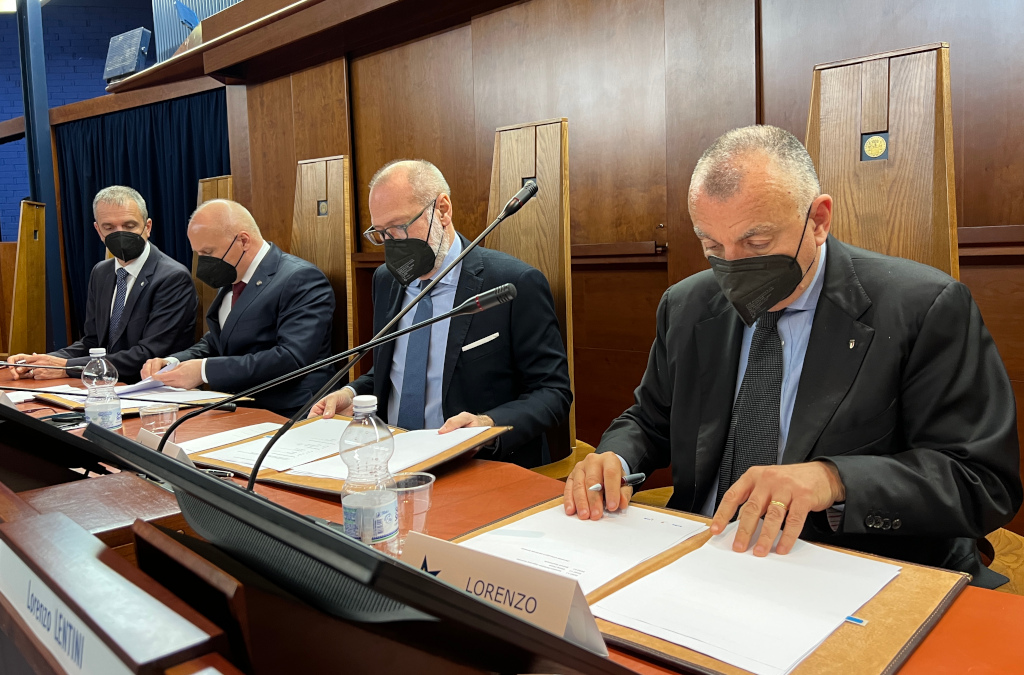 The final step in the process was the official signing of the attribution agreement. 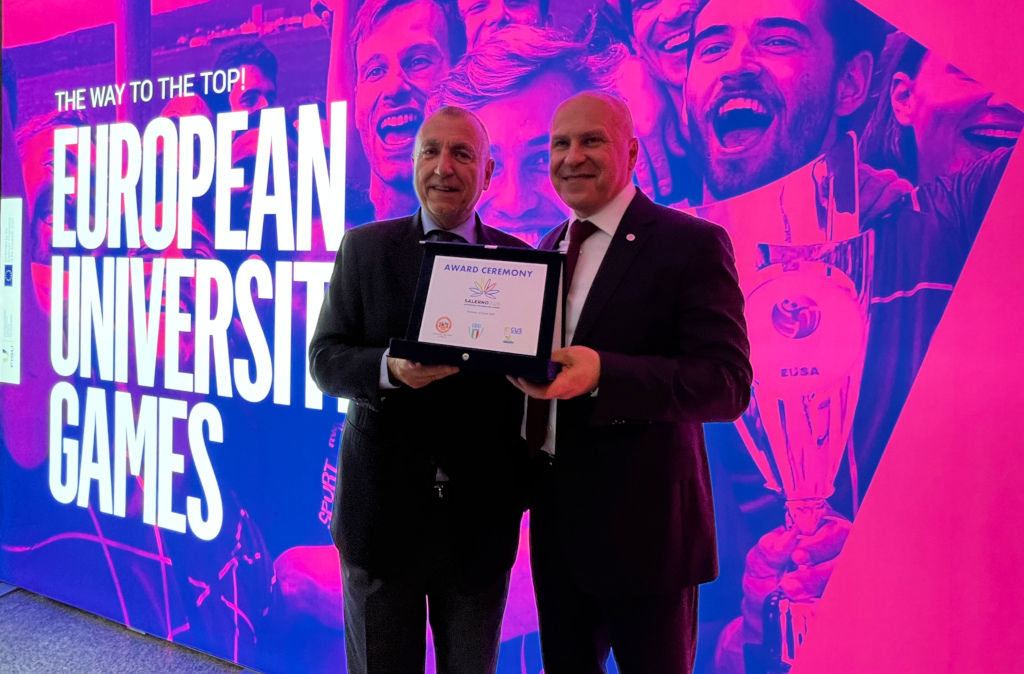 Representatives from Salerno, the hosts for the European Universities Games 2026, including Director General of CUS Salerno and member of the bidding committee Mr Michele Di Ruocco, were present in Lodz, Poland, following the Observer Program and other events part of the program with the goal of getting  first-hand experience and opportunity to understand the scope, dimension, and complexity of the European Universities Games and to create platform for learning, exchanging ideas and knowledge.