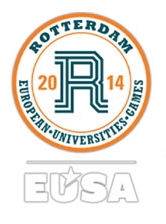 The largest university multi-sport event in Europe in 2014, the European Universities Games, was celebrated between July 24 and August 8 in Rotterdam, the Netherlands, commemorating the 15th anniversary of EUSA and the centennial anniversary of the Erasmus University Rotterdam. A total of 2830 participants from 280 university teams, representing 174 universities from 34 countries in Europe, took part in the event. The Games included a wide range of competitions in 10 different sports – badminton, basketball, football, futsal, handball, rowing, rugby 7s, table tennis, tennis and volleyball – and also combined educational, cultural and social events. 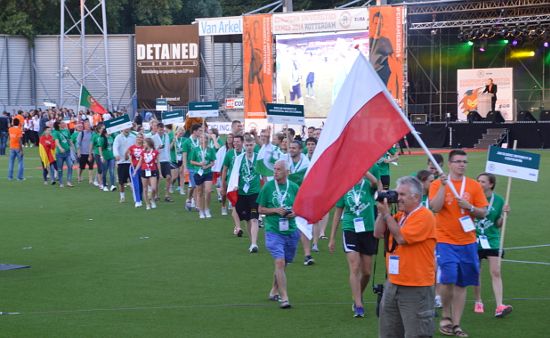 EUSA President Mr Adam Roczek thanked Mr Daniel Sikkens, Chairman of the Organising Committee, for the long-term work and preparations for the event done by the OC. Special awards were also given to the Erasmus University Rotterdam, the City of Rotterdam and the Students Sports Association the Netherlands (SSN) for the recognition of their work and contribution. 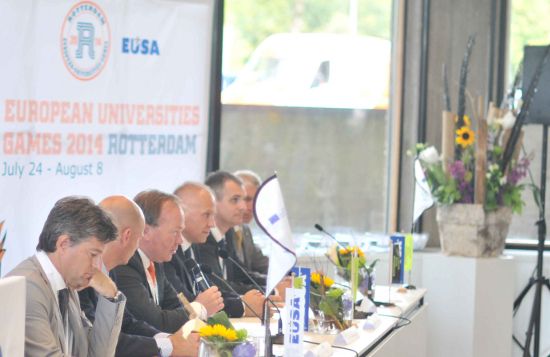 The opening ceremony started with the march-pass of the participating universities. The host of the evening was Ms Fatima Moreira de Melo, former Dutch field hockey player and Olympic medallist. Speakers at the opening ceremony were Mr Giovanni van Bronckhorst, famous footballer and former captain of the Dutch national team, as the ambassador of the Games; the Mayor of Rotterdam Mr Ahmed Aboutaleb; Chairman of the Organising Committee Mr Daniel Sikkens; EUSA President Mr Adam Roczek and the Vice-President of the Erasmus University Mr Bart Straatman, who declared the Games open. 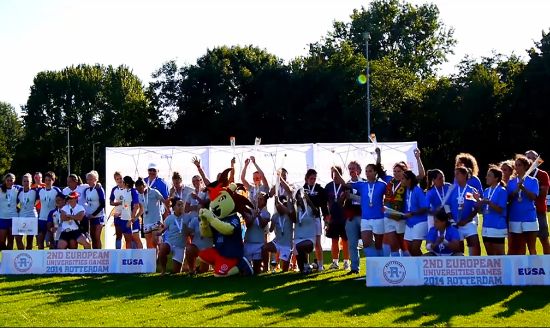 The event’s mascot – Roffa – followed the competitions in all ten sports throughout the Games and was enthusiastically welcomed everywhere he appeared. Apart from the Gaudeamus Igitur university sport anthem, a special song “Bring it on” was written especially for the event. Several cultural and entertainment events kept participants active and offered chances to socialise also off the field. Over 100 international EUSA volunteers assured the participants welfare and smooth course of the event. 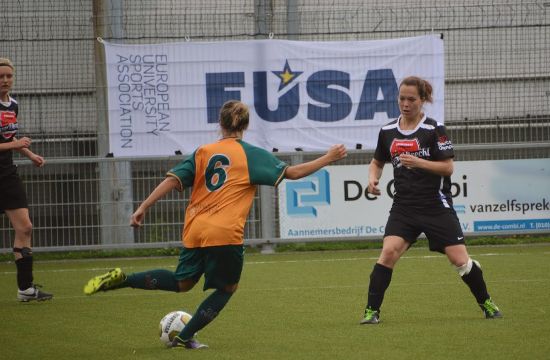 During the event, the OC in cooperation with EUSA organised a series of masterclasses, workshops and round tables which attracted interesting speakers. Topics featured were gender equality, disabilities, city marketing, youth employability, LGBT issues, elite sports and education, sports and new media. An exhibition on university sport was also launched during the event. 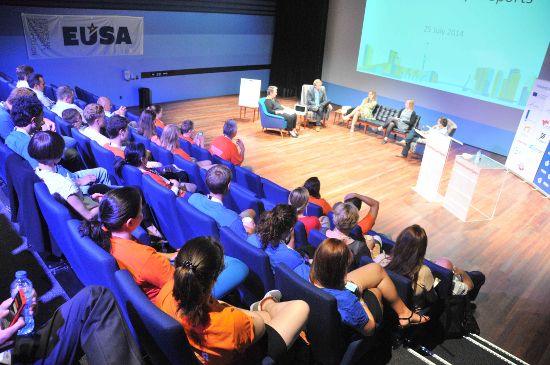 The sports competitions finished with the basketball finals which attracted over 1000 spectators, and a short closing ceremony concluded the event. The closing started with a march-pass of volunteers representing university teams from the 34 participating countries. A dancing act accompanied the video highlights from the event. The speakers - Mr Daniel Sikkens, OC Chairman, Mr Adam Roczek – EUSA President and the President of the Erasmus University Rotterdam Mrs Pauline van der Meer Mohr officially closed the event, recalling the fantastic achievements and milestones of the Games, recognising the excellent work and participation of the organisers, all participants, the volunteers, referees and EUSA family members. The EUSA flag was passed from the organisers of the 2014 Games to the EUSA President who then passed it to the host of the European Universities Games Zagreb-Rijeka 2016.