Short description:
The first European Universities Cup in Aesthetic Group Gymnastics was organized from March 8-10, 2007 in Moscow, Russia. More than 80 students from 7 countries took part in the event.
The Opening Ceremony was organized in the sport center. After march pass of the participants and the cultural program, speeches were held by Mr Oleg Matytsin, the President of the Russian Sport Student Union and Mrs Paivi Alhroos-Tanttu, the Chair of Technical Committee of IFAGG. Mrs Polina Nochevnova, the Executive Director of Russian Federation of Aesthetic Gymnastics declared the competitions open.

The Sport Centre, where the competition took place, was well equipped and the participants had the best conditions for compete. 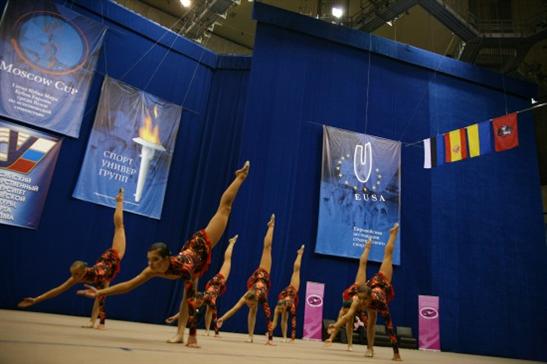