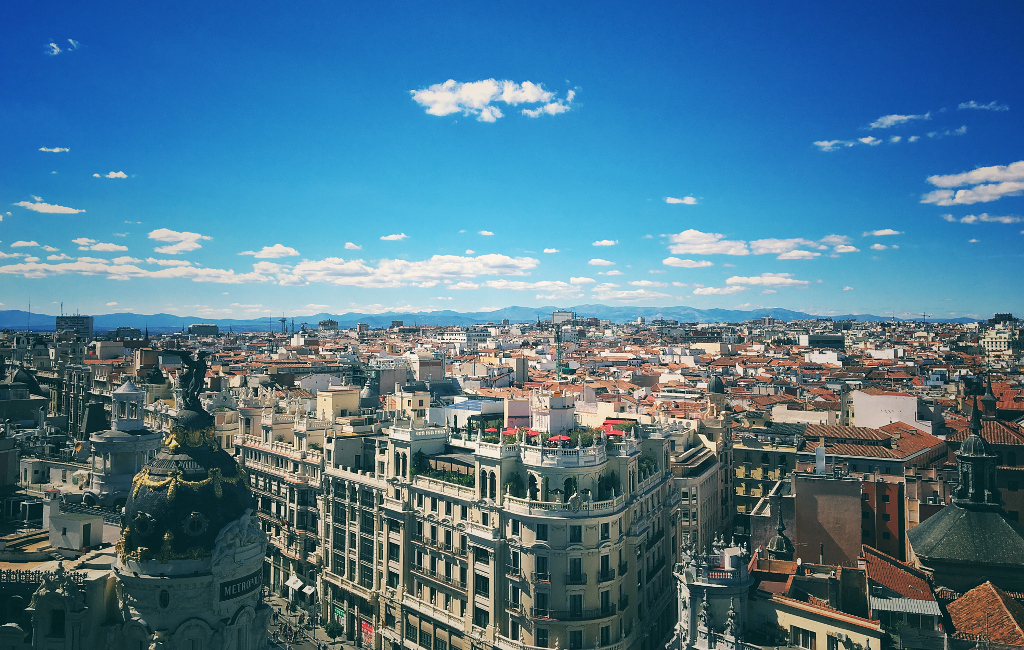 The European University Sports Association (EUSA) General Assembly 2018 took place between April 12 and 14 at the Camilo Jose Cela University in the Spanish capital city of Madrid.

The EUSA Seminar was organised at the start of proceedings which provided an overview of university sport events in 2017, offering participants progress reports for the European Universities Games in 2018 and 2020 while also giving the audience a chance to hear from the candidates in line to host the sixth and seventh edition of the Games in 2022 and 2024.

The Assembly then began with an address by EUSA Secretary General Mr Matjaz Pecovnik before EUSA President Mr Adam Roczek welcomed the participants and shared his enthusiasm over the growing development of university sport.

EUSA Sports Manager Mr Besim Aliti delivered a statistical overview of the 2016 European Universities Championships – the biggest in the competition’s history in terms of participation – before Mr Daniel Monteiro, the President of FADU Portugal and Mr Mario Santos, Secretary General of EUG2018, conveyed a progress report of the 2018 European Universities Games in Coimbra.

With Belgrade hosting the fifth edition of the European Universities Games in 2020, President of the Serbian University Sports Association Mr Sinisa Jasnic presented an update of the federation’s progress, before delegations of candidate cities Lodz in Poland and Debrecen-Miskolc in Hungary delivered their bids to host the European Universities Games in 2022 and 2024, which were then evaluated in closed sessions by the EUSA Executive Committee. 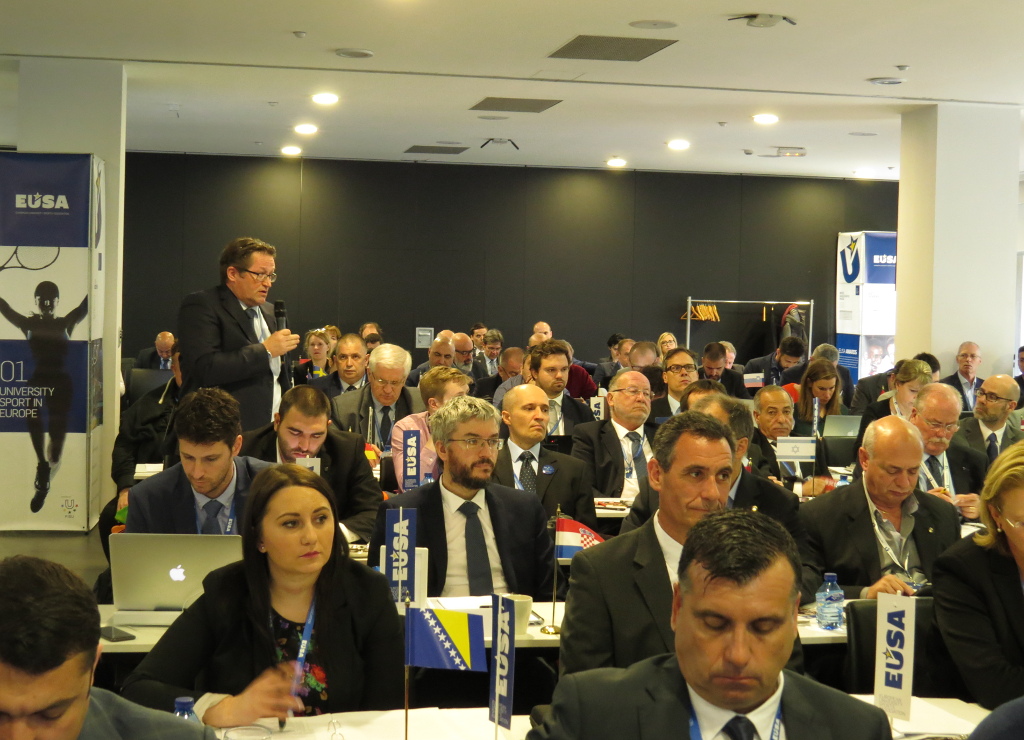 EUSA President Mr Roczek opened the second day of the Assembly before the Secretary General of the Spanish University Sport Committee (CEDU) Mr Txus Mardaras greeted the participants, as did the President of the Higher Sports Council of Spain Mr Jose Ramon Lete, via a video address.

On behalf of the SEK Education Group and Camilo Jose Cela University, CEO Mr Douglas Marston presented the efforts the University is undertaking to promote higher education of top-level athletes, including cooperation with Real Madrid and numerous students who have won Olympic medals.

The President of the International University Sports Federation (FISU) Mr Oleg Matytsin also addressed the audience, hailing EUSA an important partner for university sport development before the President of the European Olympic Committees (EOC) Mr Janez Kocijancic emphasised the success of European participants in general at the 2016 Olympic Games, praising university sport’s contribution in that regard.

On behalf of the European Commission, Ms Agata Dziarnowska emphasised the role school and university sport has in promoting an active lifestyle among young people.

The Assembly participants then honoured the late FISU President Mr George Killian who passed away at the end of 2017, after which the Kosovo University Sports Federation was welcomed as a new member of the European university sport family.

Financial reports and analysis were presented by EUSA Treasurer Mr Lorenz Ursprung and EUSA Auditors Mr Hovhannes Gabrielyan and Marian Matac Liviu.
EUSA President Adam Roczek concluded the second session with the official announcement of host cities of the sixth and seventh edition of European Universities Games, with the Executive Committee handing the hosting rights of the 2022 Games to Lodz, Poland, and that the 2024 Games to the cities of Debrecen and Miskolc in Hungary. 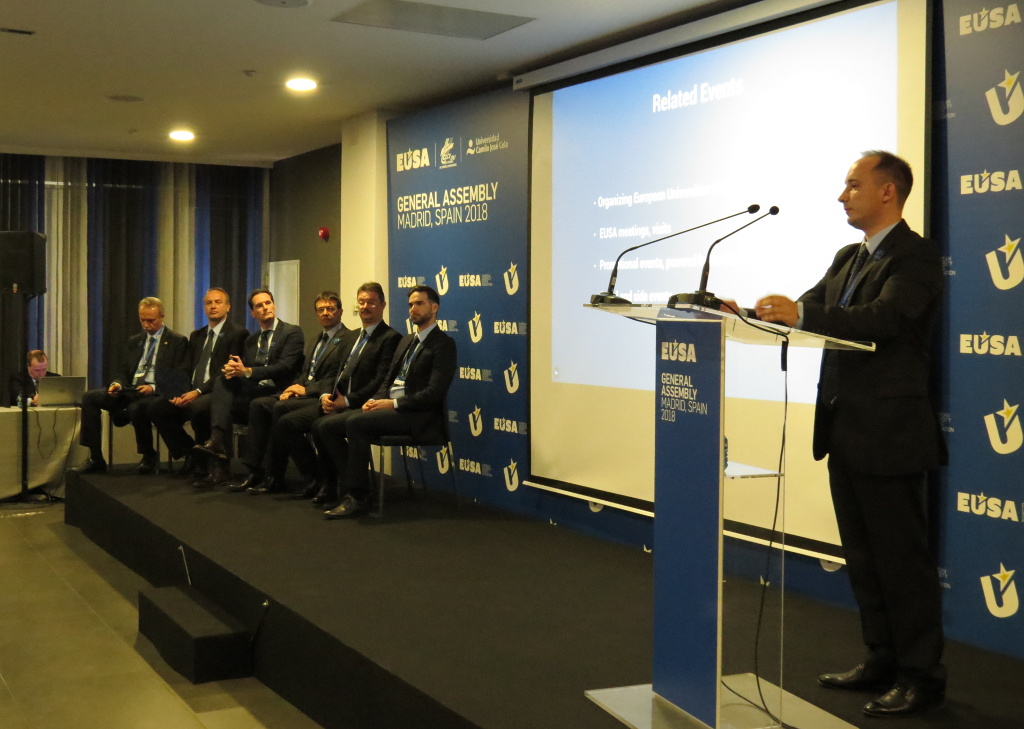 On the final day of the Assembly, participants were presented with the EUSA Strategy, paving the road for the future of EUSA, with Mr Ursprung concluding proceedings with the financial projection and provisional budget for 2018.

The Assembly finished on a high as former EUSA Treasurer Mr Olaf Tabor and former EUSA Vive-President Mr Leonz Eder received special distinctions as they were awarded the title of EUSA Honorary Member for their significant contribution to university sport and its development.