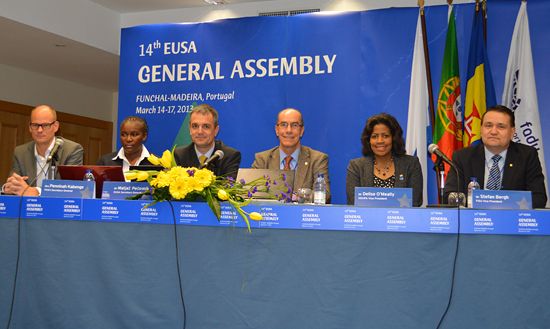 The 2013 EUSA Conference, entitled “New Opportunities for University Sport” was held in Funchal on the Island of Madeira, Portugal on March 15, a day prior to the EUSA General Assembly.

The conference is a part of the educational programme of the European University Sports Association, and it offers an opportunity for EUSA members and partners to get to know more about the work and projects done by EUSA and its partners, also inviting guest speakers on topics related to university sports. 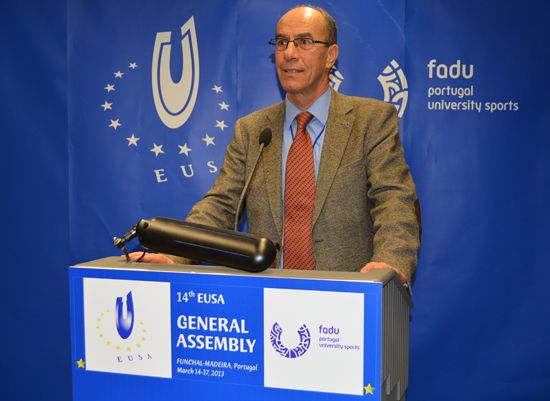 Mr Leonz Eder, EUSA Vice-President opened the Conference, welcoming the participants and the speakers. As the moderator of the Conference, EUSA Secretary General Mr Matjaz Pecovnik invited the first panellists on the topic of the European and International University Sports.

Mr Henk Smit, Mr Henk Smit, EUSA Games 2014 Tournament Director presented the concept and updates of the 2nd European Universities Games, which will take place in Rotterdam, the Netherlands in the summer of 2014. 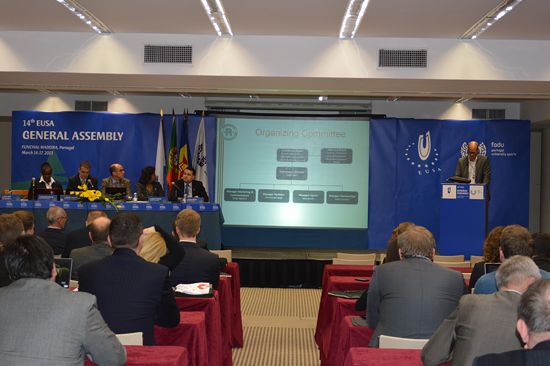 The Activities of the International University Sports Federation (FISU) were presented by Mr Stefan Bergh, FISU Vice-President, assisted by Mr Laurent Briel, Director of Development and Special Projects. The focus of the activities was put on the current year, with the Rector’s Forum being held in June in Umea, Sweden; the Summer Universiade in July in Kazan, Russia and Winter Universiade in December in Trentino, Italy. 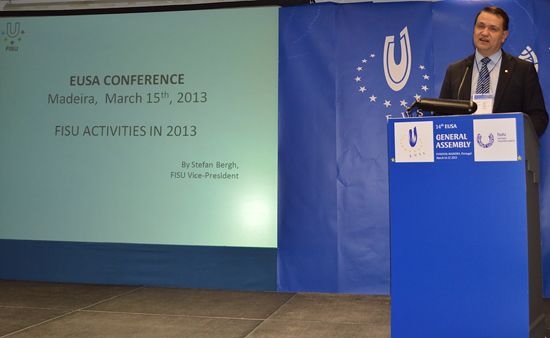 FASU Secretary General Mrs Penninah Kabenge presented the Federation of African University Sports (FASU), focusing on the history of the federation, its activities and plans for the future. Mrs Kabenge also presented their biggest sporting events – the all Africa University Games, known as FASU Games, pointing out that the vision of the FASU Games can be traced as far back as 1951, and recalling on the latest – 6th edition, held last December in Namibia. 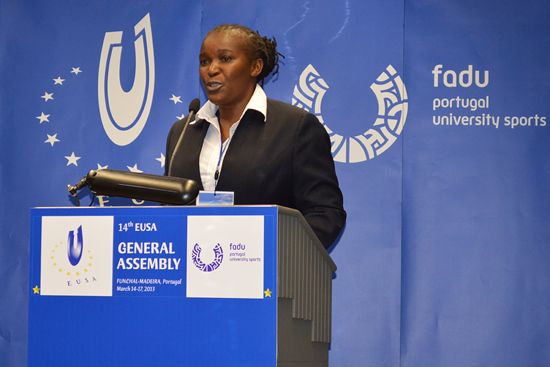 The last speaker in the first panel was Mrs Delise O’Meally, Vice President of the Pan-American University Sport Federation (ODUPA). Mrs O’Meally presented the organisation with its history, structures, strategic goals and activities, and the projects and initiatives in the University sports in Americas – both in the North and South America, in the sports competitions as well as in education and other fields. 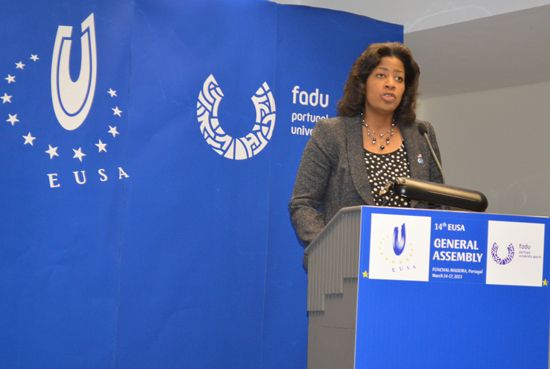 Second panel of the Conference was Learning Fair Play and Ethics through Sport. The panellists were Mr Miroslav Cerar, Vice President of the European Fair Play Movement and Mr José Lima, Director of the Portuguese National Plan for Ethics in Sport. As a former top athlete and winner of medals from the Olympics, World and European Championships, Universiades and other events, Mr Cerar presented his personal experience, the organisation he represents and the projects and initiatives of EFPM and its members. 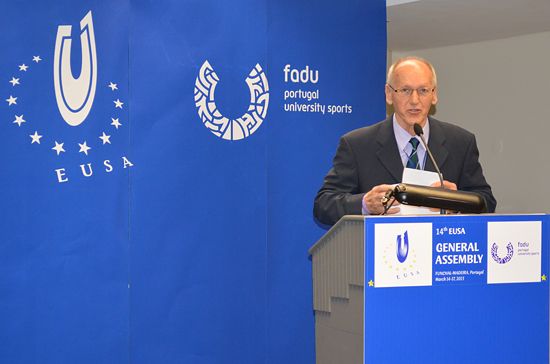 The topic of fair play was then focused to the activities and projects carried out on the national level in Portugal; Mr Lima presented the National Plan of Ethics in Sports in Portugal (PNED), an initiative of the Portuguese Government. Mr Lima shared the strategic axis of the plan, and presented some good practices and practical examples of the work already carried out, as well as those yet planned for realisation. 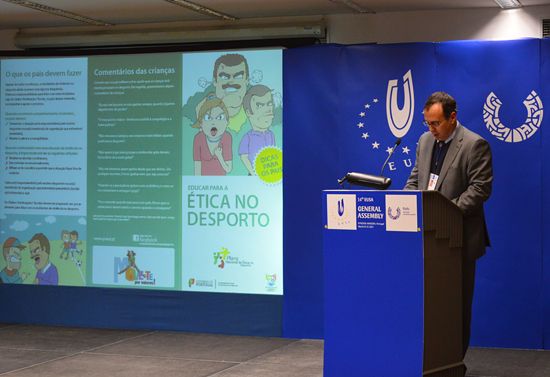 The last panel was focused on EU Opportunities in the Field of Sports and was opened by Mr Nuno Teixeira, Member of the European Parliament. Mr Teixeira presented the framework and placement of sport in the European policies, introducing the relevant structures and institutions dealing with the topic of sport on European level and/or supporting the activities. 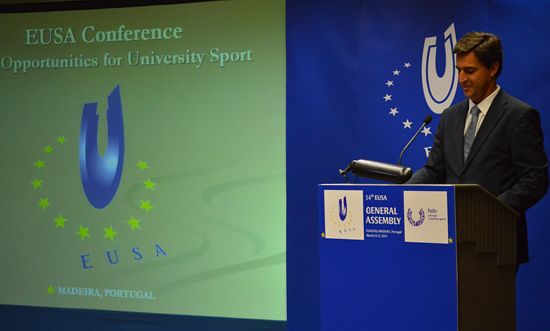 Mr Gianluca Monte, Policy Officer at DG Education and Culture, Sport Unit presented the involvement of the European Commission as an institution and the EU Funding Opportunities for Sport. He gave an overview of the EU Programmes and Preparatory Actions in the field of Sport carried out in the past years, and the proposed new EU programme for education, training, youth and sport for the period 2014-2020, including the Commission's proposed budget for the funding, based on the results of the evaluation of the Preparatory Actions. 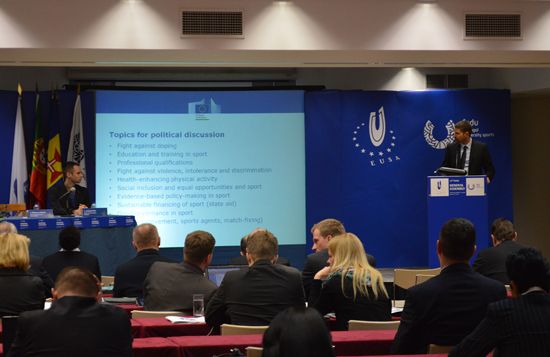 The last panellist was Mr Andrej Pisl, EUSA Communications Manager. He introduced the projects of the European Anti-Doping Initiative (EADIn) and the Prevention of Sexualised violence in sport, in which the European University Sports Association is a partner. These EU projects were partially funded within the Preparatory Actions in the field of Sport by the European Commission’s Education and Culture Directorate General. While the EADIn project officially already concluded last March, EUSA remains active in the post-project activities, including the activities at EUSA Games in Cordoba, facilitating the informal network of the junior anti-doping ambassadors and implementing the policies in EUSA. The second project focuses on raising awareness and sensitizing individuals and organisations about existence and prevalence of sexual harassment and abuse in sport. The project will conclude end of March and outcomes will be disseminated also through EUSA channels. 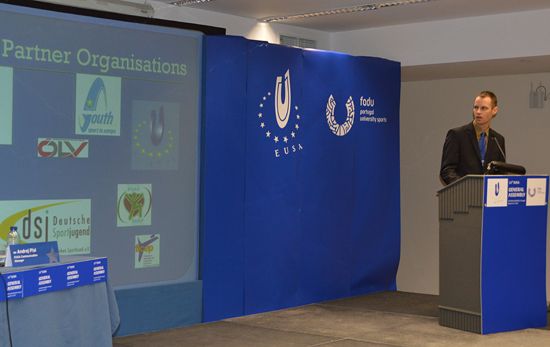 After the discussions and answering questions from the audience, the conference was closed by Mr Eder, thanking all the speakers, moderator and all the participants. During the breaks, the participants were able to check the promotional stands and bids of the Candidate cities for the 3rd European Universities Games - Coimbra (Portugal) and Zagreb-Rijeka (Croatia). 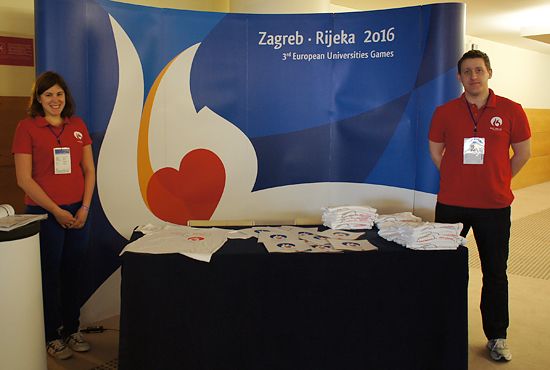 EUSA EC will attribute the 2016 Games on June 1, 2013. Promotional stands were also made by the organisers of this year’s European Universities Championships held in Portugal – Beach Volleyball and Judo. 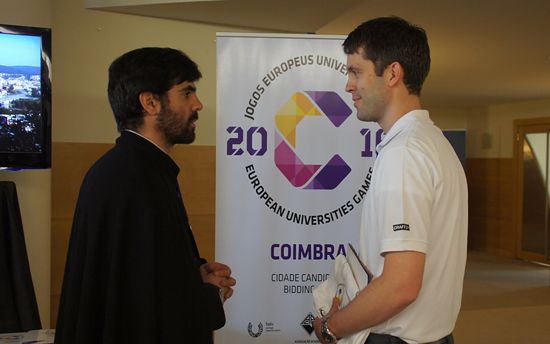 In the evening, the hosts - Academic University Sports Federation of Portugal (FADU) prepared a welcome drink with fadu music - national music of Portugal - performed by students, and a dinner, closing the conference and announcing the General Assembly. 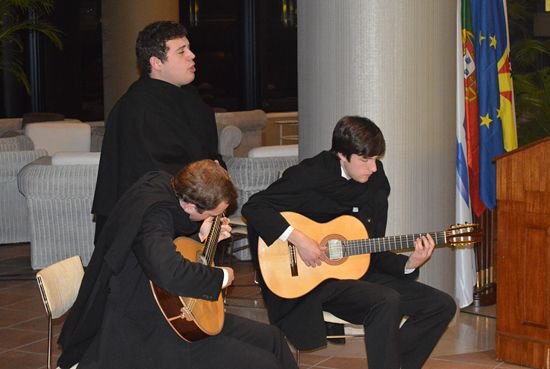 Panel 3: EU OPPORTUNITIES IN THE FIELD OF SPORTS