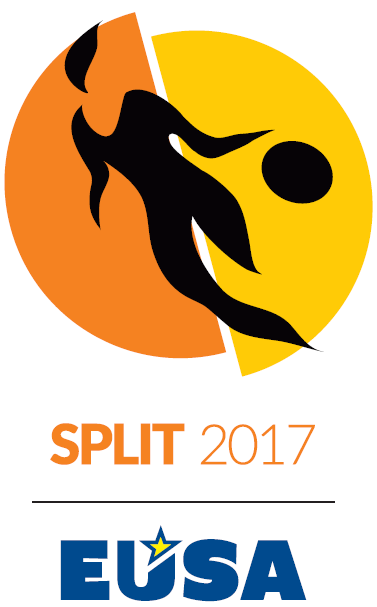 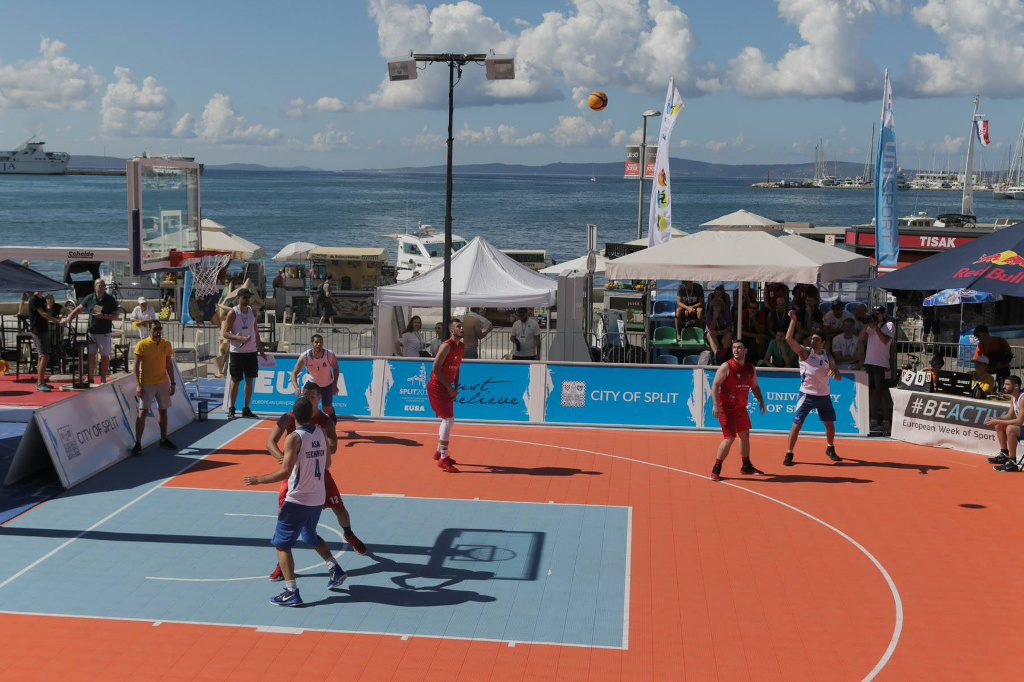 The Championships were organised by the Split University Sports Association, the University of Split and the Croatian Academic Sport Federation (CASF), with the support of the President of the Republic of Croatia, and in partnership with Municipality of Split, Split – Dalmatia County, Sports Climbing Club Marulianus and the Beach Volleyball Club Žnjan. 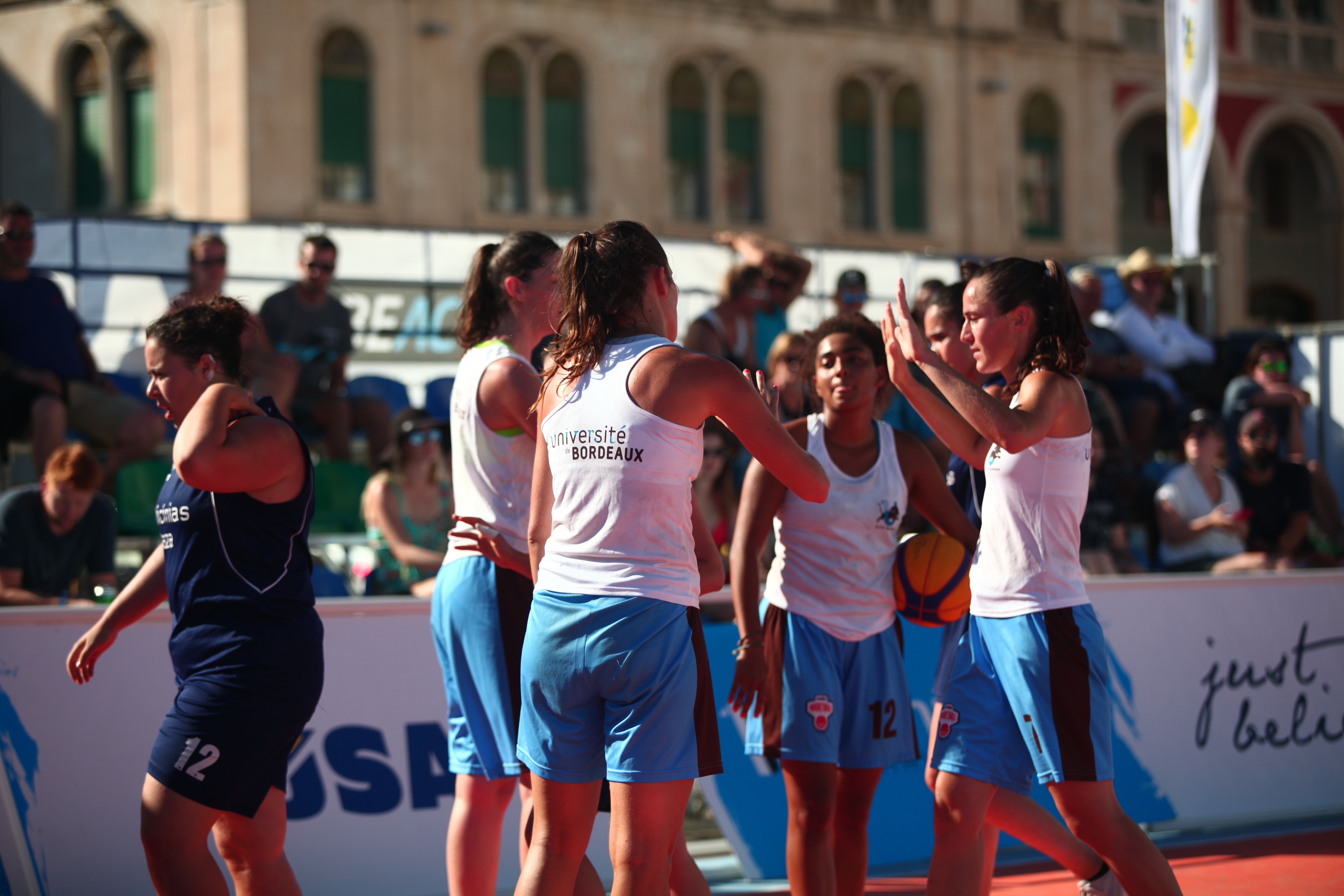 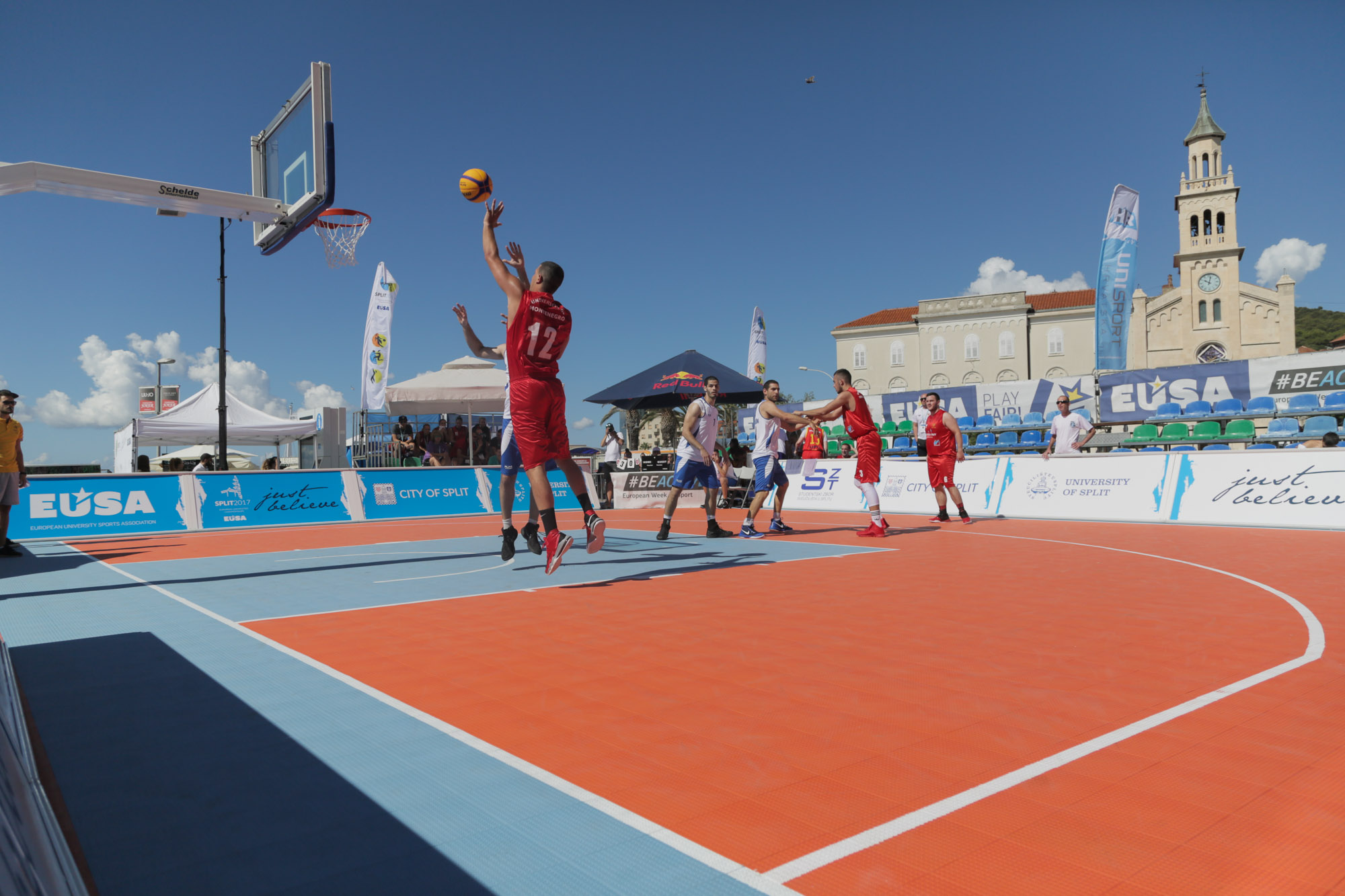 In the men’s competition, the Champions’ crown was conquered, for the third consecutive time by the University of Kragujevac (SRB), which defeated the Saint-Petersburg State University of Technology and Design (RUS). In the women’s competition, the defending champions of the Lithuanian Sport University (LTU), lost the final against the Vasyl Stefanyk Precarpathian National University (UKR, which won the gold. EUSA 3x3 Basketball competitions serve as a qualification tournament for the 3x3 FISU World University League Finals, which in 2017 took place in Xiamen, China. 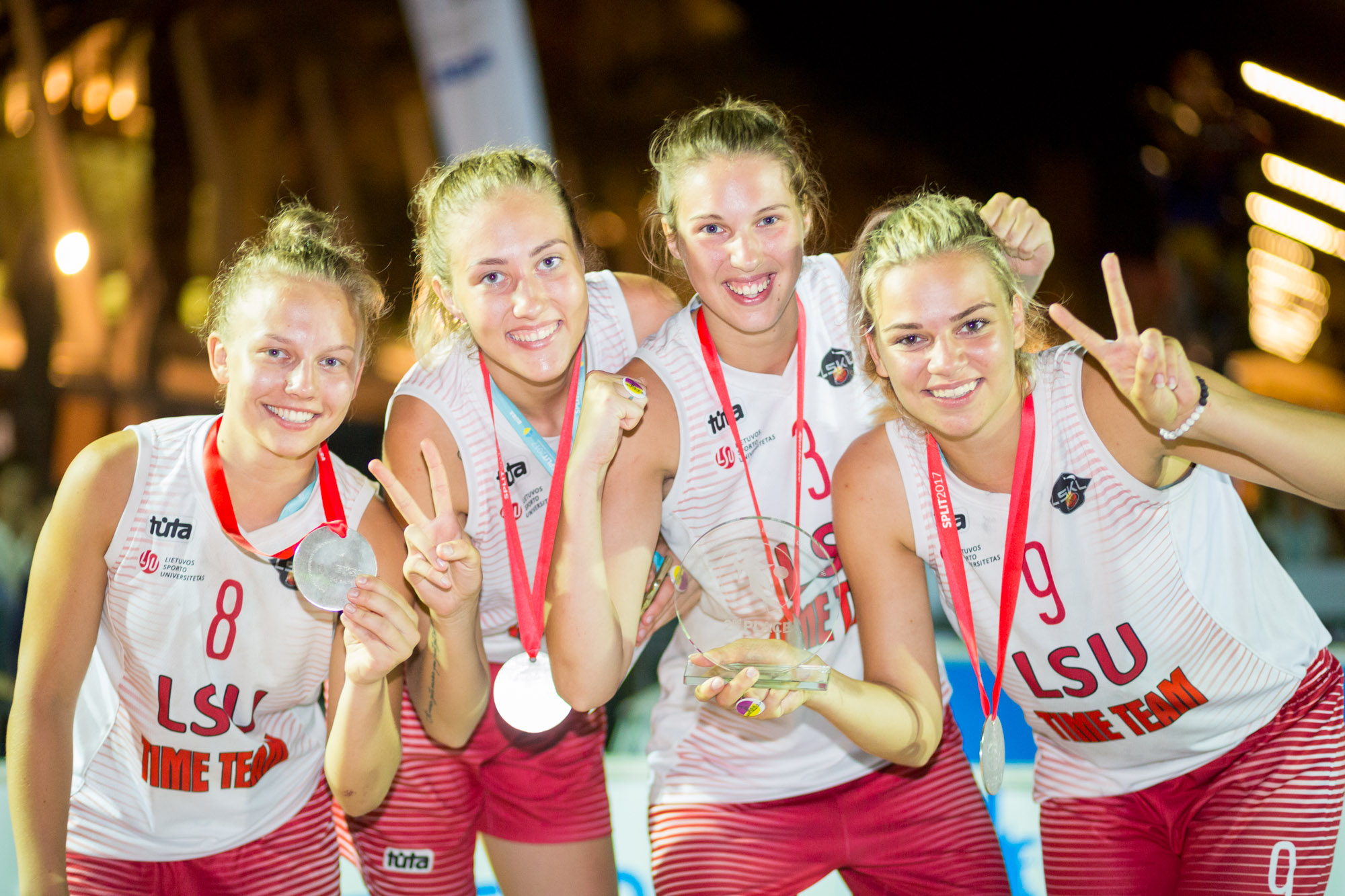 A special Fair Play Award was assigned to the University of Aveiro (POR). Ana-Mari Cuatu from the National University of Physical Education and Sport (ROU) and Stojan Dekanovic from the University of Ljubljana (SLO) won women and men three-point shootout respectively, while Anton Dikov from St Cyril and St Methodius University of Veliko Turnovo (BUL) won the dunk contest. 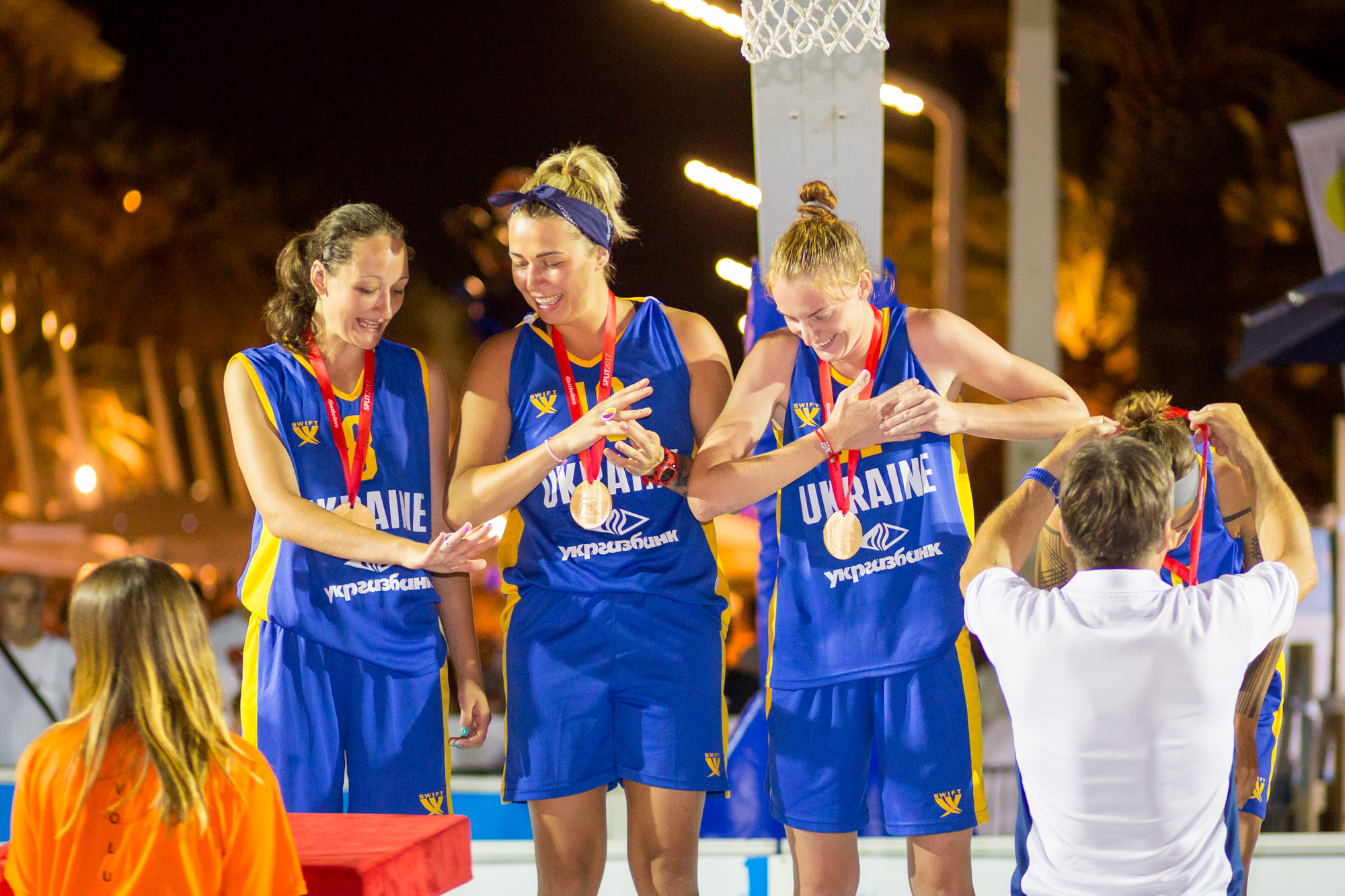 A total of 150 volunteers was involved in the organisation of the event, contributing to make the event an extremely successful. At the end of the event the EUSA flag was passed on to the organisers of the next European Universities 3x3 Basketball Championship, which will be in Porto, Portugal, in 2019. 3x3 Basketball will also be included among the sports featured at the European Universities Games 2018, in Coimbra, Portugal. 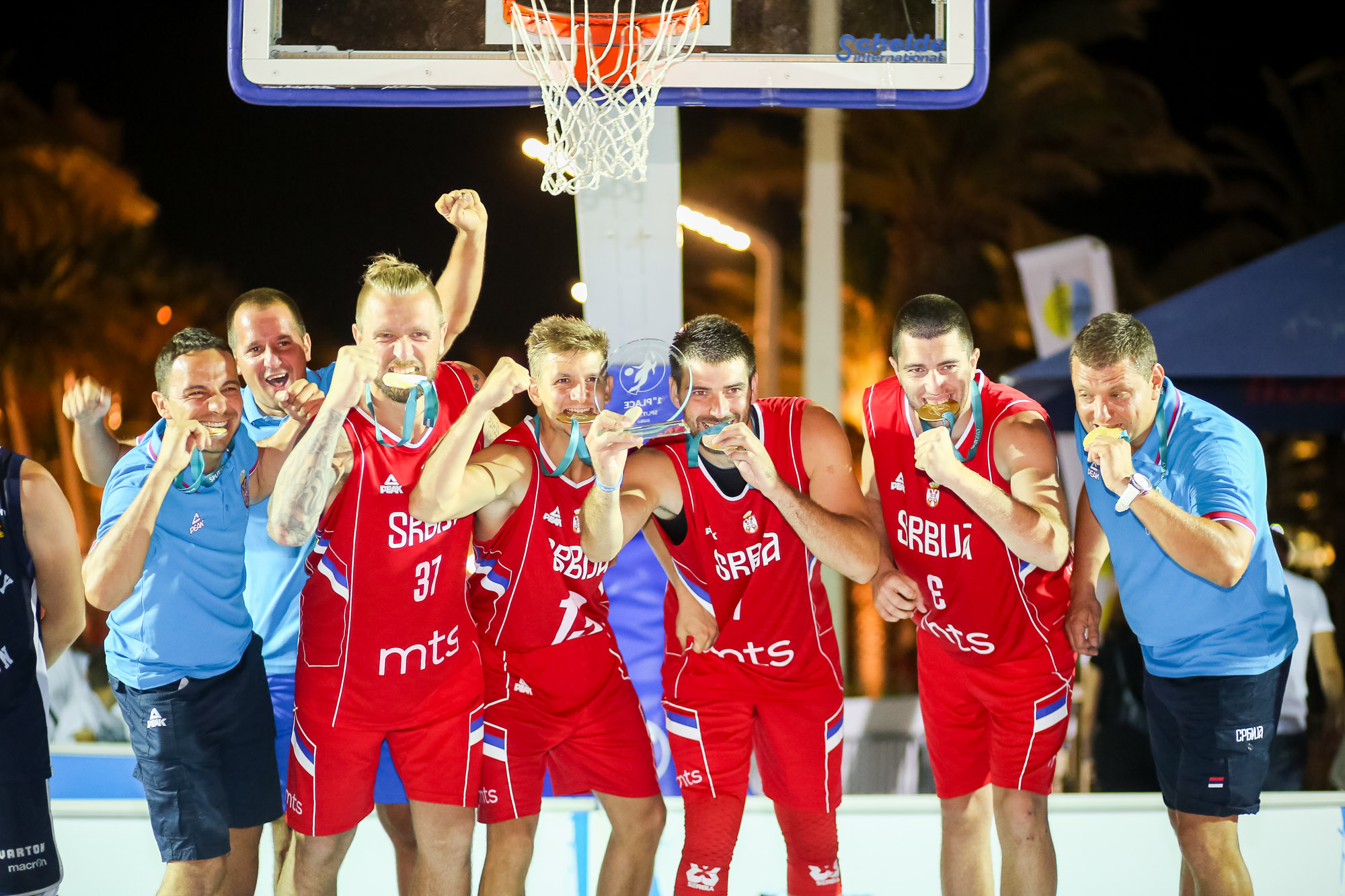 For detailed results, news and more information, please see the official website of the event at www.3x3basketball2017.eusa.eu.