The 10th European Universities Beach Volleyball Championship opened the season of EUSA sports events this year and was held in Larnaca, Cyprus, between June 16 and 21, 2015. The event witnessed participation of 32 university representatives from 16 countries.

The Opening Ceremony of the 10th European Universities Beach Volleyball Championship was held on June 17, 2015 in Larnaca, in front of a full stadium, especially arranged for the purposes of the Championship.

The Opening Ceremony began with the lively entrance of the Cheerleaders, who then created a special passage for the participants to enter. The cheerleaders’ liveliness together with the audience’s applause raised the spirits of all who attended the Ceremony. 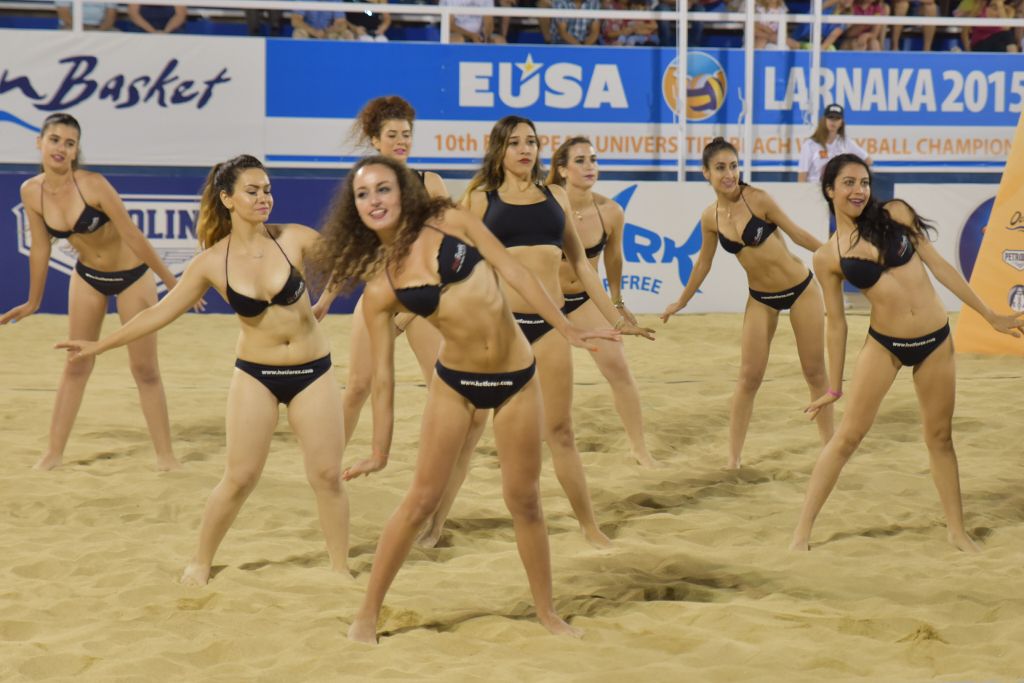 The first who entered the stadium, under the warm applause of the audience, were the more than three hundred volunteers, who have worked tirelessly and hard during the last few months, and who are determined to continue doing so throughout the whole duration of the Championship. The referees, whose job in the Games is extremely crucial and decisive, entered the stadium next.

The EUSA flag was respectfully introduced into the stadium, and, then, the delegations, which entered the stadium by country and university. 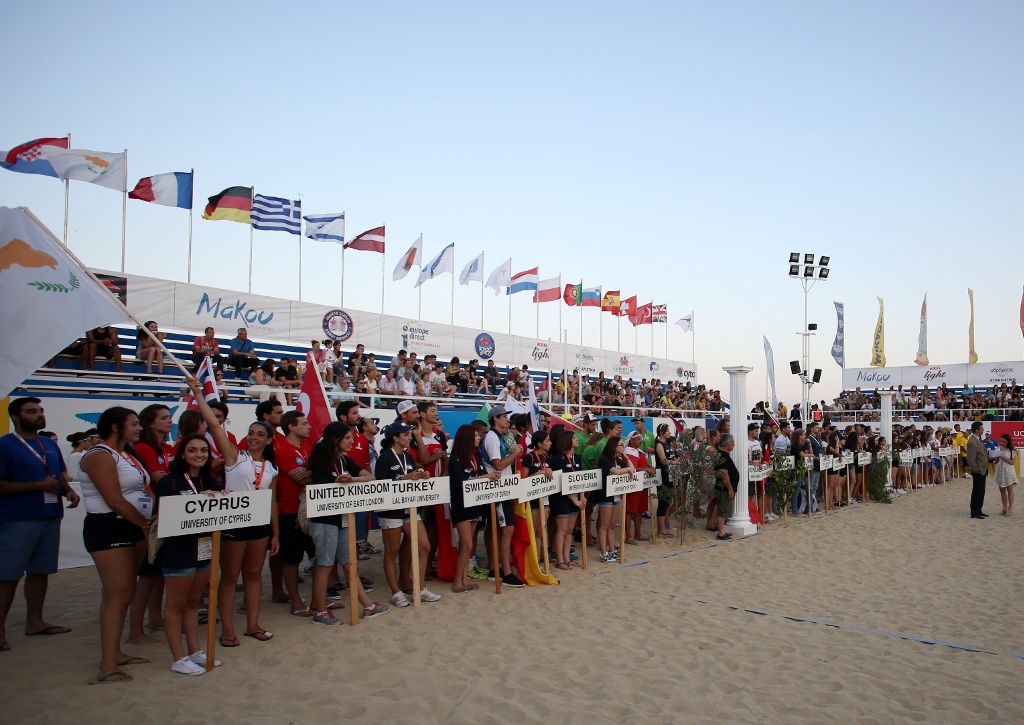 During his welcoming speech, Dr Michalis Krashias, the Cyprus University Sports Federation President, pointed out that everyone is doing their best for the event to be as successful as possible, just like many other sports events organized in Cyprus.

After that, the Mayor of the City of Larnaca, Mr Andreas Louroudjatis, addressed the participants, expressing his great satisfaction about the organizational part of the event. 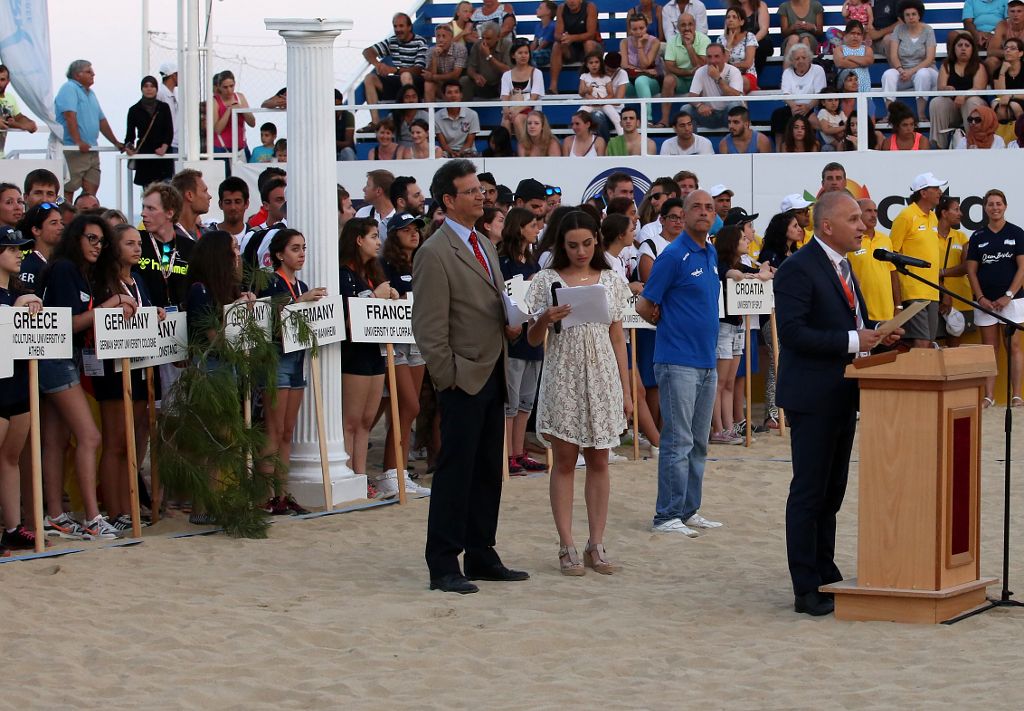 The next welcoming speech was given by the President of the European University Sports Association, Mr Adam Roczek. Mr Roczek congratulated the organizing committee for the high quality of the event organization; expressed warm thanks to CUSF and the City for hosting the event, and wished the best of luck to all participating teams.

Afterwards, Mr Louroudjatis declared the Championship open and the athletes and the referees took their fair play oath. The cultural show excited the participants also with the Zorbas dance. 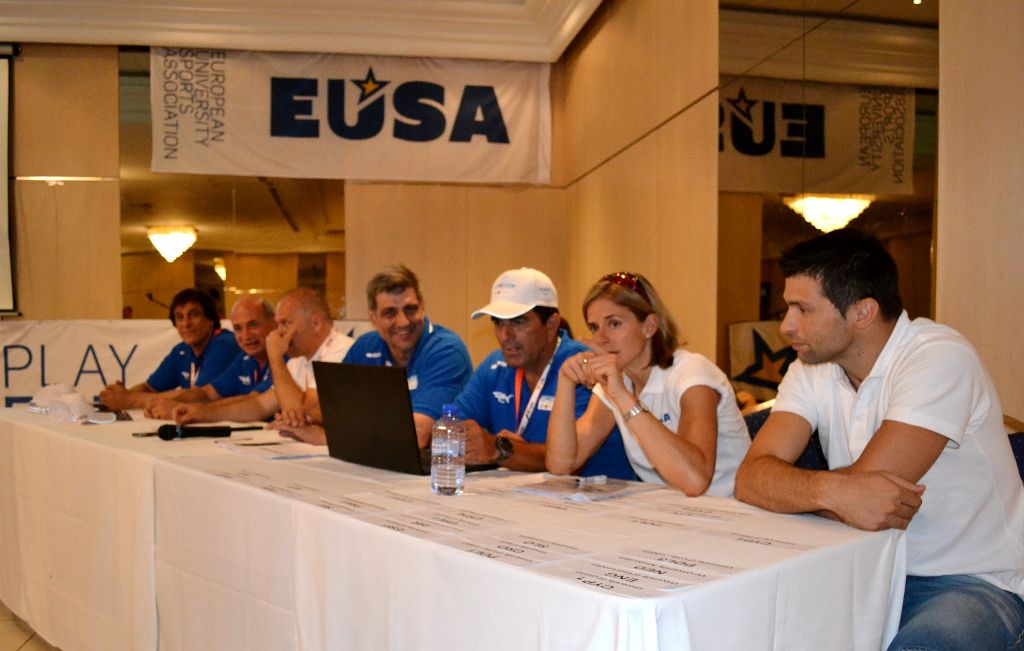 Prior to the Opening, General Technical Meeting was held on June 16, at which the official draw has been made in presence of the representatives of all participating teams. EUSA was represented by its President Mr Adam Roczek, and the Technical Delegate for Beach Volleyball Mrs Daniela Erni, assisted by Mr Adriano Paco. 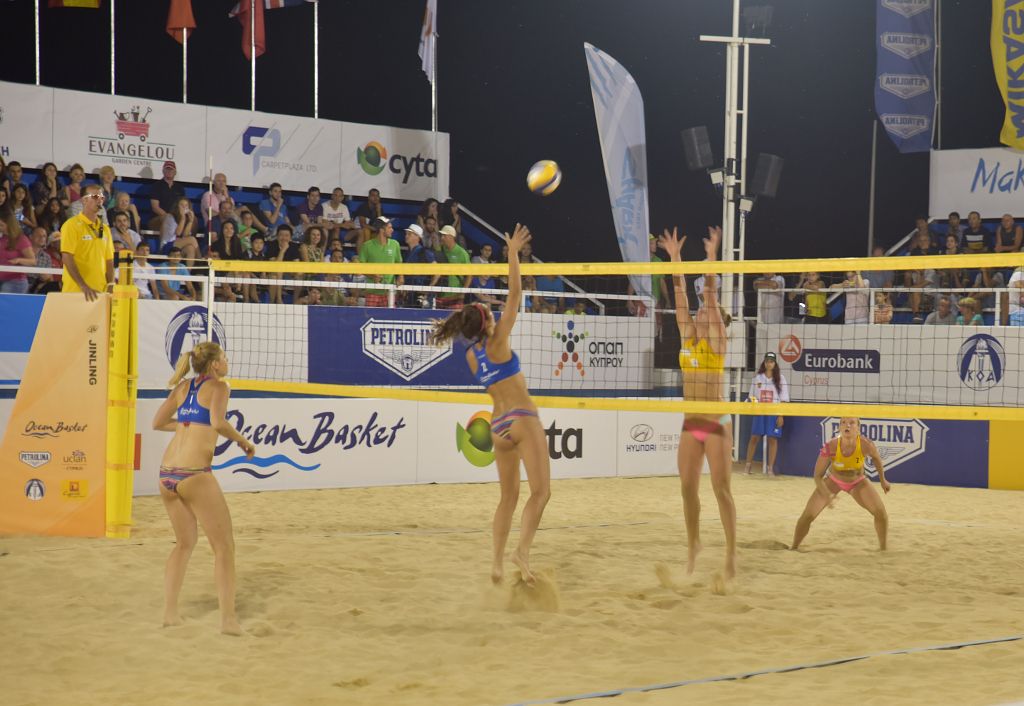 The finals were held on Sunday, June 21 at the main stadium, specifically prepared for the Championship. The awarding and closing ceremony followed the finals. 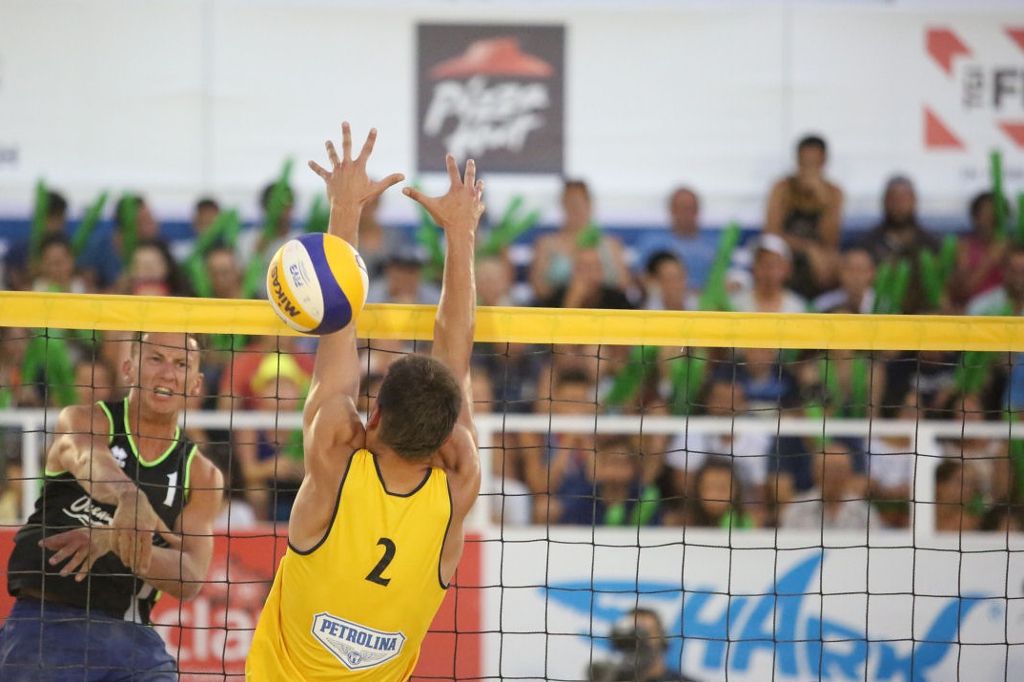 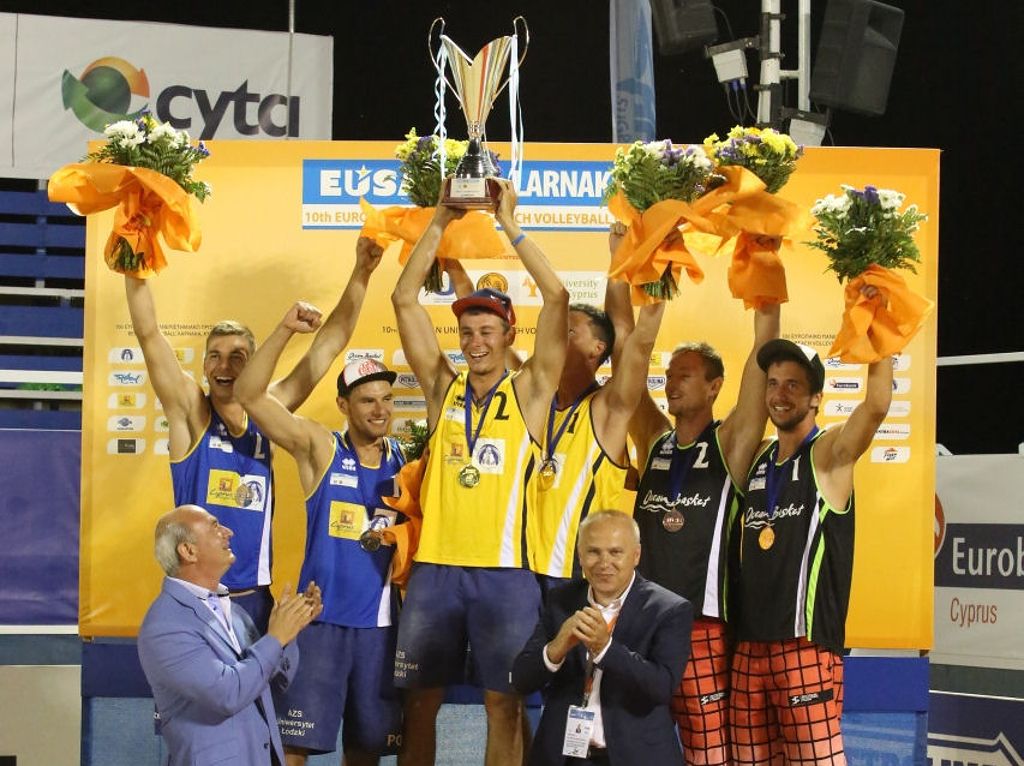 In the men’s tournament, the Golden, Silver and Bronze medals therefore all went to Polish universities. 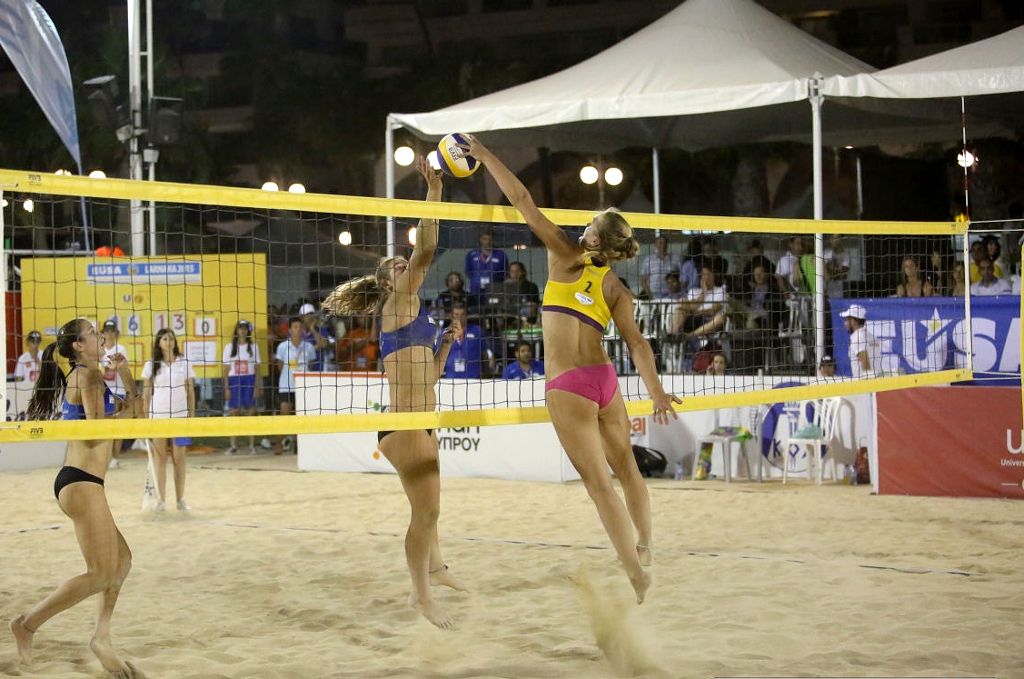 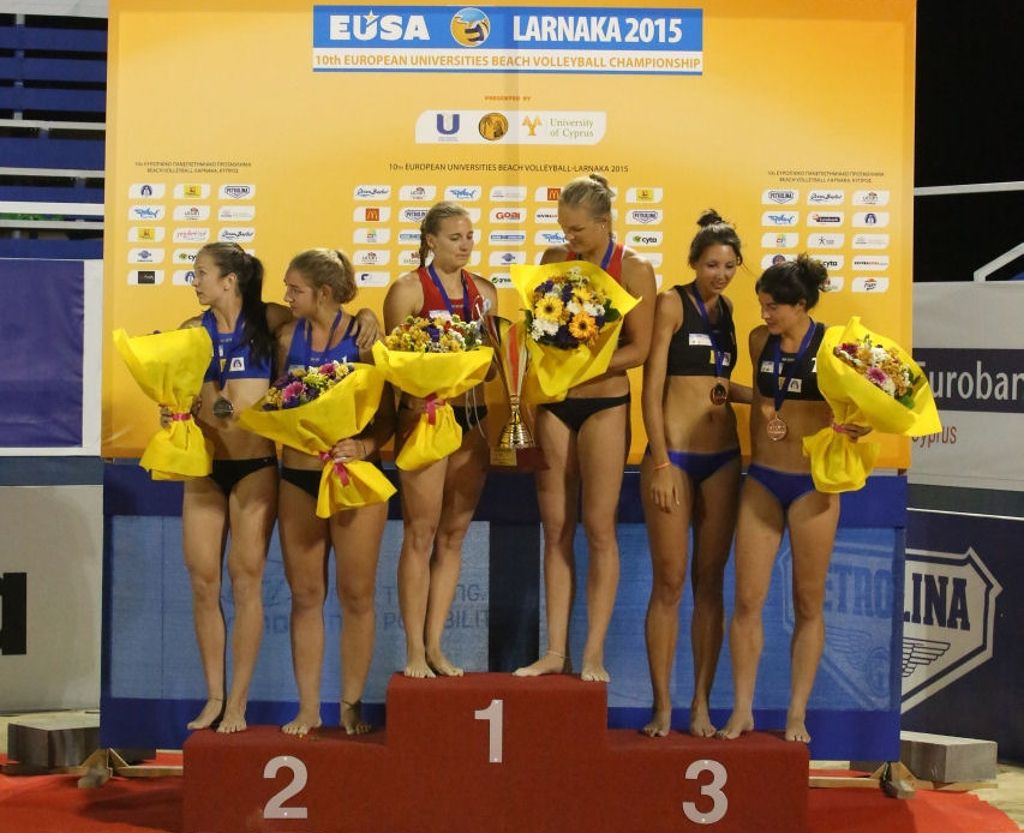 Thanks to the volunteers, sponsors and the Cyprus University Sports Federation (CUSF), Municipality of Larnaca, University of Cyprus and partners, the 2015 European Universities Beach Volleyball Championship was a unique and memorable event filled with great emotions and admired by the spectators. 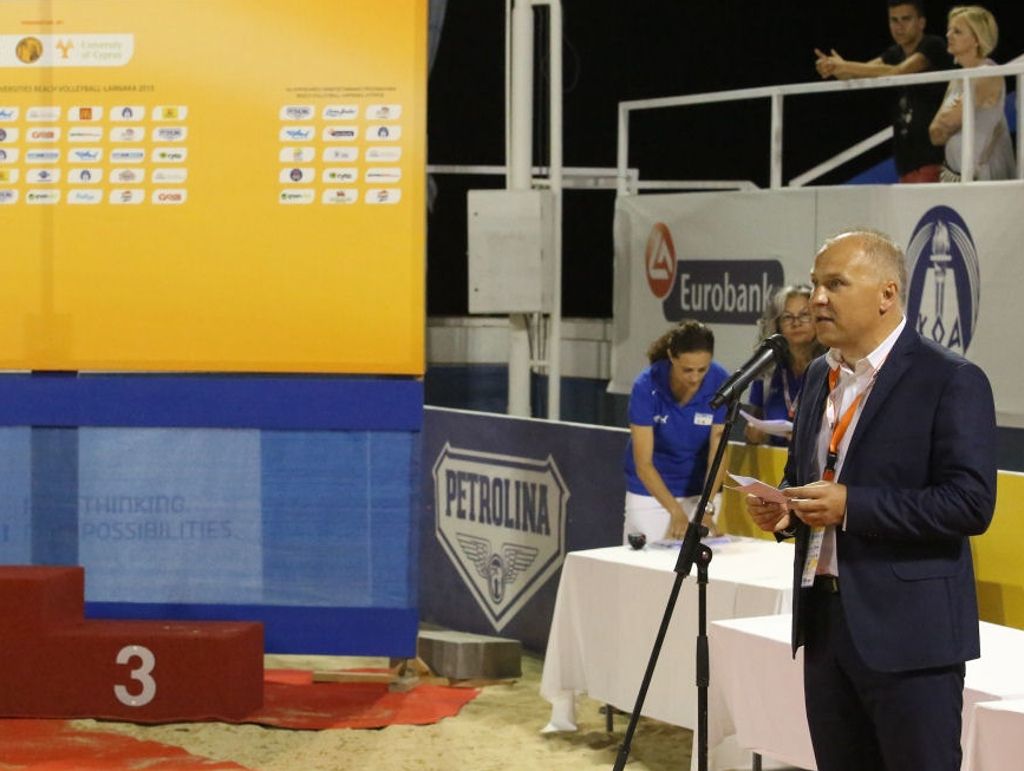 Closing speeches were given by Mr Michalis Krashias, President of CUSF, and Mr Adam Roczek, President of the European University Sports Association (EUSA). 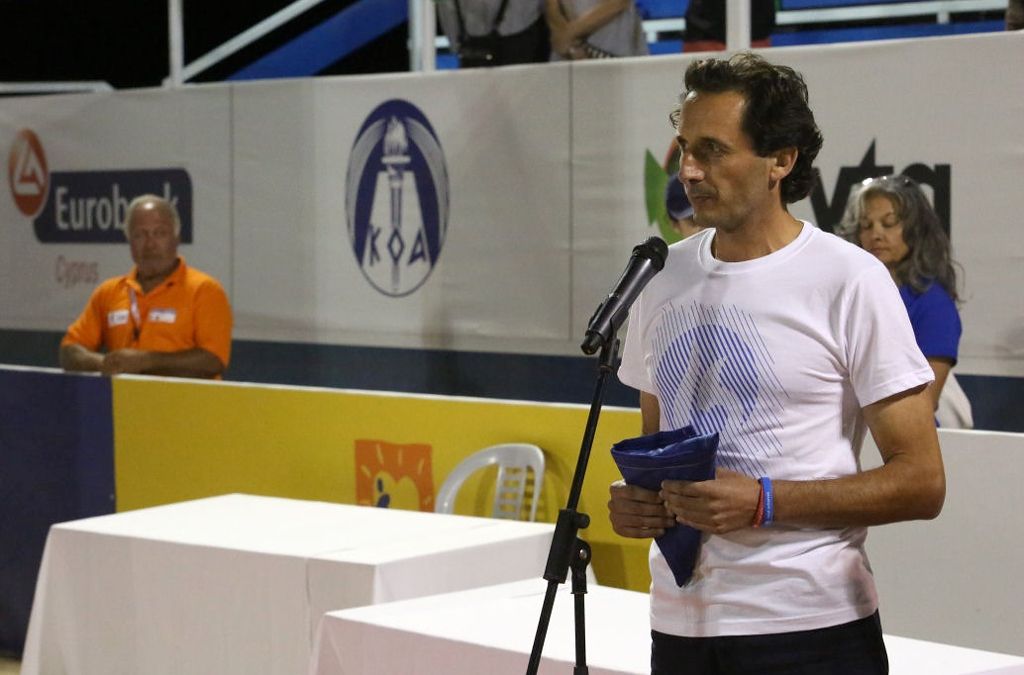 At the end of the event, EUSA flag was passed on to the representative of the European Universities Games Zagreb-Rijeka 2016, which will also feature Beach Volleyball Competitions next year, while the 2017 European Universities Beach Volleyball Championship will be organised in the Croatian city of Split, together with Basketball 3x3 and Sport Climbing.

For detailed results, news and more information, please see the official website of the event at www.beachvolleyball2015.eusa.eu.