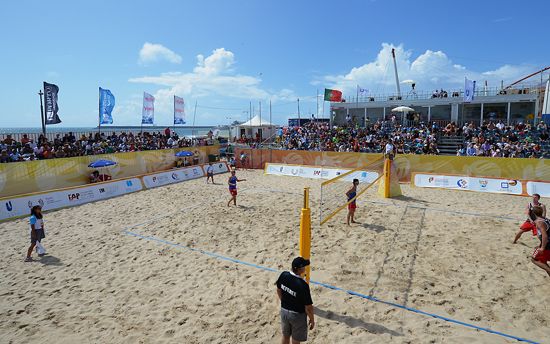 The 9th European Universities Beach Volleyball Championship has successfully concluded on 28th July with an exciting Closing Ceremony in Porto, Portugal. Over 150 participants from 33 Universities from 17 countries took part in this year’s edition of the event. The matches, played in front of full audience, were also broadcast live via webstreaming. 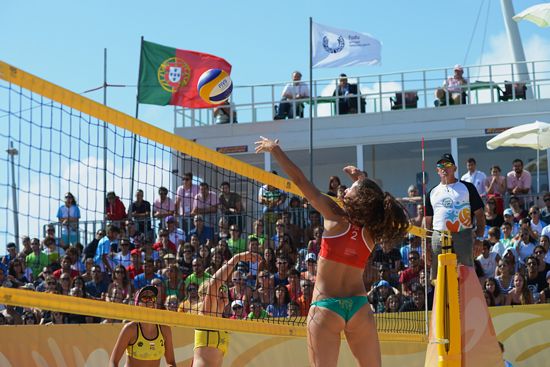 The Opening Ceremony of took place on July 23, in Porto, at Edifício Transparente’s Beach Arena. The Ceremony was attended by Mr José Carlos Marques dos Santos, representing the University of Porto. On behalf of the Organizing Committee, participants were welcomed by Mr Ruben Alves, President of the Organizing Committee and on behalf of the European University Sports Association (EUSA) Mr Fernando Parente, Executive Committee member. 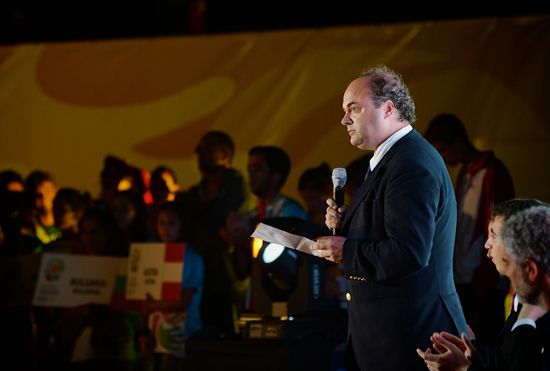 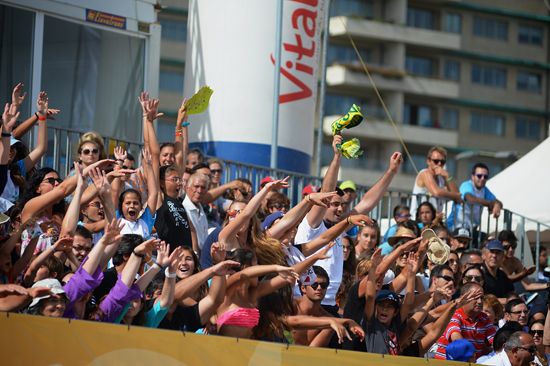 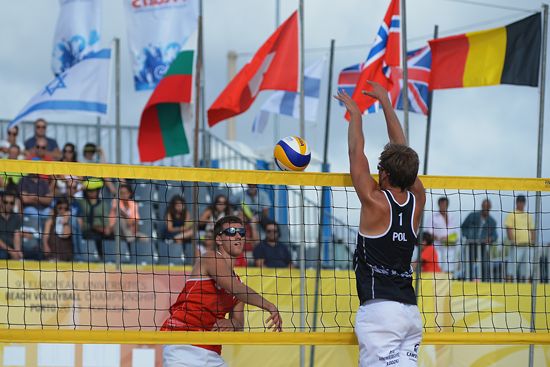 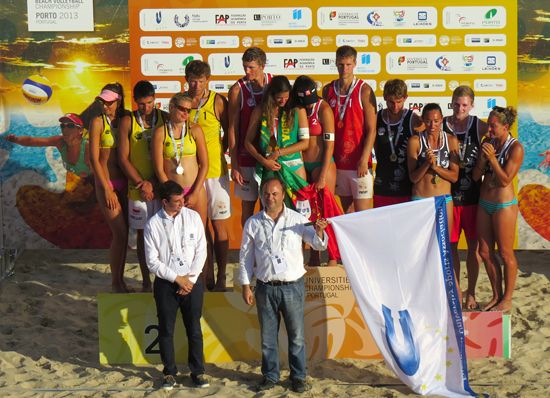 Most valuable players’ awards were also recognised. After the closing speeches, the EUSA flag was passed to Mr Parente, member of the EUSA Executive Committee. The next EUSA beach volleyball event will be held in 2015 at the 10th European Universities Championship in Larnaca, Cyprus.

More information and photos at www.eucbeachvolley2013.com. 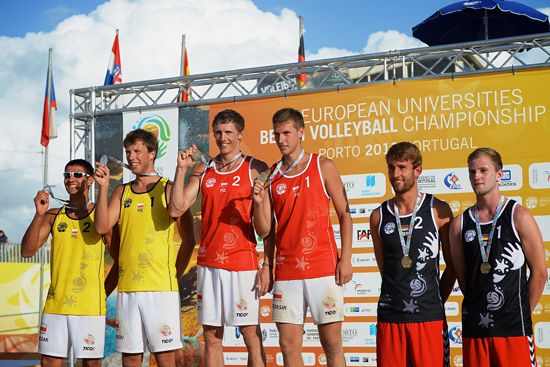 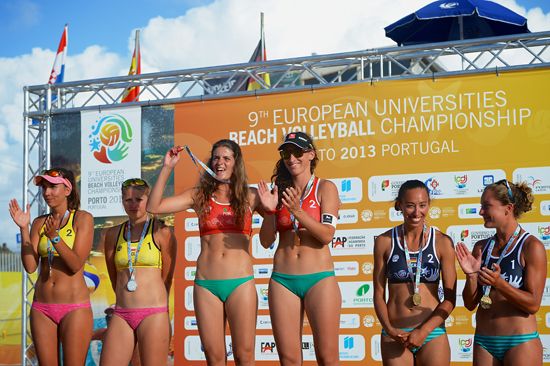