The event was organised by the Dublin City University and CUSAI and has attracted participation of 16 men's teams and 11 women's teams from 11 European countries.

The opening ceremony was held at the Dublin City University. Representatives from CUSAI, the DCU and Tennis Ireland were present and delivered speeches.

After playing the EUSA anthem and placing the EUSA flag, Mr. Leonz Eder welcomed all the participants on behalf of EUSA and opened the event.

The matches on the EUC were played on a very high level. The London Metropolitan University won in both the Men's and Women's Championships.

Moscow State University were the opponents in the Men's finals, where the British institution secured both singles rubbers to render the doubles irrelevant and win the tie 2-0.

In the Women's event University of Muenster (GER) provided the challenge for the London side, with the singles split, the London Metropolitan University held their nerve to collect the title by winning the doubles rubber.

The Organising Committee, chaired by Mr. Jamie Pilkington prepared also a very rich social program for the participants, including parties, sightseeing and shopping, as well as a special dinner for the delegates in the prestigious Clontarf Castle; with a presence of CUSAI Chairman Mr. Kieran Dowd and Secretary General Mr. Brian Mullis.

More results and info on the EUC Tennis can be found on http://cusai.ie/eusatennis/ 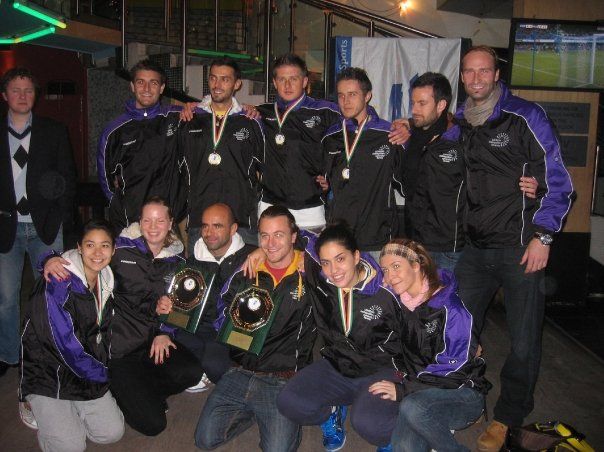 Address of the Organizing Committee