12 women and 16 men teams participated at the 6th European University Basketball Championship, which was organised by University of Minho Sports Hall and Multiusos Sports Hall in the beautiful Portuguese city of Guimaraes. The championship started on 11th and finished on 16th of July 2006.

Whether athletes, officials, press or other guests arrived at Oporto International Airport, bus or train station, special buses were provided to the accommodation. All the teams were accommodated to three different hotels of the city of Guimaraes, all of very good quality. Breakfast and dinner was served at the hotel, while catering was organised in the sports centre in University of Minho Sports Hall, and lunch at the University restaurant.

Local radio and various TV channels, as well as local newspaper followed the Championship. It all started with the opening ceremony in the city plaza. At the beginning, we could see the arrival of Portuguese flag, and hear their national anthem. After that, there was a marching pass of the participating teams. The President of the Organising Committee, President of the national University Sports Federation, EUSA Executive Committee member, held welcome speeches and then Youth and Sports Secretary of State officially declared the sixth European University Basketball Championship open. After athletes and referees oath, the cultural programme starts.

The organisers used a big sport complex, “Multiusos”, with two basketball courts as main venue. All courts were well equipped and had the highest technical standards, so the conditions for all players were excellent.

Besides hard work on the court, there were also some very interesting social activities going on during the tournament. Most popular was by no means pub hopping in the city centre of Guimaraes, where several official bars for the participants had everything on discount. While the students had their parties on 13th and 16th July, the Rector of the University of Minho was hosting a dinner for heads of delegations, OC members and EUSA delegates in Centro Cultural Vila Flor, Guimaraes.

The closing ceremony was held in the Sports Hall of the Sports Centre of Multiusos. After some speeches and thanking organisers for well-organised championship, Ulf Öhrmann, Swedish Basketball Technical Delegate of EUSA closed the championship. 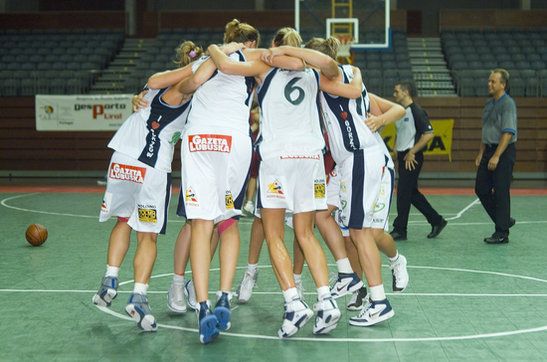