This year’s major event EUC 2006 that combined the European University Championships in Volleyball, Football, Tennis, and the Water Polo Cup, took place in Eindhoven, the Netherlands from July 2-9, 2006.

16 teams from 12 countries participated in the men’s championship and 11 teams from 8 countries in the women championship. Totally, there were 27 teams participating from 13 countries. There were 6 men players with current ATP ranking (the highest at 660) and 2 women players with current WTA ranking (the highest 664). In addition, among 100 players, there were more than 20 players who had ATP/WTA points in the past, the highest with a position of 269 in the ATP ranking in April 2005, which all indicated, that it would be very interesting tournament to see. All the teams, EUSA delegates, and technical delegates were accommodated in the holiday village called de Kempervennen. Students were sleeping in the cottages provided.

Fresh bread and fruits were offered for breakfast in the cottages every morning. Catering was organized in the sports centre in the big tent, where two warm meals were offered per day.

On Monday evening, 3rd of July the event was opened with a ceremony, that took place at the plaza before the city hall in Eindhoven. Before and after this official part there was some entertainment at the plaza: some drinks, a fire act, music, a Capoeira demonstration, and a band performance. Adam Roczek, EC representative declared the championship open.

The 3rd EUC tennis was held on 11 artificial grass pitches located at walking distance (5 minutes) from the student sport centre. The competitors could either use the changing rooms and the cafeteria located next to the courts, or make use of the facilities at the sport centre. The competition was played in pools (round robin) during the first days, and quarterfinals on Thursday, with the semi finals on Friday and the finals on Saturday.

Besides the official competition, there were quite a few extra activities and parties. It was possible to follow Football WC on big screens in the sports centre and special students parties were organized. The most popular was with no doubt pub hopping in the city centre of Eindhoven. Final party was held in a big centre called Effenaar, where the students could dance with live music. Emotions were high after the finals, and the party was very much appreciated by the participants. 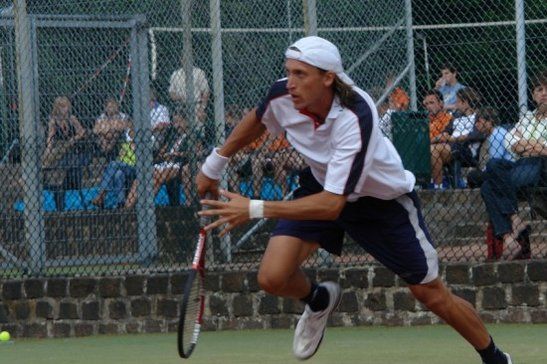