The tournament took place CSN Brive facilities. The 2000m racing course was the Albano-Bouyed, located on a sheltered lake within a valley and with warm-up and cool-down areas nearby.

The teams arrived at Brive on Thursday evening. The participants were accommodated in chalets and apartments in the immediate neighbourhood, most of them in walking distance. After the accreditations, the team managers meeting, and the draw, there was an Opening ceremony for all teams. The ceremony took place on the regatta course, and welcome speeches were held by the OC President, President of the Lake Foundation, EUSA President and mayor of Brive.

The tournament began on Thursday morning. The standard FISA progression policy was adopted as well knockout-racing guidelines throughout the regatta. No pre-draw seeding were made, although an effort to ensure crews of the same nation were drawn indifferent heats was made where two or more entries were made by one nation.

The overall standard in most events was high and competition for medals was excellent. 12 nations won medals, with 8 nations winning gold. The overall medals table placed GBR top with 13 medals from 20 boats entering, winning 4 gold, 5 silver and 4 bronze medals.

After the last medal awarding ceremony a closing ceremony and a farewell-party were held, with guests and representatives from the City of Brive, the Region, University of Limoges, FNSU and UESA, which expressed thanks to the organisers and the participants for great championship. The next EUC Rowing will be organised in Girona, Spain in 2007. 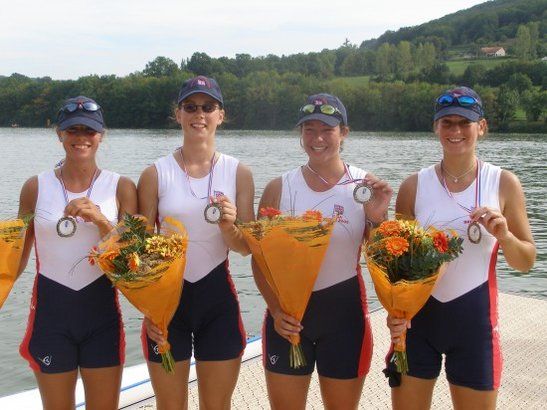