Besancon, France: June 26 - July 1, 2006
The 1st European University Handball Championship was held in Besançon, France. It was organised from June 26 to July 1. 11 men and 7 women university teams from 11 countries participated at the event.

All the students were accommodated in students dormitories, very near the venues. All the rooms were one bed-only and had all the necessary items for the comfortable stay. All the participants were provided with a specific number of tickets, which they exchanged for food at the dormitory restaurant.

The matches were played in three different sport halls. Playing time for both categories was twice 30 minutes. The course of the matches ran smoothly. The tournament started on the 27th, with semi-finals on the 30th and finals for men and women on 1st of July.

The opening ceremony was on the 27th, with the Mayor of the city giving his speech. The Mayor also held a reception for all participants at the Town Hall. The OC committee invited the EUSA officials and sponsors to an official dinner at the Casino.

After both finals, there was a closing ceremony, which included prize giving and awards ceremony. After that, all participants were invited for dinner and party at the nightclub.

The next EUC will be organised in Lodz, Poland in 2007. 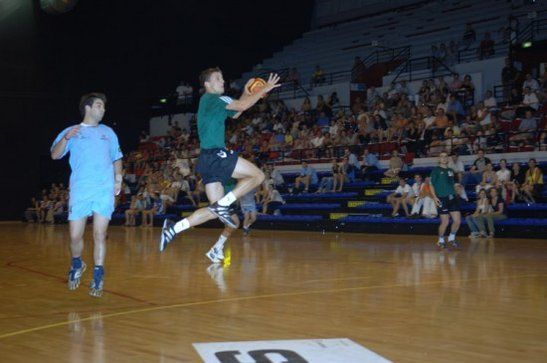