EUG 2022: Closure for swimming, finals for the rest

One of the 7 remaining sports present on the schedule of the European Universities Games 2022, swimming had its closure today. Tomorrow the 6 left, badminton, sport climbing, handball, basketball, karate and taekwondo are going to have their last day of competition.

Zgierz was busy and full again, today. Karate was having more rounds in which athletes were reaching their placements in the finals in their designated categories. It is going to be exciting on the karate tatamies tommorow. 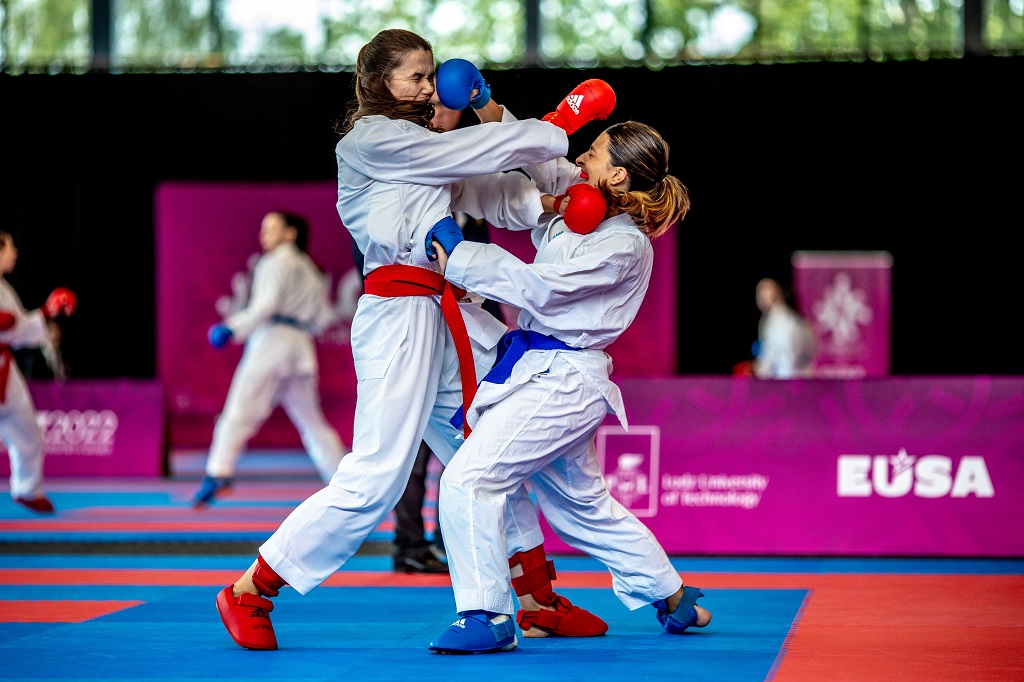 The other combat sport that was going on strong today, was taekwondo. Skorupki hall was the place where more points and new placements up and down the scale were earned. In both men and women categories, athletes were showcasing their ability and will to reach the finals and medals. Besides the strong competitiveness present at Skorupki hall, there were also fair play competitions and big amount of support showed from athlete to athlete. 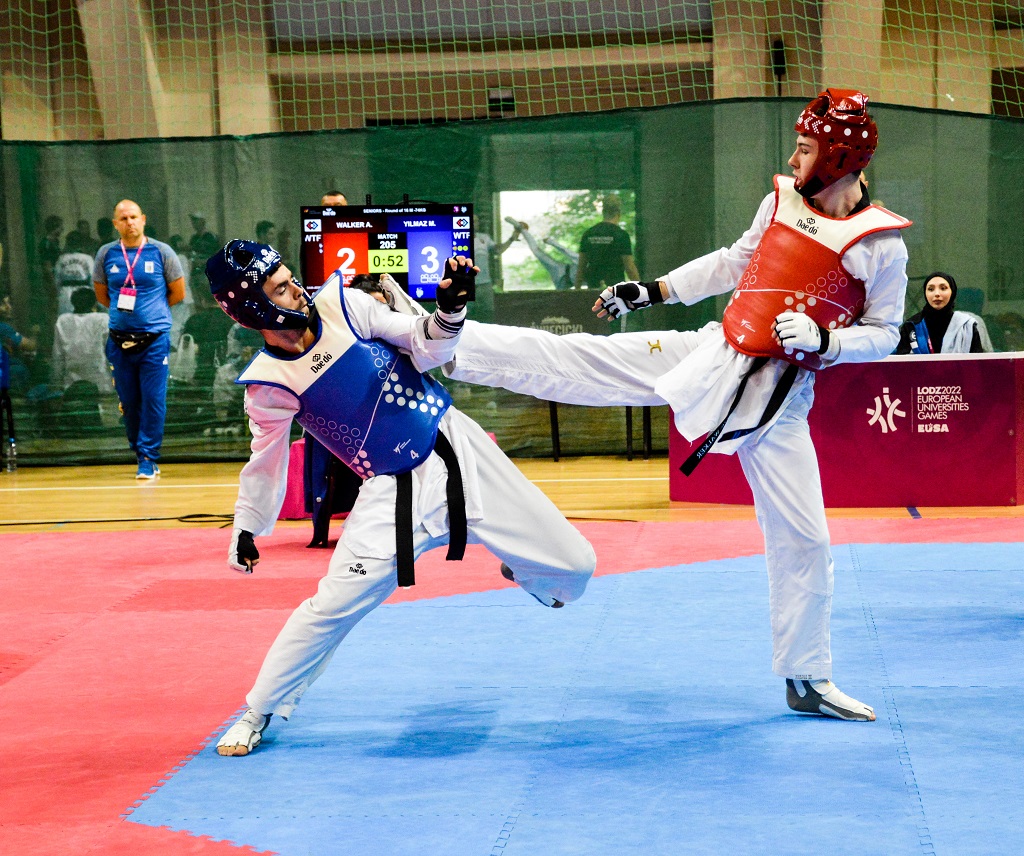 For the swimmers, today was the last chance to compete and get the place on the podium. The athletes showed readiness, competitiveness, strive for the win, but mostly happiness and satisfaction to be part of the swimming competition at the European Universities Games 2022 in Lodz, Poland. The competition was closed in great sporting spirit and with a lot of awards for the sucessful results. 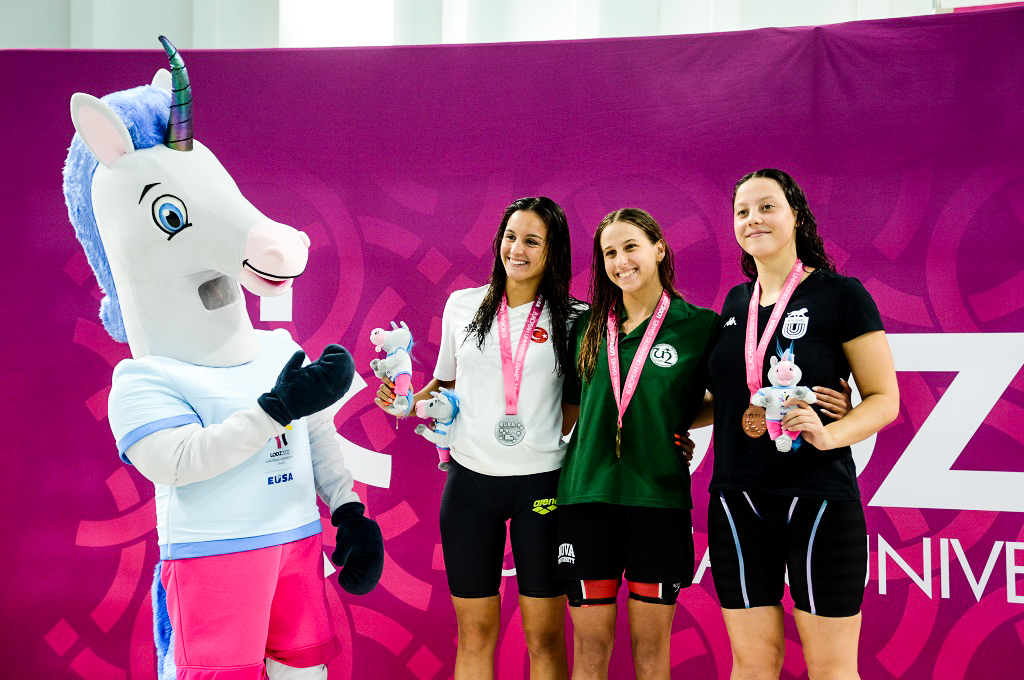 Sport climbing had its second day of competition, in boulder. Athletes in both men and women competitions gave their best to get to the wanted results. They competed in two rounds today, eliminaton rounds in the morning and the finals in the afternoon. 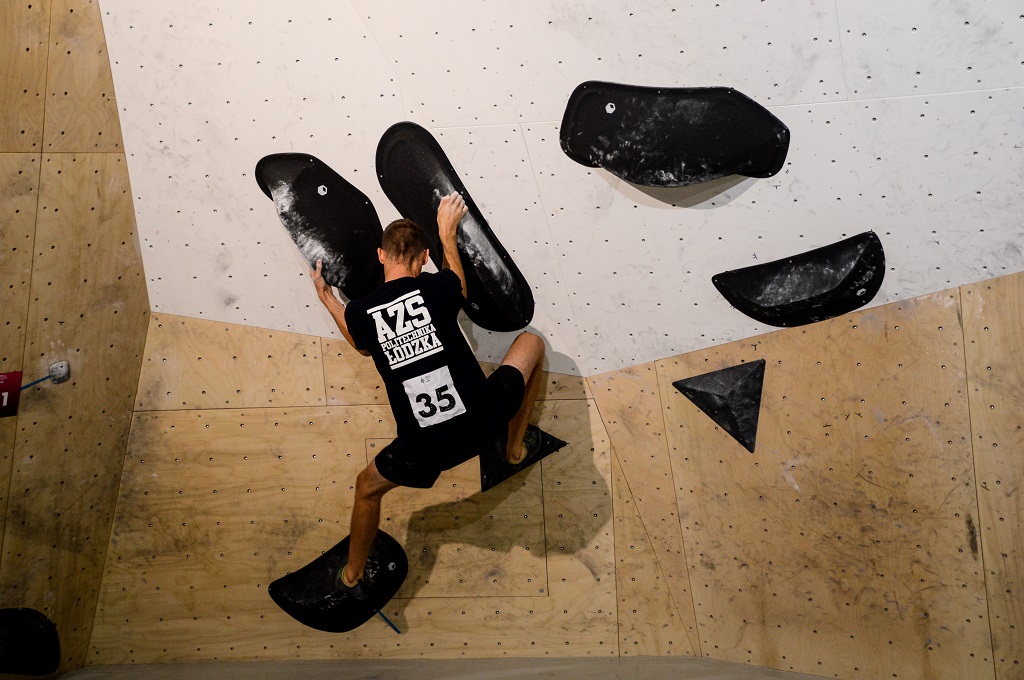 In the final phaze of women basketball at the European Universities Games 2022, 6 universities played in the semi-finals. Charles University (CZE) played agains Szechenyi Istvan University (HUN) and won the match. In the second half of the day, the hall was full of support and cheering for University of Pitesti (ROU) and Vasyl Stefanyk Precarpathian National University (UKR), as well as for Lodz University of Technology (POL) and University of Aveiro (POR). After the exhausting games tomorrow at the finals we will see which of these teams are going to take the 3 stands on the podium and go home with gold, silver or bronze medals around their necks. 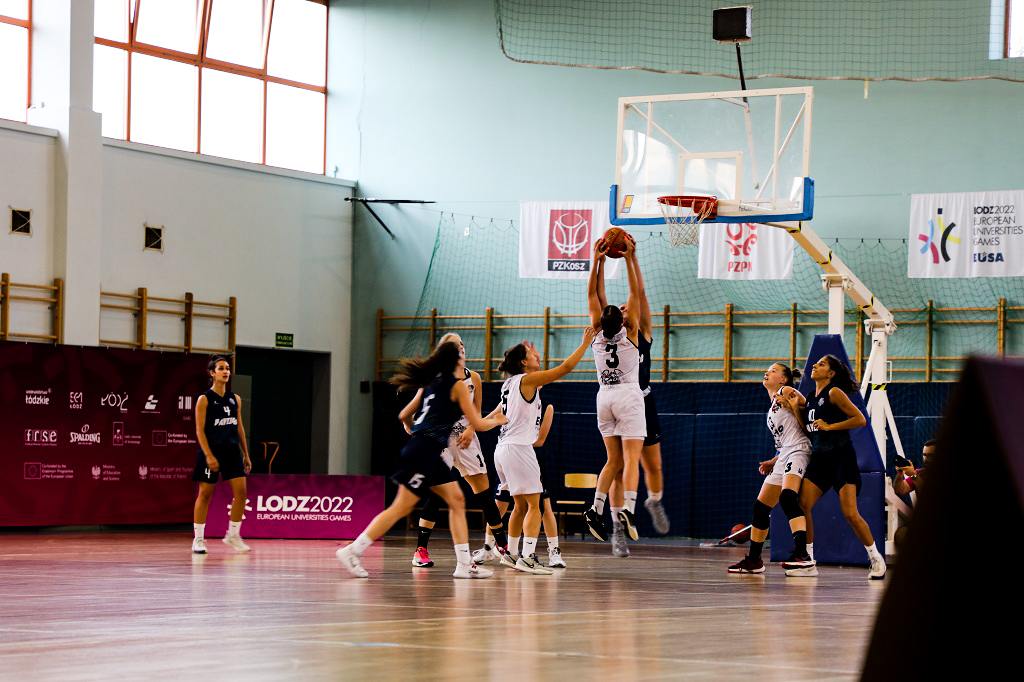 Handball was having semi-final matches today. We were present at thevery anticipating  match between Jan Evangelista Purkyne University (CZE) and University of Granada (ESP). 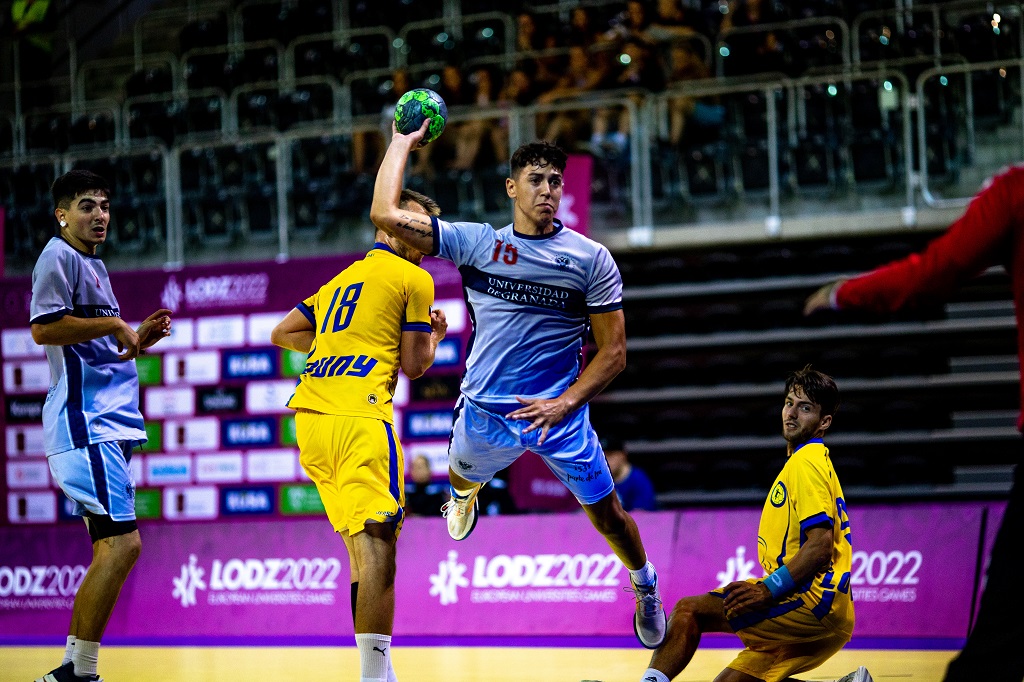