The Platinum Ice Arena in the Russian city of Krasnoyarsk was a picture of light, colour and culture on Saturday evening as a spectacular opening ceremony paved the way for the official start of the 29th edition of the Winter Universiade.

The theatrical production on show involving over 1000 performers mesmerised all in attendance, showcasing the authentic traditions and everyday life of the local people who live along the Yenisei River that cuts through the region. The crowd was taken on a magical journey which traced the rich culture of the region and its history, depicting the Siberian heritage and the achievements of those who hailed from the area. Shamans danced to ethnic music as starlit reindeer floated above the arena, while gigantic tea cups symbolised the friendly Russian hospitality. 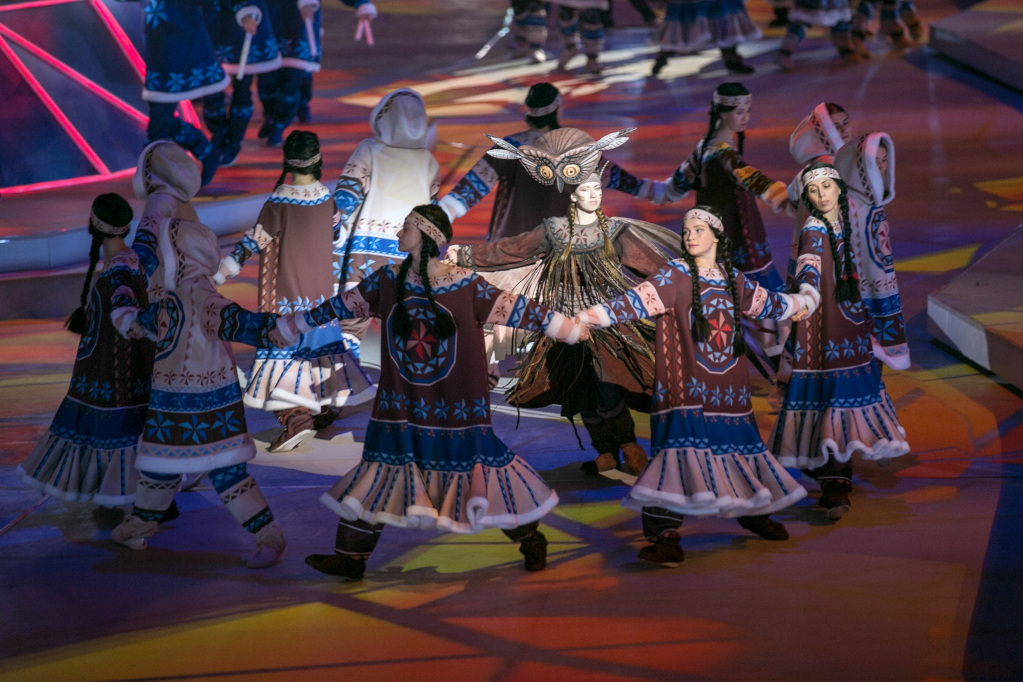 Performances from the ballet company of the Hvorostovsky Krasnoyarsk State Opera, the Ballet Theatre and the jazz ballet of Valery Tereshkin were elegant, while modern culture was also on show, with the S-BROTHER-S DJ project helping to provide a soundtrack to the entrance of the athletes from the 58 competing nations. 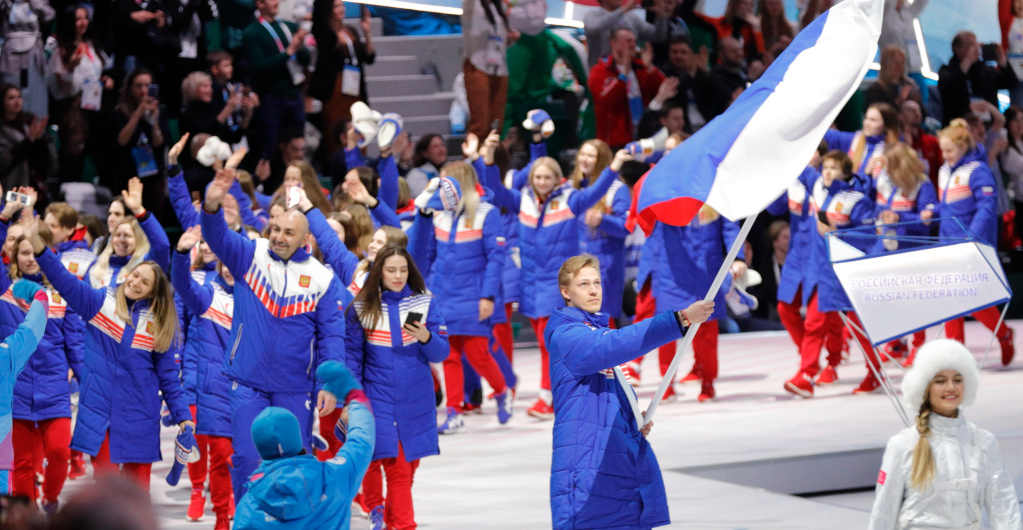 The sole athlete from Afghanistan opened the parade of nations taking part, with the loudest cheer reserved for host nation Russia, who proudly walked around the arena with their 293-strong contingent of athletes. 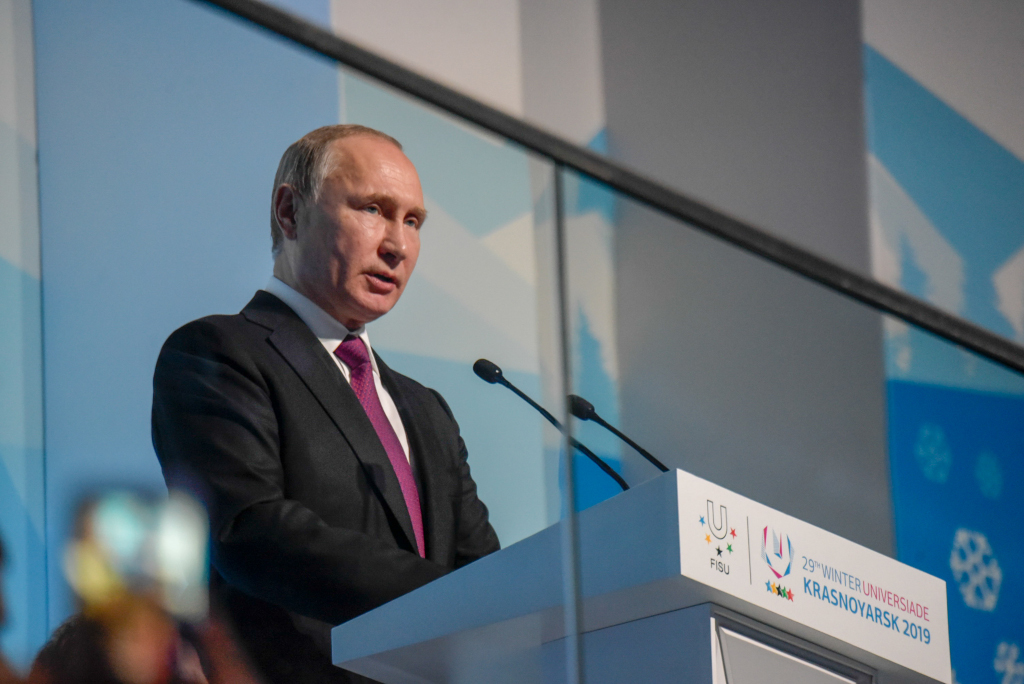 Russian President Vladimir Putin declared the Games officially open by welcoming everyone to Russia. “Today, the international festival of university sport, a festival of youth and friendship, determined and honest competing has come to Krasnoyarsk, to the banks of our great Siberian river Yenisei,” he said. “Thousands of athletes from dozens of countries will showcase their prowess, power, speed, stamina and, of course, their will to win, along with a strong character and respect for their opponents. I am confident that each of you will remember these days for the rest of your lives, that they will give you only the most joyful impressions and will become a bright chapter in the history of international sport. I congratulate everyone on the start of the competitions and wish you success, convincing, remarkable and spectacular victories. I declare the XXIX Winter Universiade open.” 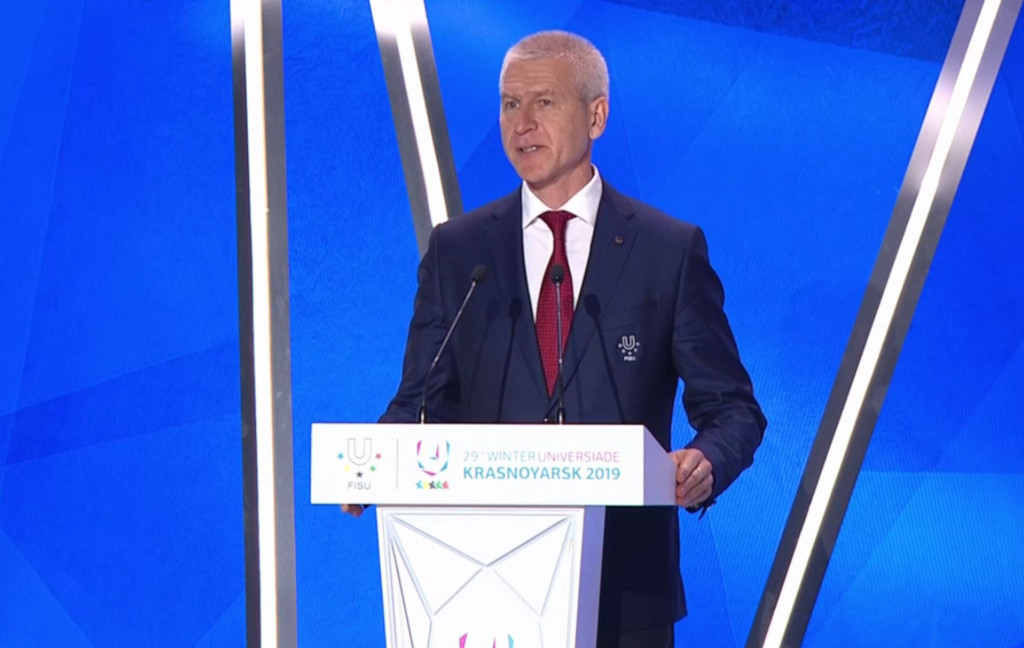 FISU President Oleg Matytsin said, “On behalf of the International University Sports Federation, it is my great honour to welcome you to the grand opening of the 29th Winter Universiade Krasnoyarsk 2019. It is the biggest sports event this year which turns a new leaf in the chronicles of the international university sports movement. For the first time in our 70-year history the Winter Universiade comes to Russia and is placed at par with other global sports events successfully organised in the country.” 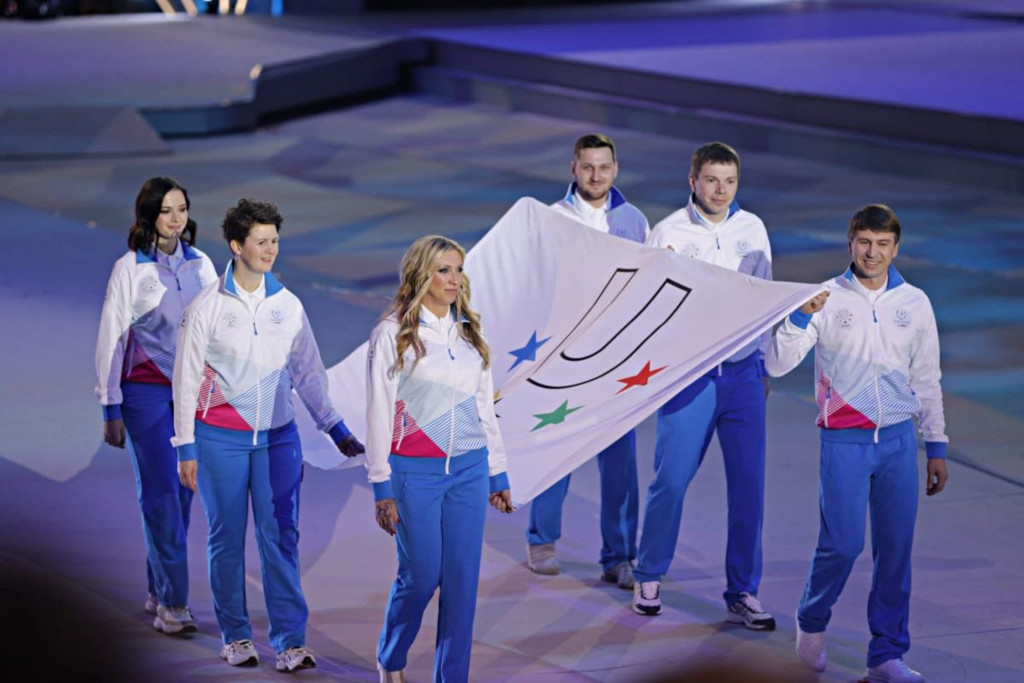 There was also an inspiring video message for the participating athletes from International Olympic Committee President Thomas Bach. “Who knows? The Krasnoyarsk Winter Universiade might just set you on your path to the Winter Olympics in 2022,” he said. Almost unbelievably, there was also a message from outer space by cosmonaut Oleg Kononenko from the International Space Station, who spoke of unity and friendship and planet Earth being our collective home. 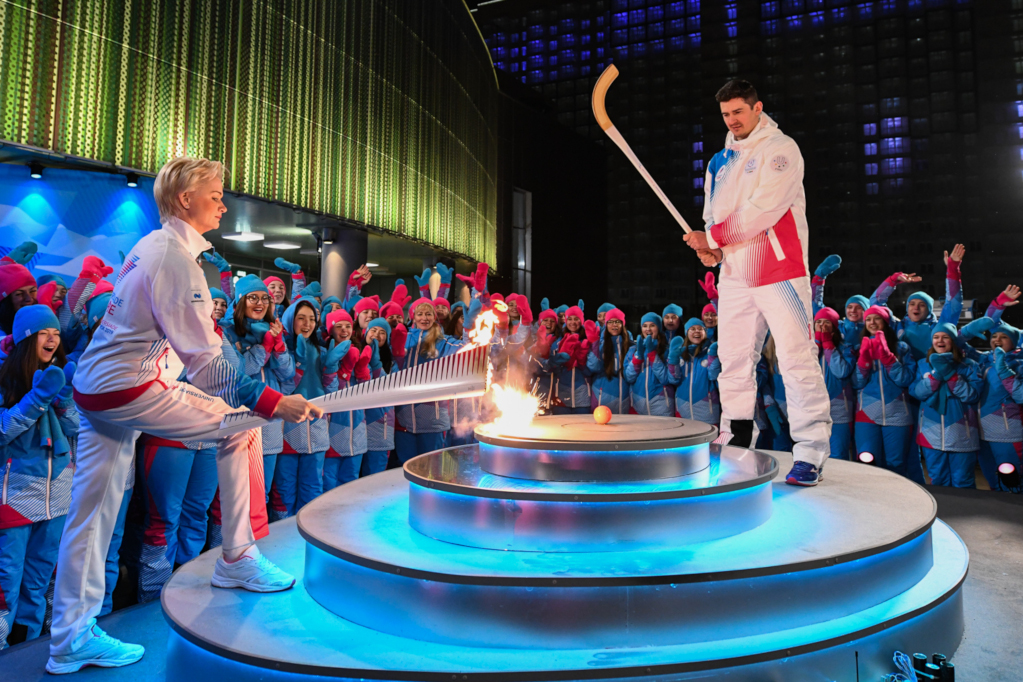 The audience enjoyed a stunning display from four-time world and Salt Lake City 2002 figure skating champion Alexey Yagudin, with the conclusion of his performance coinciding with the arrival of the Universiade flame. The flame was carried by several ambassadors for the Universiade, before it was used to light the Cauldron, located outside the venue. Krasnoyarsk-born bandy legend Sergey Lomanov, an 11-time world champion, incredulously shot a flaming ball with his stick, and with the aid of technology, the ball was shown to light the cauldron and began a series of fireworks to end the Ceremony. 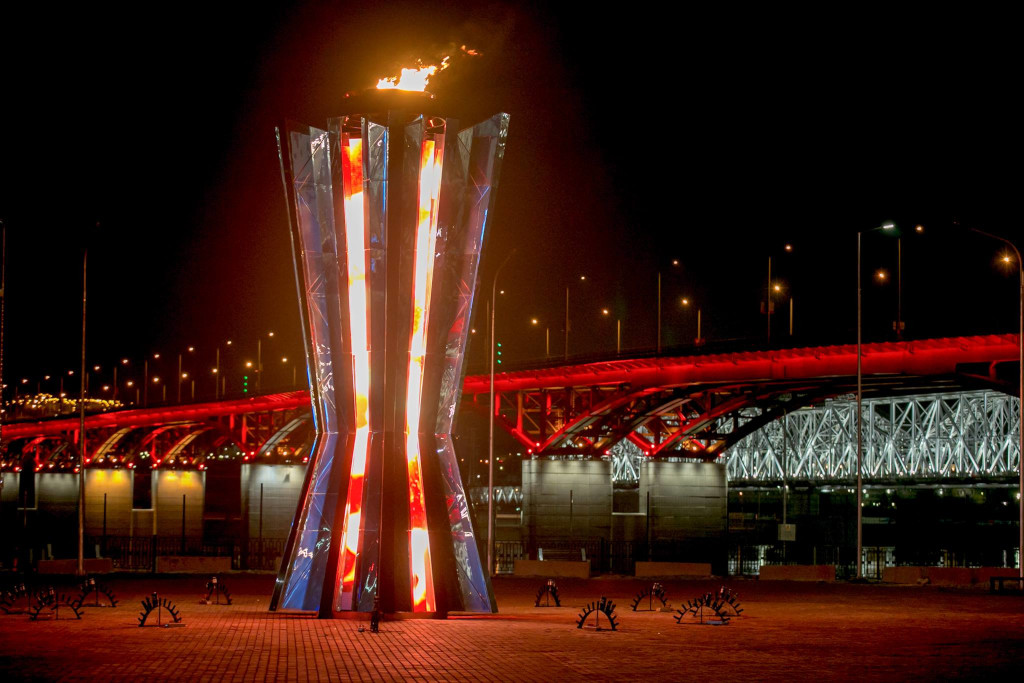