This month’s What’s Up Student Column focuses on a not very well-known sport even though many might have heard about it: the Basque Pelota. We talked with Irantzu Idoiaga, a former high-level player, to learn more about the sport, her experience and challenges in balancing her sports and education obligations.

About the sport
Played individually or in teams, Basque pelota's goal is to hit a ball, one team after another, against the wall to score points.
Although considered as a traditional sport/game, there are many different variations of Basque pelota. The rules remain the same but the equipment changes as well as the number of walls required (from 1 to 4). Regarding the equipment, the ball and the bat are not in the same materials nor size for each modality.
This sport is quite popular in the Basque country and is an important part of the Basque culture. However, there is no national league as it is only played in the Basque region (both Spanish and French parts). Yet, some variations of the sport are played in several countries of the American continent, that is why some teams go from regional straight to international competitions. 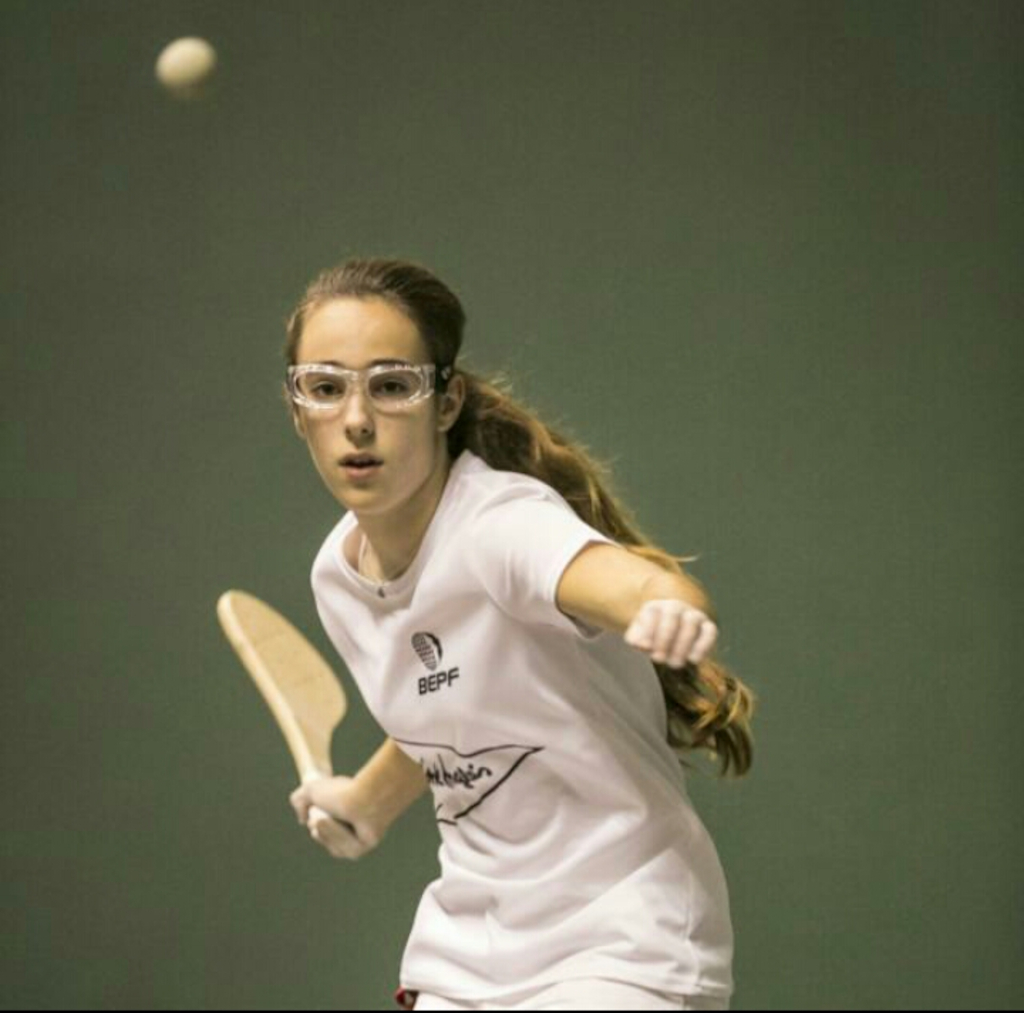 Irantzu experience
Irantzu lives in the Bizkaia province, in the Spanish part of the Basque Country. She is 20 years old and is currently in her 3rd year of medical studies at the University of the Basque Country.
Until recently, she was playing in the Bizkaia team, representing the province during competitions. Her team won the gold medal in the Championships of the Basque Country in 2019 in the final against Nafarroa team.
She started playing at 7 years old with the hand-pelota, the traditional and very demanding version, but she quickly wanted to quit as it was damaging her hands too much. Her trainer advised her to try playing with a bat (pala) as she might like it more. She tried different variations and stuck with Pala con pelota de goma maciza (Pala with a gum ball).
Quickly she fell in love with the sport. She enjoys the sport itself, especially the technicality of it: ''You have to focus on strength, being fast and having eyes everywhere ''. Moreover, it is easy to set up: ''You only need a wall, a ball and a bat, racket or just your hands  to play''.
It is not just about competing but also about having a good time: “I play sometimes with my friends and family for fun.'' Competitions made Irantzu’s team travel around the Basque country, meeting new people and making new friends.
She’s already been coaching kids before but does not wish to become a coach at professional level at the moment. 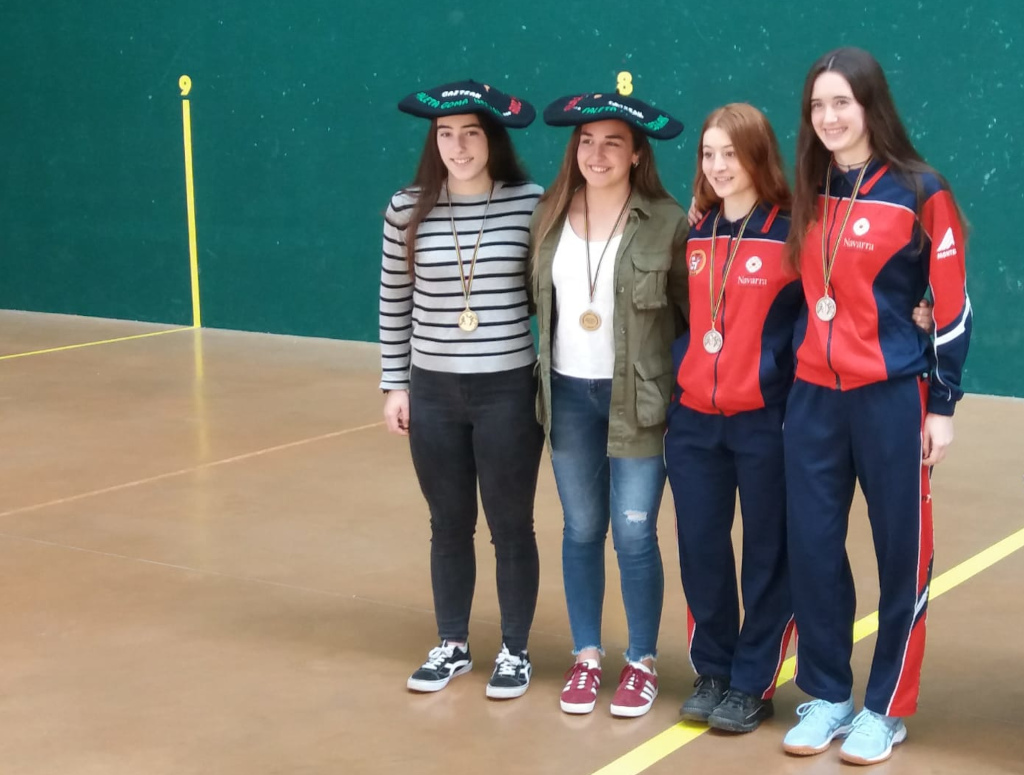 Balancing university and competitions
She usually had two training sessions per week and she could have two or three competitions per weekend.
Covid19 stopped many sport activities for a while and Irantzu’s team got back on court with high intensity training sessions. While she never thought about quitting before, her serious shoulder injury is part of the reason she left her team in August 2021.
The other reason is the impossibility of balancing training with class. There is no doubt that medical studies keep students very busy and Irantzu does not have the time for training anymore.
She did not consider herself a high level athlete as she was not playing for a national team, as a result she did not expect any flexibility from her university.
“I kept on saying that I won’t stop playing but I knew deep down that at some point I will have to, I just did not know when”.

While Irantzu is currently focusing on her studies, she is thinking about starting playing again in the future. Now that you know more about Basque pelota, don’t hesitate to grab a ball and a bat or racket and give it a try!