This year’s EU Sport Forum was organised by the European Commission, held on June 8 and 9 in an online form, drawing together over 500 participants, with an overall theme ‘Towards a healthier, resilient and sustainable European sport’.

The event gave participants an opportunity to get updates and views on the current topics in the field of European sport, with contribution of diverse speakers, exchanging and discussing views with policy makers of the EU institutions and Member States while tackling a range of topics during the sessions. 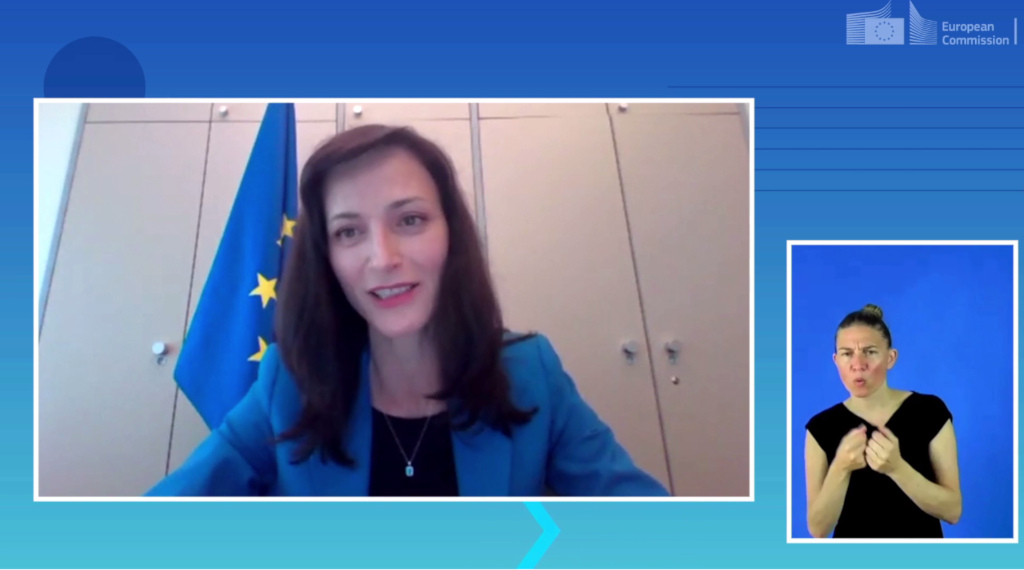 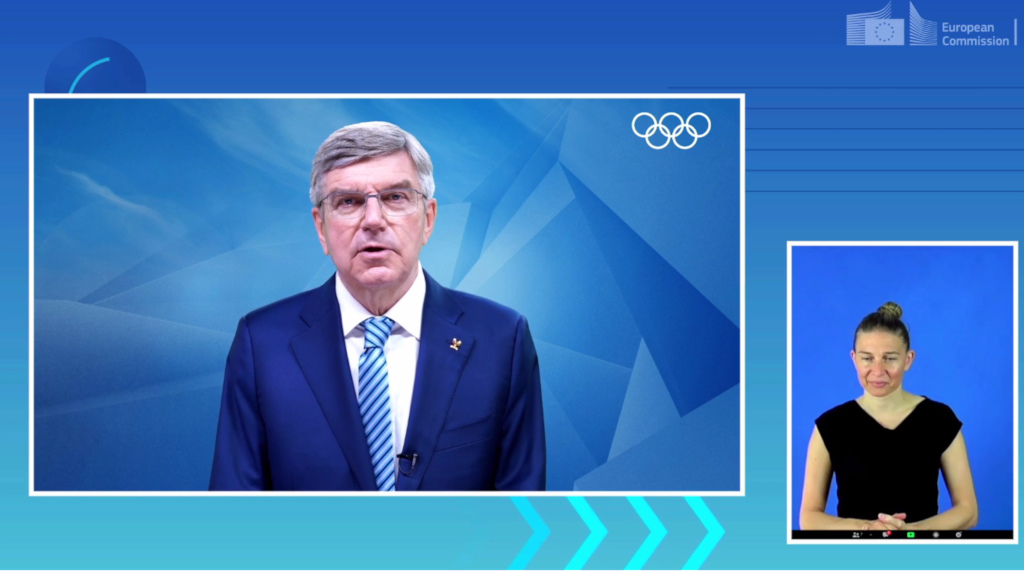 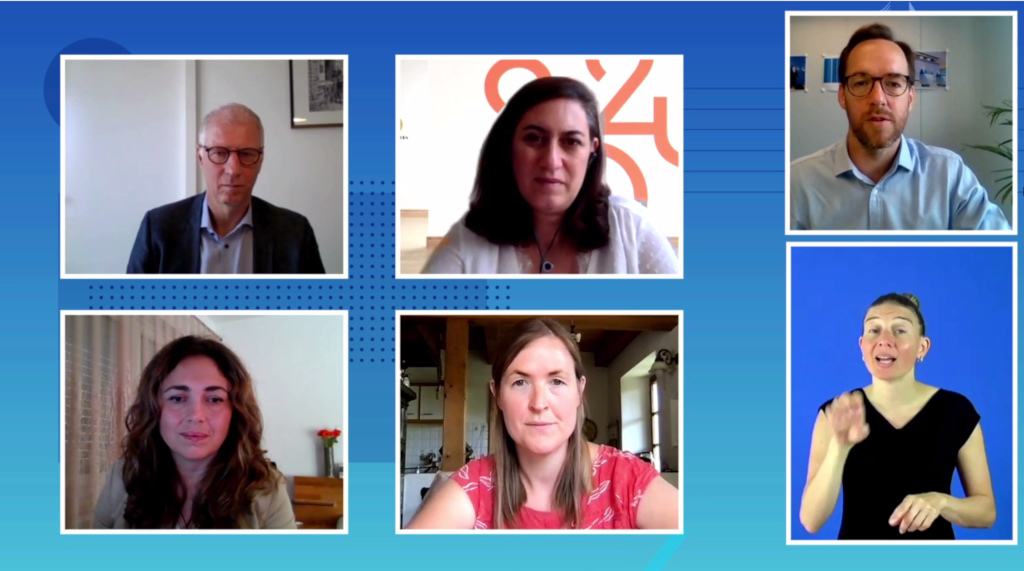 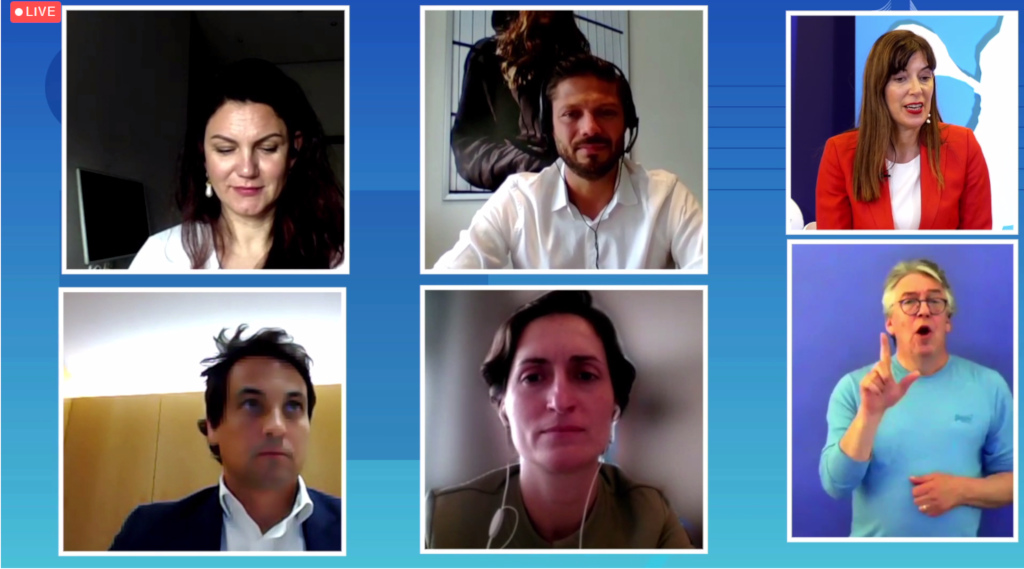 The Forum was also an opportunity to get an update on the new Erasmus+ Programme by the European Commission, presented by the Head of the Sport Unit of the European Commission Ms Floor van Houdt. Directly related to the impact of COVID-19 on coaches and athletes, a workshop on the challenges and lessons learnt was organised as the last session on the first day. The introduction was done by Ms Britt Eerland, Olympic table tennis player, before the start of the panel discussion, moderated by Mr Sergio Lara-Bercial, International Council for Couching Excellence – ICCE. Ms Vladyslava Kravchenko, Maltese Paralympic athlete; Mr Stefan Ludwig, coach of the ALBA Berlin Basketball Club; Mr Simon Keogh, CEO of Rugby Players Ireland; and Ms Martina Jericevic, former Chair of the Working Party on Sport, Croatian Presidency of the Council of the EU, contributed in the discussion. 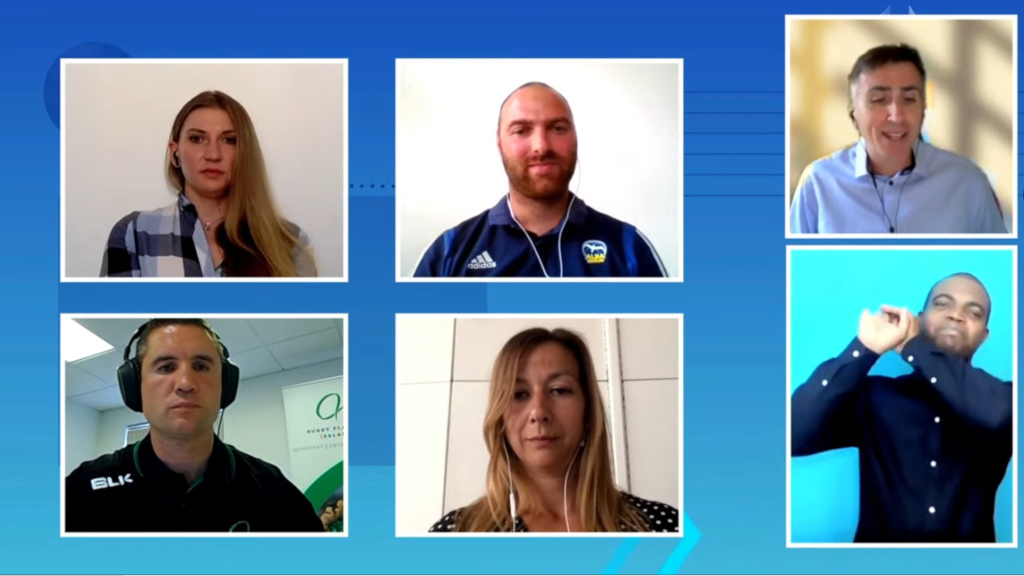 The second day started with the first plenary session of the day: A healthy lifestyle for all - teaming up to achieve it. The opening keynote was done by Commissioner Gabriel, introducing HealthyLifeStyle4All initiative. The panel discussion was moderated by Mr Brian Maguire, journalist at EURACTIV / EBX Media – who was also the overall moderated of the 2-day event. Contributors in the session were Ms Simona Kustec, Minister of Education, Science and Sport, Republic of Slovenia; Ms Fiona Bull, Head of Unit, Physical Activity, Department of Health Promotion, WHO; Mr Eric Abidal, UEFA Ambassador; and Mr Cliff Collins, Director of Programmes, EuropeActive. 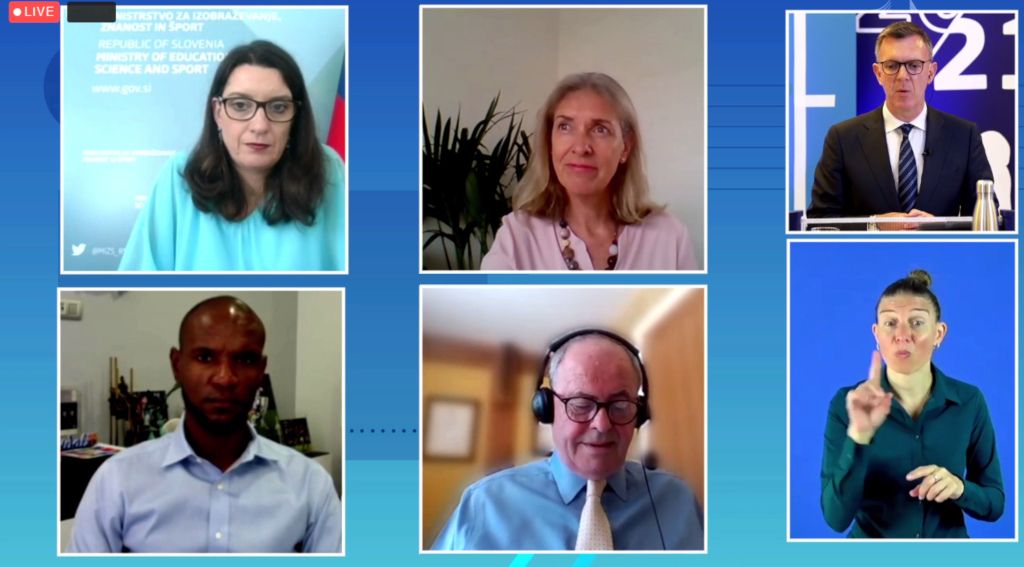 Second plenary was entitled How can sport and physical activity better contribute to a healthier society? The introduction was done by Mr Andre de Jeu, Director of the Dutch Association of Sports and Municipalities, and the panel discussion was moderated by Mr Georgi Chapov, Secretary of the Permanent Representation of the Republic of Bulgaria to the EU, with contributors Ms Sara Massini, Secretary General of the European Non-Governmental Sports Organisation – ENGSO, Ms    Sami Kokko, SCForth Ambassador and Professor at the Research Centre for Health Promotion, University of Jyvaskyla; Mr Hrvoje Custonja, Secretary General/CEO of the International School Sport Federation – ISF; and Mr Paolo Caserotti, Head of the Center for Active and Healthy, University of Southern Denmark. 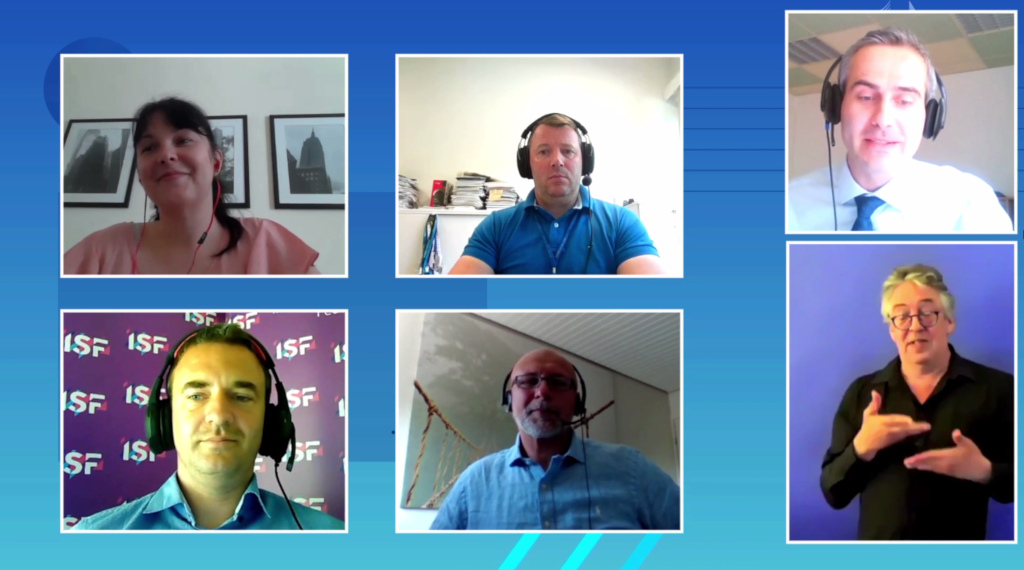 The last plenary session was in a form of an online workshop: #BeEqual: How to move towards more gender balance in the sport sector. Keynote speech was given by Ms Emine Bozkurt, Chair of the High-Level Group on Gender Equality and former MEP, and the panel discussion was moderated by Mr Simon Plasschaert, EU Attache Sport, Permanent Representation of Belgium to the EU, with contributors Ms Marisol Casado, President of the International Triathlon Union and IOC Member; Ms Nadine Kessler, Chief of Women’s football, UEFA; Mr Jean Gracia, former President of the European Athletics Championships Paris 2020; and Mr Stanislas Frossard, Executive Secretary, Enlarged Partial Agreement on Sport, Council of Europe. 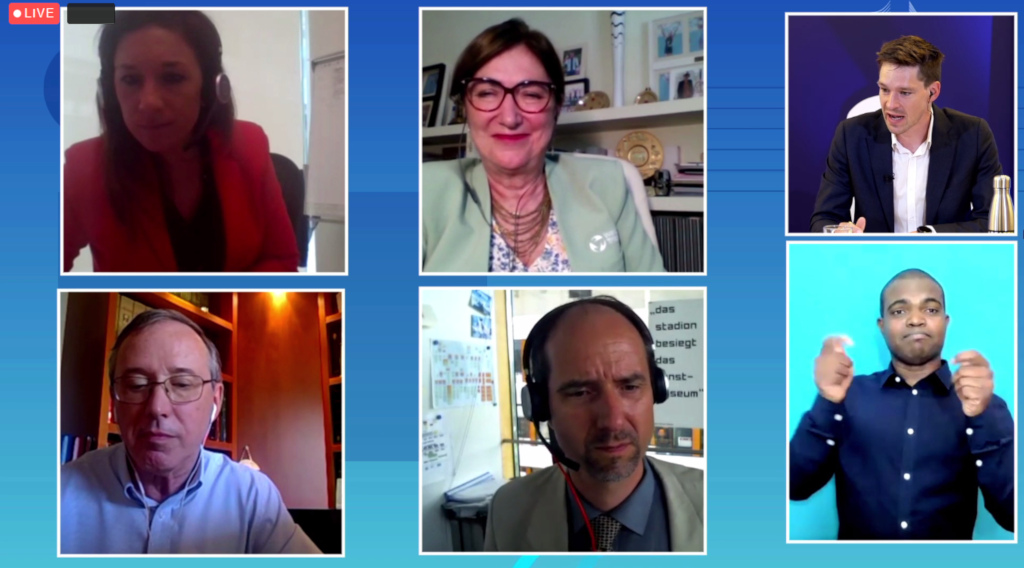 The event closed with the concluding remarks by Ms Mariya Gabriel, Commissioner for Innovation, Research, Culture, Education and Youth, highlighting the key issues raised in the event, and inviting the organisations to support and actively join the HealthyLifeStyle4All and the European Week of Sport.

Several of the topics discussed at the Forum were of key relevance also directly to the work of EUSA and its Institute, including gender equality and inclusion, sustainability, healthy lifestyle with physical activity. These areas are also addressed through transnational projects, co-funded by the Erasmus+ Programme of the European Union.