There were Italian stars aplenty on show at an enthralling and spectacular Opening Ceremony at Napoli’s San Paolo Stadium as FISU’s 30th Summer Universiade was officially opened on Wednesday evening.

The evening began with the appearance of the mascot Partenope, the mythical mermaid who appeared from the sky and floated gracefully onto the sea. One end of the stadium featured a glistening float representing waves and on the other, a replica of Mount Vesuvius glowing in shades of amber and red – the imagery capturing the very essence of Napoli. 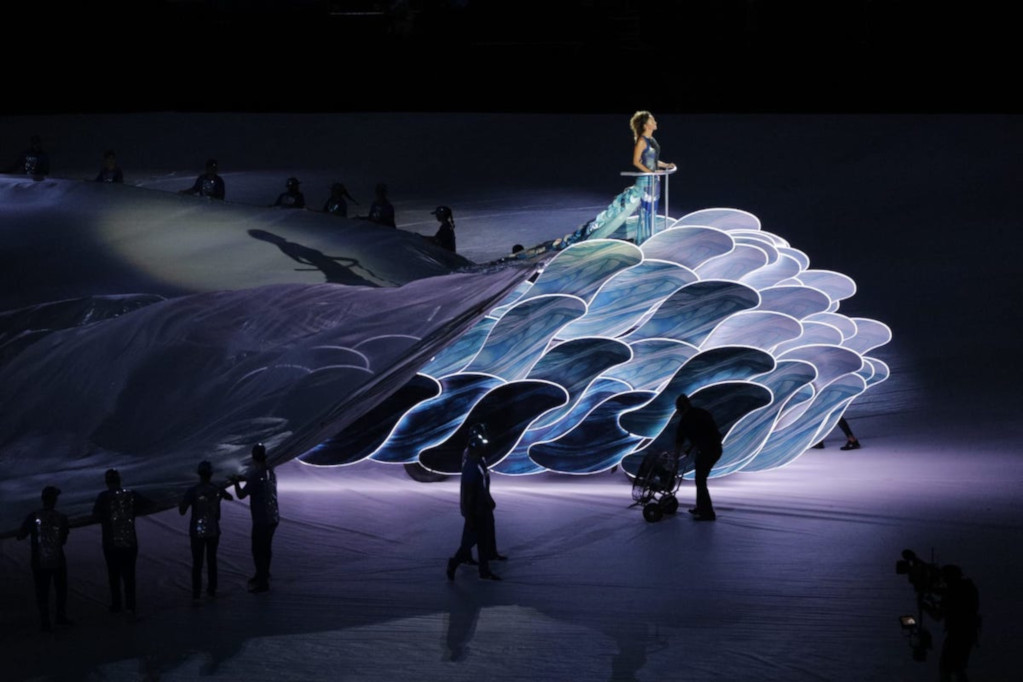 The Athletes Parade then ensued, with large delegations from the likes of Australia, China, Russia and the USA receiving a resounding welcome from the full-house in the stadium. Yet the noise exponentially increased for the final country to step out onto the track, as the 300+ delegation of hosts Italy was met with ecstatic cheering, yelling and applause from the jubilant home supporters.

During the Parade, the crowd was also treated to a show from a number of popular local artists including 16-year-old singer Carmen Pierri, winner of the Italian edition of 'The Voice', as well as well-known Italian singer-songwriter Malika Ayane, who welcomed in the Italian flag, carried by Paralympic and World champion in individual foil fencing, student-athlete Beatrice 'Bebe' Vio. 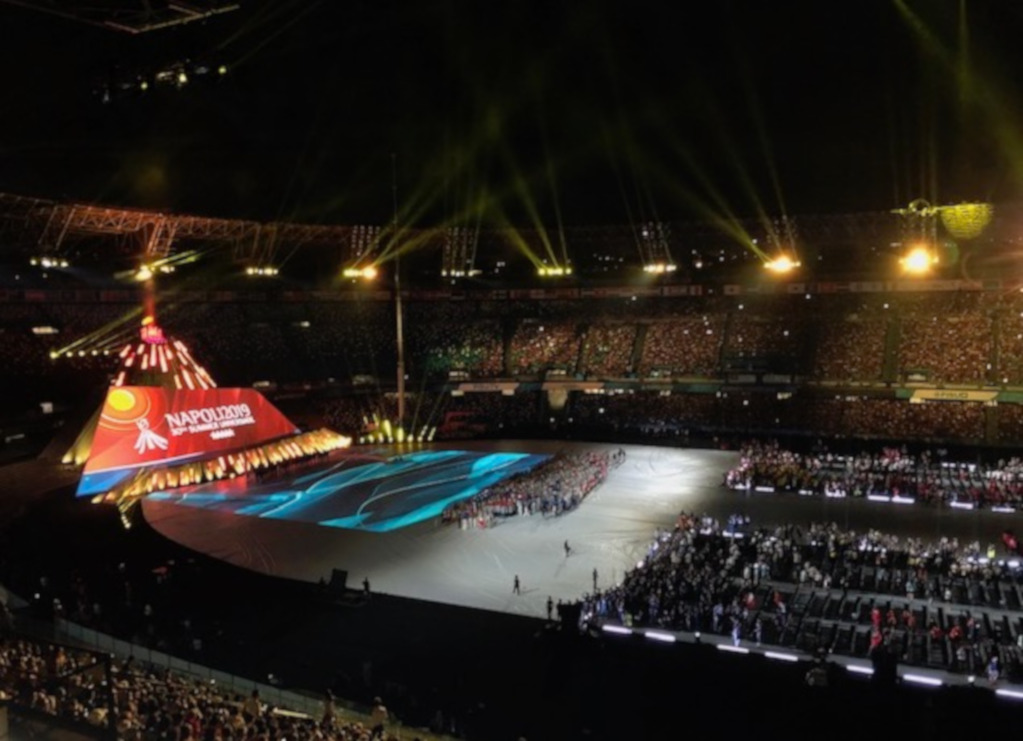 Music, dance, colour, art and acrobatics – performed by talented individuals from over 40 different dance schools in the region – kept those in attendance mesmerised before actress Iaia Forte then paid homage to ancient Neapolitan literature as she recited several passages.

President of the Campania Region Mr Vincenzo De Luca then addressed the crowd, thanking them for their presence, before FISU president Mr Oleg Matytsin reminded all in attendance of the legacy student sport has in Italy. 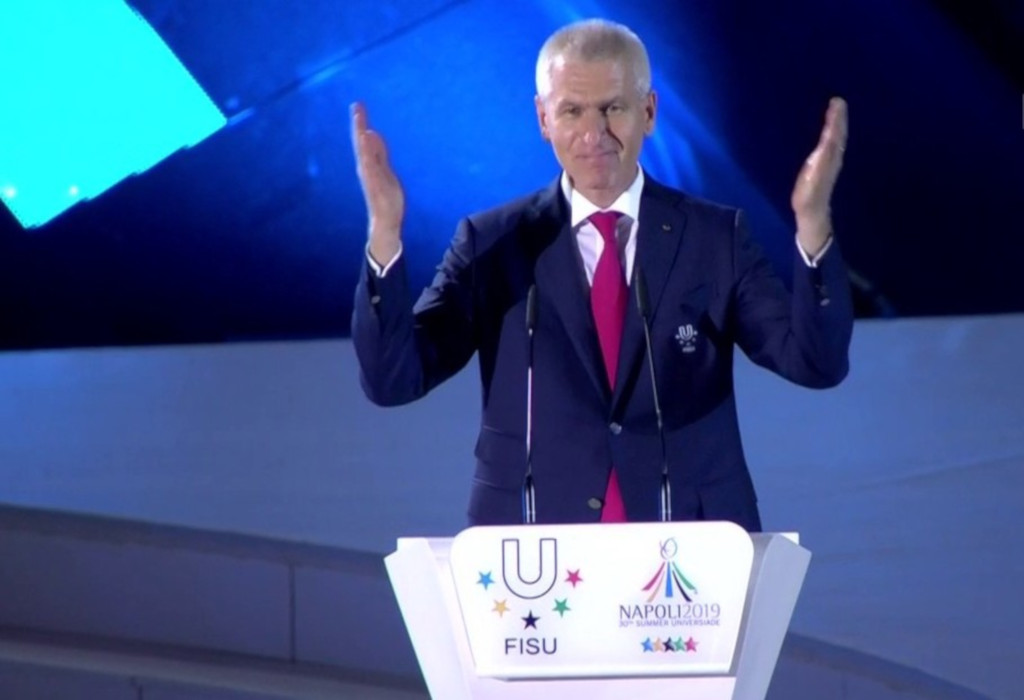 "It is here, in Italy that the Universiade started 60 years ago," he said. "It is from here that our movement started and then spread all around the world. It has become stronger because the lessons of sport have proven to be as powerful as anything we learn in the classroom."

“Not all of you will finish with a medal, but please remember that one victory is available to all of you - the chance to leave Napoli as a better person."

Following a video message from IOC President Mr Thomas Bach, Italian President Mr Sergio Mattarella officially declared the Games open as the FISU flag was then raised while a video retelling the journey of the Universiade Flame from Turin to the San Paolo Stadium was played. 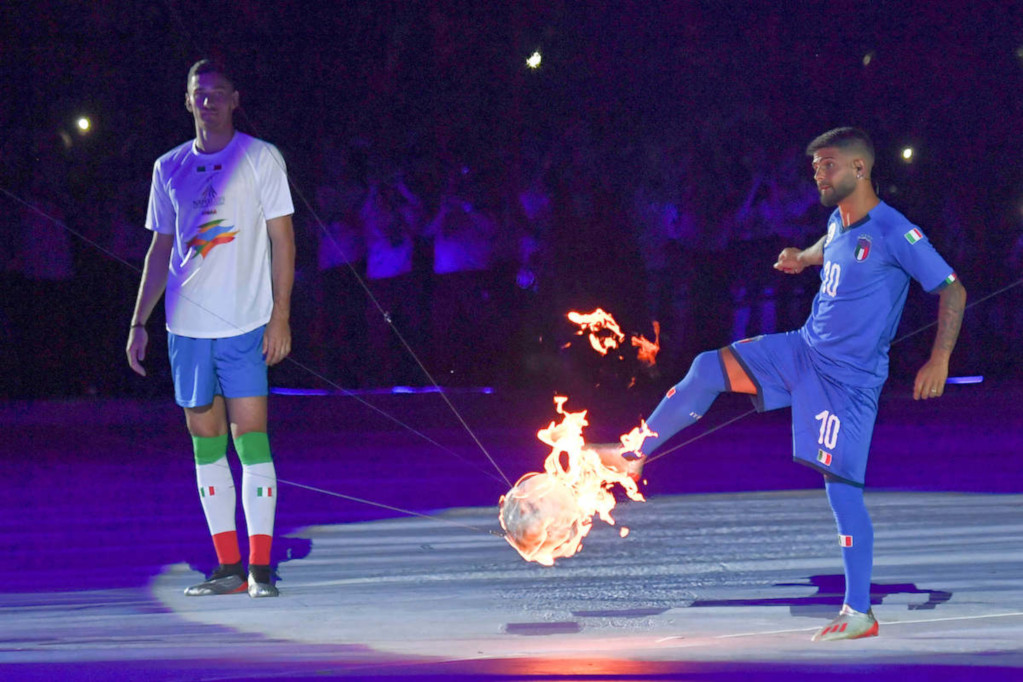 There was uncontrollable excitement among the capacity crowd as homegrown football stars Alex Meret, goalkeeper of the Serie A club Napoli and his captain, Italian international and star forward Lorenzo Insigne made an appearance, with the latter kicking a ball which burst into flames before soaring towards Mount Vesuvius, lighting the Cauldron in spectacular fashion.

The entertaining evening ended with another superstar appearance as world-famous opera singer Andrea Bocelli enthralled the awestruck crowd, who could not help but applause for minutes on end, before an impressive fireworks display concluded the Ceremony. 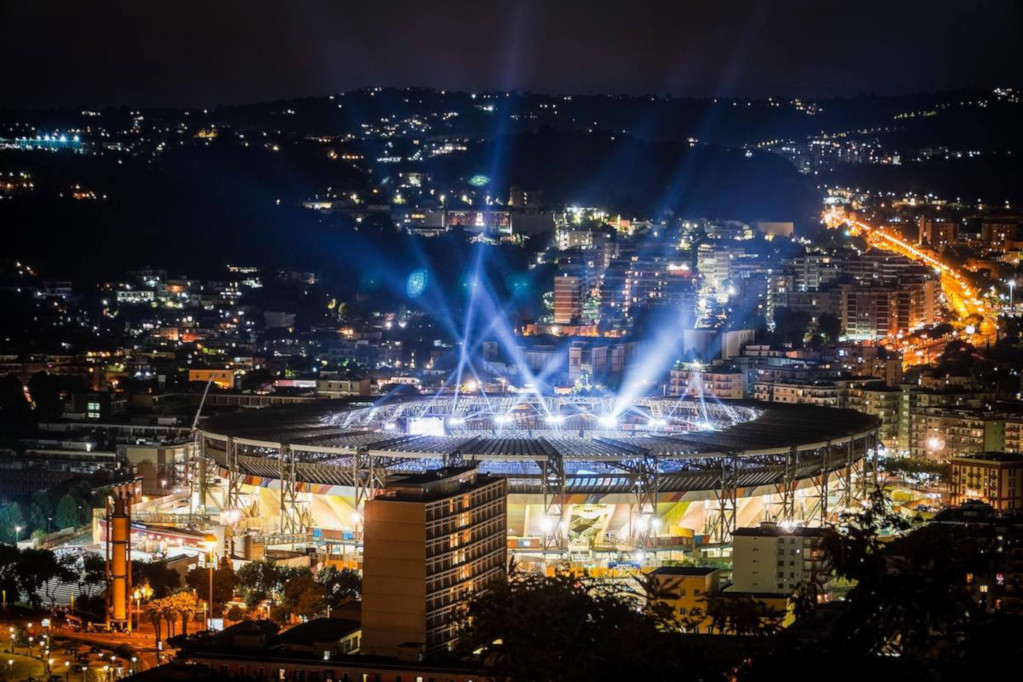 Over 6000 athletes from over 100 countries will be in action in 18 different sports at the Summer Universiade over the coming 10 days, with the competition drawing to a close on July 14.