Social media has been abuzz in recent weeks following the appearance of an unusual character at various sports complexes across Belgrade, which has now been unveiled as Laki, the official mascot for this summer's fifth edition of the European Universities Games.

Laki, a fallow deer, is as a symbol of fighting spirit, speed, strength and skill – the characteristics without which one cannot succeed in sport. Laki depicts the happiness that is necessary in sports and life, the very same happiness organisers wish everyone to experience throughout the great academic community of Europe in this year.

Laki also represents hope at the beginning of this new year in which Belgrade and Serbia aim to organise the best and largest European Universities Games in their history. Organisers are hard at work in preparing for the Games, with Laki forming a symbol of what will no doubt be an unforgettable two weeks of summer 2021, when the city on the Sava and Danube transforms into the center of European sports and academic elite. 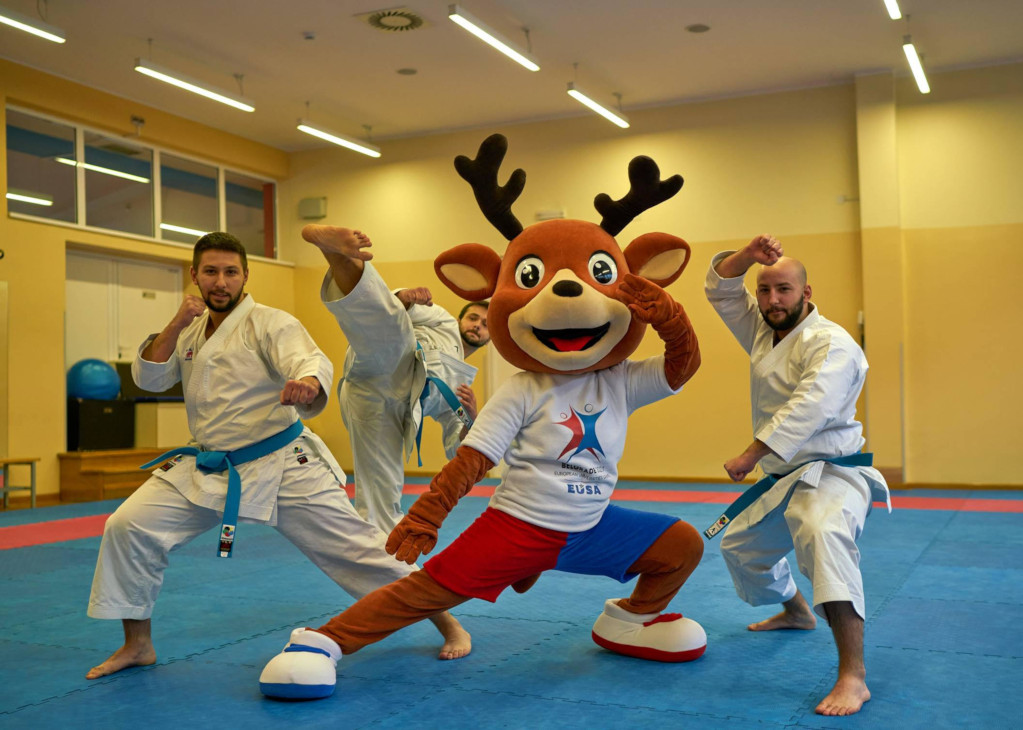 Mr Slobodan Vukovic, the creator of Laki, explains the choice behind the animal, and what it represents.

“As a model for this mascot, I chose a fallow deer,” he said. “The name of the mascot is derived from the word ‘Lane’, and the name itself is a common nickname from the Serbian name ‘Lazar’. It also has an international connotation because it is pronounced the same as the English word for "lucky", which is often a necessity in sports.

“A fallow deer is a tame animal that is on the list of endangered species in the territory of Serbia, where there are about 2000 individuals left. This information has multiple symbolisms, and it is a great opportunity for additional education and spreading awareness about the need to protect this beautiful species. On the other hand, the fallow deer has all the characteristics of a complete athlete in terms of its characteristics. It is fast and agile, has a competitive spirit which, like all deer, shows by competing in horn fights where it shows its strength and skill. In addition to attacking, the horns also have a defensive purpose in cases of protection of their young, to which deer are very attached.”

Laki will continue making appearances across Belgrade in the build up to this year’s Games, taking place from July 14-27, 2021.

Twenty-one different sporting disciplines have been included in the EUG2021 sports programme, with two events for student-athletes with disabilities as well, namely Para Table Tennis and Sitting Volleyball. Besides the sports events, the Games will also include various conferences and workshops that will focus on an array of topics affecting university sport across Europe, as well as a unique social programme enlightening participants about the local Serbian culture.

There are still limited spots available for certain sports competitions ahead of the second general entry deadline on February 15. Interested participants can visit eug2021.eu for more information.

ETTU and EUSA meet online
What’s Up: Gearing up for EUG2021
news