Executive Committee members of the European University Sports Association (EUSA) met online on December 20, for its last meeting of the year, reviewing the activities and planning ahead.

The meeting started with the general overview and reports by the EUSA President Mr Adam Roczek and EUSA Secretary General Mr Matjaz Pecovnik, highlighting activities in the past period, following the last in-person meeting which was held in Warsaw in November. 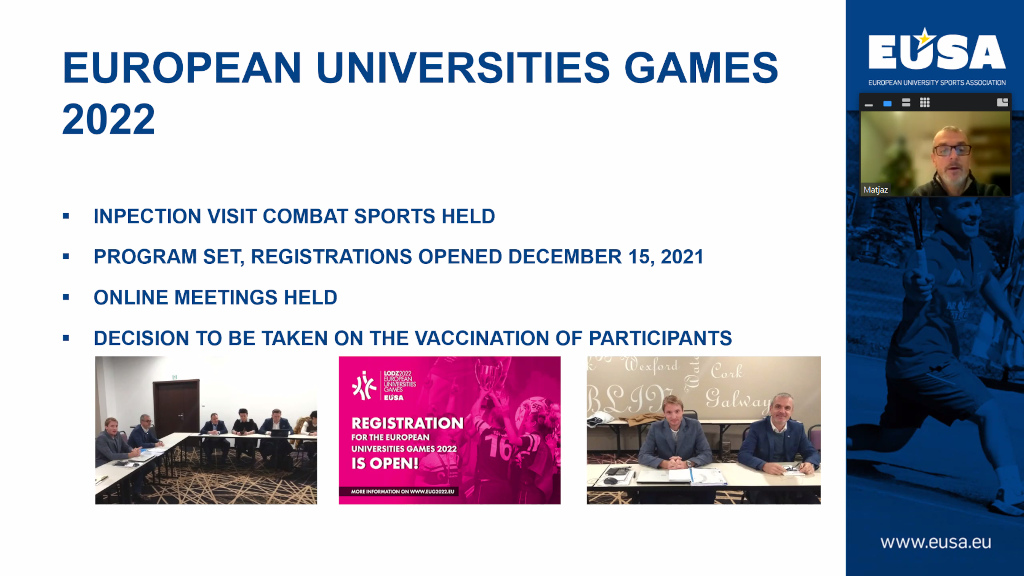 Participants then focused their attention to the European Universities Games Lodz 2022, being updated on the preparations and entries, after the event opened registration on December 15. In order to ensure safety and well-being of all participants as well as the local hosts, it was confirmed that all participants will have to be fully vaccinated.

Participants also heard the presentation of the university sport activities in Ukraine, and reopened discussion on e-sport.