Jorge Braz: “University futsal is an excellent step for every athlete"

This year’s European Universities Games (EUG) in Coimbra were indeed special. It was a big honour to organize the biggest multi-sport event in the country’s long history and to have the EUG opened by the President of the Republic of Portugal Mr Marcelo Rebelo de Souza. Also, we had the chance to welcome the coach of the Portuguese national futsal team, current champions of Europe, Mr Jorge Braz.

During the futsal competition at the EUG Mr Braz visited several matches and he was the perfect futsal expert to tell us what is the current level of futsal at European Universities events.

“I saw some very interesting matches, and I have to say that the level of the competition is high, knowing that only Universities play. This shows us that futsal at the Universities has a very high standard and gives students an opportunity to play good level futsal. Watching the games, I saw a lot of players I know from Spain, Israel, Ukraine and Portugal. It has been a very interesting event!” 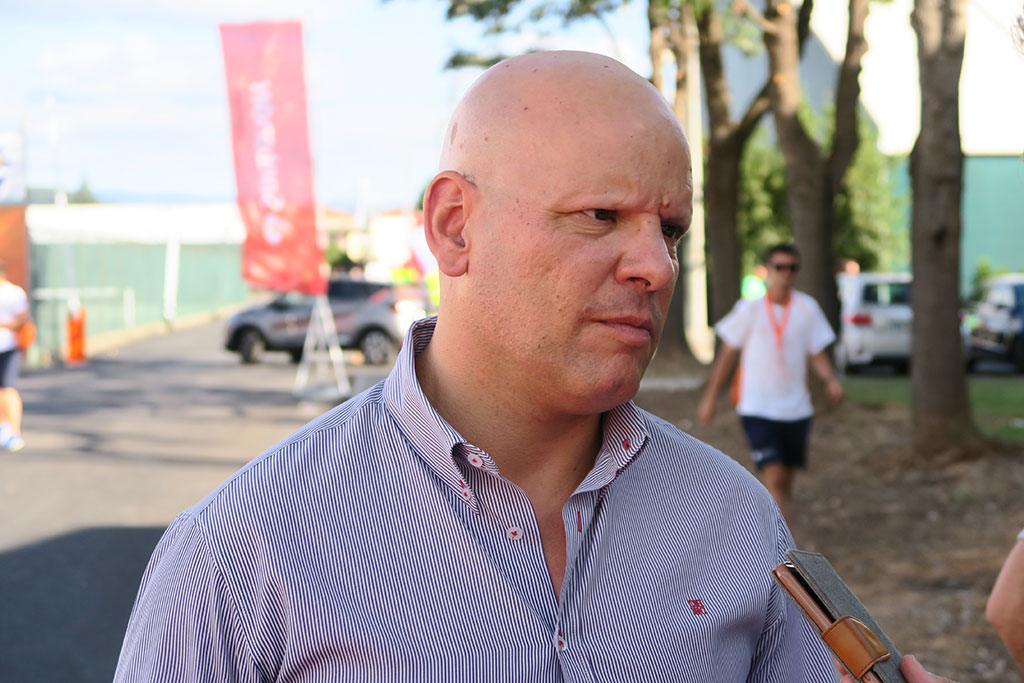 It is not a rare case to see professional players playing at events organized by EUSA or FISU and Mr Braz shares the opinion that young people should evolve both as athletes and as academic citizens.

“University futsal is an excellent step for all of them to strive for the University degree and to play high level futsal. Our team that were champions in Slovenia had seven players with the University degree and some are still studying. Nilson Miguel, Andre Coelho, Tiago, Andre Souza played at the national University championships, they attended EUSA and/or FISU competitions and it is very important qualification for them. University competitions are one more competitive opportunity they have and they just have to enjoy them and participate.”