The webinar brought together all official partners, members and key players, made up of an array of sports associations across Europe, to discuss various topics revolving around the highly successful #BeActive campaign, as well as the adapted #BeActiveAtHome campaign in recent months.

After welcoming words from Mr Matteo Zacchetti from the European Commission’s Sport Unit, a presentation of the current #BeActive team was made before all participants took part in a 15-minute #BeActive stretch session, truly living out the #BeActive message. 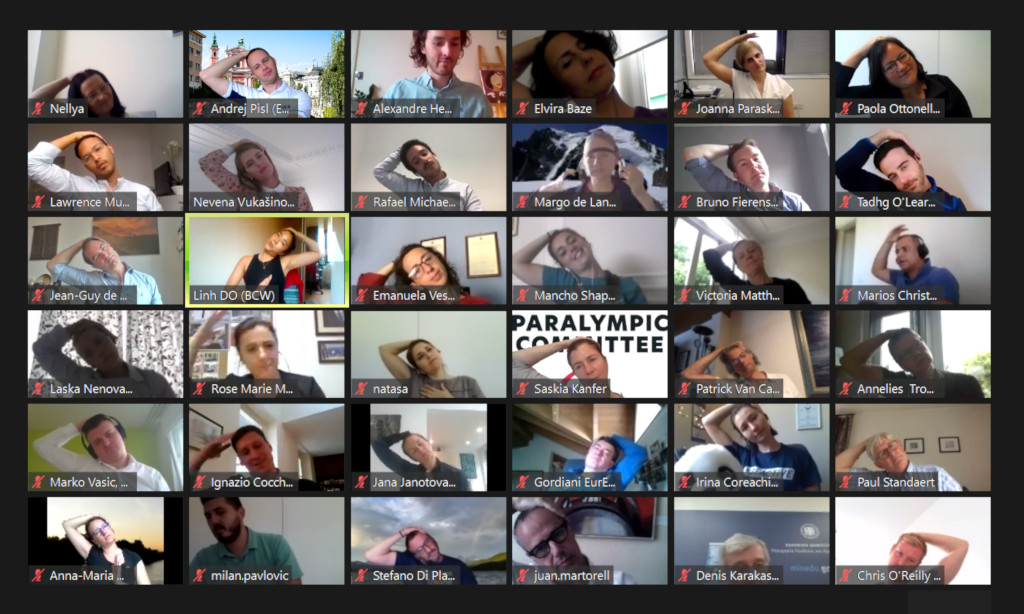 Thereafter, discussions involving physical activity in the times of COVID-19 were had, with participants agreeing that sport has assisted many people during recent times of isolation and lockdown.

With the German city of Frankfurt set to host the official opening of this year’s European Week of Sport, which takes place every year from September 23-30, organisers were then given an opportunity to present their preparations for the 2020 edition, which will be an entirely new concept with mostly digital services to allow as many as possible to take part online amid the uncertainty of future travel and gathering regulations due to the Coronavirus pandemic. Launched six years ago, the European Week of Sport has over the years organised over 136 000 events in 42 countries, with over 56 million participants involved.

An explanation of the new #BeActive communication plan kicked off proceedings on the second day of the meeting, with the #BeActiveAtHome campaign still set to be in place until at least September before being phased out, depending on the state of the COVID-19 pandemic across the continent. New branding and campaigns were then discussed, before a presentation regarding the #BeActive Awards was given.

Parallel workshops were then held, with topics revolving around the adaptation of new tools in the #BeActive campaign as well as improved storytelling, before the conclusion of the two-day meeting.