European University Sports Association (EUSA) hosted an online meeting with the Secretaries General of its member associations on December 6.

Almost half of the EUSA members were represented at the meeting by their Sectetaries General or International Relations representative. The main purpose of the meeting was to give a short general update and provide information about the upcoming registration for the European Universities Games Lodz 2022.

The meeting was opened by EUSA President Mr Adam Roczek, who welcomed all the participants and provided the highlights of the activities and of the organisation before passing the floor to EUSA Secretary General Mr Matjaz Pecovnik. 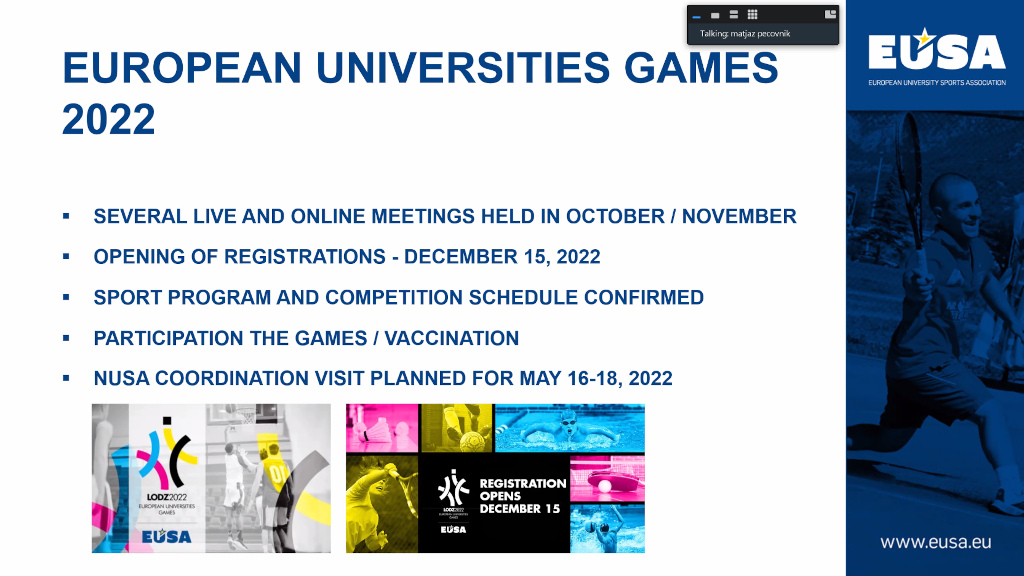 Mr Pecovnik presented the updates from EUSA as the governing university sport body in Europe, reflecting on the main challenges and also celebrating the achievements and announcing the plans for the upcoming period. Due to the activities of EUSA Institute and engagement in several projects funded by the European Union and FISU, the organisation managed to stay strong also in the challenging times. 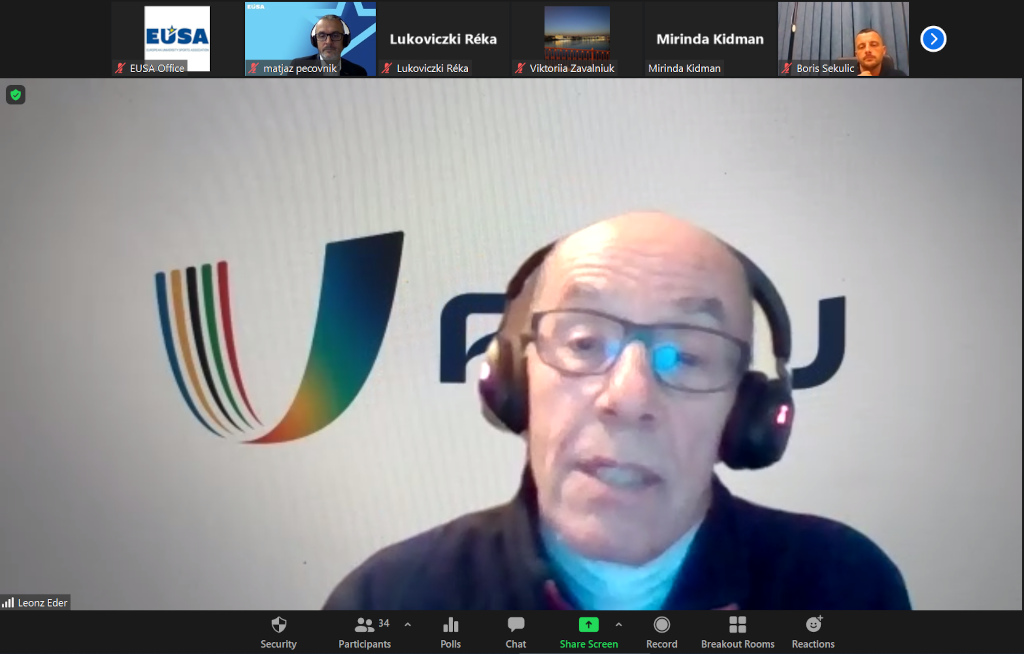 The floor was then given to the acting President of the International University Sports Federation (FISU) Mr Leonz Eder, who addressed the participants and gave an update from FISU side as well. As it has been reported already, the restrictions and uncertain situation prevented the Winter Universiade in Lucerne to take place, resulted in having the event cancelled. Mr Eder thanked EUSA and its members in Europe for the support and solidarity, and expressed his wishes for a better future ahead of us.

EUSA President Mr Roczek thanked Mr Eder for the continuous support, invited representatives of its members to register for the European Universities Games once the registration opens on December 15, and wished everyone a peaceful and healthy festive period, with best wishes for the year to come.