EUSA was present in Warsaw, Poland as one of the invited guests at the 48th General Assembly of the European Olympic Committees.

EUSA is an official partner of the EOC, with EUSA President Mr Adam Roczek and Secretary General Mr Matjaz Pecovnik invited to attend the annual event.

International Olympic Committee (IOC) President Mr Thomas Bach provided the welcome address for the two-day meeting, highlighting the efficiency and dynamism of the 50 European National Olympic Committees while discussing the need for unity, political neutrality and solidarity in order to achieve the Olympic mission of building a better world through sport. 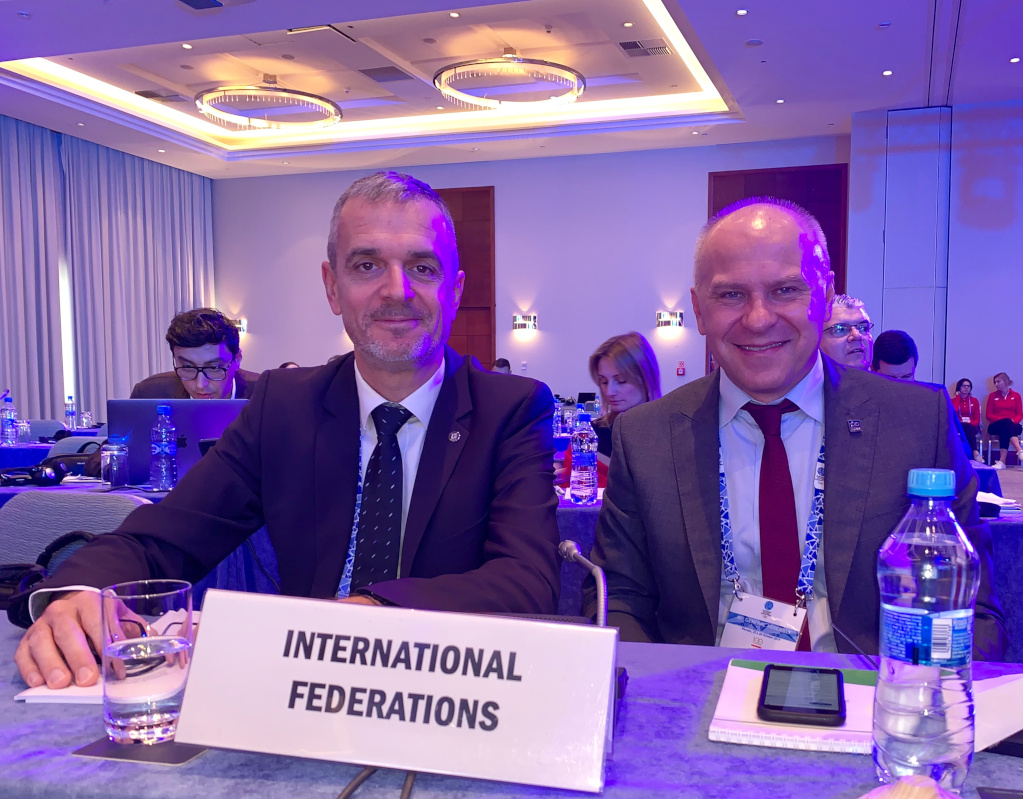 EOC President Mr Janez Kocijancic reiterated the importance of universality, good governance and ethics in all organisations of Olympic Movement in his address, and called for the continent’s premier multi-sports events to be better integrated into the Olympic fold. 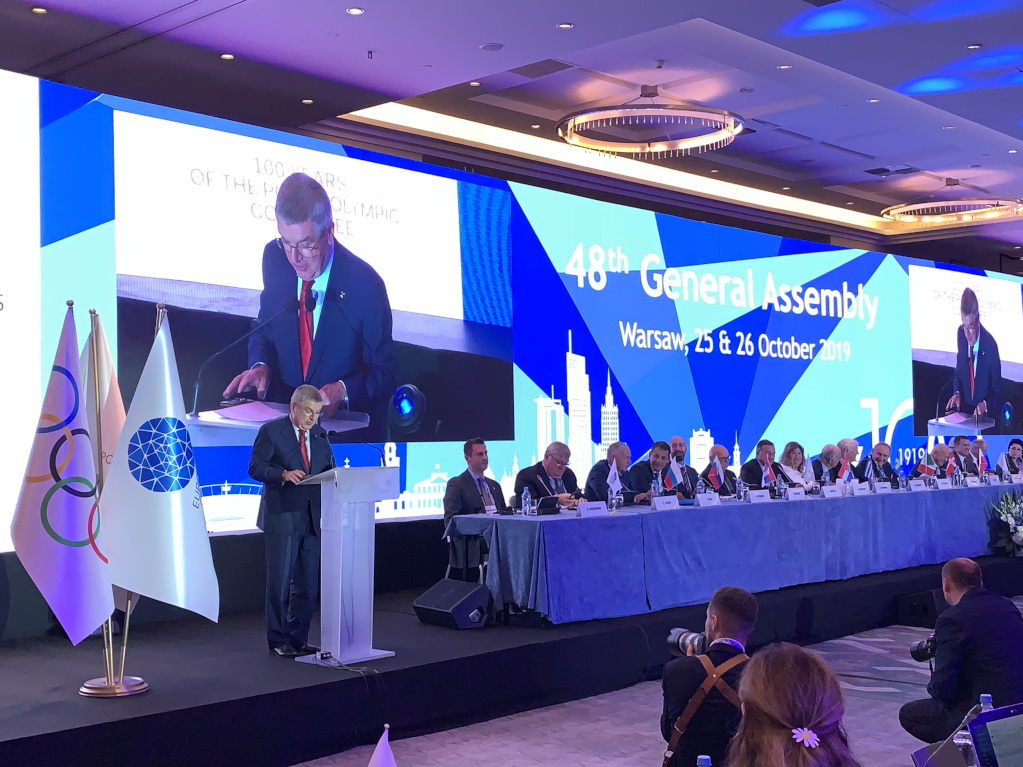 Reports on the activities of the EOC head office as well as the Minsk European Games were then given, before addresses by Polish NOC President and host of the event Mr Andrzej Krasnicki, and Minister of Sport and Tourism of Poland Mr Witold Banka. 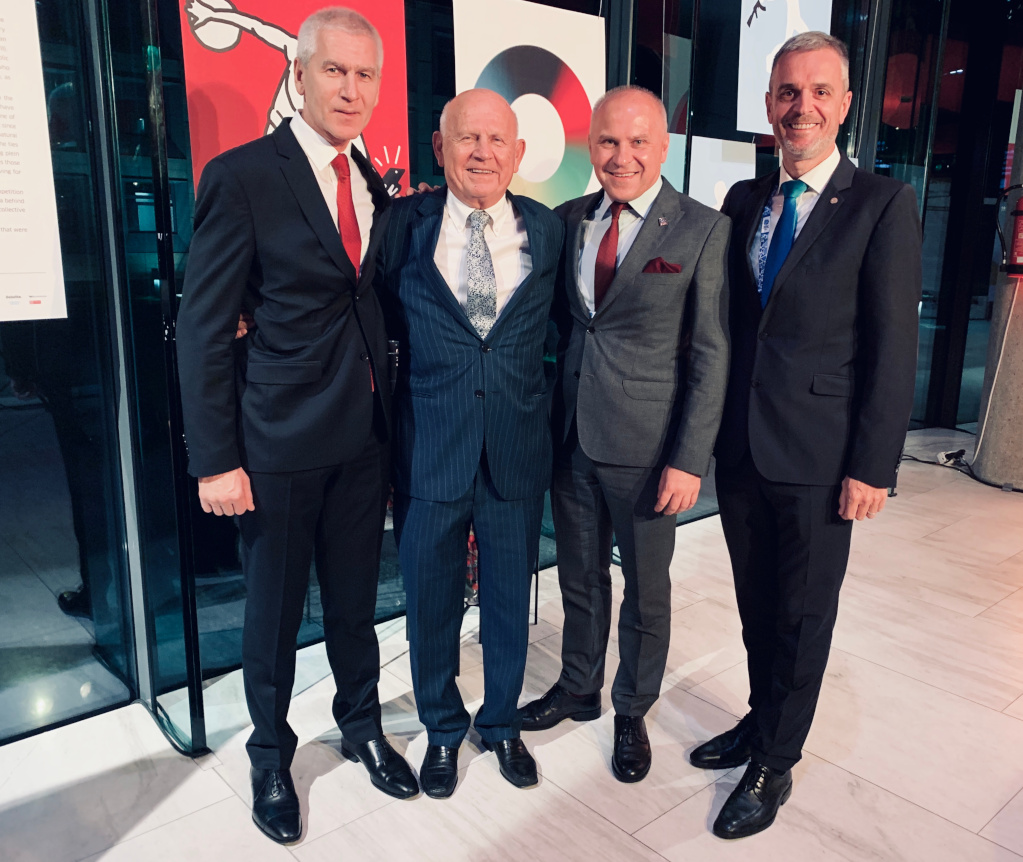 Former EOC Executive Committee Member and President of the Slovak Olympic Committee Mr Frantisek Chmelar (SVK) was awarded the EOC Order of Merit for his lifelong service to sport and the Olympic Movement in Europe ahead of the conclusion of the General Assembly which was followed by the 100th Anniversary Gala for the National Olympic Committee of Poland. 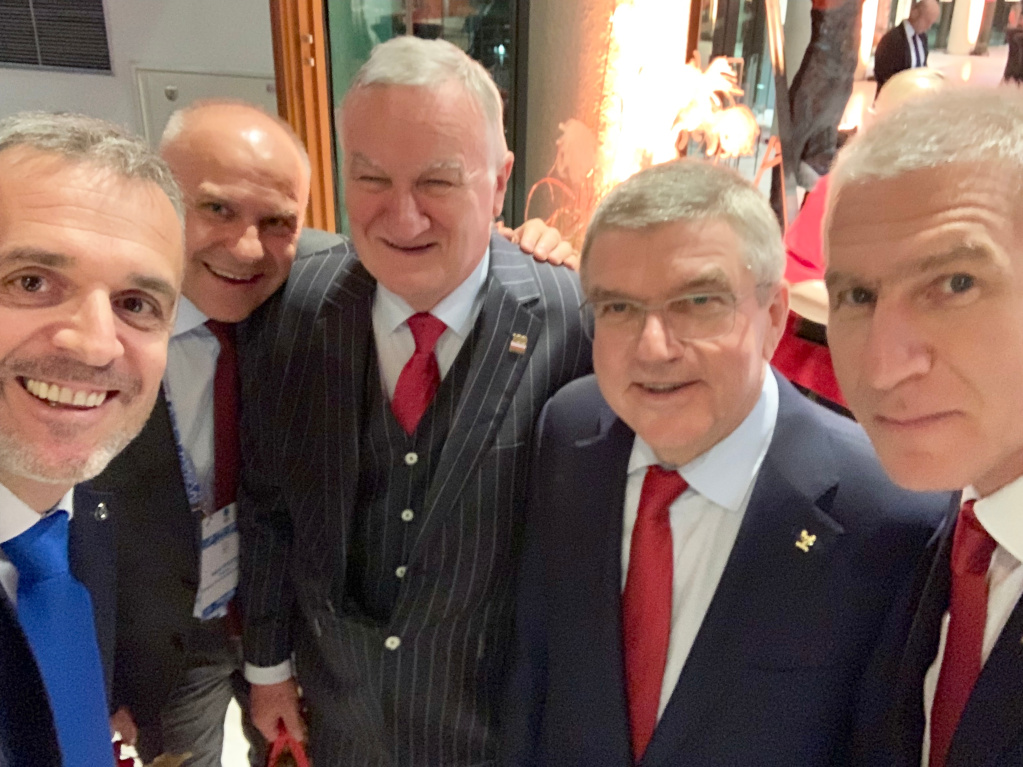 At the occasion, EUSA was able to meet with a number of other partner organisations including the Federation of International University Sport (FISU), the European Handball Federation (EHF), European Fair Play Movement (EFPM), the European Table Tennis Union (ETTU) and the European Non-Governmental Sports Organisation (ENGSO).