Project Voices for Truth and Dignity (VOICE) started in the beginning of 2016 and the official funding by the EU has finished at the end of June 2018. It was the aim of the VOICE-project to generate crucial research data on sexual violence in European sport by listening to the voices of those affected by sexual harassment and abuse. This evidence-base and the voices of former survivors will be used as a platform to produce a powerful knowledge-exchange and educational resources enhancing the European sports community to combat sexual violence and strengthen integrity in sport.

Here is a short overview of the recent project activities: 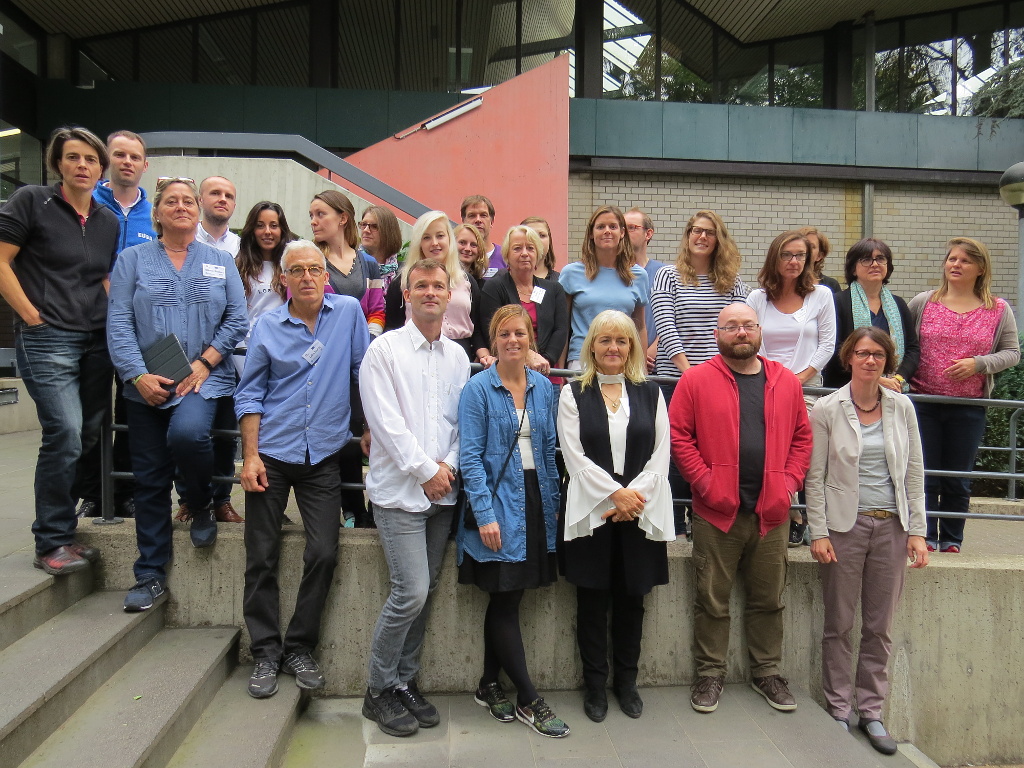 The European Workshop of the VOICE-project was held in Cologne, Germany between September 25 and 29th, 2017, bringing forward voices for truth and dignity from victims and survivors of sexual harassment, violence and abuse.
Through cooperation with the survivors, research institutions, organizations from the field of sport and victim support / child protection services, project partners were working on developing effective preventive tools and providing recommendations for safer sport.
The workshop in Cologne was held after the interviews in partner countries have been carried out and most acknowledgment forums had been realized. Participants, representatives of all partner organizations, listened to the stories of survivors of sexual violence. Through the very emotional and powerful experiences, they worked together in form of several workshops on developing the educational material, which will be distributed to the European Sports community in order to prevent sexual violence in sport on the basis of the knowledge of those who had to experience it.

Final Conference; May 2018 in Bergisch-Gladbach 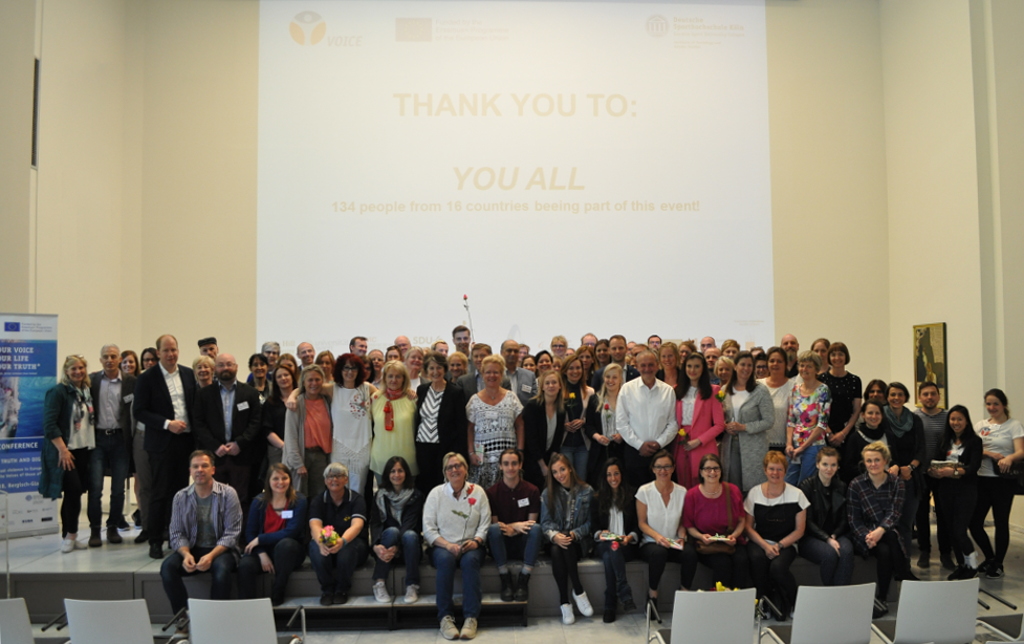 "Your voice - your life - your truth" - with this message of former Irish swimmer Karen Leach the final conference of the project VOICE was titled.
The EU-funded project "Voices for truth and dignity" was run by the German Sport University Cologne and pursues the goal of scientifically investigating sexual violence in sport. The focus is on the reports and experiences of those affected. Almost 140 people from 16 European countries participated in the conference to learn from the reports of those affected how sexualized violence develops in sport, what support the survivors need and how protective measures should be designed.
At the center of the project is an interview study with people affected by sexual violence in sport, which was conducted in seven European countries. In detailed interviews, a total of 72 people have reported their experiences of violence in sport. The present study is the most extensive of its kind so far.
Researchers from seven universities in Europe were involved in the conduct and analysis of the interviews. Central findings were presented at the final conference by Dr Bettina Rulofs (German Sport University Cologne, GER) and Dr Mike Hartill (Edge Hill University, UK). Around 70% of those who took part in the interviews are female, 30% male. The offenders are almost exclusively male and in 90% of the investigated cases they are coaches or responsible persons in sport. The cases come from a variety of sports and contexts, most often from football, accounting for one-fifth of the total. This is due to the high popularity of the sport and the high number of members.
"The conditions for sexual assault are less anchored in individual sports," says Dr. Bettina Rulofs, German Sport University Cologne, "but rather in general characteristics of sport and the culture of some sports clubs and federations."
A central postulation of the project is that sport organizations investigate cases of sexual violence in a differentiated way and proactively involve those affected as well. Gloria Viseras, a member of the steering committee of the project and former Spanish Olympian in gymnastics concluded: "Participating in the VOICE project has helped us to understand how strong our voices are and how much we survivors can help sport to fight sexual violence."
In total, 24 people affected by sexual violence in sport took part in the conference in order to raise their voice for safe sport in Europe and to actively participate in prevention work, including the Austrian Nicola Werdenigg, who had recently reported publicly on her experiences of violence in the ski sport and is committed to fight the abuse of power in sports.
"Sports organizations need to listen to the victims of sexual violence and then actively involve them in work to prevent violence," concluded Susan Greinig, Medical Programmes Senior Manager at the International Olympic Committee, during the final panel discussion with stakeholders from sport at the conference.
EU funding for the VOICE project expired at the end of June 2018. The participating seven countries – Austria, Belgium, Denmark, Germany, Slovenia, Spain and United Kingdom – are now looking for ways to continue the work with survivors and to learn from their experiences. Universities as well as sports and victim protection organizations work together in all participating countries. 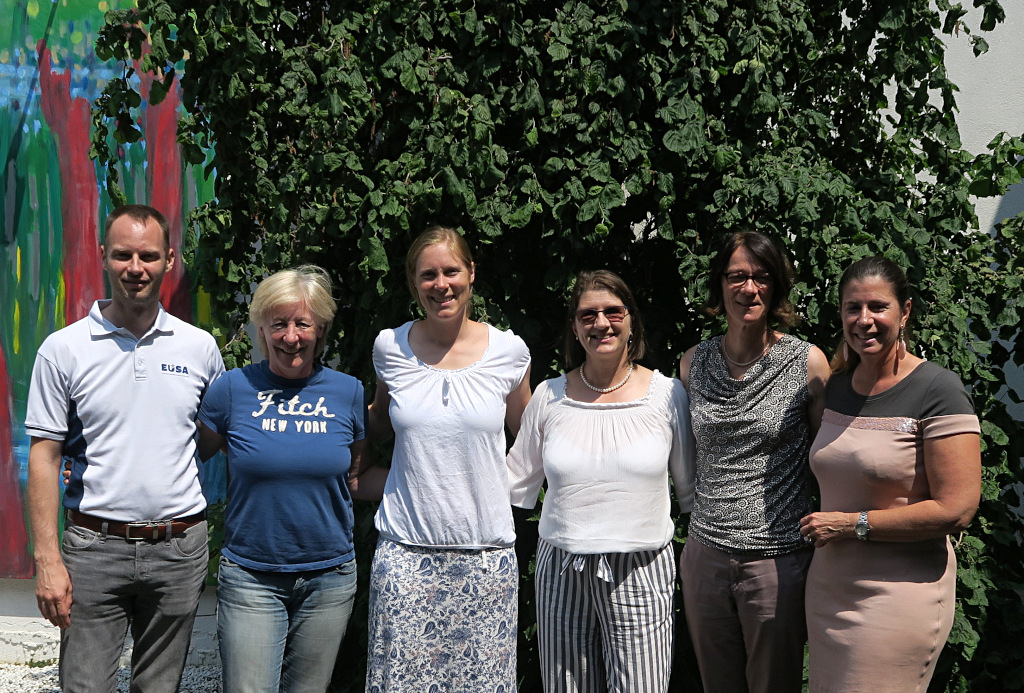 The partners from the European sports organizations in the VOICE project met in Vienna, Austria, on June 5 and 6, 2018. The aim of the meeting was to finalize the project dissemination strategy.
The partners reviewed the education materials produced within the project, and gave additional recommendations before final distribution. They furthermore defined dissemination activities also beyond the project’s timeline which concluded end of June 2018. The European sports partners within the VOICE-project are the Youth section of the European Non-Governmental Sports Organisation (ENGSO Youth), European Gay & Lesbian Sport Federation (EGLSF), European Paralympic Committee (EPC) and the European University Sports Association (EUSA).