ADH discusses the future of university sports in Essen

The German University Sports Federation (ADH) held its annual two-day conference on the perspectives in mid May in Essen. 120 participants representing various member universities followed the call to discuss the future of university sports.

Before several orators were up to give some fresh impetus to the conference motto, Ms Barbara Buchenau, Vice-Rector of the hosting University of Duisburg-Essen, emphasised today’s importance of university sports in her opening speech. “University sports makes participation possible and plays an important role in the integration of students into the university life. This has a positive effect on the curricula and the acquisition of degrees”. 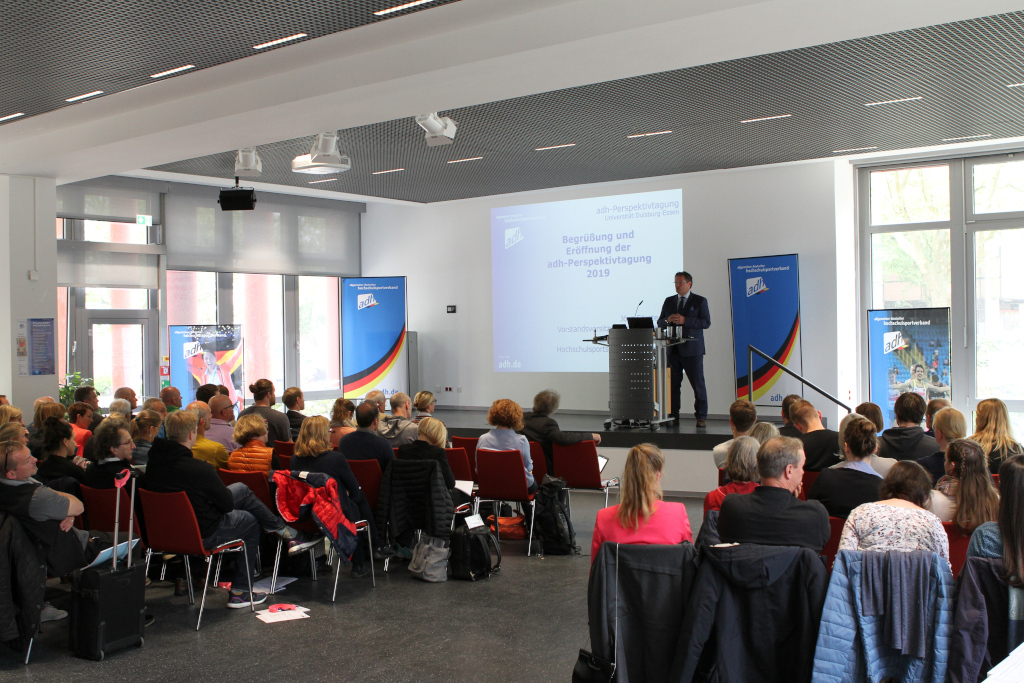 Mr Jörg Förster, Chairman of the Board of Directors of ADH, took up this theme and moved on to the main topic of the conference: What could university sports look like in 30 years? What impact will digitisation, networking and globalisation have on universities and university sports? How will this change the target groups and their needs? Förster said: “Over the next two days, we want to look ahead together, enable new thinking and generate impetus for our daily work.” 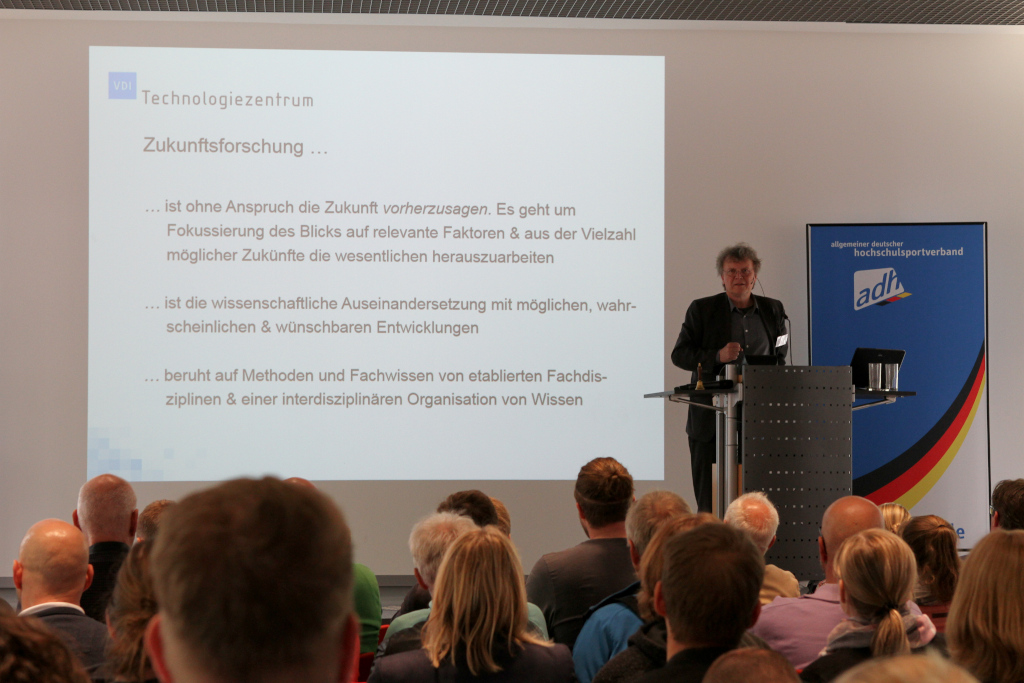 Following up to the official opening, first up on stage was Mr Axel Zweck from the VDI Technology Centre explaining how futurologists proceed and how they develop concepts. He particularly focused on gamification as a social megatrend underlining possible challenges in various aspects of life up to the year 2030. One key note emphasized the increasing will to self-measurement and the consequent forms of self-optimisation which will have a massive impact on future sports behaviour and the health system over all. 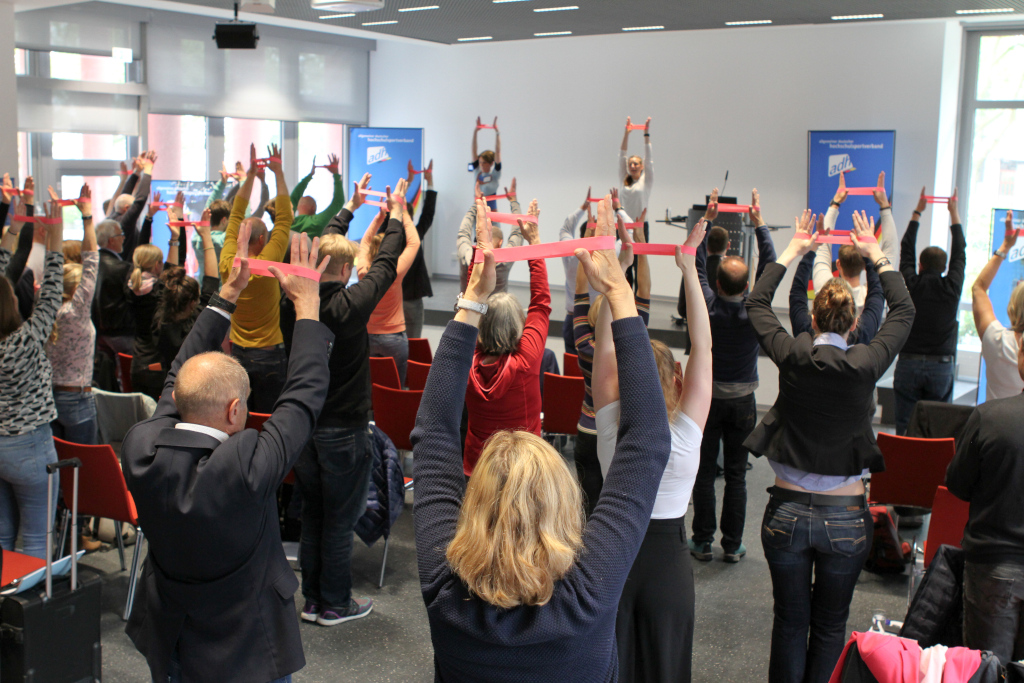 Mr Frank Ziegele from the Center for Higher Education Development then investigated the question on how universities could look like in 2030. He assumed that both, student numbers and student diversity would most likely increase. Ziegele explained: “In 2030, academic education will rely on personal learning biographies. Therefore, a diverse higher education system is needed for a broad clientele.” Today, as in 2030, university sports - in its various forms - can be an important contribution to the mission and profile of universities. In order to keep up with those sorts of development, Ziegele recommended that universities should be ready to prepare and adjust to future scenarios. 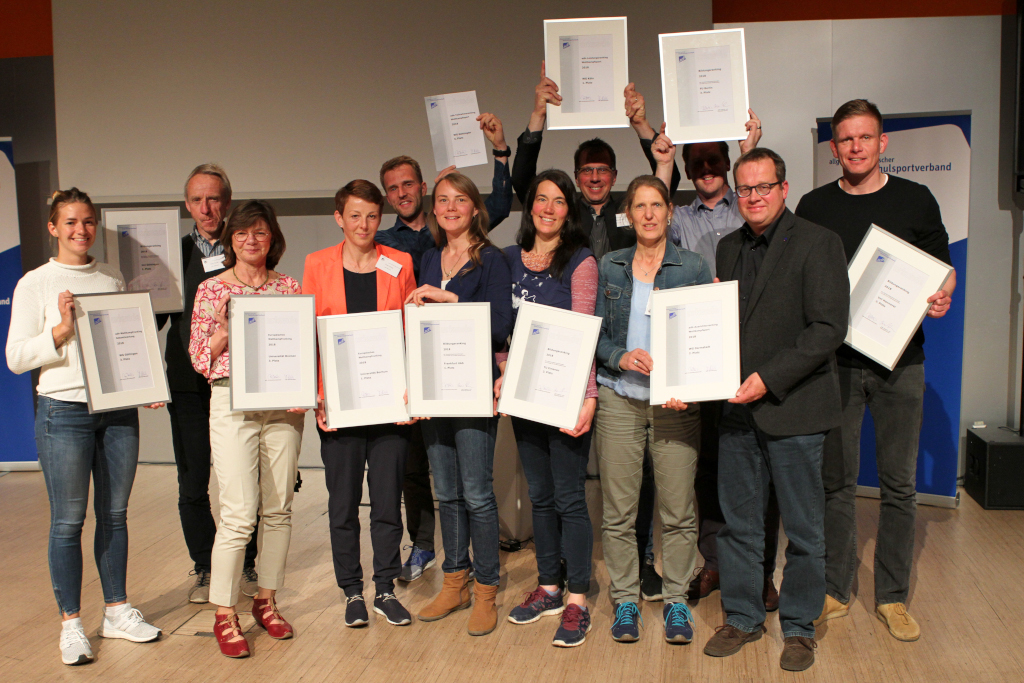 After participants had gained plenty of input they headed into the more creative second phase where the “Designed Thinking” method was presented. On this second day of the conference, everyone worked on specific ideas and visions for university sports in 2030. Divided into various working groups, everyone was asked to focus on the fact that future university sports should consider needs for diversity, temporal and local flexibility, free access, places to move and relax close to the university as well as innovative indoor and outdoor rooms with a stimulating and experiential character. Afterwards, each group presented its concept ideas such as "Hybridfit Meets Virtual", "Adventure Playground for Adults", "Moving Teaching - Moving Working" or "Sport and Travel" to their colleagues and discussed them together. 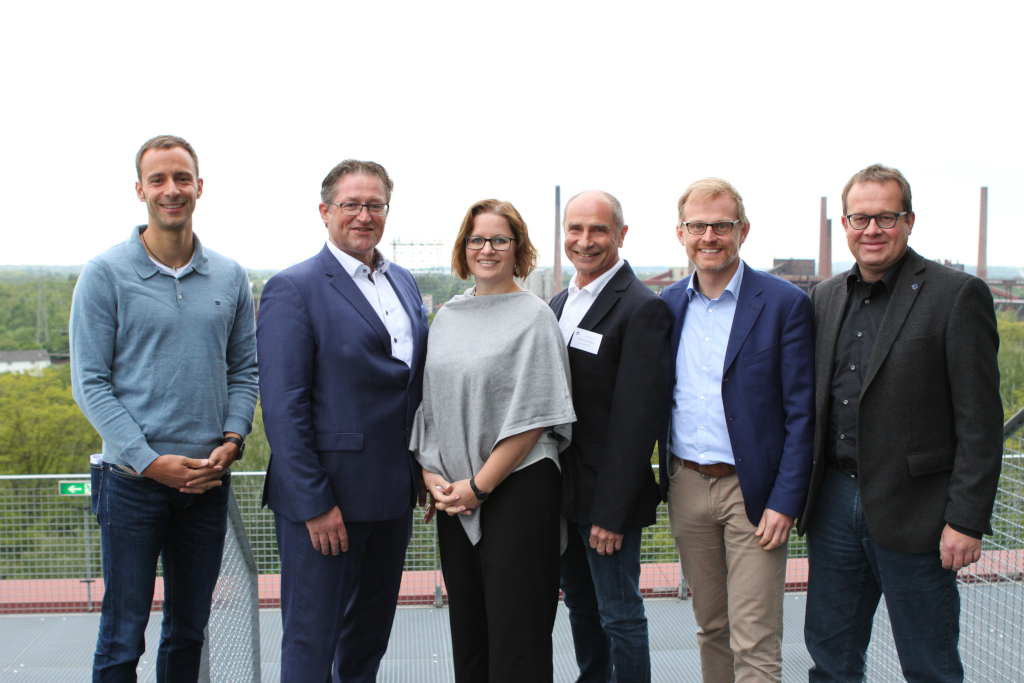 However, all ideas had one line in common: future university sports programmes will require great diversity between real life and virtual reality, between the individual and the community.