During September, the European Commission launched The European Week of Sport, a fantastic initiative to get more people active across Europe. The European University Sports Association (EUSA) was one of the official partners of the initiative and the #BeActive campaign, that reaches beyond September, fully supporting the values, objectives and events.

The European Week of Sport was officially held between September 7 and 13 on European level and the participating countries carried out activities and events at national level until the end of the month, promoting sport and physical activity across Europe. The Week was for everyone, regardless of age, background or fitness level and there was a focus on grassroots initiatives, inspiring Europeans to #BeActive on a regular basis and create opportunities in peoples’ everyday lives to exercise more. As a partner in the European Week of Sport, EUSA took the challenge to increase awareness on importance sports and recreation among the students in Europe, both directly and through its members and partners. In terms of promotion, EUSA used not only the standard publications and media channels, but also the 19 European Universities Championships which it licenses and 10 events under EUSA patronage to inform about the European Week of Sport, #BeActive campaign, #MyWeek #BeActive Challenge and the importance of physical activity and participation in sports and recreation in general. Both types of events were held in different parts of Europe throughout the year and directly involved over 6000 active participants, not counting the supporters, spectators, organisers and volunteers. During the central dates of the European Week of Sport, our attention has been focused around the European Universities Rowing Championship, which was held in Hannover, Germany between September 9 and 12. The event attracted 540 participants representing 82 universities from 18 countries in Europe. As the competitions were held in the city center of Hannover, this factor was used and we were able to also activate the spectators, citizens and visitors, not only the competitors. A special race was organised for officials, in order to promote rowing, our Championship and the European Week of Sport. Other activities were offered as well, open to everyone, including more traditional like running and cycling, as well as less known like canoe polo - a kayak-basketball and fuwate - a mixture of football, volleyball and squash. We also encouraged our member federations and universities that take part in our events to organise their own activities, with special emphasis the Focus day for sport and education. EUSA Student Commission members reports of some highlights from the week in their respective countries. Bruno Barracosa, Chair of the STC, reports from Portugal that the Portuguese Institute for Youth and Sport promoted many national sports activities around the country. Bruno’s highlight was the announcement of the “face of the European Week of Sport”. Portugal was privileged to reveal Judo athlete, Nuno Delgado, who is very well known in Portugal and is an Olympic Athlete.

Nikola Vincetic, working in conjunction with the Organising committee of the European Universities Games 2016 to promote the week with a central ceremony being held 12th September at Bundek Lake. Nikola and EUG 2016 took their own role in promoting European sport with the EUG 2016 mascot, Hrki, gathering bystanders to take part in various activities and helping to inform the public about the biggest upcoming multi-sports event in modern Croatian history.

According to Conor Traynor, his favourite part of the week in Ireland was a lot more local and less traditional. His university, Trinity College Dublin ran a campus wide game of Hungry Hippos! Helping students to get more active by playing a favourite childhood game.

The best thing about the European Week of Sport for Bella Colafrancesco was spreading the word on the impact sport can have not just on healthy living, but on society, employment and the economy. Sport reflects the values that are so important to so many different people and this week really highlighted the fantastic impact it has on life! 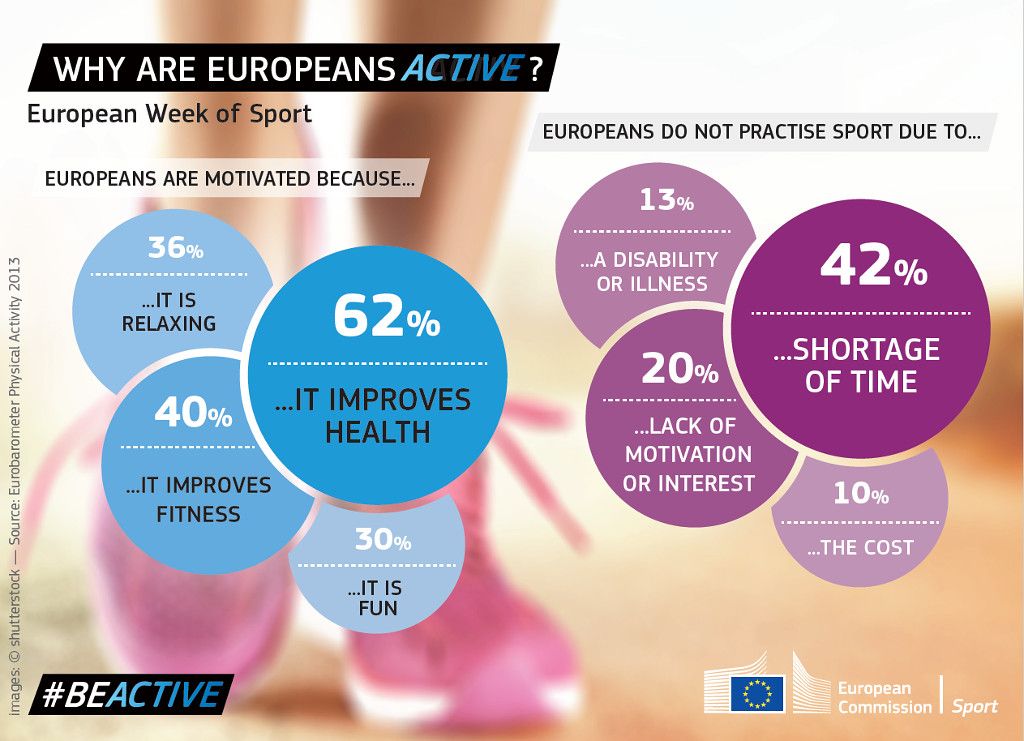 We are all already looking forward to next year; see http://ec.europa.eu/sport/week/ for more information.

Are you a student with an opinion? We are looking for new contributors for our student column every month. Feel free to contact ... to offer a piece or propose a topic.