University and College sports offer students a chance to participate in a number of different physical activities which they have never been able to play before. In different countries around the world there is a difference of what is the more popular sport in every country. Even in the same country the more popular sport can differ by region. Which is why it is very interesting to think that there could be various individuals, who given the right chance, could be sporting heroes! For instance what if in school Cristiano Ronaldo opted to play Volleyball instead of football or if Roger Federer didn’t have the opportunity to practice tennis when he was younger? Would we still know them as incredibly talented individuals they are today? Is it too late to start something new?
A similar situation happened to Alastair Adamson. Alastair was an avid rugby player who had previously played the sport for all of his teen years. Unfortunately due to an injury he had to give up rugby prior to going to University. However since coming to University he has taken up a new sport, American Football.
Here is Alastair’s experience of his time at University and how it has helped him in his own personal development. 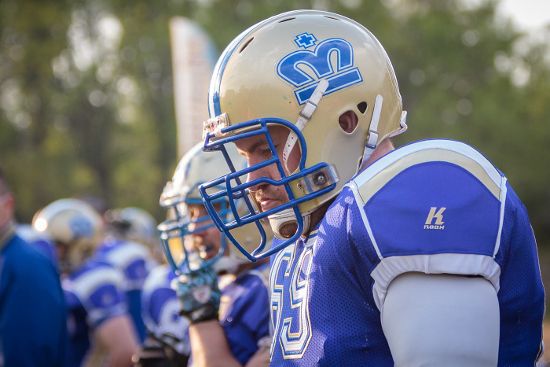 “When I joined university I had been out of sport for four years after suffering a severe rugby injury. I was enjoying the University lifestyle and meeting new people but me being a keen sports fan, I felt like there was something missing. I had noticed that since my injury I was starting to get very unfit and I started to settle into a lifestyle that was not familiar to me. So after some consideration I decided to join a club and American football was the fit for me. When I joined I found the Individuals to be very welcoming and they encouraged me to come and participate in practice as well as joining them in social activities. I felt like I had discovered a whole new side of University life. The cohesion of the group made me want to attend training and I was even excited attending fitness training or sessions in the gym - which previously I had hated!

University sport helped me so much in my personal life as well as academic life. I felt like I was part of a bigger extended family and the social aspect helped me and gave me more confidence. When I started to apply for job interviews and do course presentations I found myself going into more detail and extending my answers and responses rather than trying to rush my answers. University sport also helped me experience American Football and develop to a level that is shaping the way I now approach life goals. It has left me more determined, confident and passionate. Since playing with the University I extended my passion for the sport and decided to also join a local team which played at the weekends. My love for the sport through my initial meeting in University keeps on getting stronger.
For me one of the highlights came more recently when I was scouted to play for the Bratislava Monarchs where I have been given a summer contract. I am very much enjoying the lifestyle in Slovakia and am enjoying every second I have. If it wasn’t for University sport giving me the opportunity to participate in a sport I would never have been given such a fantastic chance to participate the sport I have grown to love in a different country. If I hadn’t gone to University I would have never have played American Football, which is now mow my passion! I would encourage all students to participate and try something new as you never know what you might enjoy”. 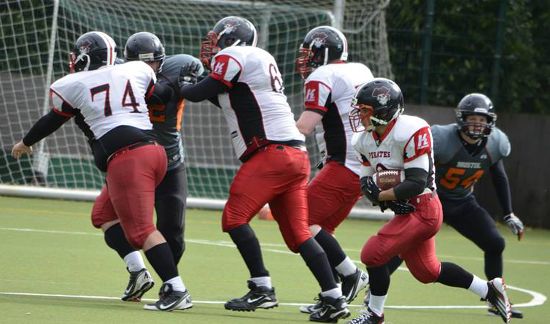 The author Alastair Adamson is a final year student at the University of West of Scotland.
Please see What's up! - Monthly Student Column for more articles coming from students from all over Europe!
NUSA coordination meeting in Rotterdam
What’s Up: BeUnited@home Youth Camp
news