What's Up: Sport - A pathway to employment

Many individuals view sport as a past time and something which is participated in for recreational needs and pleasure. However, the sport industry is continually on the rise and always recruiting key individuals who have been involved in sport during their time in Higher Education. More and more individuals have found that they are seeking careers in the sports sector and Universities and Colleges are offering various different sport related courses to quench their thirst so that they can enter the professional world of Sport. The Olympic and Commonwealth Games as well as many National Governing bodies are expanding with events becoming bigger and better every year, thus creating more job opportunities for young hopeful students.

The current financial market can become a scary place for students leaving the secure surroundings of education, for many of them it has or was their only way of life for 15 years, but the growing market of sport offers students a new hope and for some it’s their real passion and can be their dream job.

Joe Gill, has become one of the students leading the way in employment within Sport. Joe was part of many title and Championship winning teams during his time at University. During his time studying Joe become part of the Universities Tennis team were he became involved in the clubs student committee.  In Joe’s later years he became President of the club whilst juggling the demands of playing at a top level. Joe has played in domestic and European Championships including EUSA’s first student Games last year in Cordoba where he picked up a bronze medal. Through his development in sport at the University Joe has successful been appointed a new role with the National Governing Body in Tennis. Naturally, Joe is delighted with the position and had this to say:

“The University allowed me to prolong my tennis career on the national and international competitive circuit. Without university I would not have been able to support playing tennis financially. The position is geared at finding ‘former professionals’ the opportunity to stay involved in the sport. The job is based at the national tennis centre, which is also on the university campus. Without tennis during my time studying I wouldn't have had the opportunity to showcase my talents as a player or a coach in order to attain the job.”

Jamie Fleming, is another individual who is living the dream. Jamie has recently been offered a job in Lacrosse, a sport he competed and participated at during his time at University. Jamie became a very talented player quickly and soon broke into the national team. Jamie’s degree was philosophy and religious studies and played sport for recreation but now Jamie finds himself being landed a once in a life time opportunity working on the  development of a sport which he is extremely passionate about. On Jamie’s appointment he commented:

“Playing at University has helped me immensely. To get a job at as a development officer usually requires having experience or working in a company for a number of years before hand, yet this is my first job right out of education. Playing at University has helped me gain an understanding in the running of a sport from an inside perspective. It had also allowed me develop my skills both in leadership and communication skills required for thriving within employment.” 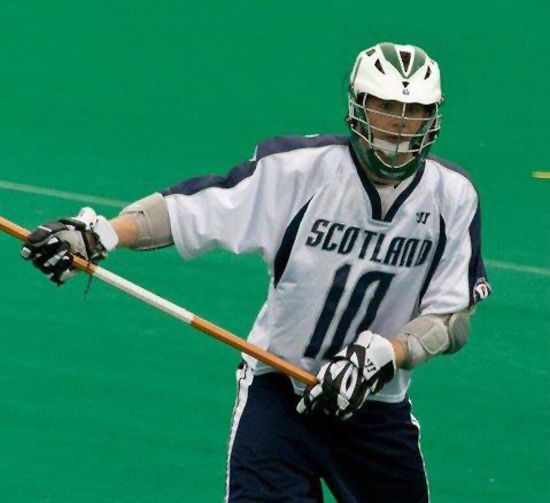 Joe and Jamie are key examples of students who have secured their dream job working in a sport they are both extremely passionate about. So get involved in University sport and make the most of your time! Sport can be for any purpose but remember it could also be a way to booster your skills and find yourself your dream job!

Please see What's up! - Monthly Student Column for more articles coming from students from all over Europe!