What's Up: Getting to know the new members of the Student Commission

Once again Sports lovers all over the world were grieving as the Winter Olympic Games in Sochi came to an end. Both summer and Winter Olympic Games offer sport fanatics hours of sports coverage and a life time of day dreaming about those Gold Medal moments! The Olympics is a great example of where people can congregate together and focus on sport! The Games in Sochi have been the catalyst for many individuals including students, to get involved in sport both domestically and internationally. The European Student Commission (STC) offers various opportunities to Students throughout the year to become involved in European sport. The Students Commission itself is a great way for students to get involved, so let’s meet the new members of the Student Commission. 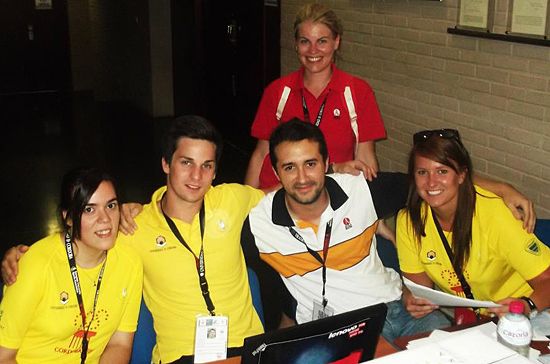 Magdalena Wolowiec is one of the newest members to the STC. She is twenty four and from Poland. Magdalena is originally from Kielce, but has since moved to study medicine at the University of Lublin. Magdalena is in her last year of study and loves both participating and watching sport. Magdalena comes from a very sports based family, her father was a professional handball player and mother was a physical education teacher. Having played basketball since secondary school she has a real passion for sport and is currently a Board member of the Academic Sport Association (AZS) and in 2011/12 was Vice President of the organisation.
Two passions of Magdalena are travelling and meeting new people involved in Sport, so naturally combining the two she has volunteered at many domestic and international sports event. Magdalena’s adventure started during EUSA Games in Cordoba and continued to volunteer for the World Swimming Championships in Barcelona, the European Swimming Championships in Herning, the European Universities Handball Championships in Katowice and the European Universities Rowing Championships in Poznan. Magdalena loved her experiences and when asked about her experience she said; “During these competitions I gathered priceless experience, developed my personal skills, experienced new cultures and great people. What is more I had opportunity to see events from a different side which is not available for “normal” spectators.”
Magdalena will be part of the Volunteer committee within the STC whilst also working on social responsibility. Magdalena is hoping to combine her medical background with her passion in sport and hopes to carry it on further in her professional career. 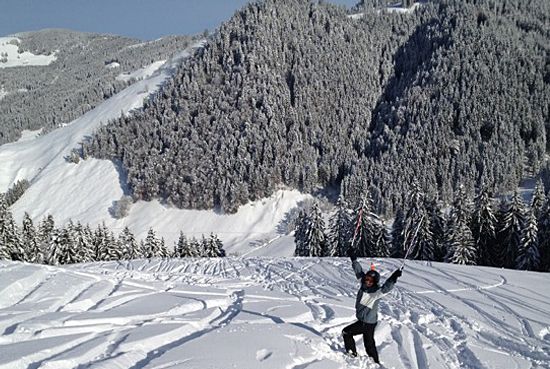 Another new member to the STC is Marion Hochli from Switzerland. Marion was born in Lucerne and has a real passion for sport though her real interest lies in Curling, yoga and running! Marion has played curling for ten years, with three of those years, being for the national team. Marion has also spent a year abroad coaching Curling in Canada. Due to her studies, she had to replace her dear winter sport - the beginning of a lifelong love story with yoga and jogging.
Besides sport, Marion enjoys to spend her free time being active outside in the nature and to travel. Her curiosity leads her to explore many new places and is part of the reason why she has lived in Switzerland, Canada, Italy, France and Sweden so far. Next to her interest in different cultures, she is also a real foodie. Moreover, family and friends play an essential role in her life - you hardly ever meet this social butterfly alone.
Marion is currently pursuing a double degree in International Management (CEMS MIM) at the University of St. Gallen, Switzerland, and at the Stockholm School of Economics, Sweden, combined with a master in Marketing, Services and Communication Management (MSC).
She has been part of her National University Sports Association (shsv.ch) as a board member for almost four years, where she holds the position as a Deputy Head of Marketing, Communication and Media, as well as being a Student Representative. Paired with her new occupation at EUSA StC, she will continue to passionately strive towards the aim of "excellence in body & mind". Marion will be working as part of the Networking Committee this year as well as the Social responsibility project with Magdelana. 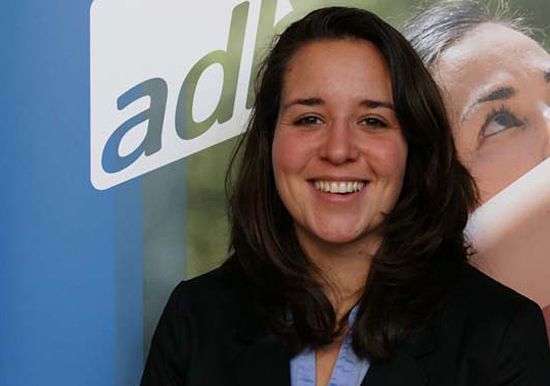 Eileen Schindler is another new member to join the STC. Eileen is twenty six years old and is currently living in Hanover, Germany. Eileen has a real passion for Sport and during a year abroad completed the Chicago City Triathlon. Sport made such an impact on Eileen that she felt a career in sport could be something which would excite her. She changed her major and is now studying geography with Physical education instead of geography combined with Politics. Sport in Hanover plays a massive part of the student’s lives having around 106 different sports to choose from and this is something which really appealed to Eileen. When the Student Commission (AStA) of her University needed a new representative to represent the student rights of University sport, Eileen was one of the first to get straight involved!
From 2008 until 2012 Eileen was managing student rights at her local University. Eileen went abroad for an ERASMUS semester to Spain in 2010/2011 and in 2012 she finished her bachelor’s degree and started volunteering the Students Commission of the German NUSA, which is the “ADH”. Since Eileen begun studying, she noticed she was interested in both education and university sports. Eileen was faced with a dilemma of what to pick for her Master’s degree as she could only pick education or physical education not both so she did an internship for 4 months at the office of the ADH, located close to Frankfurt am Main. This internship included preparation, organization and assistance of the German Support Team and coordination of the 200 German athletes at the 1st. EUSA GAMES in Córdoba. According to Eileen it was the was the “best decision I could have made”.
In 2013 Eileen’s volunteering for the ADH Student Commission ended, so she had to make the decision again with her studies and included whether or not to choose any involvement in university sport (in Hanover and at the ADH) or to give it a new try and make something different. As a compromise Eileen applied for the EUSA Student Commission and was successful, this allows Eileen to carry on with education as well as being involved in student sport as a member of the STC within the European Universities Sports Association. Eileen will work on Internal networking within the STC. The last new member to join the STC this year is Nikola Vincetic from Croatia. Nikola is twenty seven and currently lives in Zagreb. Nikola was born in Cakovec before leaving to go to study Humanities and Social Sciences in Rijeka. Nikola is currently working as part of the Organising Committee for the 2016 European University Games which is to be held in Zagreb and Rijeka. Nikola first got involved in his second year when he volunteered for a sports club during a University event- getting his first taste of University sport gave him the desire to want more and soon after volunteered to be President of a sport club within his faculty and become General Secretary. Nikola first became involved with EUSA when his University hosted the EUSA Volleyball championships and then shortly after the handball and bridge championships. Nikola also attended the first EUSA games in Cordoba as head of delegation for his University. Eager to become more involved with European student sport Nikola applied to the STC and was successful! When asked about the STC this year Nikola stated; “I really hope I will be able to combine my experience and knowledge gained from EUSA events with other members of STC, we all come from different countries and different cultures, have different skills I am sure that EUSA will have great benefits from this team.” Nikola will be working on networking within the STC this year.
The four new members will join the already existing members of the STC Keren Lavi from Israel, Christopher Purdie from Great Britain, Nick Braet from Belgium, Jaka Bassanese from Slovenia and the Chair Bruno Barracosa from Portugal.
If you would like to write an article, Volunteer at this year’s European Championships in Rotterdam or find out more ways to get involved in European University sport please email stc@eusa.eu.
Please see What's up! - Monthly Student Column for more articles coming from students from all over Europe!
High interest for the EUSA Games
4ALL project's final conference
news