The 2010/2011 university year has been unprecedently successful for European University Sports in every aspect. First has been the wide participation of EUSA member countries to the 2011 Winter and Summer Universiades, respectively held in Erzurum and Schenzen. Not only EUSA was the most represented continental organisation but its members where very successful as 31 countries won at least one medal.

Then is the staging of a record number of 16 European Universities Championship, ranging from the well established Volleyball and Basketball Championships (11th edition) to the latest sport added to the sport program, Judo.

The EUC season is not over yet as Bridge and Taekwondo championships are still to take place but we are already proud to announce that the record of participation is broken. We are looking forward to being able to communicate you the exact numbers.

However, the most exciting things don’t lie in the past but in the future, both near and far. Nearest to us, is the staging of the 1st ever European Universities Games that will be held in the Spanish city of Cordoba between July 9th and 24th 2012. The hard working organising committee is expecting about 4000 students to compete in 10 different sports.

Thus, it is expected to be one of the largest sports events to be held in Europe in 2012 along with the London Olympic Games and the 1st Winter Youth Olympic Games in Innsbruck. To get an overview of what’s going to happen, check out the official website: http://www.eusagames2012.com or the official Facebook page.

The further future of European University sport also looks bright as EUSA has already received two bids for the organisation of the 2nd European Universities Games. The cities of Wroclaw (Poland) and Rotterdam (The Netherlands) will have to work hard until November 26th, date of the final presentation, to convince EUSA’s Executive Committee that their bid is the strongest. Both cities will have a first test to pass in October as EUSA will conduct an evaluation visit. 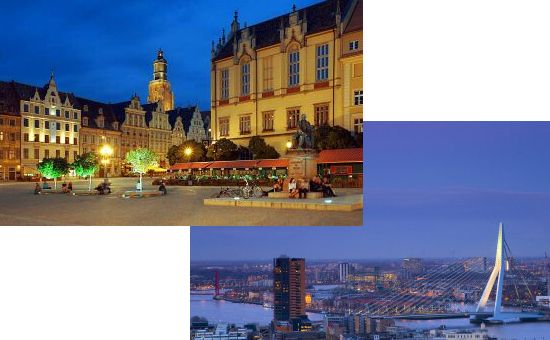