Executive Committee of the International University Sports Federation (FISU), elected at the General Assembly in Shenzhen this August, had its first official meeting in Brussels on November 28 and 29, 2011.

During the first session of the meeting FISU President Mr Claude-Louis Gallien, Treasurer Mr Bayasgalan Danzandorj and Secretary-General/CEO Mr Eric Saintrond presented their reports. Mrs Verena Burk presented the report on the FISU Round Table ‘Gender Equality’ which was held during the Shenzhen Universiade and Mr Lawrence Rink gave a follow-up on the doping control activities. The rest of the morning session was devoted to the nominations of the committee members for the period 2011-2015. 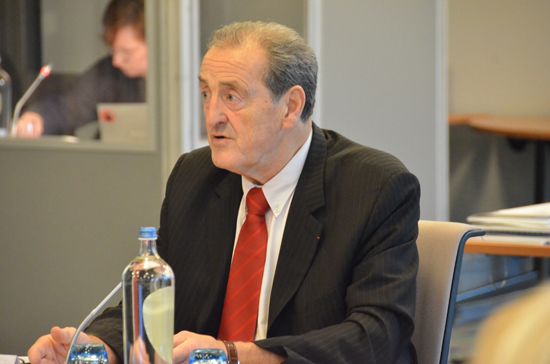 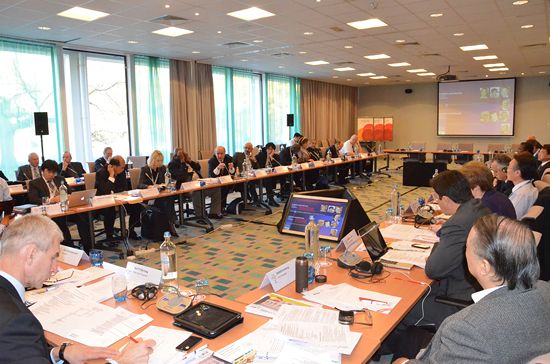 The delegates of the 2012 FISU Forum headed by the Taipei City Mayor Lung-bin Hau presented their progress report. Mrs. Odell, CESU Chair, further gave an update on the committee’s activities regarding the 2012 Forum, the 2013 Conference, the FISU International Educational Centre (IEC) and the 2013 Rectors’ Forum. Laurent Briel, WUC Director gave an update on the progress of the 2012 World University Championships. 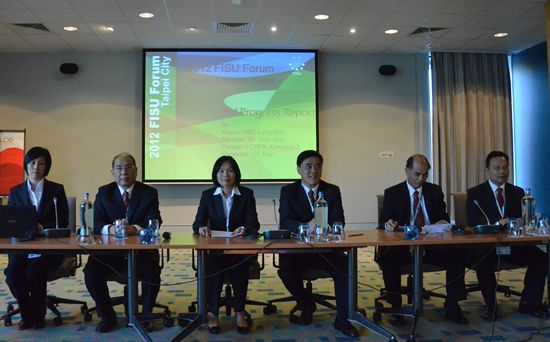 WU Director Milan Augustin and WU Technical Chair Roger Roth presented the internal report regarding the Maribor Winter Universiade in 2013. Then the floor was given to the delegates of the Organizing Committee of the 2013 Winter Universiade to give the host city progress report. 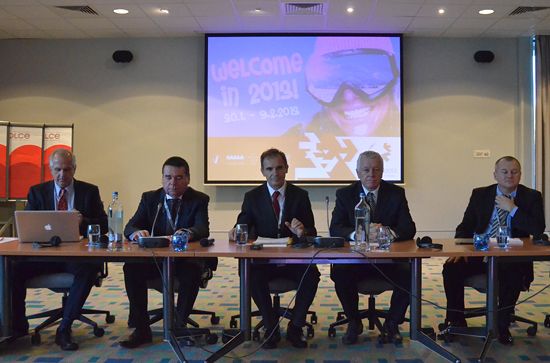 Next, the internal report for the 2015 WU in Granada was presented, followed by the progress report of the OC delegates. Summer Universiade Director Marc Vandenplas gave report on the Shenzhen Universiade debriefing in Kazan, which was very successful. As this was the first time such an extensive debriefing was done, it will be included in the observer program for the next editions of the Universiade. He also discussed the upcoming inspection visit in Kazan with all new appointed Technical Chairs. 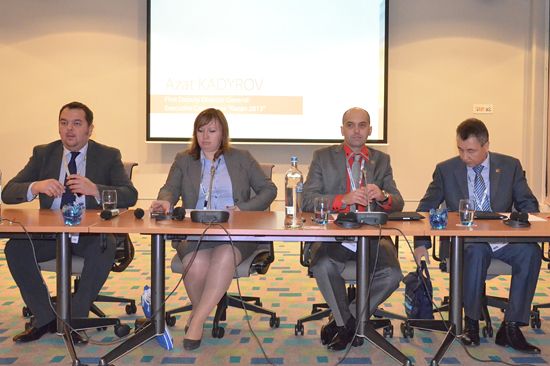 Then the floor was given to the Kazan OC to present its progress report. Kazan organisers are striving to organise the largest universiade so far, also in terms of sports offered. The dates for the FISU Conference were fixed, as well as the proposed theme University and Olympic Sports: Two Models, One Goal. 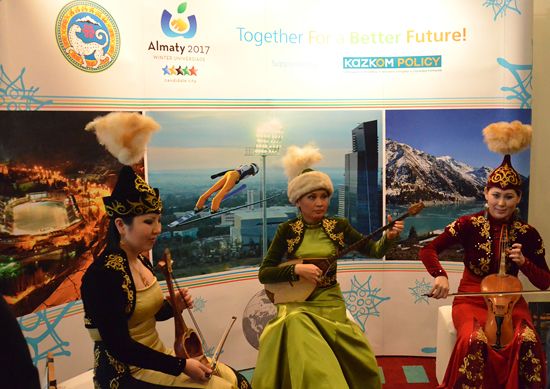 The session ended with an overview of the 2017 Bidding candidates and the draw of the presentation order for the bidding cities for the next day. Almaty in the morning, Brasilia first in the afternoon, followed by Taipei City.