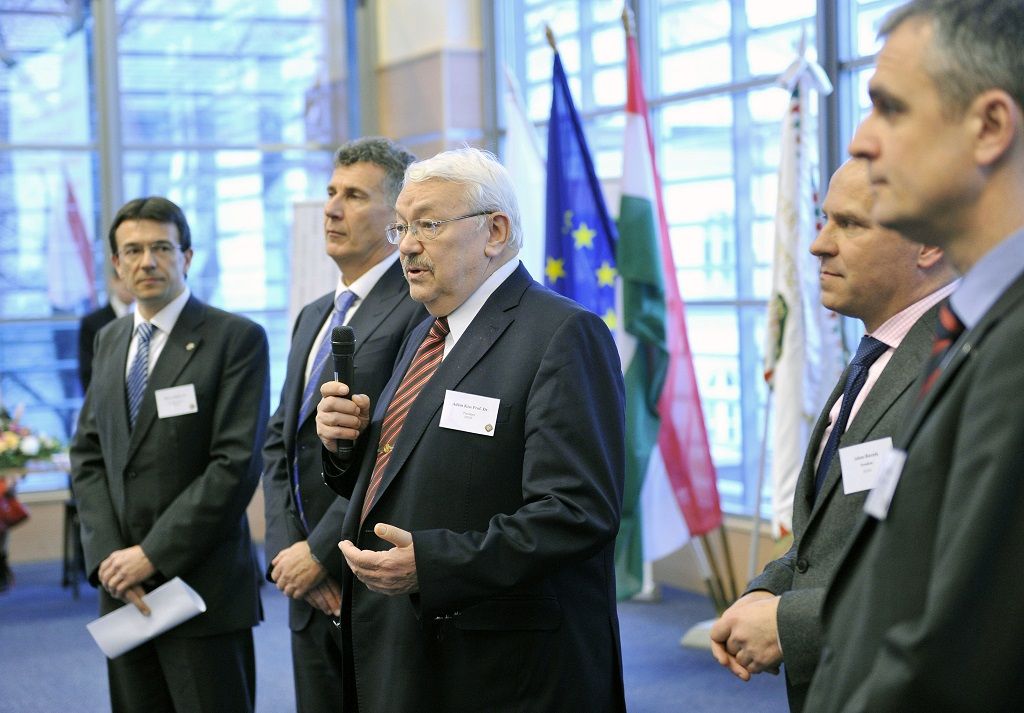 Mr Kiss afterwards presented HUSF medals of honour to the EUSA representatives. In his address to the delegates, EUSA President thanked HUSF for its continuous contribution to the development of the university sport. 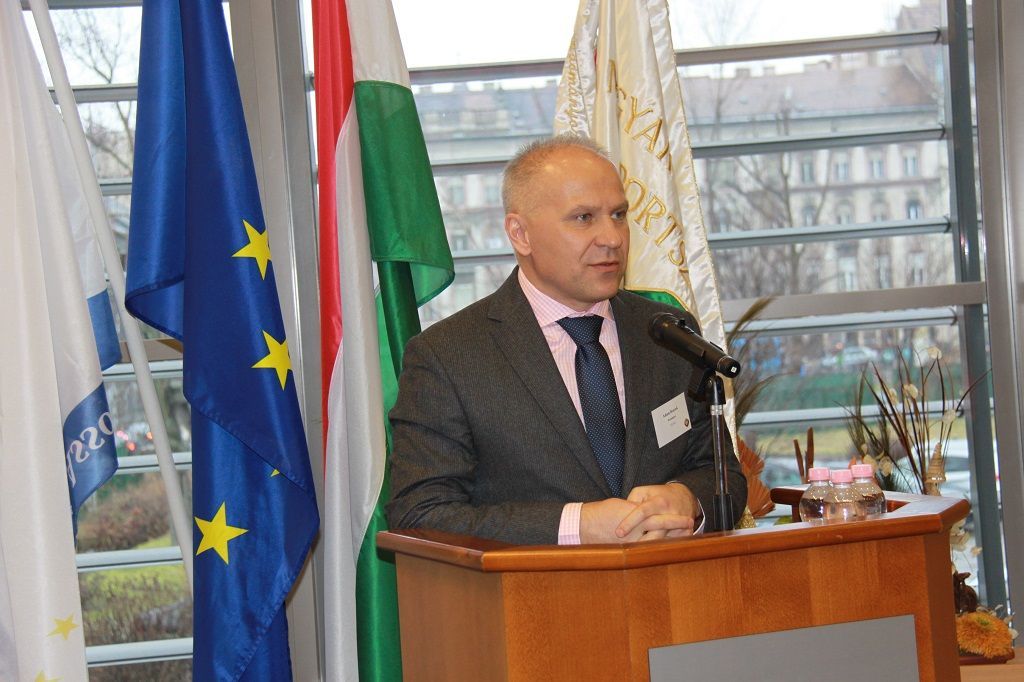 Mr Roczek added that during the last few years, Hungary has significantly increased the participation of its university teams on the European Universities Championships and Games; as well as successfully organised the first EUC last year. "We look forward to EUC Rugby 7's and EUC Basketball which will be organised in your country in 2015 and 2017", said Mr Roczek and afterwards presented EUSA plaquette to HUSF President. 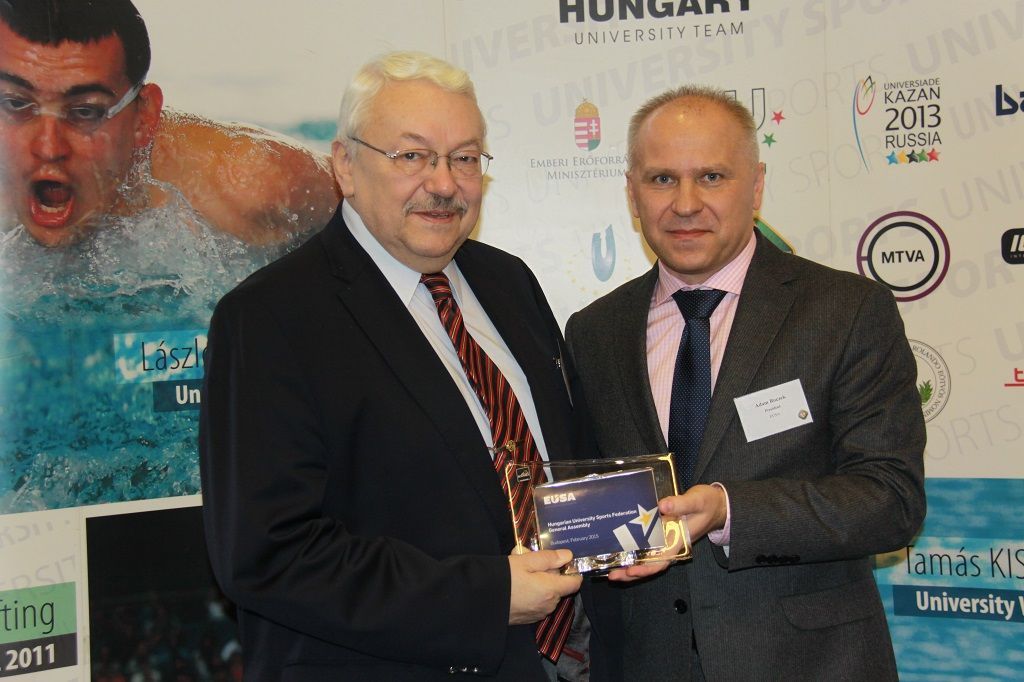 The previous year has been very successful for the federation. 3 medals at the Winter Universiade and 29 medals at the World University Championships were won by Hungarian students. For the first time in the history, a medal for Hungary was won also at the European Universities Games, as gold medal in rowing went to he Szechenyi Istvan University. Beside the annual reports, the General Assembly also approved few modifications of the statutes and the activity plan. 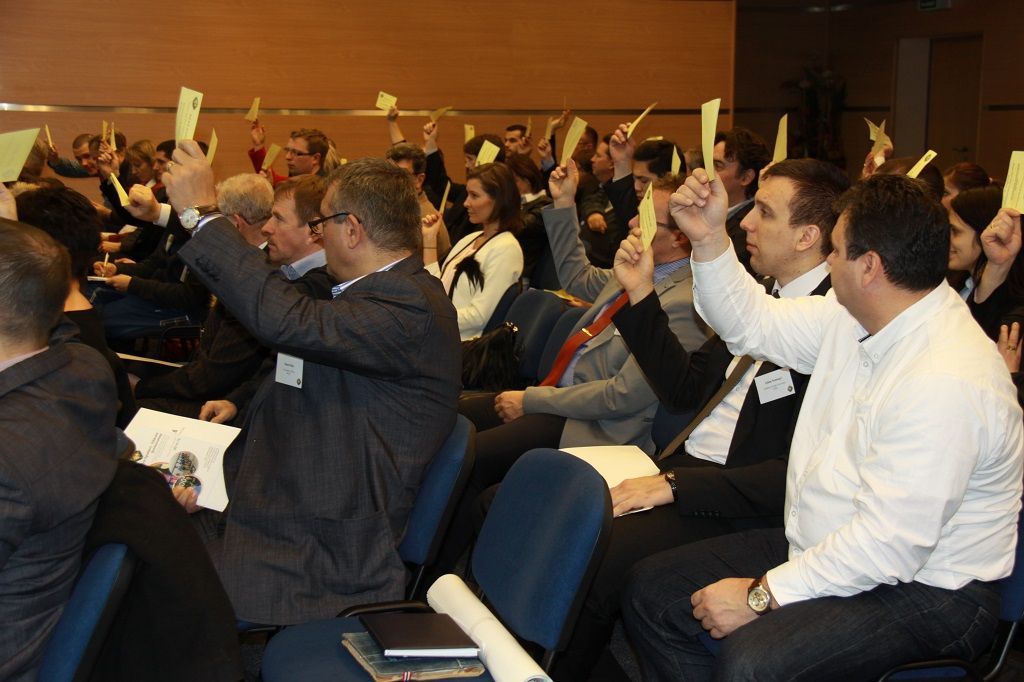 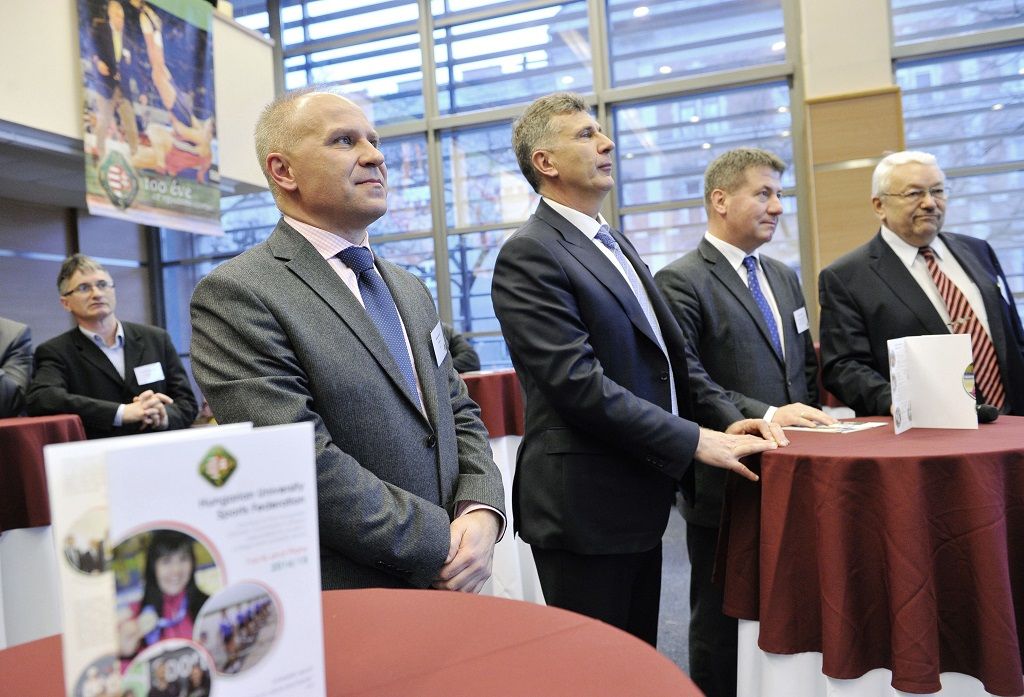 The presence of ambassadors and consuls from 26 European Countries, Brazil and China gave a special recognition to the university movement. 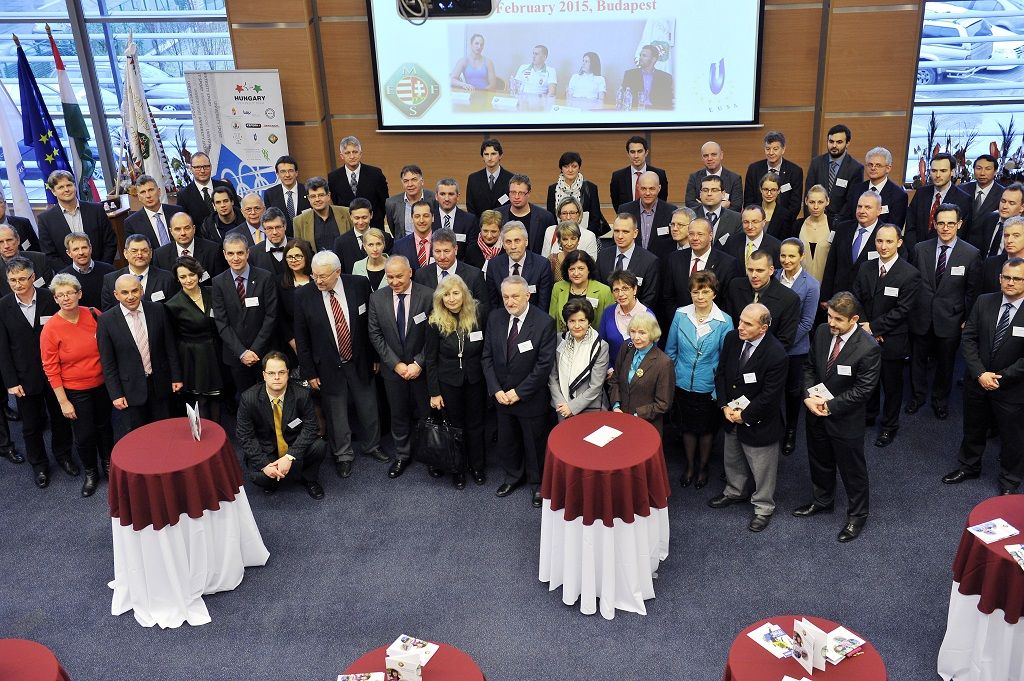 In his welcome address, the President of HUSF, Mr Kiss emphasized the potential of the university sport as well as the collaboration opportunities and possibilities on this field. Among other, Mr Kiss confirmed the engagement of Hugary to further contribute to the development of university sports both in Europe and Worldwide. Beside two European Universities Championships that will be held in Hungary in the next years, HUSF would also like to organise 2018 FISU Forum and is considering to bid for organisation of the Summer Universiade in the future. 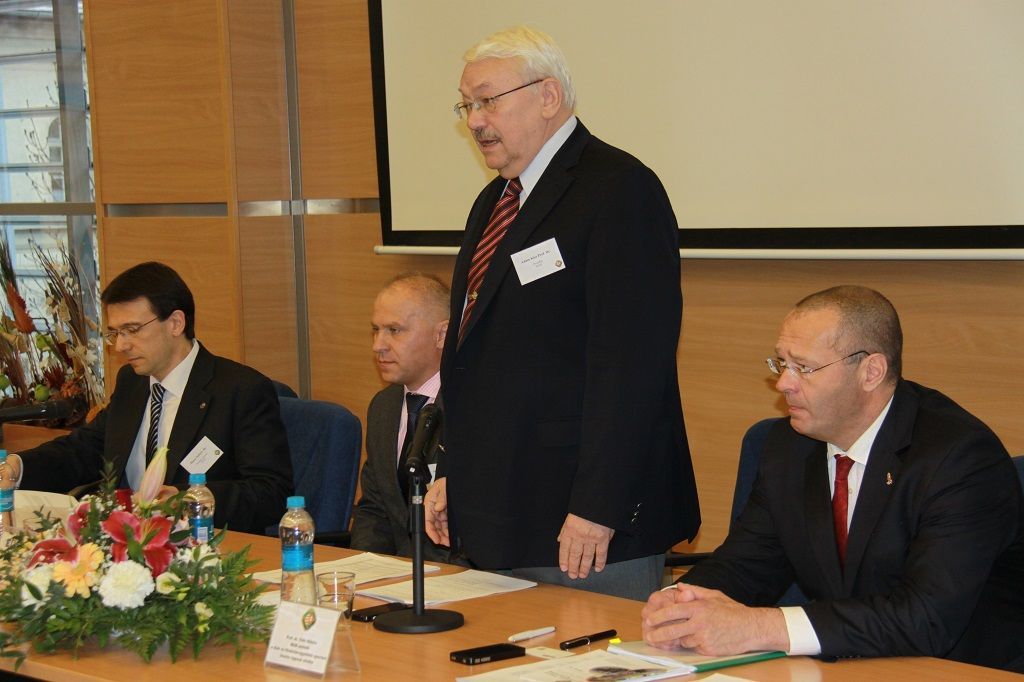 EUSA President Mr Roczek remembered the long history of university sports movement in Hungary and stressed the importance of the university sport for the society. We all look forward to see the canidature of Hungary to organise the Summer Universiade and eventualy also the Olympic Games in the near future, Mr Roczek added. Afterwards, dr. Mozes Szekely, HUSF Secretary General presented the activities and plans of the Hungarian University Sports Federation to the guests. He expressed the hope to have a lot of partners from all over the Europe in the future university sports projects. 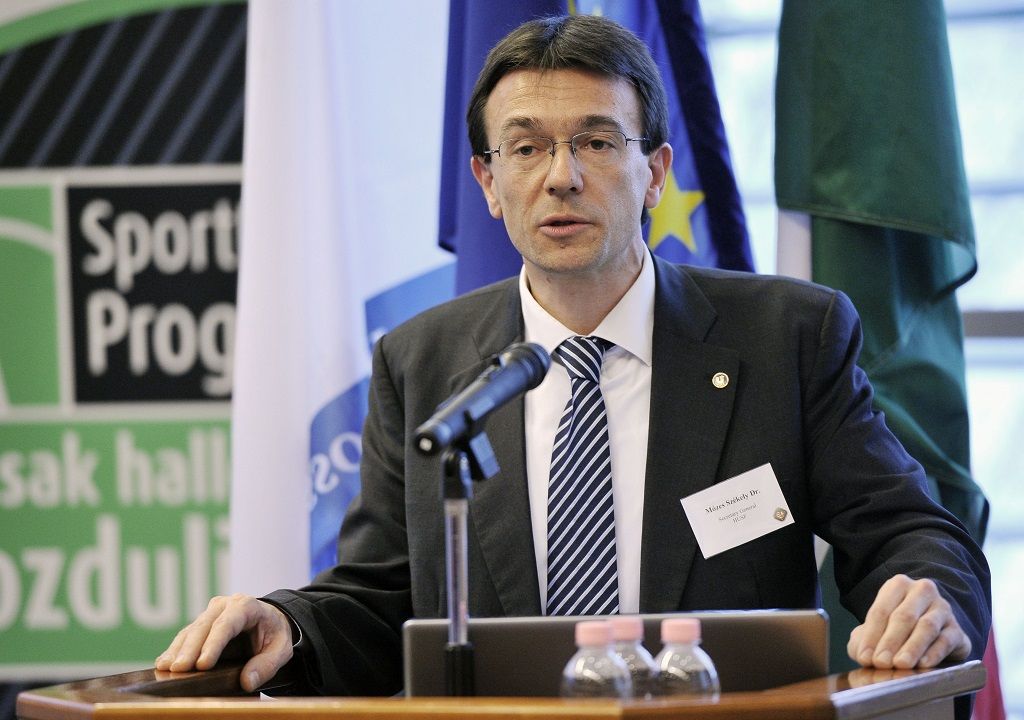 EUSA representatives will also visit Godollo and Miskolc, the host cities of the next European Universities Championships to be organised in Hungary.