The 2nd European Universities Golf Championship concluded on Saturday, September 10 with the final day of competition and the closing ceremony with award-giving following shortly afterwards.

Slovenian University Sports Association (SUSA) which has organised the event together with its partners in Otočec, Slovenia between September 6 and 10, was happy to host 17 teams - 13 men's and 4 women's from 12 different universities, coming from 8 European countries. 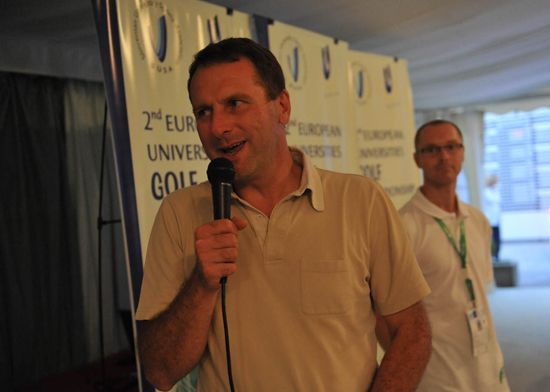 On behalf of the organisers Mr Zvjezdan Mikic, Secretary General of SUSA and Mr Joze Berus, CEO of Terme Krka congratulated all participants, thanked them for attending and awarded the medals and trophies. 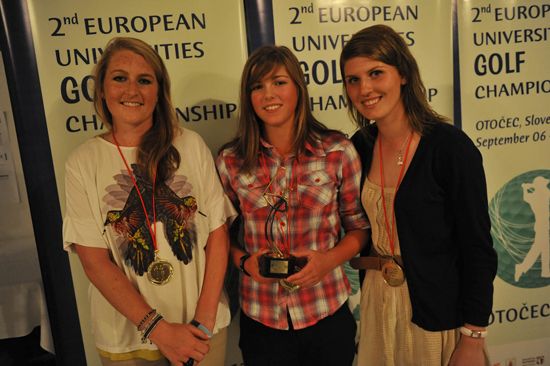 After four days of competition, the best male and female team were announced, and also the best individuals were awarded. The title of the champions in both events was fairly won by the students of the University of Stirling from United Kingdom. Individual gross winners are University of Stirling's students Harriet Beasley in women's event and in men's event Graeme Robertson, who played under par for all four days of the championship. The challenging, yet excellently prepared golf course demanded full attention and a lot of energy from the players, who left home a bit tired but very happy to have participated in such an event. Special thanks was also given to the volunteers, who contributed greatly to the success of the event and made sure the participating teams felt welcome in Otocec. 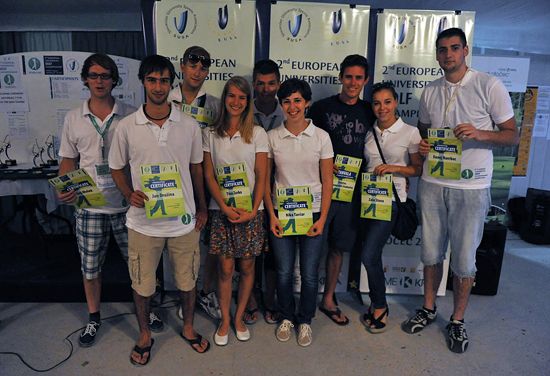 Prior to the conclusion of the event, Mr Jose Savoye, EUSA EC member and representative attended the Reception with the Mayor of Novo mesto Mr Alojzij Muhic, and thanked the mayor and the organisers for hosting the second edition of the golf championship. 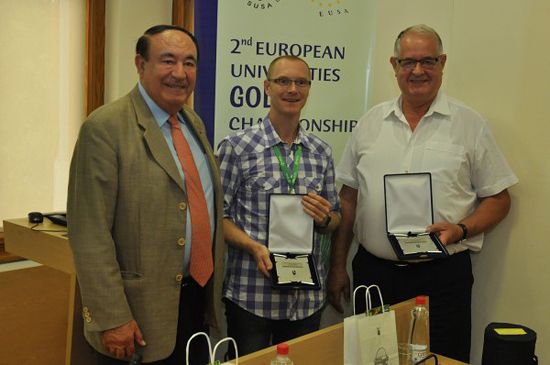 In the very end of the closing ceremony, the EUSA flag was handed over to the representatives of the French team, as the 3rd European Universities Golf Championship will take place in Saint-Saens, France in 2013. 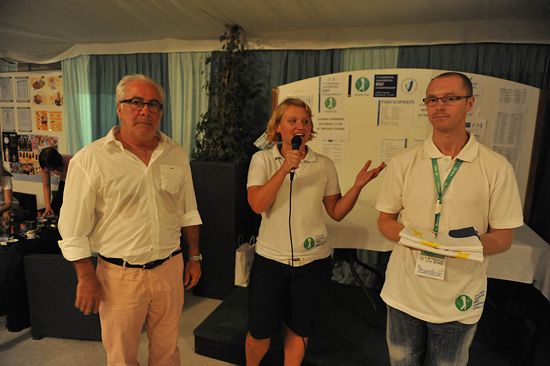