2019 #letsidus and #beactive celebrated across Europe

The 2019 #letsidus International Day of University Sport, as well as the #beactive European Week of Sport, once again brought together thousands of participants to celebrate both events and promote healthy and active living.

A number of wide-ranging activities were organised across the continent, and with the dust having finally settled on a busy and active month for many EUSA member federations, we take a look at the various activities organised in each country below:

IDUS celebrations took place in various locations, but were centred around the south eastern city of Korce, where friendly matches in mini-football, basketball and volleyball, as well as a cycling event, took place. A final celebratory event included music and singers performing with an array of instruments.

Unisport Austria’s main IDUS activities took place at the University of Innsbruck, where a unique cultural programme was organised. The federation had a stand and activity zone where the local community could meet student athletes, try different games and learn about the activities and achievements of university sports. 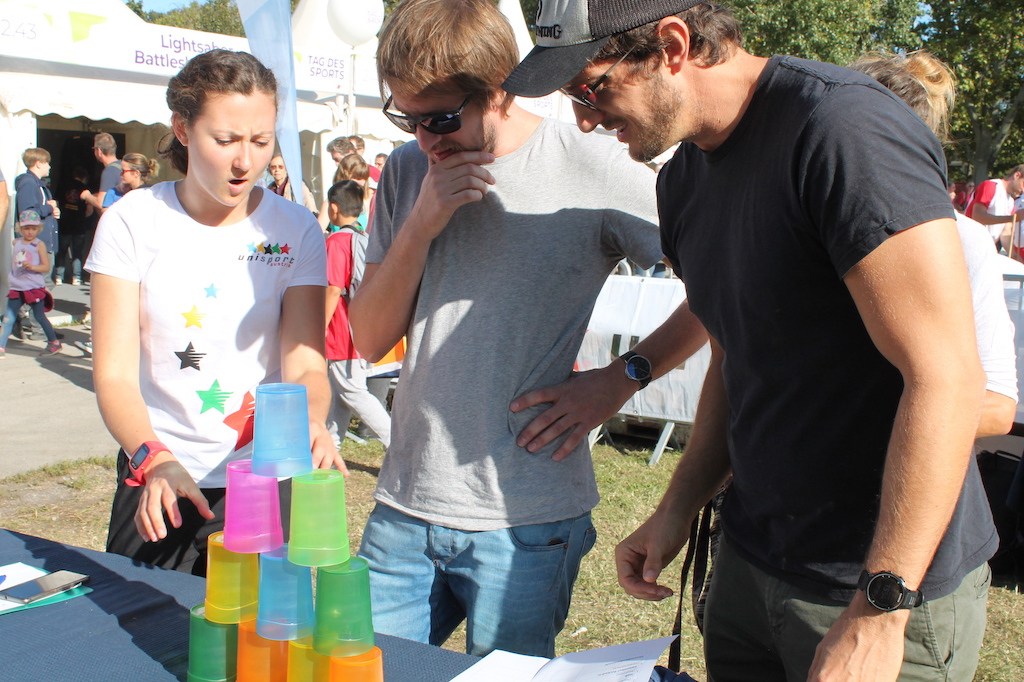 Activities were celebrated at various campuses at different universities across Belarus, with sporting events including a 5km run, mixed volleyball, football and table tennis being held. Promotions and an exhibition dedicated to the International Day of University sport was organised, while a new sport stadium was opened at Vitebsk State Technological University. 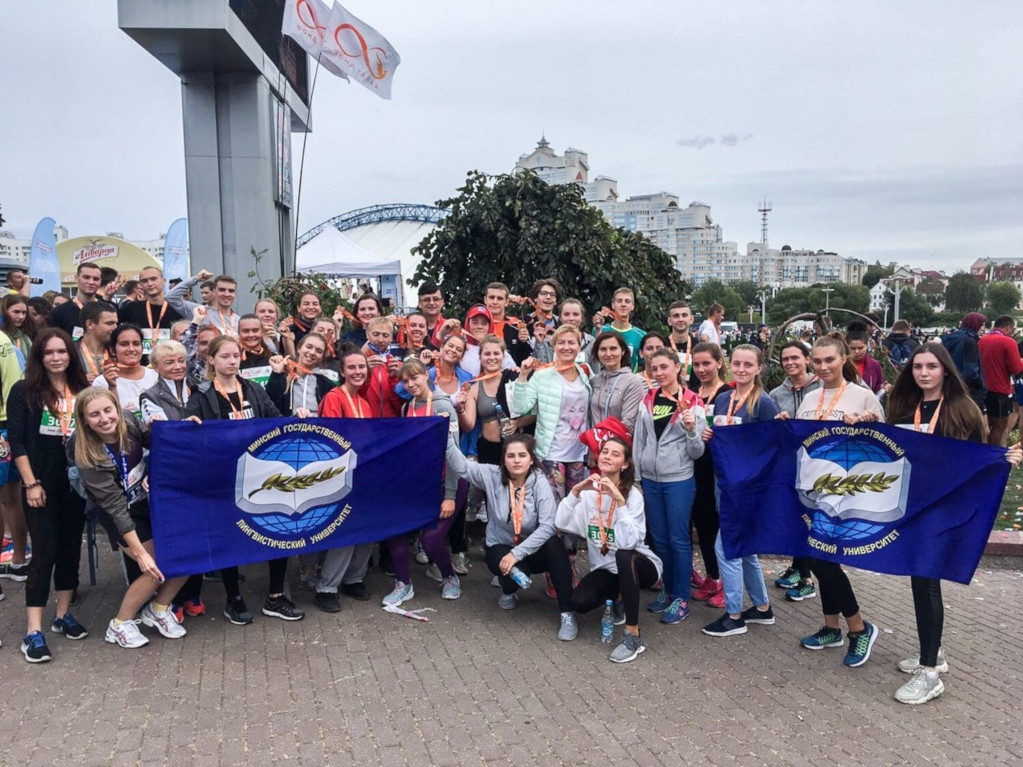 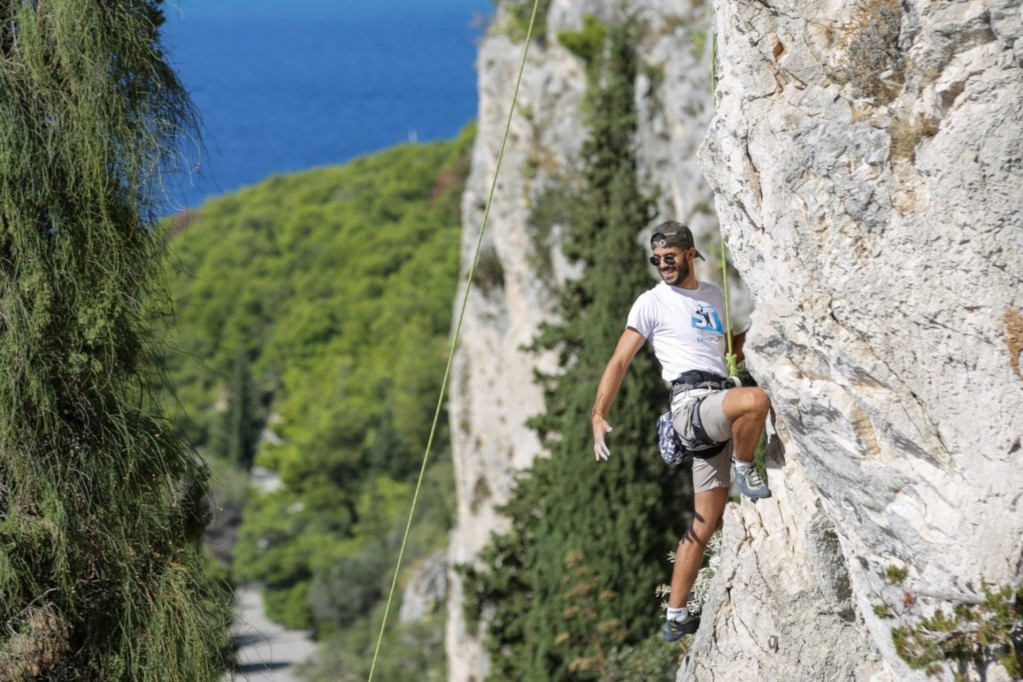 Approximately 150 students took part in events organised by student organisations at five different universities which included yoga lessons, an excursion to an adventure park and a football match. A seminar on dual career was also organised, while World Champion Cross Country Skier Matti Heikkinen was also present to talk about his career.

More than 20 higher education institutions with almost 12 500 students joined the International Day of University Sports, with activities ranging from a charity walk, dragon boat demonstration, FIT-night, stairs and running competitions, aquathlon, mini golf and a bike tour to friendly competitions in football, handball, basketball, volleyball, ping-pong and rugby, with events also inclusive of disabled participants. Following these events, the main goal of the Hungarian University Sport Federation is to integrate 3x45 minute weekly movements into students’ daily routine, which they can continue throughout their lives. 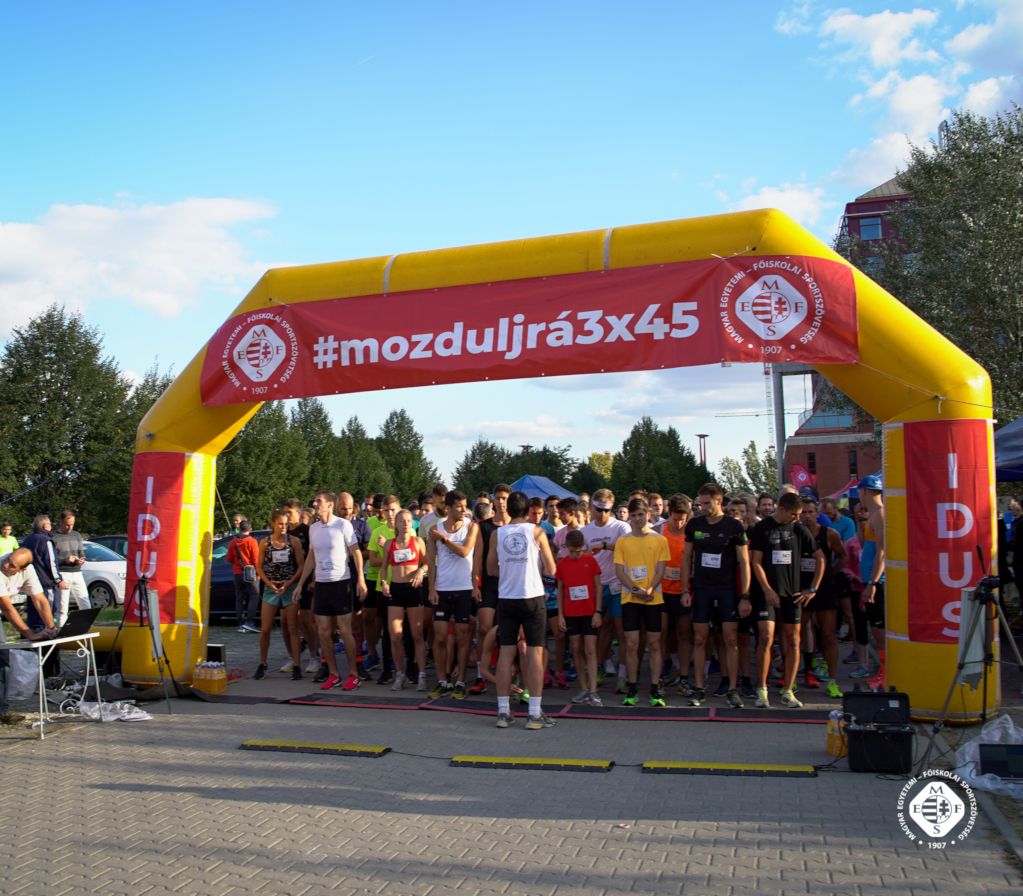 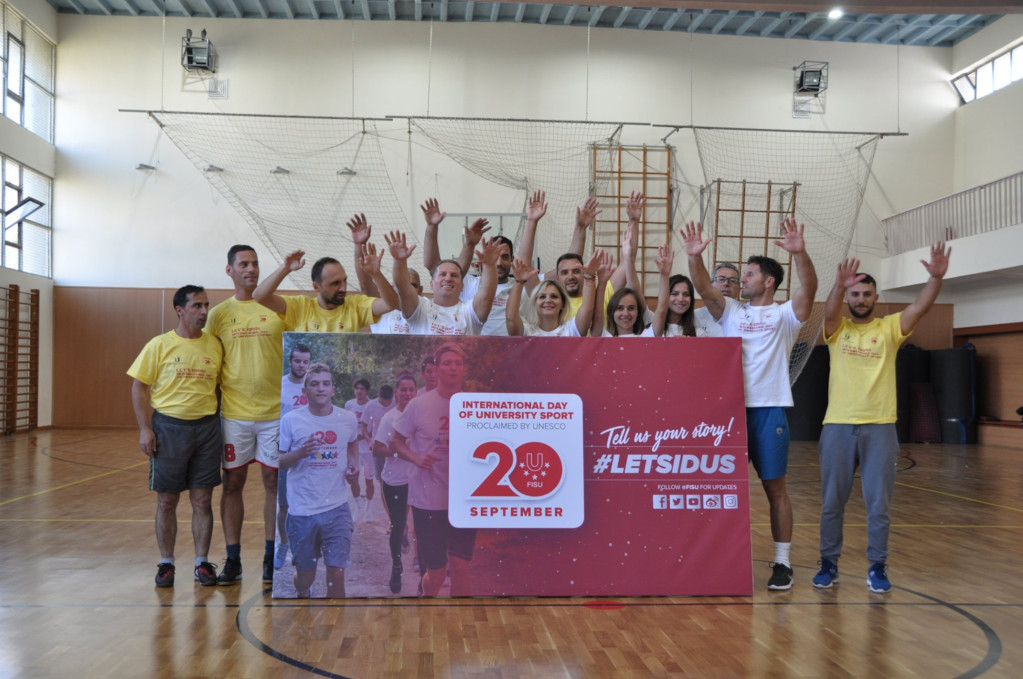 Almost 150 participants from four Latvian universities gathered to celebrate IDUS by taking part in a basketball tournament, organised for both men and women basketball teams.

The Moldavian Student and Veterans Sports Federation, in partnership with the State University of Physical Education and Sport, organised three separate events, which included an international scientific conference under the title “Sport. Olympism. Health.”; a mini-football tournament as well as a university cross-country running race. 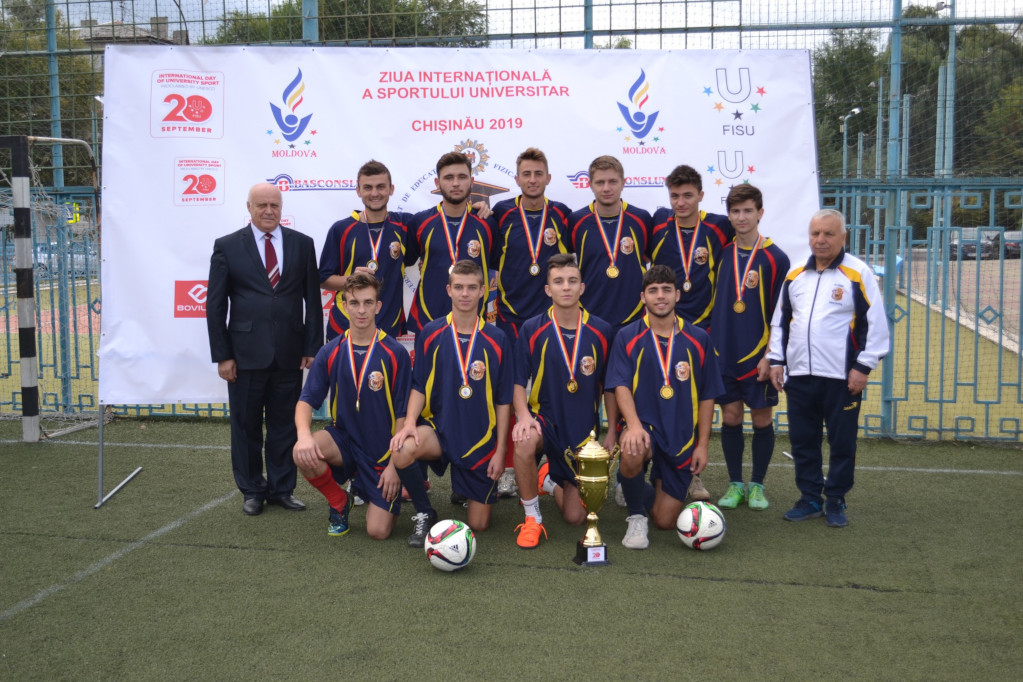 The University Sports Federation of Macedonia celebrated IDUS by organising a friendly basketball match between two of the oldest and best universities in the country, SS. Cyril and Methodius University from Skopje and St Kliment Ohridski University from Bitola. 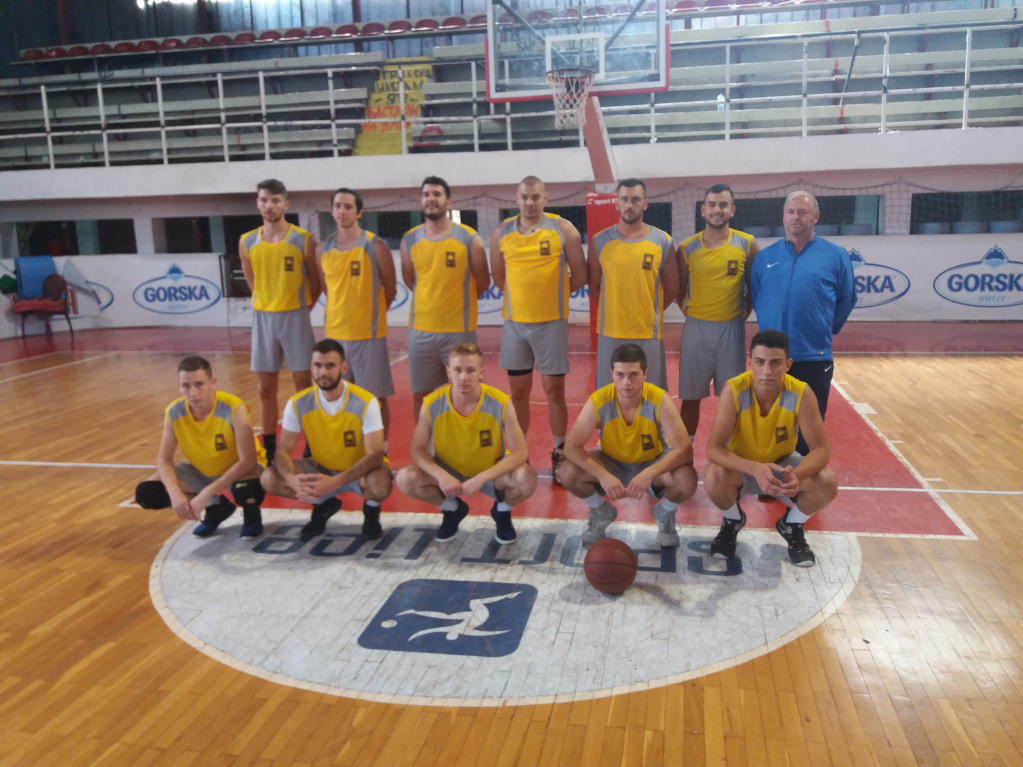 A friendly football match between two local teams in Ploiesti was organised, with some professional players giving up their kit and becoming spectators as they were replaced by students and pupils during the game, giving a chance to the youngsters to experience the feeling of being a professional athlete. Over 70 sport events involving approximately 50 000 students were organised across Russia to celebrate IDUS, with sport competitions, festivals, conferences, seminars, exhibitions, flashmobs and meetings with famous athletes forming some of the highlights of the days’ activities. Concerts were also organised to continue the celebrations into the night. Various educational and sporting activities were arranged in Slovenia, including movement testing for elderly at a Day Care Center and a talk about smart drinking. In addition, pilates and aerobic classes, kickboxing classes, a wakeboarding competition, a night run and a night hike was also organised. With the EUSA Office based in Slovenia’s capital, EUSA Office staff joined students in Ljubljana for an enjoyable sunrise hike up the nearby Smarna Gora Hill on the morning of September 20. 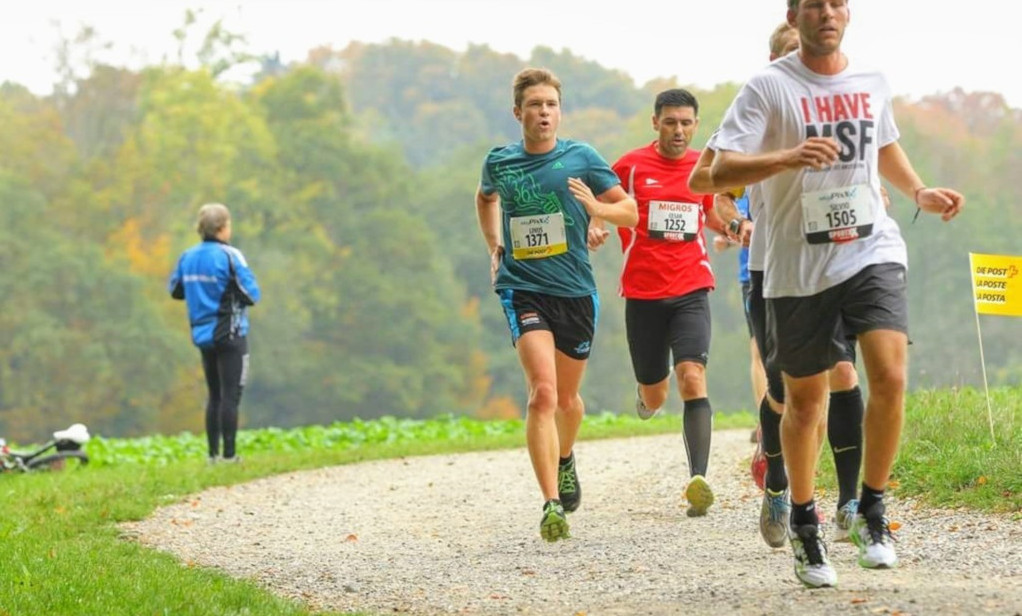 There were various events and activities held across Ukraine to celebrate IDUS, including a flashmob of jump squats, a sports exhibition, workshops on various different sports, sports competitions as well as a drawing competition. 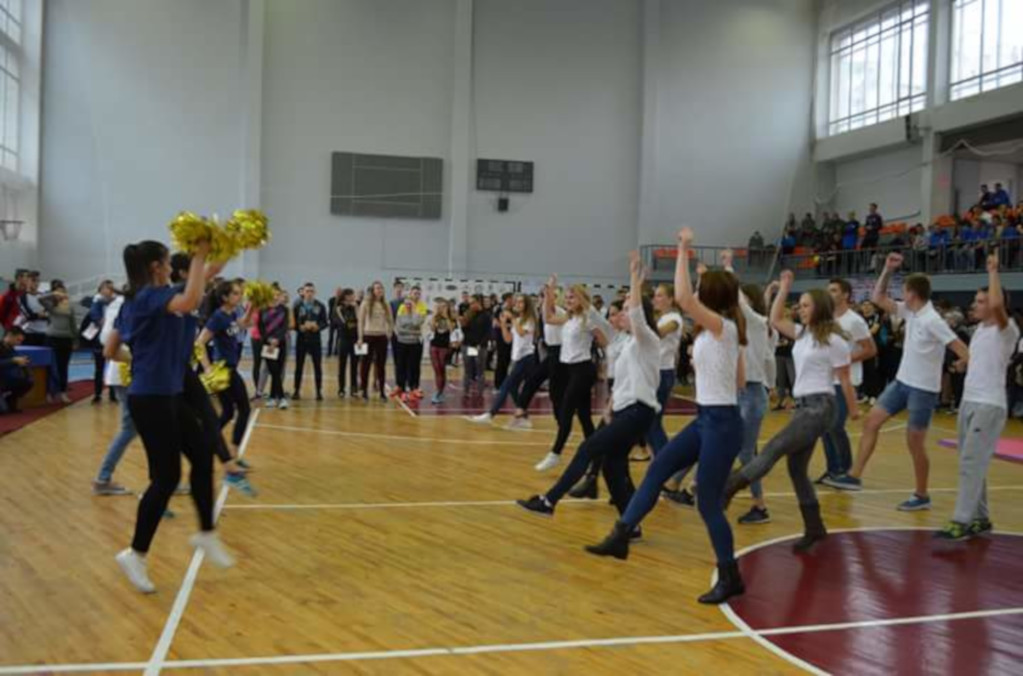