The assembly was a special one, not just because it reflected the most successful year in the history of the organisation, but also because it was an elective one. The mandate of the quadrennial term of the existing Executive Committee Members which started in 2007 came to an end, and a mew Executive Committee needed to be elected for the period 2012-2016. 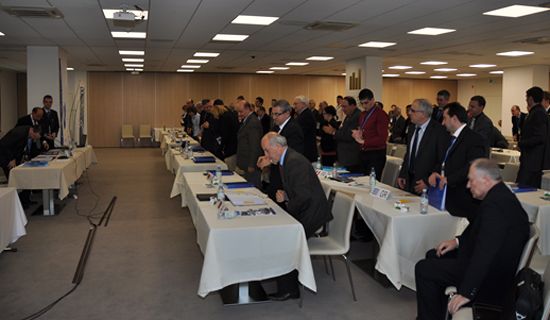 They both praised EUSA for its achievements and successes and good organisation, which also serves as a model for the rest of the continental organisations.

The Assembly then confirmed Mr Stefan Bergh from Sweden as the Chair of this year’s assembly, and the proceedings went on by approving the Agenda and the minutes of the previous Assembly. The next point brought new peak in EUSA’s history, as two federations have been accepted as new members of EUSA: Armenian Student Sports Federation and the University Sports Federation of Liechtenstein.

Representatives of both federations thanked the Assembly for accepting them amongst the EUSA Family and expressed their intention and willingness to be an active part of the organisation. On behalf of the University Sports Federation of Liechtenstein Mr Gregor Diehr, the President addressed the audience and on behalf of the Armenian Student Sports Federation prof. dr. Samvel Haroutunian, Director of International relations.

After the acceptance of new members, a quorum of 40 members present has been updated, and the agenda proceeded with the reporting section. Mr Gualtieri presented the Annual report on behalf of the Executive Committee, pointing out the major highlights and achievements of EUSA in the past year, including the preparation for the upcoming 1st edition of the European Universities Games and attribution of the 2nd European Universities Games, successes of European members at the 2011 Winter and Summer Universiades, signing of cooperation between EUSA and the Asian University Sports Federation, successful past General Assembly in Israel, focus on the topics of gender equality and anti-doping and successful cooperation with partner organisations in these projects.

The cooperation in European projects also lead to the invitation of the EUSA President to speak at the European Parliament at a public Hearing on Youth and Volunteering. Mr Gualtieri also thanked EUSA member federations, Executive Committee members, Technical delegates, other committees & working groups, with all their members and also staff for their contributions. He also specifically thanked the International University Sports Federation (FISU) as a partner and Asiana Airlines as the main sponsor of EUSA.

The floor was next given to Mr Matjaz Pecovnik, EUSA Secretary General who shared the successes of the 2011 season of the 16 European Universities Championships, which was very successful and broke all the records; both in terms of sports organised, as well as in the number of participants, universities and countries participating in these events. 3630 participants were involved in EUSA Championships in 2011, and Mr Pecovnik explained that the number of active countries is increasing. He also pointed out that policy of having all competitions for men and women is showing results, as the percentage of female athletes is on the increase. Apart from the Championships, EUSA also attributed its Patronage to three events in 2011 across Europe.

The reporting section continued by the Student Commission Report, presented by its members Mr Bruno Barracosa from Portugal and Mr Zoltan Rakaczki from Hungary. They presented their activity plan and report for the year 2011, which included the Volunteer Program, Photo Competition, Networking, Social Responsibility Program, and the support of Media and Communication. They also discussed the future plans of STC and emphasised the importance of the Volunteer Program for the current year, which concentrates on the single event European Universities Games 2012.

Annual Accounts for 2011 concluded the Reports by the presentation of the incomes and expenditures of the organisation in the past year by Mr Leonz Eder, EUSA Treasurer and the report of the Auditors Mr Zrinko Custonja and Mr Jakub Kosowski who approved the accounts, congratulated the Executive Committee and EUSA Office for the excellent work and gave some recommendations for the future. The Assembly then approved all the reports and dismissed the outgoing Executive Committee. 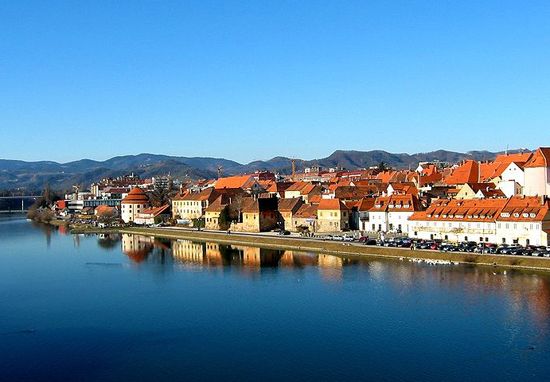 Awarding of special EUSA awards followed, recognising the achievements of the member associations, universities, teams and individuals. First, the Best University was awarded. Due to its high participation in the European Universities Championships 2011 and successes achieved in these events, the University of Coimbra, Portugal, received the Best University Award. Enno Harms Fair Play Award was presented to Barbara Jutta Maria Karches & Charlotte Arand from the University of Mainz, Germany for their extraordinary action – risking their participation & medal chances in EUC Rowing by supporting other team from another nation.

The award for the most active NUSA was received by the Russian Students Sport Union (RSSU), as they sent students from 23 different universities to 12 EUC events in 2011, several of them winning championships titles and other top results; and the NUSA also organised one Championship itself. STC Photo Competition Winner for 2011 was awarded to Mr Danilo Kesic from Slovenia for his photo taken at the 2nd European Golf Championship in 2011. The last award was a special award given to Mr Dinos Pavlou for his long-term involvement, dedication and commitment to EUSA.

The Elections of the new Executive Committee and Auditors for the period of 2012-2016 followed. The Assembly elected a new President of EUSA; Mr Adam Roczek from Poland will lead the European University Sports Association in the next 4-year term.

Composition of the new board:
President: Adam Roczek (POL)

After the congratulations of the new Executive Committee, the Assembly voted on the minor modifications of the Statutes, leaving the rest of the proposed changes to be discussed at the next General Assembly. The Activity Programme and Provisional Budget was then presented and approved after discussion.