Valencia, a wonderful Spanish city was the venue of the 8th EUSA General Assembly, which took place from December 1-3, 2006.

The representatives from 33 EUSA member federations participated on the event. Beside them, also many guests were present, including a huge number of FISU Executive Committee members, EUSA Technical Delegates, EUC 2007 Organisers and members of European bidding cities for Universiades 2011 such as Poznan, Kazan, Murcia, Maribor and of the Belgrade Universiade 2009.

After a cultural program, including a visit of Valencia Harbour, host of the next America's Cup, the Ciudad Artes y Ciencias and an Old city tour, Friday was the day of the Seminar "University, Tourism and Sport" as well as of the Convention for the European Universities Championships 2007 Organisers. 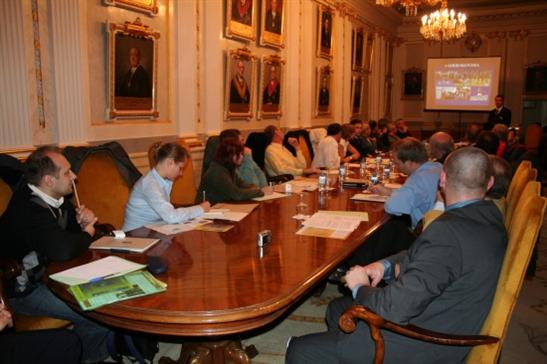 Convention for the EUC 2007 organisers
During the Convention the representatives of EUSA, Matjaz Pecovnik, Secretary General and Michel Bonfils, EUSA Technical Commission Chair, gave a general briefing on the terms and conditions as well as on examples for best practice of organisation of the European Universities Championships. Subsequently the Technical Delegates met with the Organising Committees of their respective sport in order to check all details of the organisation. Around 30 representatives from all the EUC 2007 Organising Committees and EUSA Technical delegates were present on the Convention. 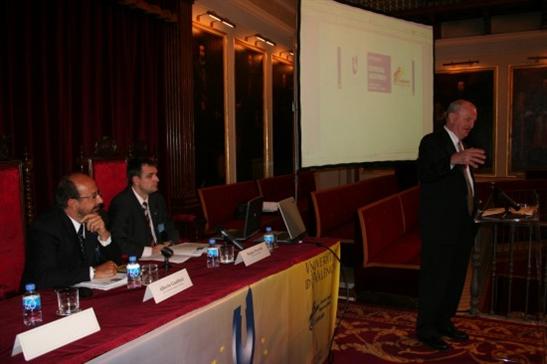 EUSA Seminar
In the EUSA Seminar, which took place at the same time, four key note speakers took the floor and stressed the important relationship between University, Tourism and Sport. Lluis Bellvis, Professor of the Department of Commercialisation and Markets Investigation of the University of Valencia expressed the local point of view. He showed the importance of great events like the America's Cup for Valencia. Leonz Eder, member of the EUSA Board and also FISU Assessor, pointed out the economical effects of university sport activities in tourist regions, with the example of Winter-sports in Switzerland. The East Europe point of view was presented by the two Russians Ekaterina Furman, Member of the board of Russian Student Sports Union and Elena Demidovich, Vice President of the Students league of the Republic of Tatarstan. They underlined the importance of the role of student sports in Russia.

The very active day before the General Assembly finished with the visit of Carmen Opera, a contemporary dance version of Bizet's Carmen in the Teatro Principal Valencia. 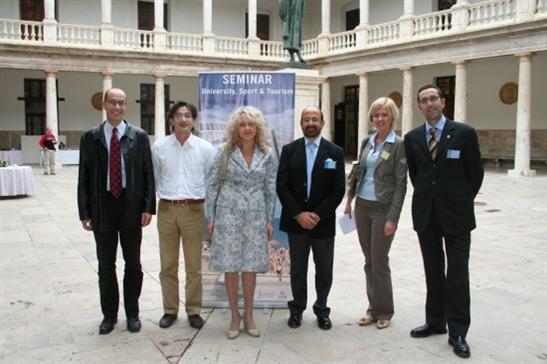 Before EUSA President Alberto Gualtieri presented the annual report to the Assembly, FISU President George E. Killian took the floor and invited the EUSA Executive Committee to host its next meeting in February 2007 in the FISU Headquarters in Brussels. He congratulated the EUSA for its great activities and for the continues support of FISU. 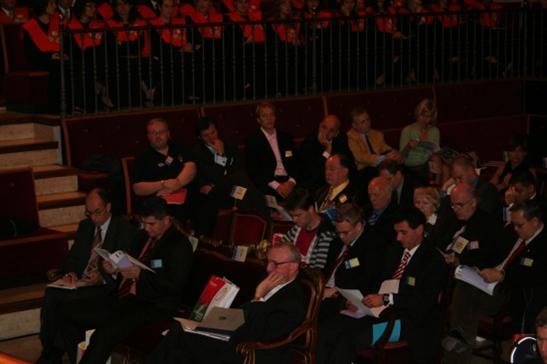 In the annual report of the Executive Committee, EUSA President Alberto Gualtieri underlined the fact, that "the act of creating a new dimension of EUSA exclusively for individual Universities and their representatives instead of a national University team, has resulted in widespread success in all the situations where this was implemented: from the Universities with their Rectors to the European Sports Federations and from the FISU to the European Olympic Committees Association. After one year's work based on intense contacts, a stronger and a different image of EUSA has emerged. We believe this in only the beginning of a path which requires some time and constancy, will be able to bring our Association to reach a relevant position within the fields of culture and University Sport in Europe, with clearly visible worldwide repercussions," he added. 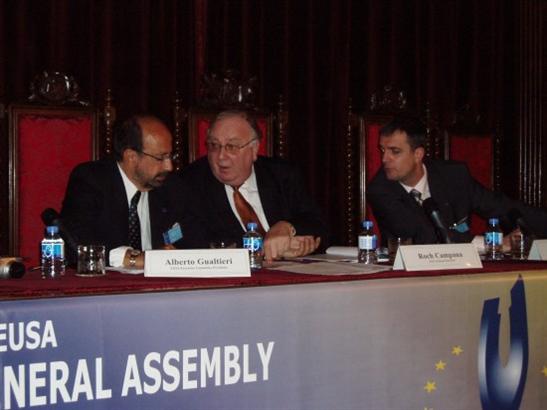 Referring to the relationship with FISU, EUSA President Gualtieri said, that Europe has also played a very important role in the FISU activities by organizing 21 World University Championships in 2006. "We think that EUSA and its members would be part of new projects for the future of FISU," he said.

The Student Commission report 2006 was presented by the STC Chairman, Rafael Gil Salinas. 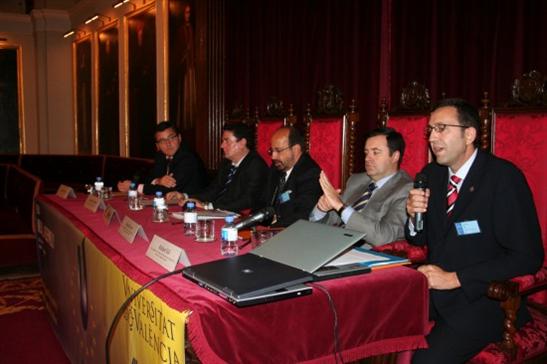 The delegates of 33 countries (out of a total of 39) accepted the annual report, but also the annual accounts for 2006 and the budget 2007, presented by Treasurer Adam Roczek. The General Assembly of EUSA, chaired by Roch Campana, accepted Montenegro as a new member, as it became an independent and sovereign state since May 21st, 2006.

The General Assembly also approved on the change of the Statutes. The mandate of the members of the EUSA EC and the Auditors will from 2007 on be 4-years. 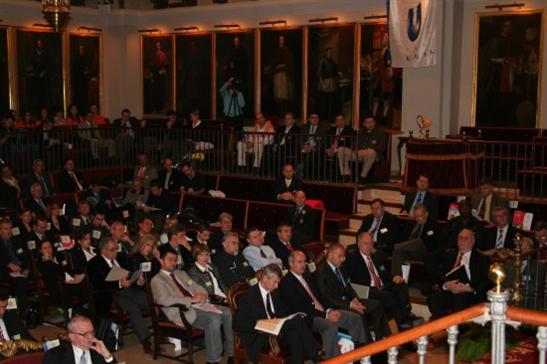 Jelka Gosnik (CRO) and Olaf Tabor (GER) were elected as EUSA Auditors until the next General Assembly, which will take place in Belgrade in December 2007.

After the General Assembly, all the members were invited to see a pilota-match in a near venue, not far from the university. In the evening the Closing Dinner was held in the Palacio de la Exposition, on which the EUSA President thanked again the representatives of CEDU, the City and University of Valencia for the superb organisation of the event.