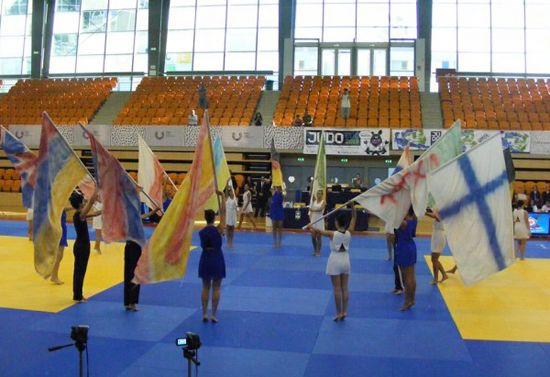 The 2nd European University Judo Championship concluded on October 6 with an exciting Closing Ceremony in Dr Mário Mexia Sports Hall. This ceremony took place during the Final Blocks and it was the perfect way to end the high quality Judo Championship. The special participation of AAC’s Gymnastics ended perfectly the event that was already being missed by the athletes. 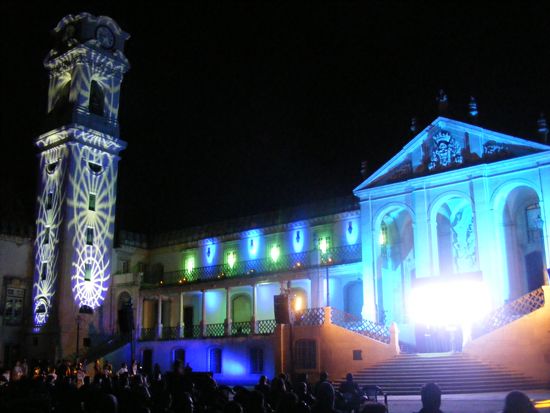 The competition was organized by the European University Sport Association (EUSA), National Portuguese Sports Federation (FADU), Academic Association of Coimbra (AAC) and University of Coimbra (UC), with contribution of Coimbra City Hall and the Portuguese Judo Federation. EUSA was represented by its president Mr Roczek, Secretary General Matjaz Pecovnik and the Technical Delegate Mr Branislav Crnogorac. The event took place in Coimbra, Portugal between October 2 and 7, 2013. 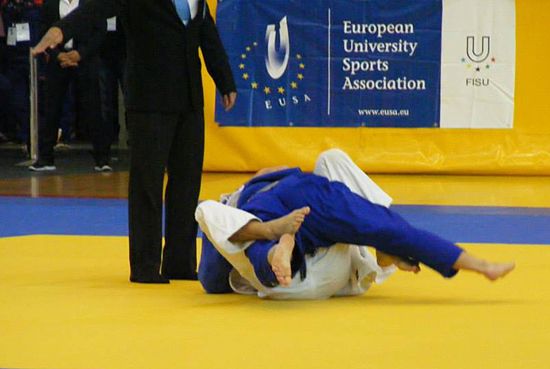 Towards the end of the event, everyone was slightly tired from competing in elimination rounds, but really excited to watch the finals that were about to take place. The environment in the Sports Hall was electrifying, and between tears and sweat, every athlete was thrilled with the performances being shown. 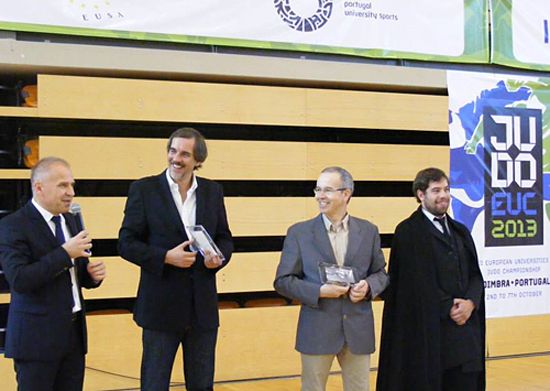 The intervention of the Rector of the University of Coimbra Mr João Gabriel Silva reflected precisely the moments being displayed, saying “congratulations to all the athletes and referees that made this competition have such a high standard”. The president of EUSA, Mr Adam Roczek, stressed the huge part that volunteers play in the organization and the quality of them. The Secretary of State of Youth and Sports, Mr Emídio Guerreiro, displayed a huge satisfaction on having the European Championships organized in Coimbra, and congratulated everyone on the organization and the President of the Academic Association of Coimbra, Mr Ricardo Morgado, was really proud on having such great critics and review on his team thanking “everyone for everything”. 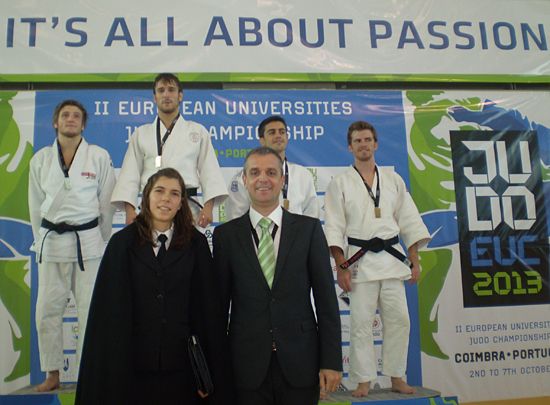 Almost 150 participants representing 62 universities from 15 countries took part in this year’s edition of the event. The competition occurred during 3 intense days, with all the matches being appealing for the participants that spent the whole day at the Sports Hall supporting each other and cheering for their favourites. After intense matches, the champion’s list includes individuals representing universities from Bosnia and Herzegovina, France, Portugal and United Kingdom. 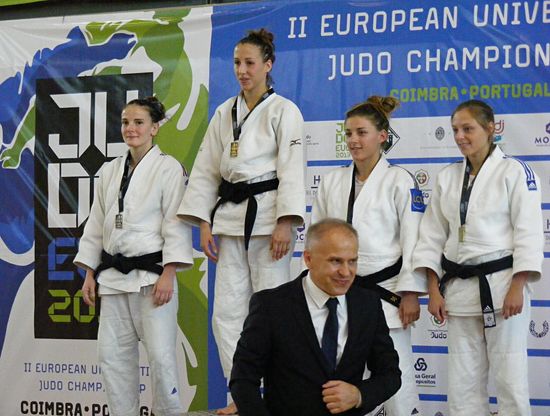 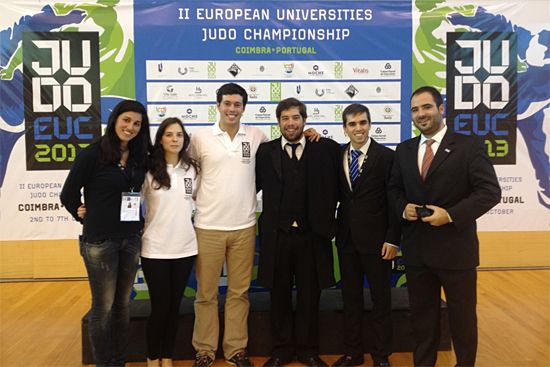 The next European Universities Judo Championship will take place in Paris, France, in 2015 and all teams are warmly welcomed to join the next EUSA Judo event. 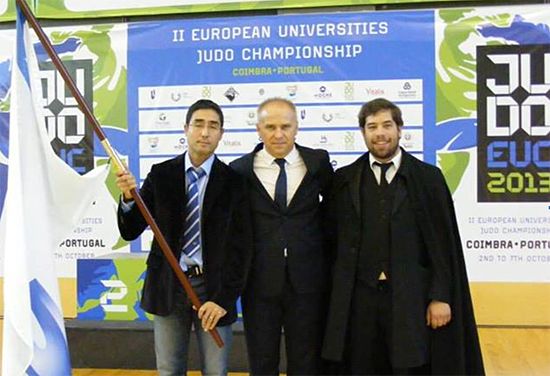 More info can be found at www.eucjudo2013.com.